If you’re in a job that you don’t like, recognize you’re probably like most of the world. Every job has its garbage detail. There is no perfect job, but while we’re in Western culture, we tend to live under the myth that our real goal is to get a job where we fulfill all our desires, that matches all our gifts, and where we’re totally fulfilled every day in what we do.

And while you might find that job for a period in life, what we must know is that in a fallen world there are no perfect jobs. In fact, there are jobs that we do for the sake of our family, for the sake of income, for survival. Those realities sometimes necessitate that we do really hard, difficult, dirty, discouraging jobs. 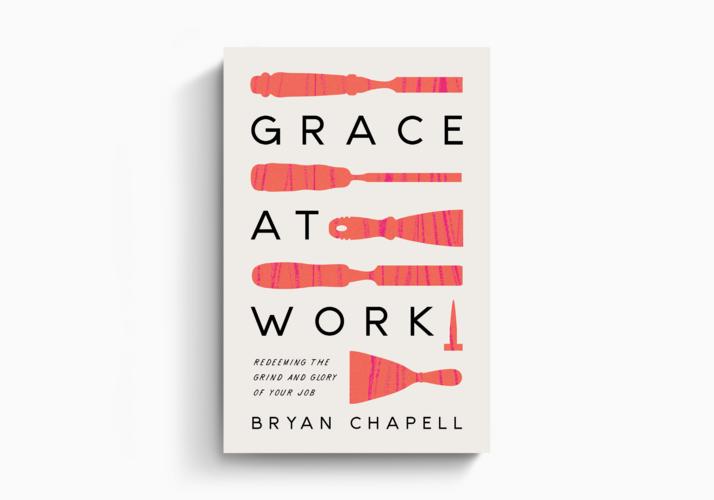 Author and pastor Bryan Chapell shares what the Bible teaches about work and how the gospel makes our jobs instruments of his grace.

Many people in the world do jobs that are repetitive, mind-numbing, and not fulfilling in terms of getting to use their gifts to the max every day. So how do we handle that?

I went to a conference one time out in the Northwest and went to one of the nation’s largest cheese-producing factories. While there, I watched a man who, all day, stood beside a conveyor belt to straighten chunks of cheese so they could rightly be packaged on a conveyor belt. And I was so thankful that was not my job. He just stood there all day, and every ten or twelve chunks of cheese he would just straighten a little bit so it would go through the packaging mill properly.

And I think, Wow, what a terrible job. Well, I have no idea about the capacities or the interests of the person involved. I think about what I sometimes call the “George Bailey Test.” Remember George Bailey in the movie It’s a Wonderful Life who got the opportunity to see what life would be like had he not lived and had he not fulfilled his earlier purposes in life?

If you didn’t do it, if nobody did it, what would be the effects upon the world?

And suddenly you recognize that this man, just by straightening cheese, is maintaining a company that maintains jobs so families can be maintained. And if he were not doing that, all of the aftereffects would be damaged. Sometimes what we are enabled to do—in God’s blessing—is to consider the downstream effects of not doing a job that is no fun at all.

And you begin to recognize that the world works and families are taken care of because we sometimes sacrifice to do the jobs that are not pleasant but are maintaining the culture, the family, the society, the people that God intends to bless by what we do.

So when we’re in a job that we don’t like so much, apply the George Bailey Test. If you didn’t do it, if nobody did it, what would be the effects upon the world? And suddenly, we begin to recognize that even in the onerous jobs, there is a glory that God intends for his people as they do what needs to be done.

Bryan Chapell is the author of Grace at Work: Redeeming the Grind and the Glory of Your Job.

Priests of God in the Workplace

You are a priest of God in your workplace. A priest represents the glory of God by showing his character and care to his people.

In the creation account, God makes the world and everything in it in six days. A seventh day follows that is set apart from the previous six in some important ways.

How Does Being Created in the Image of God Change How We Think about Our Work?

Because we're created in the image of God, reflecting him in what we do, we're also fulfilling his purposes for our lives.

Podcast: Why Your Job Has Meaning and Purpose . . . Even If You Don't Like It (Bryan Chapell)

Bryan Chapell talks about why the work you do day in and day out matters to God—probably more than you realize.