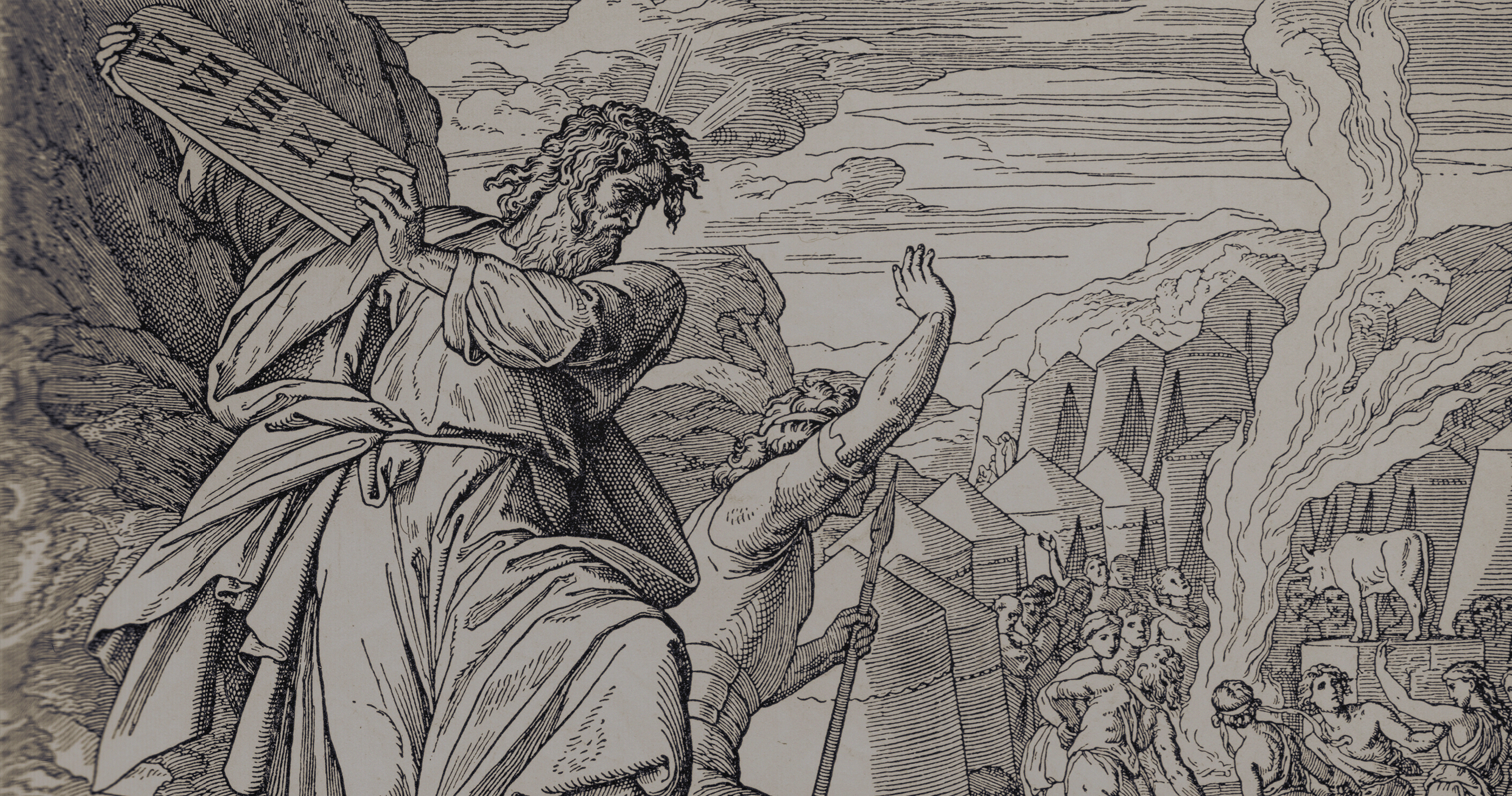 Instead of Columbus “discovering America,” suppose the American Indians had journeyed east to tell us about themselves and about the marvelous land to the west where they lived.

The Old Testament is like that: it is not the account of a human voyage of discovery, searching for God, but of God coming to tell us about himself.

Of course, now that we have the Old Testament (and the rest of the Bible), we can go on a voyage of discovery ourselves to find out more about what God has revealed and (always, as the main purpose of the book) to know God and Jesus Christ whom he sent (John 17:3), to “grow in the grace and knowledge of our Lord and Savior Jesus Christ” (2 Pet. 3:18).

The Old Testament is the beginning of God’s progressive revelation of himself.

Hebrews 1:1 notes that God revealed himself “at many times and in many ways” in the past. Adam received a bit of God’s truth, and so did Noah; God spoke more fully to Abraham, unveiling more of himself and his purposes. He revealed himself supremely in the Old Testament through Moses. Progressive revelation is a movement from truth to more truth and so to full truth.

Some things were for their own time only, later to be set aside. This happened, for example, in the case of the restrictive food laws (e.g., Deut. 14:1–21), which were repealed by the Lord Jesus (Mark 7:19); the same happened too with many of the laws designed to regulate the life of the people of God when, in the Old Testament, they were a political state with their own government. A radical change took place when the earthly kingdom of the Lord’s people was replaced by the kingdom of the Lord Jesus Christ under him as King (John 18:36).

Yet even when laws are openly or implicitly set aside, they still bear testimony to the truth. Take the food laws as an example. They were part of the way the Lord insisted that his people live a distinct life, separate from other peoples on earth. This is still a divine requirement (2 Cor. 6:14–7:1) and still applicable to the realm of appetite and indulgence. In the same way, although we are no longer constituted as an earthly kingdom, we are still concerned for equity, for the integrity of the courts, for exactness and effectiveness of criminal law, for social righteousness, and for all the other things the old laws were designed to express and safeguard in the kingdom of the first David.

Progressive revelation is not a movement from error to truth but from truth to truth, the lesser to the greater, the provisional to the permanent, the inadequate to the perfect.

The Inadequate and the Complete

As we follow the course of progressive revelation, we also see the inadequate becoming the complete.

Throughout Old Testament times the Lord dealt with his people through animal sacrifice and attached real and precious promises to the shedding of animal blood. For example, he promised atonement (Lev. 1:4) and forgiveness (4:20). These were not deceitful promises, for, as we saw in the Psalms, the people of the old covenant church actually lived in the good of peace with God, rejoicing in him in worship, knowing him as the God of mercy, forgiveness, and redemption.

The Old Testament nowhere said to its people that the animal sacrifices they made were a temporary expedient or that the benefits they enjoyed through the animal sacrifices depended on a perfect sacrifice yet to be made in the far future or anything like that. The Lord made promises, and he attached his promises to the shedding of blood. His people believed his promises, and he kept them.

Yet within the Old Testament, people began to realize, from time to time, that something better was needed. David was perplexed that his sins of murder and adultery were not covered by sacrificial provision (Ps. 51:16) yet discerned in the Lord a covering mercy that went beyond what the sacrifices could promise (51:7–9).

Isaiah saw that ultimately only a person could substitute for persons. In the long run, with hindsight, Hebrews 10:4 roundly acknowledges that “it is impossible for the blood of bulls and goats to take away sins,” but the precious blood of Jesus can (Heb. 10:12).

Progressive revelation is not a movement from error to truth but from truth to truth, the lesser to the greater, the provisional to the permanent, the inadequate to the perfect. Indeed, cumulative revelation might be a preferable term. The old view of the Bible was essentially correct when it said that the Old Testament is Jesus foreseen, the Gospels are Jesus come, the Epistles are Jesus explained, and the Revelation is Jesus expected—one great, eternal, agelong, developing, and climactic purpose with him as its beginning, middle, and end.

This article is adapted from 6 Ways the Old Testament Speaks Today: An Interactive Guide by Alec Motyer.

Alec Motyer (1924–2016) served as principal of Trinity Theological College in the United Kingdom, as well as pastor of several churches in England.

What Every Book of the Old Testament Is About

Brief summaries of each book of the Old Testament.

Why Study the Book of Isaiah?

Isaiah is quite lengthy, but there is great joy to be gained from diligently engaging with it.

Are You Intimidated by the Old Testament?

Do you find the Old Testament more than a little bit daunting? Don’t worry, you are not alone.