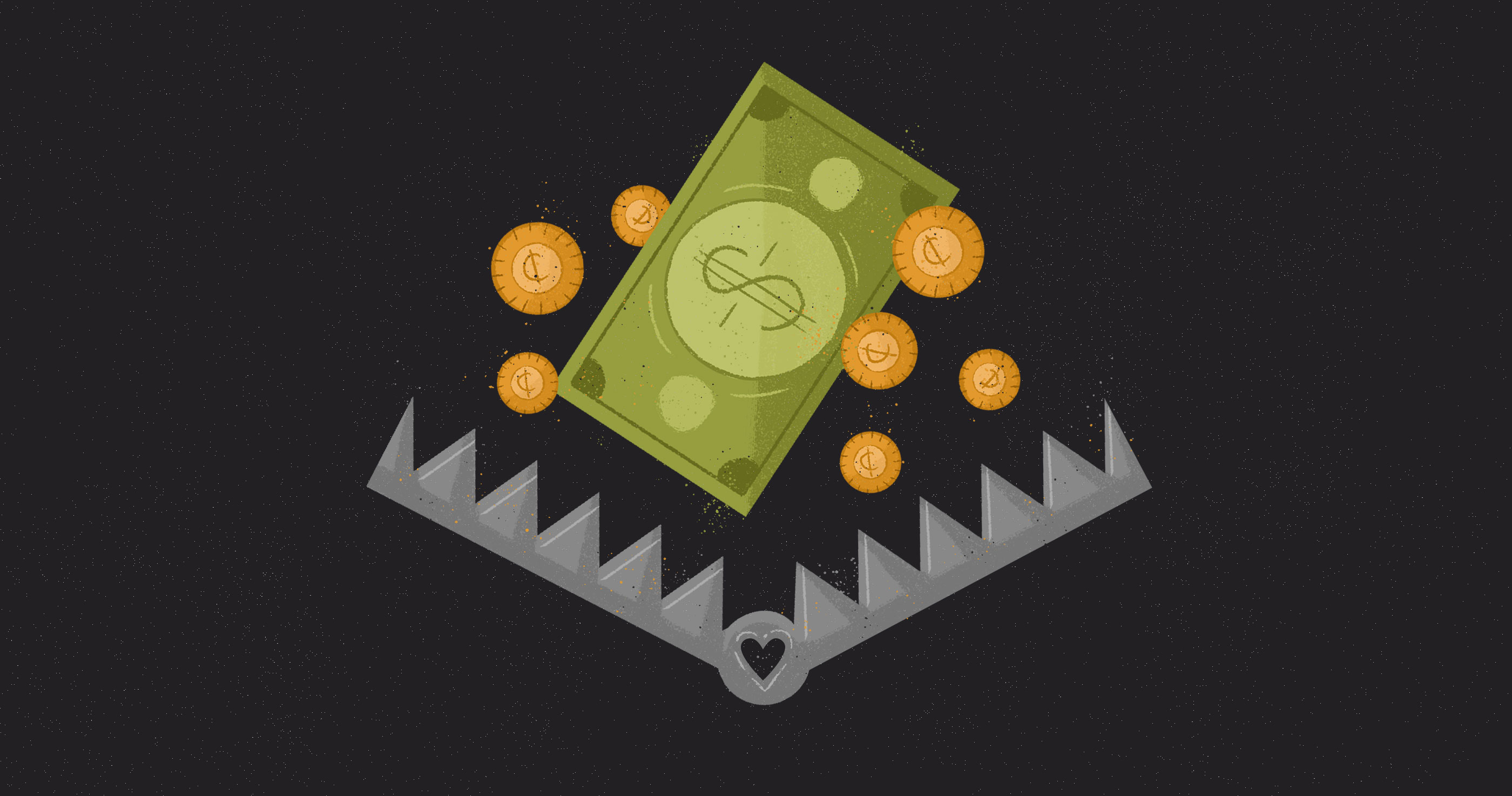 2Teach and urge these things. 3If anyone teaches a different doctrine and does not agree with the sound words of our Lord Jesus Christ and the teaching that accords with godliness, 4he is puffed up with conceit and understands nothing. He has an unhealthy craving for controversy and for quarrels about words, which produce envy, dissension, slander, evil suspicions, 5and constant friction among people who are depraved in mind and deprived of the truth, imagining that godliness is a means of gain.6But godliness with contentment is great gain, 7for we brought nothing into the world, and we cannot take anything out of the world. 8But if we have food and clothing, with these we will be content. 9But those who desire to be rich fall into temptation, into a snare, into many senseless and harmful desires that plunge people into ruin and destruction. 10For the love of money is a root of all kinds of evils. It is through this craving that some have wandered away from the faith and pierced themselves with many pangs.
—1 Timothy 6:2–10

The phrase “teach and urge these things” marks a transition from one topic to another. But what are “these things” that Timothy is supposed to “teach and urge”? A nearly identical command appears in 1 Timothy 4:11, where “these things” refers clearly to what came before, and this is most likely the case here in 1 Timothy 6:2b as well. Timothy is to teach and urge his congregation to believe and obey all that Paul has written up to this point. He is not only to teach but also to urge—Timothy is not merely to dole out information in his sermons. He is supposed to command people what to believe and do based on Paul’s apostolic instruction. His preaching must be in the imperative mood.

The “if” clause is assumed to be true for the sake of argument.1 As a rhetorical device, this statement does not establish the actual presence of false teachers in Ephesus. However, the presence of the false teachers has already been established by Paul’s previous references to them: from the beginning of the letter, Paul has confirmed that the church has been infiltrated by those who teach a “different doctrine” (cf. 1 Tim. 1:3).

Their doctrine is different in that it departs from the “sound words of our Lord Jesus Christ” and from “the teaching that accords with godliness.” “Sound” renders a Greek word that denotes health, with the figurative extension that indicates freedom from error. In that sense, sound words are healthy words. These words contrast with the “unhealthy craving for controversy” that appears in the following verse.

This healthy kind of teaching has its basis in what Jesus Christ himself taught and practiced and what he revealed to his apostles through the Spirit. Paul believed—rightly—that the Spirit of Christ was speaking through him as an apostle (2 Cor. 13:3). So “different doctrine” is a departure from the standard of Christ’s own teaching as now communicated by the apostle.

First Timothy 6:4 is the apodosis of a conditional sentence begun in 1 Timothy 6:3. The argument from 1 Timothy 6:3 to 1 Timothy 6:4 goes like this: If there are any false teachers trying to deceive the flock in Ephesus (and there are), then you should know what motivates their error. 1 Timothy 6:4 indicates that their error is due to deficiencies not of information but of character.

The primary character flaw is that the false teacher is marked by “conceit.” This term is from a noun that denotes an illusion. When applied to a person, it refers to illusions about oneself in the sense of “affectation, vanity, conceit.”2 The conceited person is deceived in his views because he is deceived about himself; he regards himself and his own opinions more highly than he ought. In the Greek, all of the character deficiencies that follow result from the fact that the false teacher is conceited.

This healthy kind of teaching has its basis in what Jesus Christ himself taught and practiced and what he revealed to his apostles through the Spirit.

A second result of the false teacher’s conceit is that “he has an unhealthy craving for controversy and for quarrels about words.” “Unhealthy craving” translates a term that means to be ill or infected with disease. Its figurative use (as here) means “to be troubled or tormented in mind.” In this sense it refers to “hav[ing] a morbid craving” for something.3 This sickness of mind is in contrast to the healthy words of Christ mentioned in 1 Timothy 6:3.

The false teacher’s conceit, therefore, leads him away from that which would bring life and healing and toward that which brings spiritual sickness and death. The false teacher craves “for controversy and for quarrels about words.” Their craving for controversy means they enjoy verbal fisticuffs. Moreover, they crave for “quarrels about words”—literally “word-war” (Gk. logomachias). A comparison with a related term in 2 Timothy 2:14 reveals that “word-war” is not mere hair-splitting about this or that theological nuance—it is not a quibble over semantics. “Word war” seems specifically to indicate war against the Word of truth, and this is what the false teacher craves. He not only wants to fight; he wants to fight against the revealed Word of God (cf. comment on 2 Tim. 2:14).

The false teacher’s craving for “word-war” produces division within the church; in particular, “envy, dissension, slander, evil suspicions, and constant friction.” The false teachers relish division; they lash out with their words and say nasty things about people. And, in the midst of it all, they bear “evil suspicions,” or “speculations.” They are constantly introducing new conjectures and opinions to God’s people with no basis in Scripture. As a result, they produce “constant friction” in and among people who are “depraved in mind and deprived of the truth.” Thus the minds of the “word-warriors” are morally corrupted and, as a result, become devoid of truth. Those whose minds become so corrupted will be “imagining that godliness is a means of of gain.” The false teachers do what they do in order to enrich themselves.

The false teachers treat “godliness” as a means of material “gain.” Godliness is in fact a means to “great gain,” but not the kind of gain the false teachers crave. Spiritual gain follows whenever real godliness is joined with contentment, with satisfaction with what God has given. If God has given little, contentment is satisfied with and thankful for that little bit. If God has given wealth, contentment is satisfied with and thankful for that wealth. This kind of contentment is a means of great gain because its satisfaction is based not on the gifts but on the Giver. It is not constantly and insatiably seeking for more. It understands that man brings nothing into this world and can take nothing out. Therefore, believers should not act as if material possessions were the key to the good life, because they are not. The good life is in godly contentment, not in the acquisition of more possessions and wealth.

The desire for riches results in temptation toward evil. This desire is a “snare” because it traps the greedy by their own desires. Once the desires are enacted in deeds, they result in “ruin and destruction.” This is why Paul warns not against the use of money but against the illicit and idolatrous desire for it. Money itself is not the root of all kinds of evils. Nor is the use of money. Rather, it is the love of money that brings forth countless kinds of evil in a person’s life. And so Paul warns that “this craving” for money can lead someone to “wander” away from the faith.

This article is by Denny Burk and is adapted from ESV Expository Commentary: Ephesians–Philemon (Volume 11). 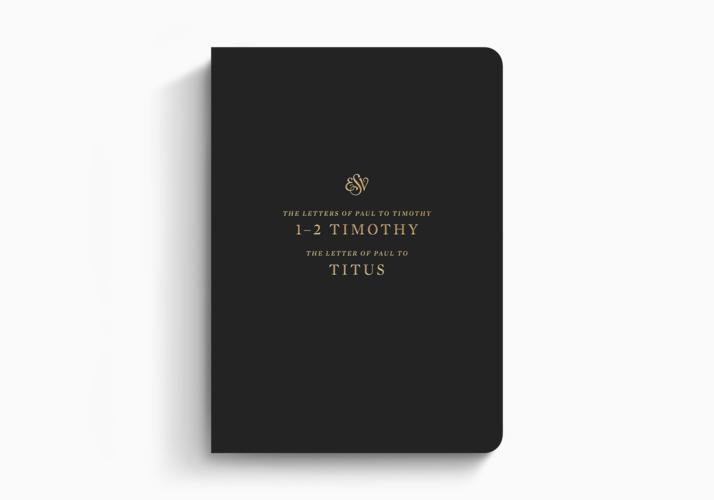