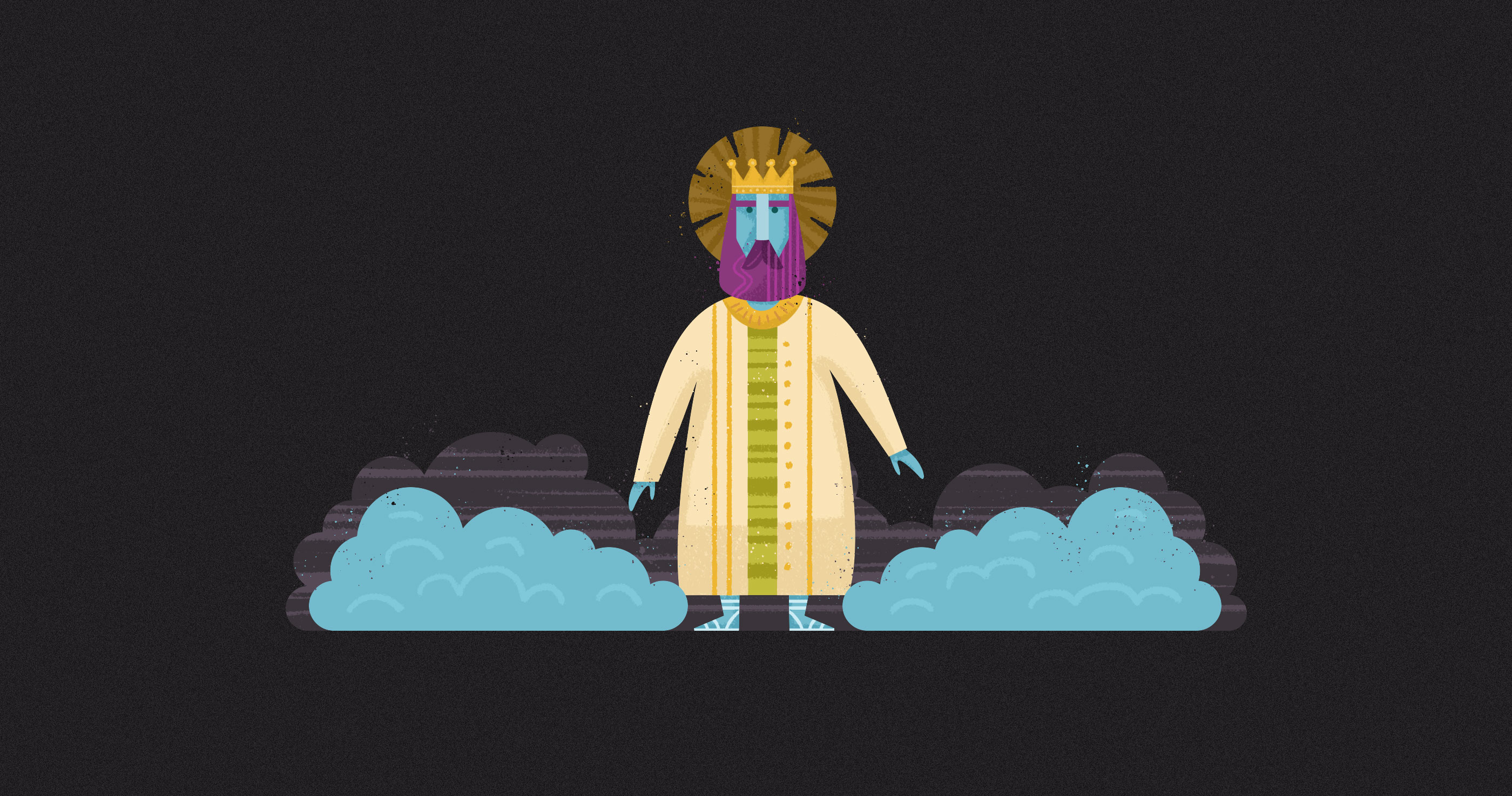 13But we do not want you to be uninformed, brothers, about those who are asleep, that you may not grieve as others do who have no hope. 14For since we believe that Jesus died and rose again, even so, through Jesus, God will bring with him those who have fallen asleep.15For this we declare to you by a word from the Lord, that we who are alive, who are left until the coming of the Lord, will not precede those who have fallen asleep.16For the Lord himself will descend from heaven with a cry of command, with the voice of an archangel, and with the sound of the trumpet of God. And the dead in Christ will rise first.17Then we who are alive, who are left, will be caught up together with them in the clouds to meet the Lord in the air, and so we will always be with the Lord. 18Therefore encourage one another with these words.
—1 Thessalonians 4:13–18

Paul discusses this issue in order that “you may not grieve as others do who have no hope.” Some assume mistakenly that this verse implies that Christians should never grieve at all. However, even our Lord grieved the death of his friend Lazarus and wept for the pain of separation that Lazarus’s death caused his family and friends (John 11:33–36; cf. Acts 9:37–39). Paul elsewhere encourages believers to weep together amid the travails of life (Rom. 12:15; 1 Cor. 12:26). For believers, death does not have the final word, but it does cause a separation between us and those we love, which naturally produces grief.

Nevertheless, Paul encourages believers to have a different kind of grief from unbelievers—“not . . . as others do who have no hope” (cf. Eph. 2:12). Christians grieve while still living hopeful of the future regathering of believers at the resurrection (John 11:25–26).

Paul heralds the basis for Christian hope: Jesus “died and rose again” (cf. 1 Cor. 15:1–11; Rom. 6:1–5; 1 Thess. 5:10). Jesus’ resurrection confirms his victory over sin and death and displays the pattern of resurrection life that he will grant his followers at his return (cf. 1 Cor. 15:12–58; Phil. 3:20–21). Thus, in Jesus’ resurrection the church has confidence that God will raise their dead brothers and sisters in Christ. Indeed, these risen believers will be an integral part of his second coming.

Paul repeats a truth that he comprehends “by a word from the Lord.” Paul knows Jesus’ instructions to his disciples concerning eschatology, though possibly he has also received prophetic revelation from Jesus. Much of what follows clearly parallels Jesus’ teaching found in the Olivet Discourse (Matthew 24–25; Mark 13; Luke 21; cf. also comment on 1 Thess. 1:8–10). This includes the return of the Son of Man on the clouds of heaven (Matt. 24:30), the trumpet call (Matt. 24:31), the gathering of the elect from the ends of the earth and heaven (Mark 13:27), the inability to know the day of the Lord’s return (Matt. 24:42), and Jesus’ return being likened to a thief in the night (Matt. 24:43).

Christians grieve while still living hopeful of the future regathering of believers at the resurrection.

Key to the next few verses is Paul’s division between those Christians who die prior to Christ’s return (“those who have fallen asleep” or “the dead in Christ”) and those who are still living on earth when Jesus appears (“we who are alive” or those “left until the coming of the Lord”). Paul demonstrates that the dead in Christ are indeed raised at the Lord’s return, even prior to the still-living believers’ welcoming Christ.

Indeed, the dead in Christ are raised “first” (1 Thess. 4:16). Or, as Paul puts it in verse 15, “We who are alive, who are left until the coming of the Lord, will not precede those who have fallen asleep.” The “coming [Gk. parousia] of the Lord” is a common NT phrase designating Christ’s return in order to establish his eternal kingdom and rule (cf. comment on 2 Thess. 2:1).

In the next two verses, Paul provides a basic order of events at Jesus’ return, emphasizing that the dead in Christ experience resurrection glory. This sequence of events follows the contours of Jesus’ own eschatological instruction (esp. Matt. 24:30–31; Mark 13:26–27; Luke 21:27).

First, the Lord “will descend from heaven.” As Jesus mentions (quoting Dan. 7:13), the Son of Man will come “on the clouds of heaven with power and great glory” (Matt. 24:30; cf. Mark 13:26; Luke 21:27). Many images in Revelation overlap here, but especially the coming from heaven of Jesus as the rider on the white horse, escorted by angelic armies, while an angel cries out in a loud voice (Rev. 19:11–21).

Central to Paul’s argument are the words, “the dead in Christ will rise first.” Although the resurrection of the believing dead receives frequent mention in the NT (e.g., 1 Cor. 15:23, 52; also Luke 14:14; Rev. 20:4–5), Jesus’ own eschatological teaching in the Gospels does not directly state that the resurrection of the dead occurs “first” (before the living go to meet the Lord). Perhaps Paul was meditating on Jesus’ statement that the angels “will gather his elect from the four winds, from one end of heaven to the other” (Matt. 24:31; cf. Mark 13:27). Or perhaps Paul knew more from oral apostolic tradition or direct revelation.

After the believing dead have been raised, the story shifts to the believers who remain alive at the time of Jesus’ return. This verse has been the subject of much controversy, principally about what it means for living believers to be “caught up together with them in the clouds” and to “meet the Lord in the air.” Many contend this provides the exegetical basis for the theology of a future “rapture,” in which living believers are suddenly taken out of this world and are taken directly to heaven prior to the great tribulation that precedes a millennium believed to be yet in the future.

There are difficulties in 1 Thessalonians for the rapture theory. This interpretation would imply that Jesus’ glorious descent is only partial, stopping in the clouds/air briefly in order to meet the raptured Christians before returning to heaven with them. It seems more likely that Paul expects Jesus’ descent to continue from the heavens to the earth. Thus many have argued that the verb for “meet” in the phrase “meet the Lord in the air” is key to understanding these anticipated events. This Greek word for “meet” (apantēsis) appears in only two other NT texts. In the eschatological parable of Matthew 25:6, the virgins wait for the bridegroom, whom they “meet” and welcome back to the wedding feast. In Acts 28:15, Roman believers travel out to the Forum of Appius in order to welcome Paul and bring him back to Rome with them. In both Matthew 25 and Acts 28, the action of meeting involves going forth to greet an honored person, then promptly returning with the honored guest. Many instances of apantēsis in the Septuagint Greek OT follow a comparable pattern (e.g., Judg. 4:18; 11:31, 34; 19:3; 1 Sam. 13:10), and secular Greek writings use the word to speak of civic delegations going out to welcome a dignitary before returning in celebration to the city.

This would imply that, at Christ’s appearance, Paul expects the dead in Christ to be raised, followed by the lifting up of the living believers to welcome Jesus in the air, before Jesus descends to earth with his people in order to judge the world and establish fully his kingdom on earth. For Jesus’ arriving “on the clouds of heaven with power and great glory,” again see Matthew 24:30 (quoting Dan. 7:13; also Mark 13:26; Luke 21:27). Some have suggested that “in the air” metaphorically implies something like “out in the open,” perhaps in the midst of the clouds that have descended all the way to earth with Jesus. However, it is more probable that Paul intends the “air” and “clouds” to be used to designate a physical space between the earth and the heavens.

In addition to emphasizing the resurrection of the dead, it is important to stress Paul’s final clause in this verse. There, Paul expresses confidence in the eternal life of believers in the age to come: “and so we will always be with the Lord.”

Paul concludes this section with an imperative to encourage one another with this teaching. Believers in Thessalonica who were concerned about the fate of their dead brothers and sisters in the Lord should be comforted by Paul’s teaching. Jesus himself had revealed that the dead in Christ are to be raised—even raised before the living have the privilege of meeting Christ. Therefore, Christians need not grieve without hope.

David Chapman (PhD, University of Cambridge) is professor of New Testament and Archaeology at Covenant Theological Seminary. He is also the author of Ancient Jewish and Christian Perceptions of Crucifixion. He presents research and lectures worldwide. 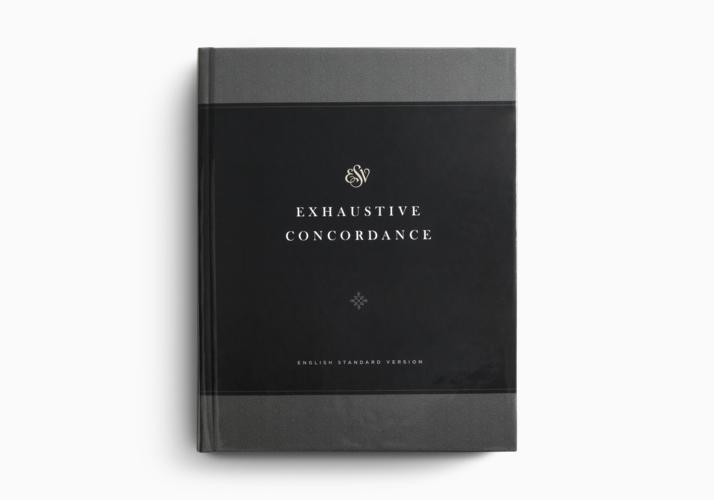