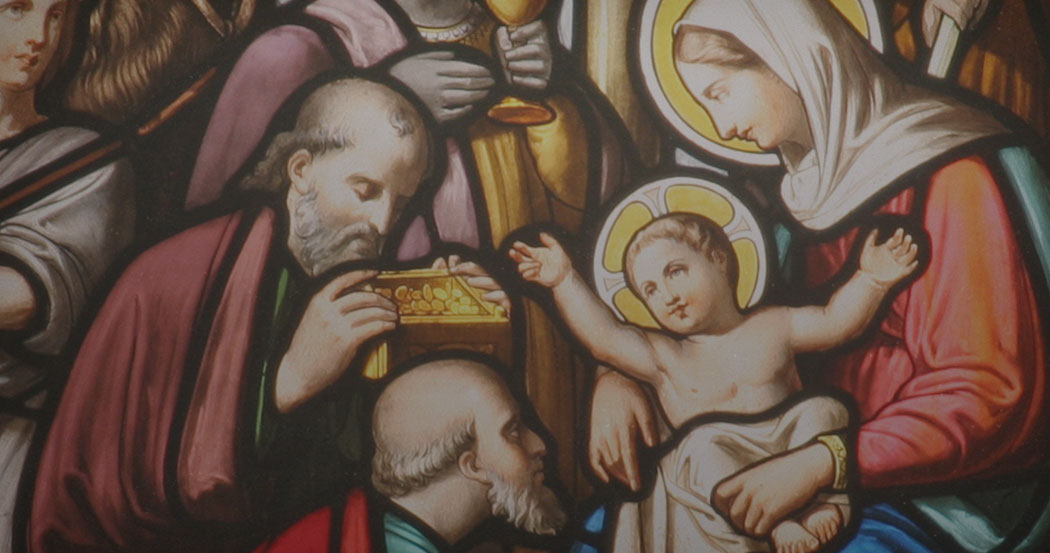 In order to appreciate the significance of Messiah’s coming—and thus to understand the true meaning of Christmas—we need to travel back in time, back to the first Christmas, before this event even carried that name. We can’t offer you a time machine, but we can point you to the earliest written witnesses to the first Christmas: the Gospels of Matthew and Luke.

These Gospel authors wrote their accounts on the basis of the eyewitness testimony of others; neither Matthew nor Luke was there on that fateful night in Bethlehem. Luke even explicitly alerts his readers to his use of eyewitness testimony in his preface. Luke’s account is that of a careful ancient historian motivated by a desire to present an accurate narrative of the events surrounding Jesus’s birth, life, death, and resurrection in order to strengthen his readers’ faith. Matthew doesn’t specifically reference his use of sources, but his Gospel would have likely been in circulation by the late AD 50s to early 60s, early enough that eyewitnesses would still have been around to provide oral source material and affirm the published contents of his Gospel.

The fact that Matthew and Luke were not present personally to observe the events they record doesn’t lessen the value of their testimony. Their Gospels reveal a concern for careful and accurate reporting; one detects a complete lack of the fanciful and over-the-top types of stories that were invented about Jesus by various authors in the second century. The Gospels are akin to the ancient genre of biography, not fiction.

The Gospels are akin to the ancient genre of biography, not fiction.

Although we can’t know for certain which eyewitnesses passed on the accounts, likely candidates include Jesus’s mother Mary as well as his half-brothers James and Jude, both of whom were leaders in the early church and would certainly have known the stories surrounding Jesus’s birth. We can safely assume that Joseph had died by the time Jesus began his public ministry because none of the Gospel accounts mentions him, but Joseph must have passed on his account of the angel’s words to others, whether Mary, his sons, Jesus, or some other close friends or relatives.

The New Testament Gospel accounts of Jesus’s birth, the so-called infancy narratives, provide a different perspective than most modern popular presentations. They are far richer and deeper than can be communicated in a children’s Christmas pageant, still manger scene on a fireplace mantle, or Christmas card. The baby would not have had a halo, and despite the famous line from “Away in a Manger”—“but little Lord Jesus, no crying he makes”—almost certainly would have cried.

Perhaps the hardest aspect of Jesus’s coming for modern readers to appreciate is its Jewish context, particularly its connection to the Old Testament. Even as the Gospel infancy narratives are more meaningful than contemporary cultural versions, they lack many of the details that have been added over the centuries.

For example, they don’t tell us about the nature of the stable (cave, open-air, wood, etc.); whether there even was a stable; whether or not there were animals nearby; or the number of the wise men (if that’s what they were; or were they astrologers?). The wise men almost certainly didn’t arrive on the night of the birth as most mass-produced manger scenes depict, and a star wouldn’t have been suspended right above the roofline.

A careful reading of the New Testament infancy narratives in their historical context will help you separate fact from fiction and clear away the brush so you can truly encounter and be changed by the Christ of Christmas.

First-century Palestinian Judaism was characterized by intense longing and expectation for God to deliver his people based on Old Testament promises. The Gospels bear witness to this expectation, but they are not alone. The desperate longing of an oppressed people finds expression in many other texts from the same time period. Messianic expectations in Second Temple Judaism were both diverse and pervasive. These texts are significant because they bear witness to active expectations that God would act through his agents to fulfill his promises at the time surrounding Jesus’s birth.

The Gospel infancy narratives bear witness to this same expectation and boldly proclaim that Jesus was the fulfillment of all these hopes and dreams.