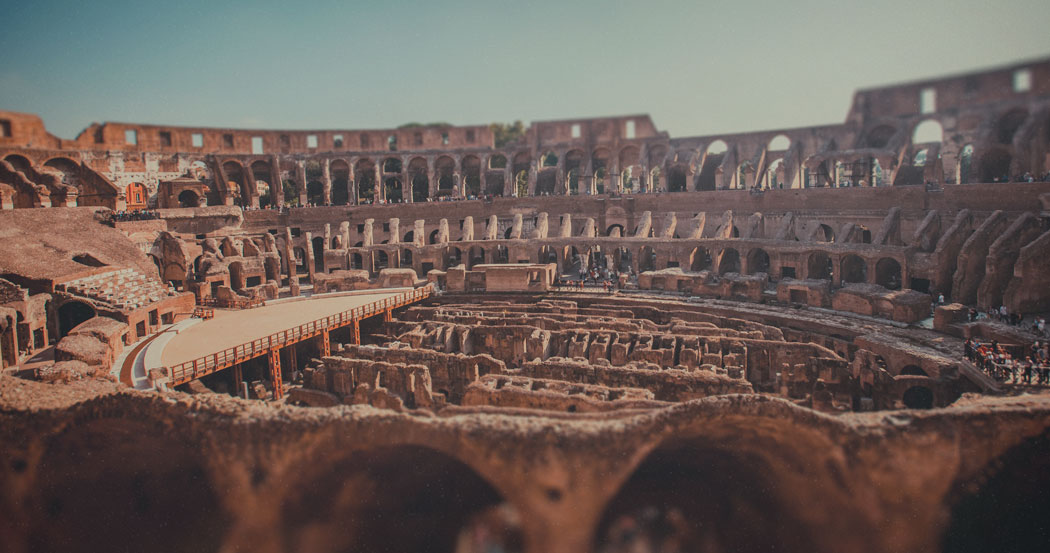 Ever since the original Star Wars movie opened in theaters in 1977, the words mentioned above have been a part of American popular culture. Each of the live-action movies in the Star Wars franchise that have been released thus far begin with these words set against a black screen. Cue the famous theme song by composer John Williams. Once the music begins, a short summary of the backstory leading up to the film scrolls upward across the screen. Once the prologue is completed, the movie begins. I get chill bumps every time I sit in a theater and the opening words appear on the screen; even my disappointment in the moribund second trilogy of movies could not take away this feeling of anticipation.

In a helpful article on historical thinking, Thomas Andrews and Flannery Burke suggest that the opening sequence in the Star Wars films reminds us of the importance of historical context. [1] I believe it also offers another important reminder to historians. The past, while often open to scholarly study, took place a long time ago in a faraway place (if not another galaxy). Many historians emphasize this point by citing the famous opening line to L. P. Hartley’s 1953 novel The Go-Between: “The past is a foreign country; they do things differently there.” [2] This is true even of the recent past. For this reason, historians must take into account matters of historical context when studying the past.

The Importance of Historical Context

You might think of historical context as everything that was in the atmosphere at the time of the subject you are studying. According to one introductory textbook, historical context “might be seen as the setting of the period” and includes “the social, cultural, political, economic, and technological milieu of the day.” [3] Christian historians (really, any good historian) would point out historical context also includes the religious and other worldview assumptions from the period under consideration.

A keen sense of historical context helps protect historians from the temptation of presentism, which is any attempt to read present assumptions back into the past. Professional historians work hard to avoid presentism. As Gordon Wood notes,

The present should not be the criterion for what we find in the past. Our perceptions and explanations of the past should not be directly shaped by the issues and problems of our own time. The best and most serious historians have come to know that, even when their original impulse to write history came from a pressing present problem. . . .

The more we study the events and situations in the past, the more complicated and complex we find them to be. The impulse of the best historians is always to penetrate ever more deeply into the circumstances of the past and to explain the complicated context of past events. The past in the hands of expert historians becomes a different world, a complicated world that requires considerable historical imagination to recover with any degree of accuracy. [4]

Presentism lends itself to a number of common historical fallacies. According to David Hackett Fischer, “A fallacy is not merely an error itself, but a way of falling into error. It consists in [sic] false reasoning, often from true factual premises, so that false conclusions are generated.” [5] Historical fallacies are rife within popular accounts of the past and can even be found among incautious professional historians.

In this introduction to history, a historian helps students understand what it means to study the past from a distinctly Christian perspective.

Casual students of history frequently assume that what is true of the present was true of the past in more or less equivalent ways. For example, consider the history of the civil rights movement. Observers sometimes assume that civil rights activists in the 1950s and 1960s were theological liberals because they were also political liberals. After all, it is quite common today, in America at least, to closely associate liberal politics and liberal theology with one another (the same holds true for conservative politics and conservative theology).

Nevertheless, as David Chappell has demonstrated, while civil rights activists were all over the map theologically, many held fairly orthodox views of human sinfulness and the need for personal redemption through faith in Jesus Christ. [6] It would be incorrect to simplistically assume that what is true of the present—or at least seems to be true—was true of the past in exactly the same way.

This is not to suggest that no continuity exists between the past and present; continuity can be demonstrated in countless ways. Christians assert there is nothing new under the sun (Eccles. 1:9); on one level, this is absolutely true. Christian historians, however, should remember that the sun shines differently, depending upon where one is standing; the shadows are always moving and sometimes clouds obstruct our view of the sky.

Remembering our distance from the past helps to keep careful historians humble. This should be especially important to Christian historians, for whom humility is both a professional best practice and a spiritual virtue. Every historian studies the past from a particular point of view. In the case of a believing historian, the Christian worldview will be integral to that perspective. Nevertheless, the past deserves to be understood according to its own terms, insofar as this is possible.

While there might be any number of legitimate ways to apply insights from the past to the present, the past deserves to be treated as more than the preamble to the present. The discipline of history recognizes that the study of the past is a worthwhile end in itself, even when the subject being studied has little to no bearing on the present. If God created everything that is, and if he providentially rules all things according to his sovereign purposes, then every moment in the past matters to God. The past should also matter to historians enough to be treated with the respect it deserves.

Notes:
[1] Thomas Andrews and Flannery Burke, “What Does It Mean to Think Historically?” Perspectives on History, January 2007, accessed October 3, 2014, http://www.historians.org/publications-and-directories/perspectives-on-history/january-2007/what-does-it-mean-to-think-historically.
[2] Most famously, see David Lowenthal, The Past is a Foreign Country (Cambridge and New York: Cambridge University Press, 1985), which is primarily a critique of nonprofessional misuses and abuses of the past. For other historians who play off of this language, see Fea, Why Study History? 47–63; and Carl R. Trueman, Histories and Fallacies: Problems Faced in the Writing of History (Wheaton, IL: Crossway, 2010), 109–40.
[3] Michael J. Galgano, J. Chris Arndt, and Raymond M. Hyser, Doing History: Research and Writing in the Digital Age (Belmont, CA: Wadsworth Cengage, 2008), 4.
[4] Gordon S. Wood, The Purpose of the Past: Reflections on the Uses of History (New York: Penguin, 2008), 10.
[5] Fischer has catalogued the most common of these fallacies in his classic work on the subject. See David Hackett Fischer, Historians’ Fallacies: Toward a Logic of Historical Thought (New York: Harper and Row, 1970). More recently, Carl Trueman has discussed how historians are often not careful enough when studying the history of ideas in particular. See Trueman, Histories and Fallacies.
[6] David L. Chappell, A Stone of Hope: Prophetic Religion and the Death of Jim Crow (Chapel Hill, NC: University of North Carolina Press, 2004).

This article is adapted from History: A Student's Guide by Nathan Finn.

Nathan A. Finn (PhD, Southeastern Baptist Theological Seminary) is the dean of the School of Theology and Missions and professor of theological studies at Union University. Nathan lives in Jackson, Tennessee, with his wife, Leah, and their four children.