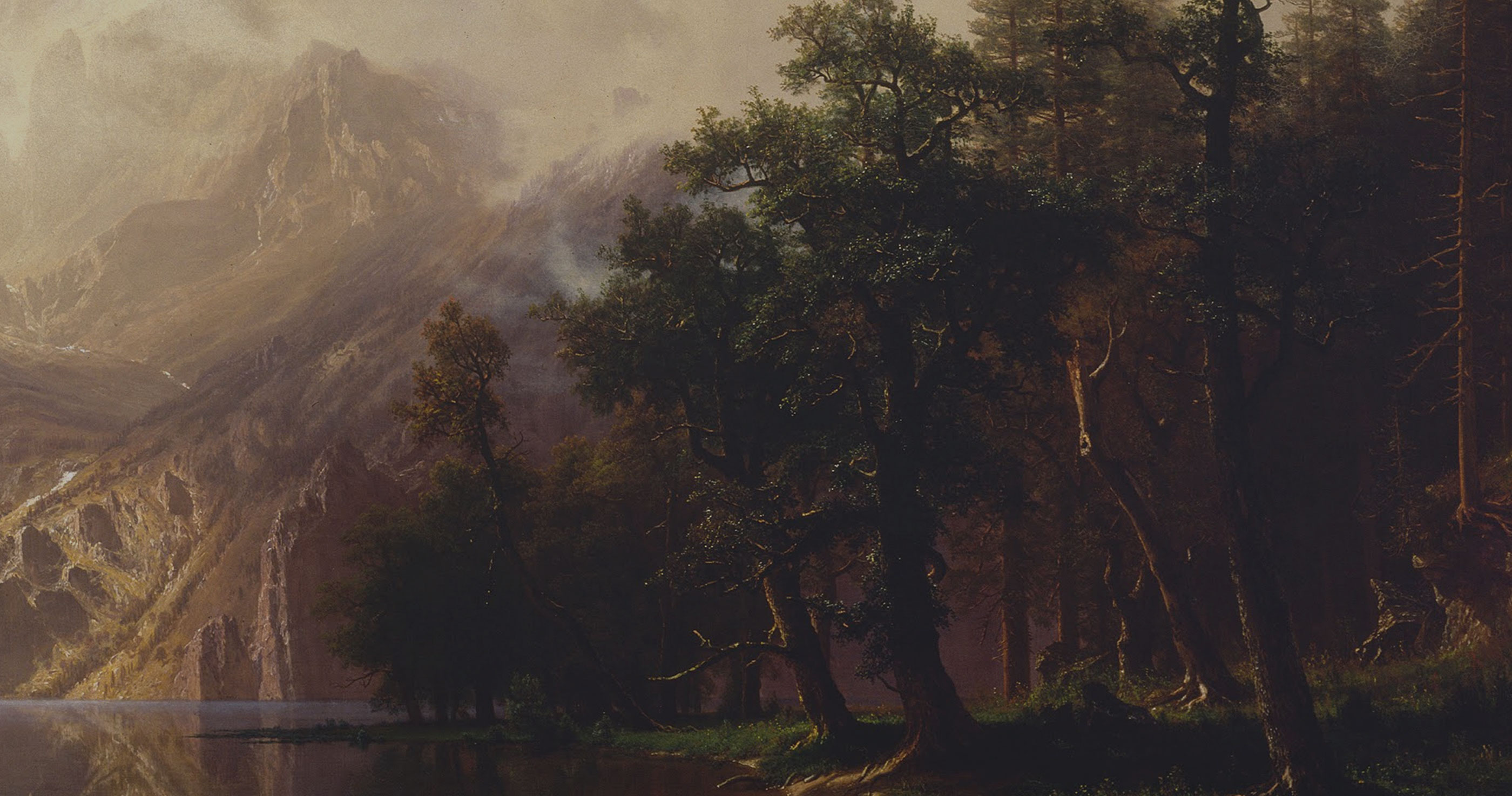 We all know fear. When you experience fear, your body reacts: you feel the adrenaline release as your heart races, your breathing accelerates, and your muscles tense. Sometimes that can be intensely fun: think of the rush of the roller coaster or the big game. Sometimes it can be terrifying as panic grips you so utterly, you cannot think but only shake, sweat, and fret. Underneath those experiences are common thoughts. Our different fears have common traits, a common DNA.

However, it is important to recognize that there are different sorts of fear. Confusion on this point is deadly. Take, for example, how some Christians see the lack of reverence and awe of God in our churches and seem to think the answer is to make people afraid of God. As if our love for God needs to be tempered by being afraid of him.

Scripture speaks quite differently. Take, for example, Exodus 20, where the people of Israel gather at Mount Sinai:

Now when all the people saw the thunder and the flashes of lightning and the sound of the trumpet and the mountain smoking, the people were afraid and trembled, and they stood far off and said to Moses, “You speak to us, and we will listen; but do not let God speak to us, lest we die.” Moses said to the people, “Do not fear, for God has come to test you, that the fear of him may be before you, that you may not sin.” (Ex. 20:18–20) 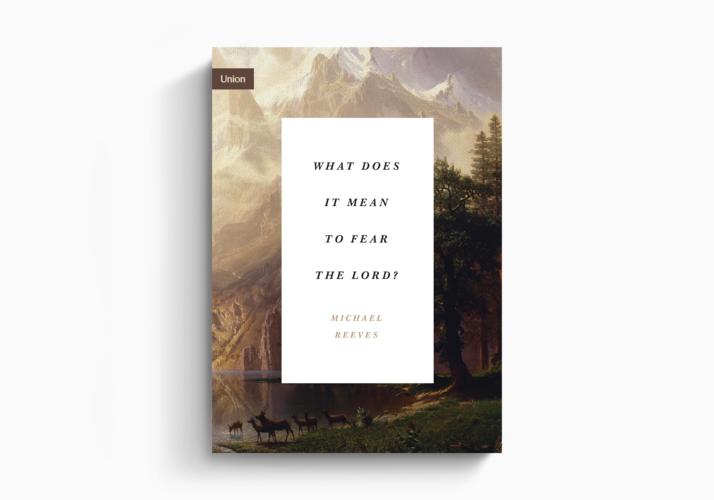 What Does It Mean to Fear the Lord?

In this book, Michael Reeves calls believers to see God as the object of their fear—a fear marked not by anxiety but by reverence and awe.

Let’s have a look now at the different types of fear of God we meet in Scripture.

The first type of fear of God is condemned by Scripture. I have been tempted to call it “wrong fear,” but there is a sense in which it is quite right for unbelievers to be afraid of God. The holy God is terrible to those who are far from him. Instead, I am calling it “sinful fear,” since it is a fear of God that flows from sin.

This sinful fear of God is the sort of fear James tells us the demons have when they believe and shudder (James 2:19). It is the fear Adam had when he first sinned and hid from God (Gen. 3:10). Sinful fear drives you away from God. This is the fear of the unbeliever who hates God, who fears being exposed as a sinner and so runs from God.

This is the fear of God that it is at odds with love for God. It is the fear rooted in the very heart of sin. Dreading and retreating from God, this fear generates the doubt that rationalizes unbelief. It is the motor for both atheism and idolatry, inspiring people to invent alternative “realities” in place of the living God. Take, for example, the late Christopher Hitchens, one of the “four horsemen” of the early twenty-first-century “New Atheism.” Hitchens preferred to describe himself as an “antitheist” because he was opposed to the very possibility of God’s existence. But this anti-theism, he was clear, was motivated by a fear of God. Asked on Fox News what he thought about the possibility of God’s existence, he replied:

I think it would be rather awful if it was true. If there was a permanent, total, round-the-clock divine supervision and invigilation of everything you did, you would never have a waking or sleeping moment when you weren’t being watched and controlled and supervised by some celestial entity from the moment of your conception to the moment of your death. . . . It would be like living in North Korea.1

Hitchens tragically misunderstood God and so feared God. The experience of Christopher Hitchens shows that this sinful fear that flees from God arises in good part from a misunderstanding of him. The unfaithful servant in Jesus’s parable of the ten minas displays exactly this problem when he unfairly complains to his master, “I was afraid of you, because you are a severe man” (Luke 19:21). He sees nothing of his master’s kindness: in his shortsighted eyes the great man is all stingy severity, and so the servant is simply afraid.

This is the blindness Satan loves to inflict on our understanding of God. Satan would present God as pure threat. For then, when we perceive God that way, we will run from him in fear.

It is the devil’s work to promote a fear of God that makes people afraid of God such that they want to flee from God.

Yet while this fear drives people away from their Maker, it does not always drive them away from religion. Having presented God as harsh and dreadful, this fear gives people the mindset of a reluctant slave who obeys his master not out of any love but purely from fear of the whip. Out of slavish fear, people will perform all manner of duties to appease a God they secretly despise. To all the world they can seem devout, exemplary Christians, if rather lacking in joy.

The Dread of Holiness

Another part of this sinful fear is the fear of letting go of sin, or what we might call the dread of holiness. C. S. Lewis explored this idea in The Great Divorce, a story that starts in the grey town (hell). While everyone there is afraid of the dark, few dare step aboard the bus to heaven, because they are even more afraid of the light. While the darkness shrouds nameless horrors, the light is more scary because it exposes them.

When the bus arrives in the bright beauty of the heavenly meadow, one of the spectral souls from hell screams, “I don’t like it. . . . It gives me the pip!”2Then the Solid People—the residents of heaven—arrive, at which, Lewis writes, “two of the ghosts screamed and ran for the bus.”3Their very splendor is terrifying to the shrunken wraiths from hell.

“Go away!” squealed the Ghost. “Go away! Can’t you see I want to be alone?”
“But you need help,” said the Solid One.
“If you have the least trace of decent feeling left,” said the Ghost, “you’ll keep away. I don’t want help. I want to be left alone.”4

The fear, for the ghosts, is their realization that to dwell in heaven they must give up their “dignity” or self-dependence, their misery, their anger, their grumbles. They cannot imagine being without the very things that deform them and keep them from happiness, and they shudder at the prospect of liberation and purification. Their fear is a struggle against joy. It is a fear of the light and a refusal to let go of the darkness.

It is the very richness and energy of the pure life of heaven that is so overwhelming and fearful to the ghosts. They will do almost anything to avoid it. Sinners prefer their darkness and chains to the light and freedom of heaven, and so they dread its holiness.

Sadly, Christians are not immune to this sinful fear. Poor teaching, hard times, and Satan’s accusations can all feed this cringing fear of God. What weed killer can we use? It is the devil’s work to promote a fear of God that makes people afraid of God such that they want to flee from God. The Spirit’s work is the exact opposite: to produce in us a wonderful fear that wins and draws us to God.

This article is adapted from What Does It Mean to Fear the Lord? by Michael Reeves.

Fear Not, Your Future Is Secure

No matter how hard your story is right here, right now, it is guaranteed for you as God’s child that it will end better that you can imagine.

4 Prayers to Pray When You’re Afraid

When fear paralyzes you, turn to the Lord through his word and in prayer and be comforted by the light that overcomes darkness.

Your Salvation Doesn’t Depend on Your Feelings

If our salvation depended upon our feelings, we should be lost one day and saved another, for they are as fickle as the weather. 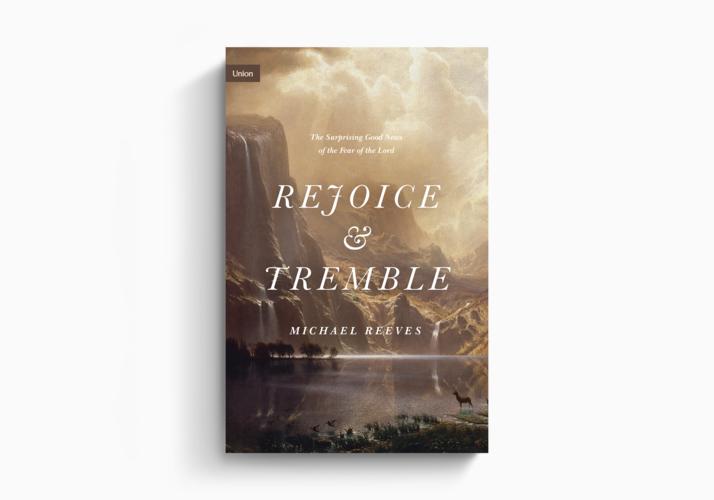