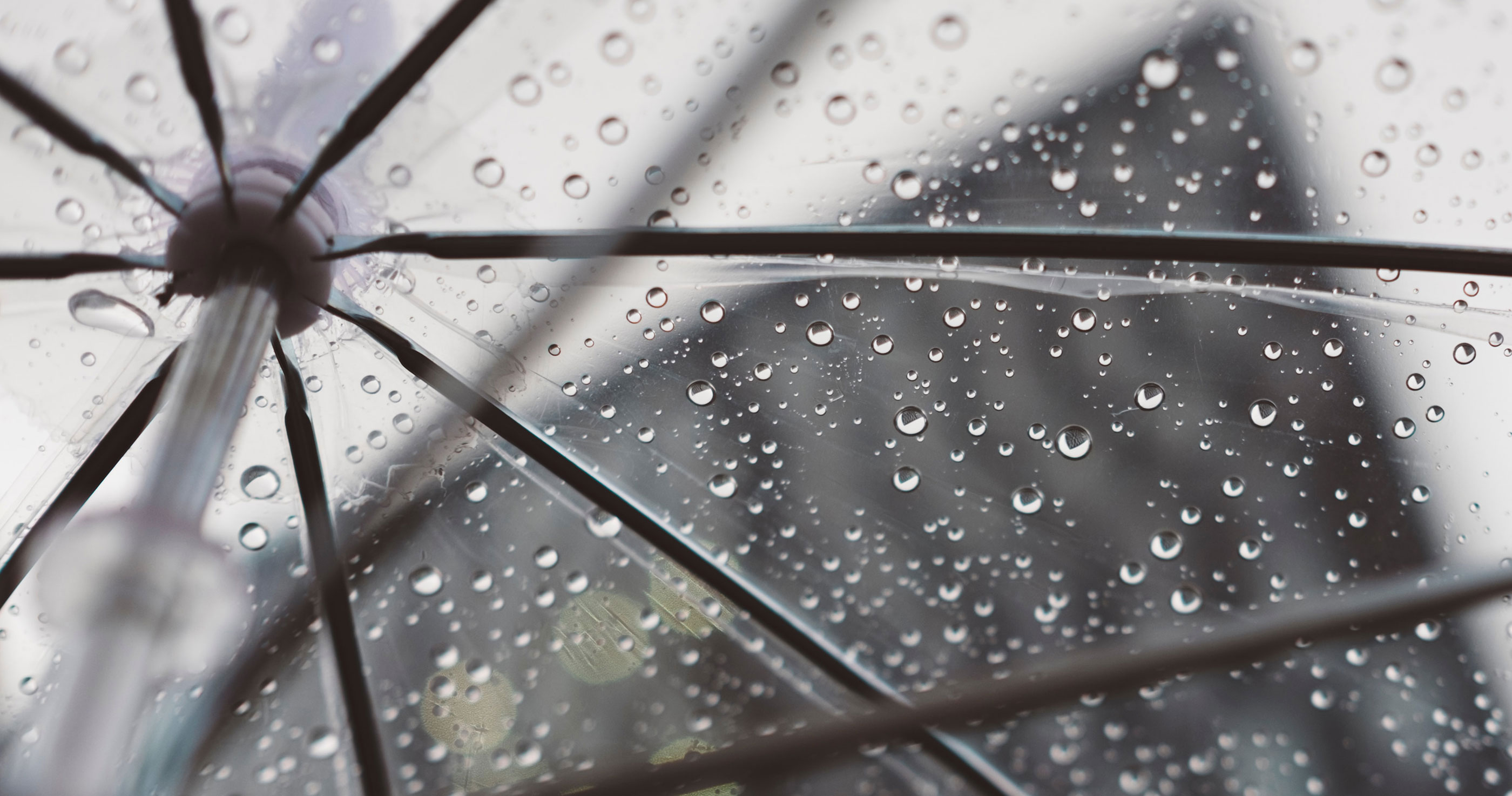 Comfort for the Weak and Feeble

Zechariah was engaged in the building of the temple. When its foundations were laid, it struck everybody as being a very small edifice compared with the former glorious structure of Solomon. The friends of the enterprise lamented that it should be so small; the foes of it rejoiced and uttered strong expressions of contempt. Both friends and foes doubted whether, even on that small scale, the structure would ever be completed. They might lay the foundations, and they might rear the walls a little way, but they were too feeble a folk, possessed of too little riches and too little strength, to carry out the enterprise. It was the day of small things. Friends trembled; foes jeered. But the prophet rebuked them both—rebuked the unbelief of friends, and the contempt of enemies, by this question, “Who hath despised the day of small things?” and by a subsequent prophecy that removed the fear.

Now we shall use this question at this time for the comfort of two sorts of people—first, for weak believers, and second, for feeble workers. Our object shall be the strengthening of the hands that hang down and the confirming of the feeble knees.

Let us describe them. It is with them a day of small things. Probably you have only been lately brought into the family of God. A few months ago, you were a stranger to the divine life and to the things of God. You have been born again, and you have the weakness of the infant. You are not strong yet, as you will be when you have grown in grace and in the knowledge of our Lord and Savior Jesus Christ. It is the early day with you, and it is also the day of small things.

Now your knowledge is small. My dear brother, you have not been a Bible student long: thank God that you know yourself a sinner, and Christ your Savior. That is precious knowledge; but you feel now what you once would not have confessed—your own ignorance of the things of God. Especially do the deep things of God trouble you. There are some doctrines that are very simple to other believers that appear to be mysterious, and even to be depressing to you. They are high—you cannot attain to them. They are to you what hard nuts would be to children whose teeth have not yet appeared. 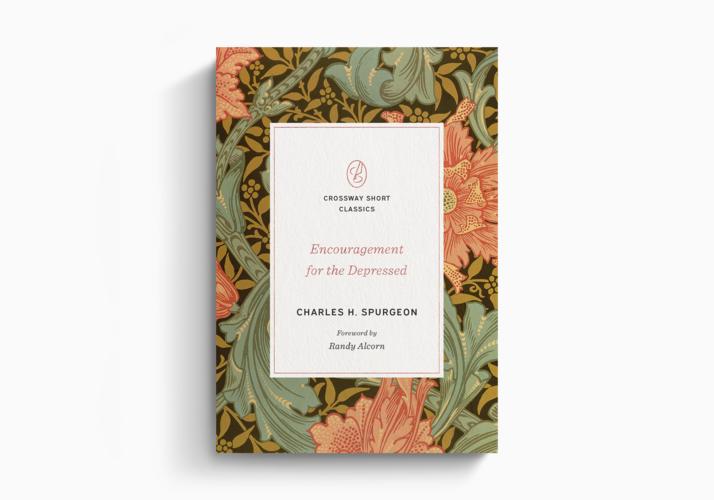 Encouragement for the Depressed

This timeless treasure from Charles Spurgeon reminds readers to place their hope in the finished work of Jesus Christ as they navigate trials on this earth. Part of the Crossway Short Classics series.

Well, be not at all alarmed about this. All the men in God’s family have once been children too. There are some that seem to be born with knowledge—Christians that come to a height in Christ very rapidly. But these are only here and there. Israel did not produce a Samson every day. Most have to go through a long period of spiritual infancy and youth. And, alas! There are but few in the church, even now, who might be called fathers there. Do not marvel, therefore, if you are somewhat small in your knowledge.

Your discernment, too, is small. It is possible that anybody with a fluent tongue would lead you into error. You have, however, discernment, if you are a child of God, sufficient to be kept from deadly errors, for though there are some who would, if it were possible, deceive even the very elect, yet the elect cannot be deceived, for, the life of God being in them, they discern between the precious and the vile—they choose not the things of the world, but they follow after the things of God.

Your discernment, however, seeming so small, need not afflict you. It is by reason of use, when the senses are exercised, that we fully discern between all that is good and all that is evil. Thank God for a little discernment—though you see men as trees walking, and your eyes are only half-opened. A little light is better than none at all. Not long since you were in total darkness. Now if there be a glimmer, be thankful, for remember that where a glimmer can enter, the full noontide can come, yea, and shall come in due season. Therefore, despise not the time of small discernment.

Of course, you, my dear brother or sister, have small experience. I trust you will not ape experience and try to talk as if you had the experience of the veteran saints when you are as yet only a raw recruit. You have not yet done business on the great waters. The more fierce temptations of Satan have not assailed you—the wind has been tempered as yet to the shorn lamb; God has not hung heavy weights on slender threads, but hath put a small burden on a weak back. Be thankful that it is so. Thank him for the experience that you have, and do not be desponding because you have not more. It will all come in due time.

Despise not the day of small things. It is always unwise to get down a biography and say, “Oh! I cannot be right, because I have not felt all this good man did.” If a child of ten years of age were to take down the diary of his grandfather and were to say, “Because I do not feel my grandfather’s weakness, do not require to use his spectacles or lean upon his staff, therefore I am not one of the same family,” it would be very foolish reasoning. Your experience will ripen. As yet it is but natural that it should be green. Wait a while, and bless God for what you have.

Probably this, however, does not trouble you so much as one other thing, that you have but small faith, and, that faith being small, your feelings are very variable. I often hear this from young beginners in the divine life: “I was so happy a month ago, but I have lost that happiness now.” Perhaps tomorrow, after they have been at the house of God, they will be as cheerful as possible, but the next day their joy will be gone. Beware, my dear Christian friends, of living by feeling. John Bunyan puts down Mr. Live-by-Feeling as one of the worst enemies of the town of Mansoul. I think he said he was hanged. I am afraid he, somehow or other, escaped from the executioner, for I very commonly meet him, and there is no villain that hates the souls of men and causes more sorrow to the people of God than this Mr. Live-by-Feeling.

He that lives by feeling will be happy today and unhappy tomorrow; and if our salvation depended upon our feelings, we should be lost one day and saved another, for they are as fickle as the weather, and go up and down like a barometer. We live by faith, and if that faith be weak, bless God that weak faith is faith, and that weak faith is true faith. If thou believest in Christ Jesus, though thy faith be as a grain of mustard seed, it will save thee, and it will, by and by, grow into something stronger. A diamond is a diamond, and the smallest scrap of it is of the same nature as the Koh-i-Noor,1and he that hath but little faith hath faith for all that; and it is not great faith that is essential to salvation, but faith that links the soul to Christ; and that soul is, therefore, saved.

Instead of mourning so much that thy faith is not strong, bless God that thou hast any faith at all, for if he sees that thou despisest the faith he has given thee, it may be long before he gives thee more. Prize that little, and when he sees that thou art so glad and thankful for that little, then will he multiply it and increase it, and thy faith shall mount even to the full assurance of faith.

I think I hear you also add to all this the complaint that your other graces seem to be small too. “Oh,” say you, “my patience is so little. If I have a little pain I begin to cry out. I was in hopes I should be able to bear it without murmuring. My courage is so little: the blush is on my cheek if anybody asks me about Christ—I think I could hardly confess him before half a dozen, much less before the world. I am very weak indeed.” Ah! I don’t wonder. I have known some who have been strong by reason of years, and have still been lacking in that virtue. But where faith is weak, of course, the rest will be weak. A plant that has a weak root will naturally have a weak stem and then will have but weak fruit. Your weakness of faith sends a weakness through the whole.

But for all this, though you are to seek for more faith, and consequently for more grace—for stronger graces—yet do not despise what graces you have. Thank God for them, and pray that the few clusters that are now upon you may be multiplied a thousandfold to the praise of the glory of his grace.

This article is adapted from Encouragement for the Depressed by Charles H. Spurgeon.

How Charles Spurgeon Learned to Preach through a Broken Heart

When the heart is overwhelmed, it’s one thing to survive adversity; it is something entirely different to continue preaching Sunday after Sunday, month after month.

One of Spurgeon's great strengths is that he would always seek preach Christ to people where they were at and to their needs.

One Thing You Might Not Know about Charles Spurgeon

Spurgeon possessed an ability to use humor from the pulpit and in his life as a weapon.

Spurgeon on the Christian Life
Michael Reeves
Crossway is a not-for-profit Christian ministry that exists solely for the purpose of proclaiming the gospel through publishing gospel-centered, Bible-centered content. Learn more or donate today at crossway.org/about.