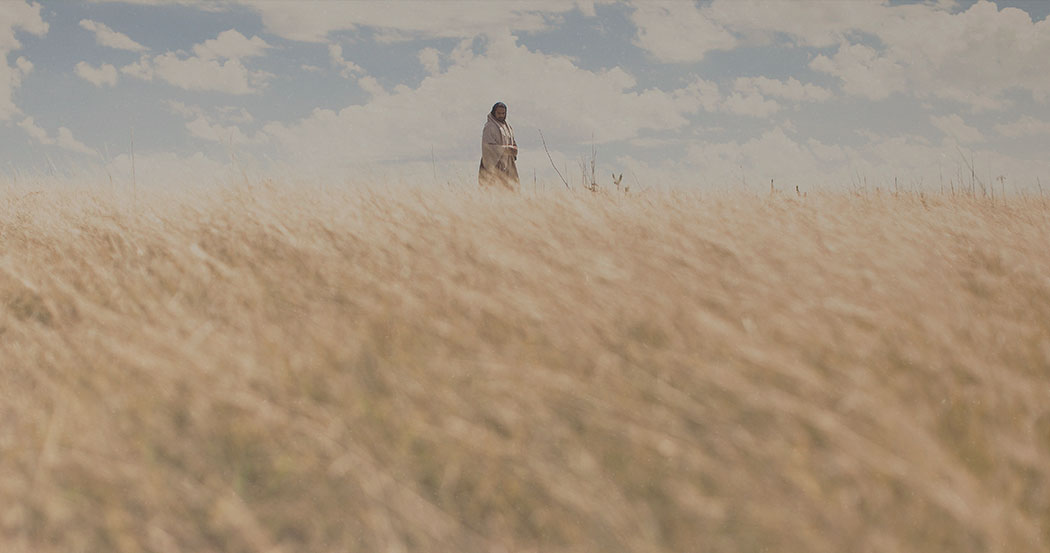 Maybe you have never really thought about who Jesus is, or whether his claims have any implications for your life. After all, we’re talking about a man who was born in the first century into an obscure Jewish carpenter’s family. The basic facts of his life—where and when he lived, how he died—are all pretty well agreed upon. But what about the significance of his life and death? Was he a prophet? A teacher? Was he the Son of God, or just an unusually gifted man? And for that matter, who did he think he was? For all the questions, though, everyone seems to agree on one thing: Jesus was an extraordinary person.

Without a doubt, in his day there was something about Jesus that caught people’s attention. Over and over Jesus said things that left his contemporaries amazed at his wisdom, and even confronted them in ways that left them fumbling around for a way to make sense of it all (Matthew 22:22).

Then there were the miracles. Hundreds and hundreds of people saw with their own eyes Jesus do things that no human being should be able to do. He healed people from sickness; he made water instantly turn into fine-tasting wine; he told lame people to walk again, and they did; he stood on the prow of a boat and told the ocean to be quiet—and it did; he stood in front of the tomb of a man who had been dead for four days and called to him to come back to life—and the man heard him, stood up, and walked out of the tomb (Matthew 8:24–27; 9:6–7; John 2:1–11; 11:38–44).

On a number of occasions Jesus took a name for himself exclusively used for God, the present tense “I am” (John 8:48–58), which brought to mind the ancient and famous name of Israel’s almighty God (Exodus 3:14).

Prophecies that Jesus claimed to fulfill also pointed to his deity. The people of Israel were looking forward to a king occupying the centuries-vacant throne. One prophet described this King as “Wonderful Counselor, Mighty God, Everlasting Father, Prince of Peace. Of the increase of his government and of peace there will be no end” (Isaiah 9:6–7). The people of that day would have seen that this promised King didn’t sound like just another man who would sit on the throne for a time and then die. They would have heard their God promising that he himself would come and be their King.

Jesus also asserted his identity as, “the Son of God.” It wasn’t just a royal title; it was also a claim that Jesus was equal to God in status and character and honor. John explains: “This was why the Jews were seeking all the more to kill him, because . . . he was even calling God his own Father, making himself equal with God” (John 5:18).

Jesus also asserted his identity as, “the Son of God.” It wasn’t just a royal title; it was also a claim that Jesus was equal to God in status and character and honor.

Christians call the reality that God became human the incarnation. The Bible tells us that Jesus got hungry, he got thirsty, he got tired, and he even got sleepy. He did things with a deeply human tenderness, compassion, and love (Matthew 15:32; Mark 6:34, John 11:33–36). He not only was human; he showed us what God intended humanity to be all along.

Jesus was identifying with us, becoming one with us so that he could represent us in life and death. When Adam, the first man, sinned, he did so as the representative of all who would come after him (Genesis 3:1–15). “One trespass led to condemnation for all men” (Romans 5:18). Jesus would let God’s sentence of death—his righteous wrath against sinners—fall on him. So, Jesus allowed one of his own disciples to betray him to the Roman authorities who sentenced him to be crucified. In Jesus’s death on the cross, all the sin of God’s people was placed on him. Jesus died for them. He died in their place. There’s only one thing that would lead the Son of God to do this: he deeply loves us. “For God so loved the world,” one biblical writer said, “that he gave his only Son, that whoever believes in him should not perish but have eternal life” (John 3:16).

But Jesus did not remain dead. When some disciples entered Jesus’s tomb two days later, “they saw a young man sitting on the right side, dressed in a white robe, and they were alarmed. And he said to them, ‘Do not be alarmed. You seek Jesus of Nazareth, who was crucified. He has risen; he is not here’” (Mark 16:5–6).

Through Jesus’s resurrection from the dead, something breathtakingly extraordinary happened. Everything he ever claimed for himself was vindicated. (1 Corinthians 15:14–19).

Only the resurrection had the power to turn his own followers—cowardly, skeptical men—into martyrs and eyewitnesses who were willing to stake everything on him for the sake of telling the world, “This man Jesus was crucified, but now he is alive!”

Who Do You Say He Is?

Maybe you’re not ready to believe his claims. What is holding you back? Once you identify those things, don’t just walk away from them. Examine them. Pursue them. Find answers to your questions. Don’t put this off. This is the most important question you’ll ever consider!

Maybe you’re ready to say, “I really do think Jesus is the Son of God. I know I’m a sinner and a rebel against God. I know I deserve death for that rebellion, and I know Jesus can save me.” If so, then you simply turn away from sin and trust Jesus, and rely on him to save you. And then you tell the world! This is who Jesus is. He is the One who saves people just like me, and just like you!

This article is adapted from the tract "Who Is Jesus?" by Greg Gilbert.

10 Things You Should Know about Union with Christ

In the New Testament we find literally hundreds of references to the believer’s union with Christ.

Christ suffered and died with purpose. Learn why.

Who Do You Think Jesus Is?

Regardless of what you personally think about him, surely we can agree that Jesus is a towering figure in the history of the world.

Church, State, and the Authority of Jesus

Imperium means supreme power or absolute dominion, and it gets at the idea of where the buck stops in a society. 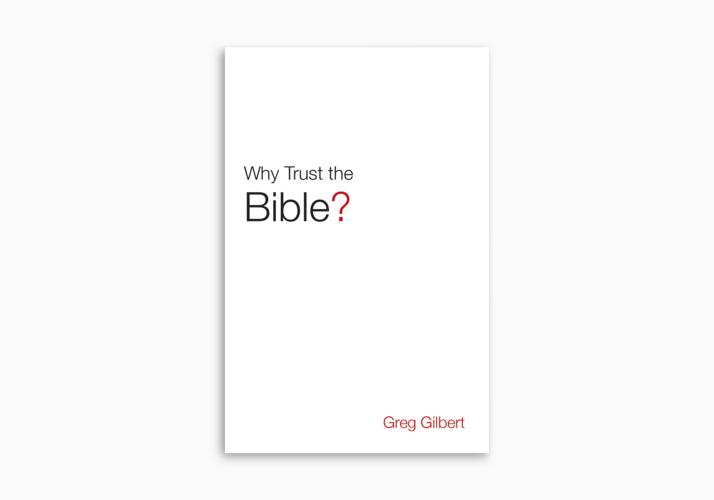 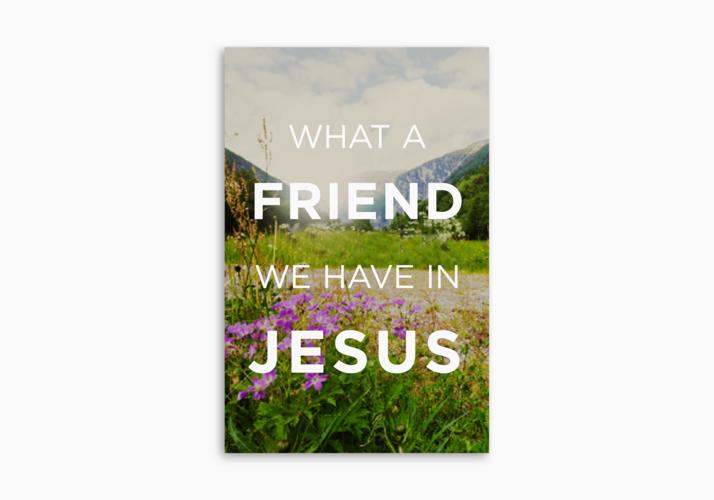 What a Friend We Have in Jesus
Tract 25-pack 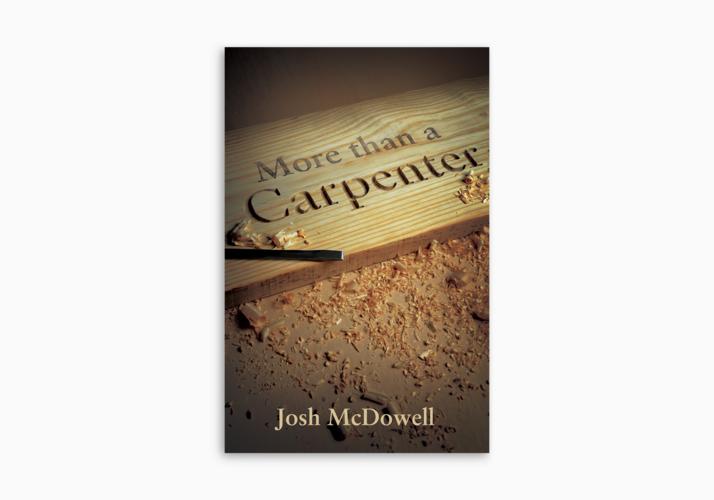 More Than a Carpenter
Josh McDowell
Tract 25-pack
Crossway is a not-for-profit Christian ministry that exists solely for the purpose of proclaiming the gospel through publishing gospel-centered, Bible-centered content. Learn more or donate today at crossway.org/about.