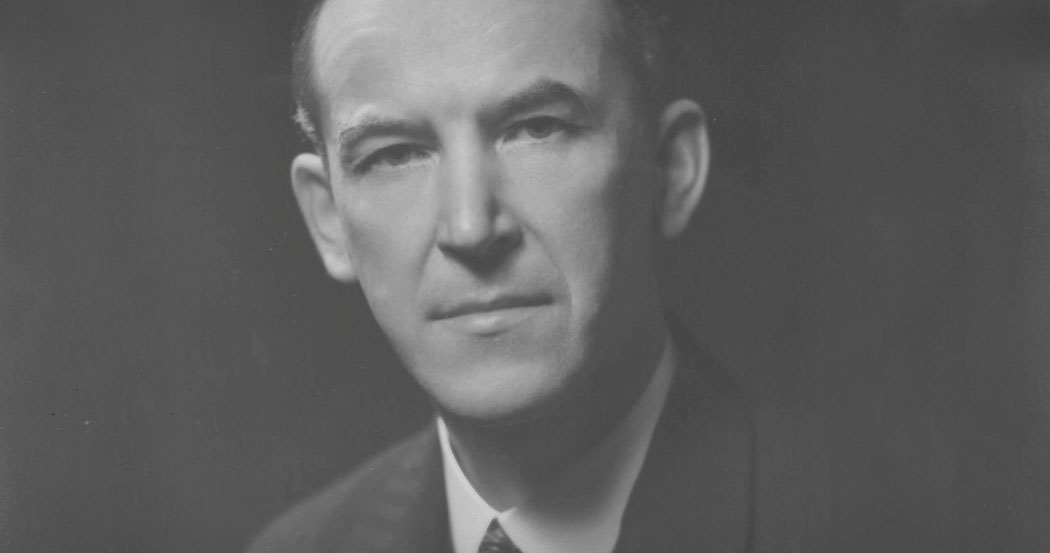 Martyn Lloyd-Jones—often known as “the Doctor” from his medical degree—was one of the greatest preachers of the twentieth century, if not one of the most distinguished since his hero Jonathan Edwards in the eighteenth century.

I must of course admit to a prejudice as I write that; I am his eldest grandchild! But I am not alone in my high regard for him personally and for his many decades of ministry, which spanned the years 1927, when he started to preach, until his death in 1981. I am also the author of a new biography entitled, Martyn Lloyd-Jones: His Life and Relevance for the 21st Century.

What is different about this book, apart from the family relationship?

Many works on the Doctor are histories, looking back at past events and often controversies of long ago. Dr Lloyd-Jones was a man of passionate conviction, and it is fascinating (and also alarming) to see how people on very different sides of some controversial issues each claim the Doctor was exclusively on their side! However, in this work I do not take sides, but allow readers to make their own minds up, on the basis of scripture as the Doctor always insisted was the only way in which such matters should be decided.

My book deliberately also looks forward, not backwards, to show how relevant both he and his ministry are today and to the future. The Doctor was someone highly regarded worldwide. His works were translated into countless languages, with eager readers from every country imaginable under the sun. Much of his ministry was in the USA, a country he loved, and he was a truly global figure, patriotic Welshman though he was! With Evangelicalism now also spreading everywhere, his international outlook remains vital.

The Renaissance of Reformed Theology

Like close family friend Mark Dever, I feel that the renaissance in recent years of Reformed theology, the rediscovery of the great truths of Calvin and of the Puritans, of Jonathan Edwards and C. H. Spurgeon, is a move very much of God, and is one of the most exciting developments in years. This in and of itself has made the life, thought, preaching, and ministry of Lloyd-Jones more relevant than ever. As he always told his family, he was a “Bible Calvinist not a system Calvinist,” and, at a time in which the glorious doctrines of grace are being found by large generations of young people, the need to rediscover Martyn Lloyd-Jones increases in importance.

Reformed doctrine is not something of historic interest alone, but is also profoundly relevant to how to live and think today. No one was more conversant with the works of, say, John Owen or Jonathan Edwards, than the Doctor. But he made them and their interpretation of Scripture alive and even life-changing. According to Lloyd-Jones, preaching was logic on fire, to the whole person, not just to the heart or to the head.

Written by his eldest grandson, this new biography of famed preacher Martyn Lloyd-Jones examines his remarkable life and legacy, reflecting on his enduring importance for Christians today.

Why do we believe what we believe? It may sound like an odd question, but in our own time it is as vital an issue as ever. To the Doctor, Scripture was the supreme, authoritative guide to everything. All too often, we straightjacket ourselves into man-made positions and formulae, and, while no one revered the old creeds and confessions more than the Doctor, it was the truth as expounded in the Bible upon which he based everything he thought, said, and taught. It is an emphasis that we always need to remember—the Reformation doctrine of sola scriptura. It is how today, for instance, there are many Baptists who are also Reformed, a position unthinkable in the past but entirely possible if you base your doctrines on how you interpret the Scripture, as do many American Evangelicals today.

Martyn Lloyd-Jones was the world’s most enthusiastic grandfather! And that enthusiasm carried through into his entire life and ministry. To him, nothing was more exciting than the great truths of Scripture—and the life enhancing way in which they were rediscovered by generations of Reformed preachers, such as his great favorite, Jonathan Edwards.

Truth is always relevant. So too, therefore, is Martyn Lloyd-Jones.