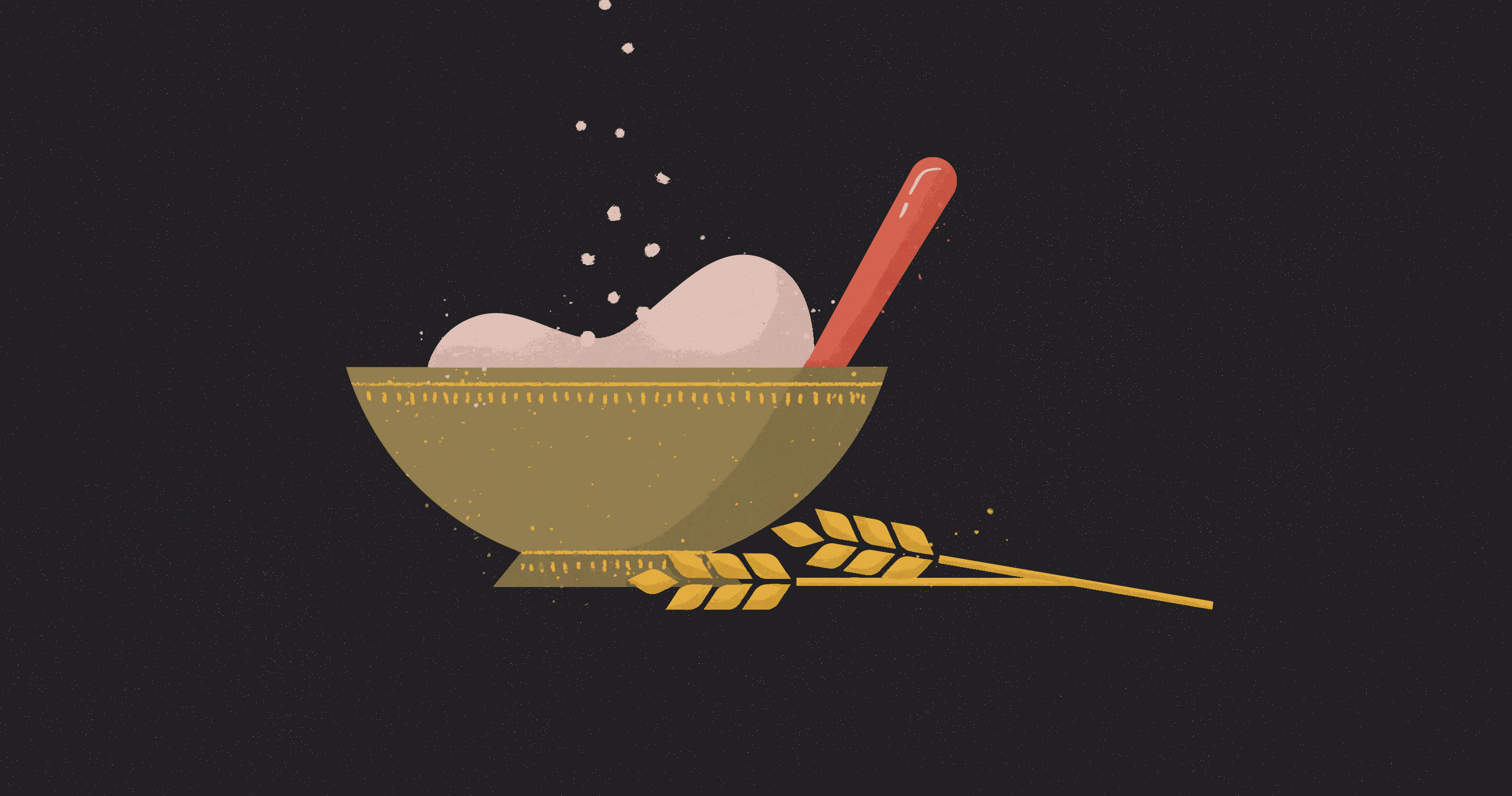 1It is actually reported that there is sexual immorality among you, and of a kind that is not tolerated even among pagans, for a man has his father’s wife. 2And you are arrogant! Ought you not rather to mourn? Let him who has done this be removed from among you. 3For though absent in body, I am present in spirit; and as if present, I have already pronounced judgment on the one who did such a thing. 4When you are assembled in the name of the Lord Jesus and my spirit is present, with the power of our Lord Jesus, 5 you are to deliver this man to Satan for the destruction of the flesh, so that his spirit may be saved in the day of the Lord. 6Your boasting is not good. Do you not know that a little leaven leavens the whole lump?

The sins Paul corrects throughout this letter were common practices in Corinth. The church in Corinth has grown up in this pagan context that views sex much differently than Jews and Christians did. And since the Corinthians have converted only recently (no more than three years before Paul writes this letter) and do not have generations of Christians in their culture, it is not surprising that they continue to share Corinth’s worldly values regarding sex. Jews, of course, forbade a father and son from sleeping with the same woman (Lev. 18:7–8; 20:11; Deut. 22:30; 27:20). But so did the ancient pagan Romans. Thus Paul describes this sexual immorality as “of a kind that is not tolerated even among [the] pagans.”2

So how is it that the Corinthian church tolerates a sin that even their own culture repudiates? The text does not answer this question, so we can only guess. It could be related to their view of the body and the resurrection (cf. comments on 1 Cor. 6:12–20; 15:1–58). But it is unlikely that the Corinthians boast about tolerating incest, since incest was scandalous in both Jewish and Roman cultures. Most likely, the Corinthians ignore the incest and boast that a man with such a high social status is a member of their church. The incestuous man is likely socially powerful, and the church is simultaneously (1) honored that a person with such a prominent status would be part of their congregation and (2) unwilling to confront him about his incest. He might be a generous benefactor to the church and a patron to clients within the church. Thus the church does what their culture occasionally does for socially prominent people: turn a blind eye to that person’s sin rather than risk losing his favor and becoming his enemy.3

Throughout this passage Paul exhorts the Corinthian church to excommunicate this man, a church member who claims to be a brother in Christ.4 Consequently, chapter 5 is one of the most significant NT passages for three interrelated theological issues: excommunication, church membership, and congregational church government (I list those three issues from what is more explicit in Scripture to less explicit).5

Excommunication. A local church removes a person from its membership and does not let him celebrate the Lord’s Supper with them. The church does this when the church can no longer affirm that a professing believer is a genuine believer. This is the final step of corrective church discipline.6 Matthew 18:15–17 presents four steps of corrective discipline: (1) a fellow church member confronts a professing believer privately; (2) a small group confronts the professing believer privately; (3) a church member notifies the church about the situation; (4) the church excommunicates the unrepentant professing believer. First Corinthians 5 begins with the final step in Matthew 18 because (1) the church already knows about the incestuous man’s sin; (2) he is unrepentant; and (3) his sin is so scandalous that it undermines his claim to be a brother (i.e., the church cannot publicly affirm that he is a genuine believer).7

Church membership. A local church publicly affirms (as best they can discern) that a person is a genuine believer; that church promises to oversee that person’s discipleship; and that person promises to follow Jesus faithfully as part of that local church (which includes submitting to the church’s elders). Three perspectives show why church membership is important: (1) It helps a church’s elders know for whom they will give account to God. (2) It helps a church’s members mature as Christians and enables them to practice church discipline on fellow members (1 Corinthians 5 presupposes church membership, because a church cannot practice church discipline without it). (3) It helps the world know who professing Christians are. Submitting to a church is not like joining a club; it is more like an embassy in a host nation declaring that a person is a citizen of its home nation. A church declares that a person is a citizen of God’s kingdom.8

A church declares that a person is a citizen of God’s kingdom.

Congregational church government. What distinguishes different views on how to govern the church is the determination of who holds final authority: the bishop (episcopal), the presbytery (presbyterian), the elders (elder-rule), or the congregation (congregational). While godly, mature Christians disagree on which model is most biblical, I think the most biblical polity is elder-led and congregationruled.9This model is very different from a modern democracy, in which leaders represent the people and the people make demands on the leaders with the threat that they will vote them out of office; it is more like a combination of a monarchy (Jesus is the King), a senate (elders lead), and a democracy (members vote on certain important matters).10 I believe 1 Corinthians 5 supports congregational church government because Paul appeals not directly to the church leaders but to the whole church to excommunicate the incestuous man. Some might retort that in chapter 5 the church is merely to carry out what the apostle Paul has already decided for them (v. 3). But Paul supports his argument with a principle: “Is it not those inside the church whom you are to judge?” (v. 12b). The church as a whole—not just the leaders—is responsible to practice church discipline. Paul uses the case of the incestuous man to train the church in how to act responsibly on their own in the future.

Carry Out the Judgment

Why should the Corinthians remove the incestuous man from among them (v. 2c)? Because Paul has already judged him. Paul has done so as if he were physically present in Corinth even though he is not. Consequently, the Corinthians must carry out this judgment when they assemble.

Verses 3–5 are a single sentence in Greek. Based on form it could be translated as follows, starting with the end of verse 3 (with the words in bold being the main clauses):

I have already pronounced judgment on the one who did such a thing [that]
when you are assembled in the name of the Lord Jesus
and my spirit is present,
[along] with the power of our Lord Jesus,
you [must] deliver this man to Satan
for the destruction of the flesh,
[in order] that his spirit may be saved in the day of the Lord.

A local church delivers a person to Satan when it excommunicates an unrepentant professing believer from that church. As God’s dwelling place by the Spirit (3:16–17; Eph. 2:22), the church protects its members from Satan’s sphere, but when a church can no longer affirm that a professing believer is a genuine believer, it must return that person to Satan’s sphere, which includes every other unbeliever. Satan is “the god of this world” (2 Cor. 4:4; cf. Luke 4:5–6; John 12:31; 1 Tim. 1:20; Eph. 2:2; 1 John 5:19).12

The contrast between “flesh” and “spirit” in 1 Corinthians 5:5 is apparently between a person’s sinful disposition and a person apart from that sinful disposition (cf. 3:1). Ideally, excommunicating an unrepentant professing believer is ultimately remedial: it has a specific result (destroying that person’s sinful nature—similar to Gal. 5:24—such that the incestuous man will repent of his sexual immorality) and a specific purpose (so that God will save him). 5:6

Paul again rebukes the Corinthians (cf. v. 2b). Then he gives a reason their boasting is not good: “a little leaven leavens the whole lump.”14

Leaven is not identical to yeast, which was “foreign to ancient baking” (BDAG, s.v. ζύμη). But it worked like yeast does today: adding a little leaven (i.e., a small bit of fermented dough from the previous batch) to a new batch of dough made the whole lump of dough ferment and rise. 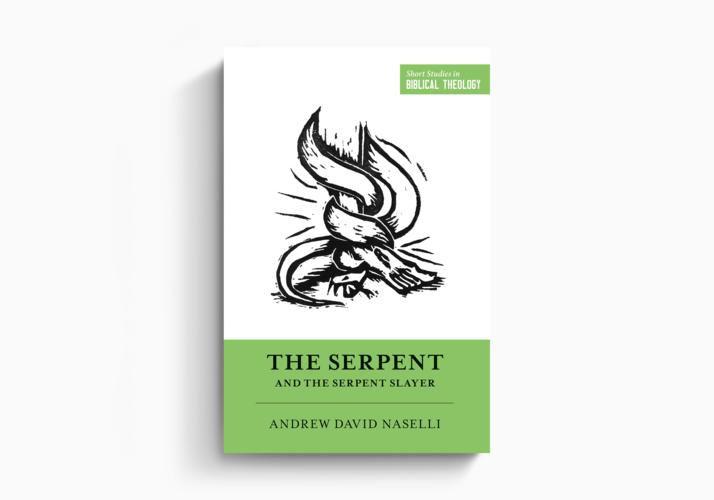 The Serpent and the Serpent Slayer
Andrew David Naselli 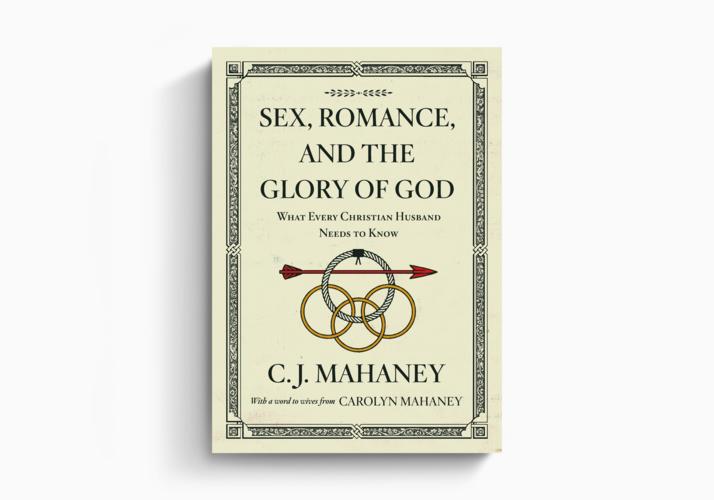