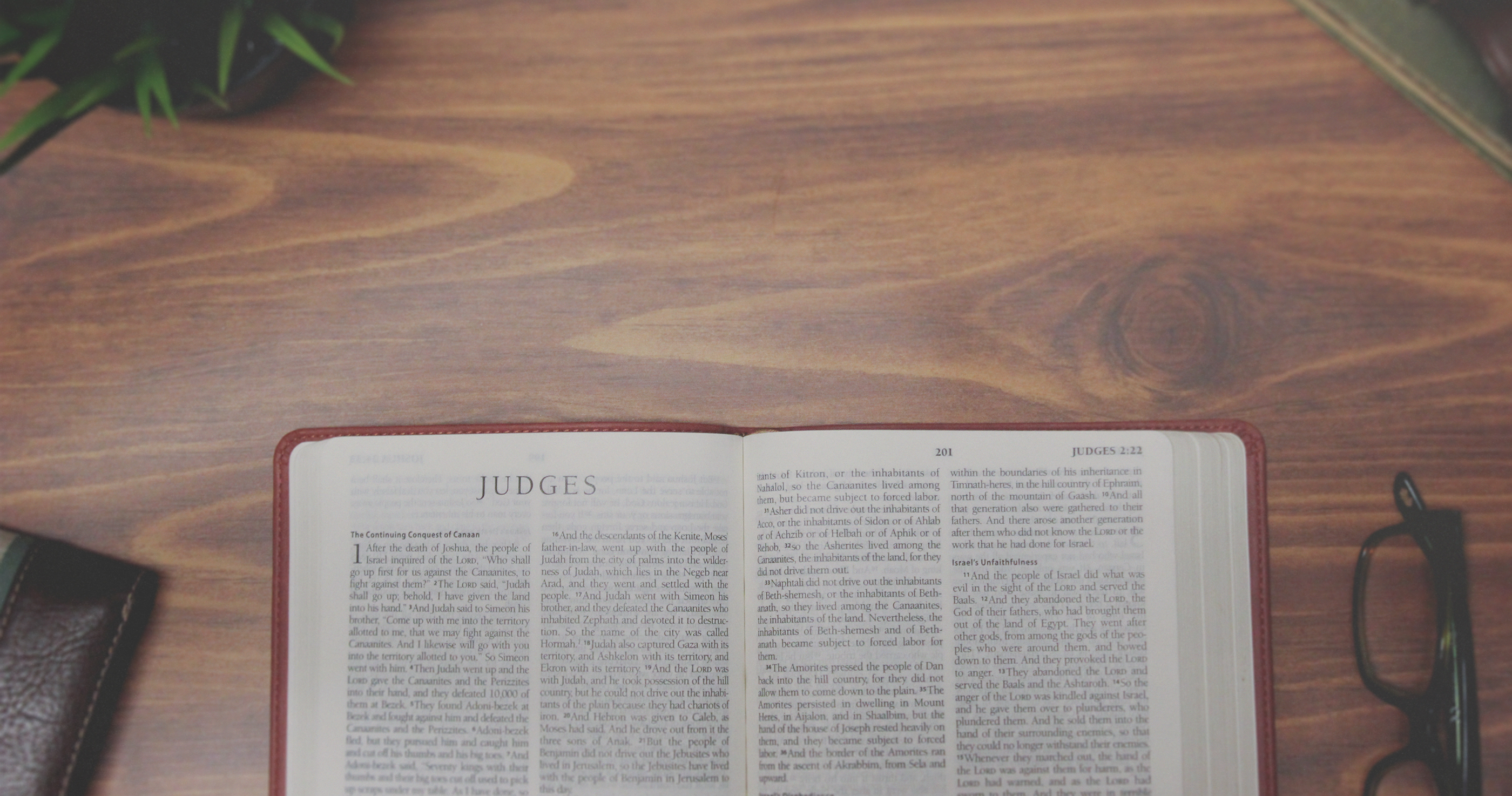 The book of Judges describes a period in the life of the nation of Israel between the prophetic leadership of Moses and Joshua and the establishment of the monarchy and kingship in Israel. The nature of this time period is described on four different occasions in the book, “In those days there was no king in Israel. Everyone did what was right in his own eyes” (Judg. 17:6; cf. 18:1; 19:1; 21:25). This brief summary statement teaches us two important facts about the period of the judges in Israel: (1) there was a crisis of leadership; and (2) there was a subsequent crisis in Israel’s faithfulness to their covenant with the LORD.

The wilderness generation of Moses and the generation of conquest with Joshua had been eyewitnesses of God’s great signs and wonders to save and deliver. But then “there arose another generation after them who did not know the Lord or the work that he had done for Israel” (Judg. 2:10). In the generations between Joshua and the monarchy, Israel did “what was evil in the sight of the Lord” (Judg. 2:11). The evil described in the book of Judges should be understood as Israel’s progressive decline into idolatry. The nation of Israel was originally designed by God to be a “kingdom of priests and a holy nation” (Ex. 19:6), but by the end of the book of Judges Israel had become like all of the other nations around them, and even worse, like Sodom and Gomorrah (cf. Judges 19 with Genesis 19).

Life is messy and foul and complicated, and that it is the cycle of our own sin that has created these problems.

So why would good, clean-living Christians study a book like Judges–a book that would easily be rated R for its content if produced for the modern screen? There is death and slaughter, human sacrifice and betrayal, illicit sex and scandal written all across the pages of this book. Ehud murders Eglon and leaves him to rot in his own fecal matter. Jephthah sacrifices his only daughter as a burnt offering because of a vow he had made to the Lord. Samson spends a night with a prostitute. A Levite cuts up his concubine who had been brutally raped to death in the night and sends her dismembered body throughout Israel to incite war. In the book of Judges, we clearly observe that life is messy and foul and complicated and that it is the cycle of our own sin that has created these problems.

Because of the startling nature of these narratives, it might seem like the book of Judges lacks a content filter, but this is not true. In John 5:39, we are taught that Jesus is the filter through which we must read the book of Judges when he states, “You [diligently] search the Scriptures because you think that in them you have eternal life; [but] it is they [the Old Testament scriptures] that bear witness about me.” That’s right! The narratives contained in the book of Judges were written to “bear witness” or “testify” to the person and work of Jesus and the great salvation that he has achieved for his people. 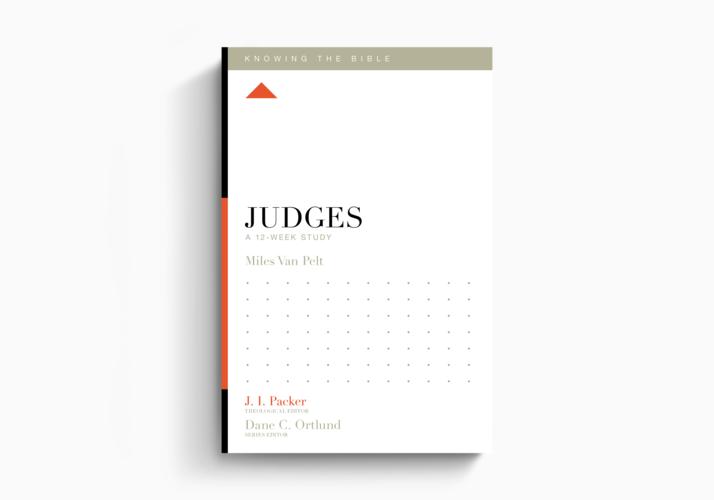 This accessible study guide reveals how the unfaithfulness of Israel under the leadership of judges pointed to the need for a faithful King who would rule the people in righteousness.

The most shocking feature in the book of Judges, therefore, is not the horror of the sin of God’s people depicted in these narratives, but the glory of salvation from that sin accomplished by the God of patience, mercy, compassion, steadfast love, and faithfulness (Ex. 34:6). The terror of sin is outshined only by the glory of God’s salvation worked through these judges, who will somehow point us to Jesus Christ. This is how the book of Hebrews teaches us to read the book of Judges:

And what more shall I say? For time would fail me to tell of Gideon, Barak, Samson, Jephthah, of David and Samuel and the prophets—who through faith conquered kingdoms, enforced justice, obtained promises, stopped the mouths of lions, quenched the power of fire, escaped the edge of the sword, were made strong out of weakness, became mighty in war, put foreign armies to flight. (Heb. 11:32–34)

These judges were “commended through their faith” (Heb. 11:3) and are now part of that “great cloud of witnesses” (Heb. 12:1) who together call us to “fix our eyes on Jesus, the founder and perfecter of our faith. And so, we are moved to study this often neglected book of the Bible because it teaches us about God’s great salvation in Christ for his people from our incessant inclination to forget him, his promises, and all of the good blessings encountered in covenant life.

By the end of the book, like the author himself, we will be looking for the king who is finally able to deliver God’s people from sin and corruption, who will give rest to God’s people, and who will secure their inheritance. The judges in the book of Judges, like the kings after them, cause us to look forward to the coming of the king of kings. Together, we will be looking for that king who does not do what is “right in his own eyes,” but who delights to do the will of his father in heaven (John 6:38–40).

Miles V. Van Pelt (PhD, The Southern Baptist Theological Seminary) is the Alan Belcher Professor of Old Testament and Biblical Languages, academic dean, and director of the Summer Institute for Biblical Languages at Reformed Theological Seminary, Jackson. He also serves on the pastoral staff of Grace Reformed Church in Madison, Mississippi. He and his wife, Laurie, have four children. 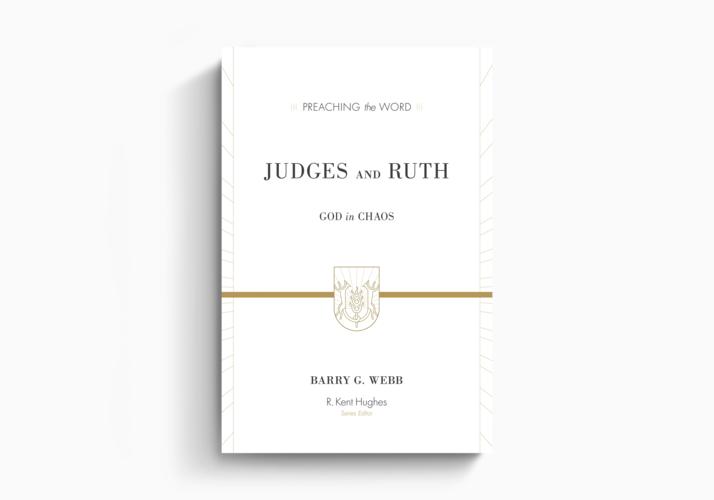 The Son of David
Nancy Guthrie
A 10-week Bible Study
Crossway is a not-for-profit Christian ministry that exists solely for the purpose of proclaiming the gospel through publishing gospel-centered, Bible-centered content. Learn more or donate today at crossway.org/about.