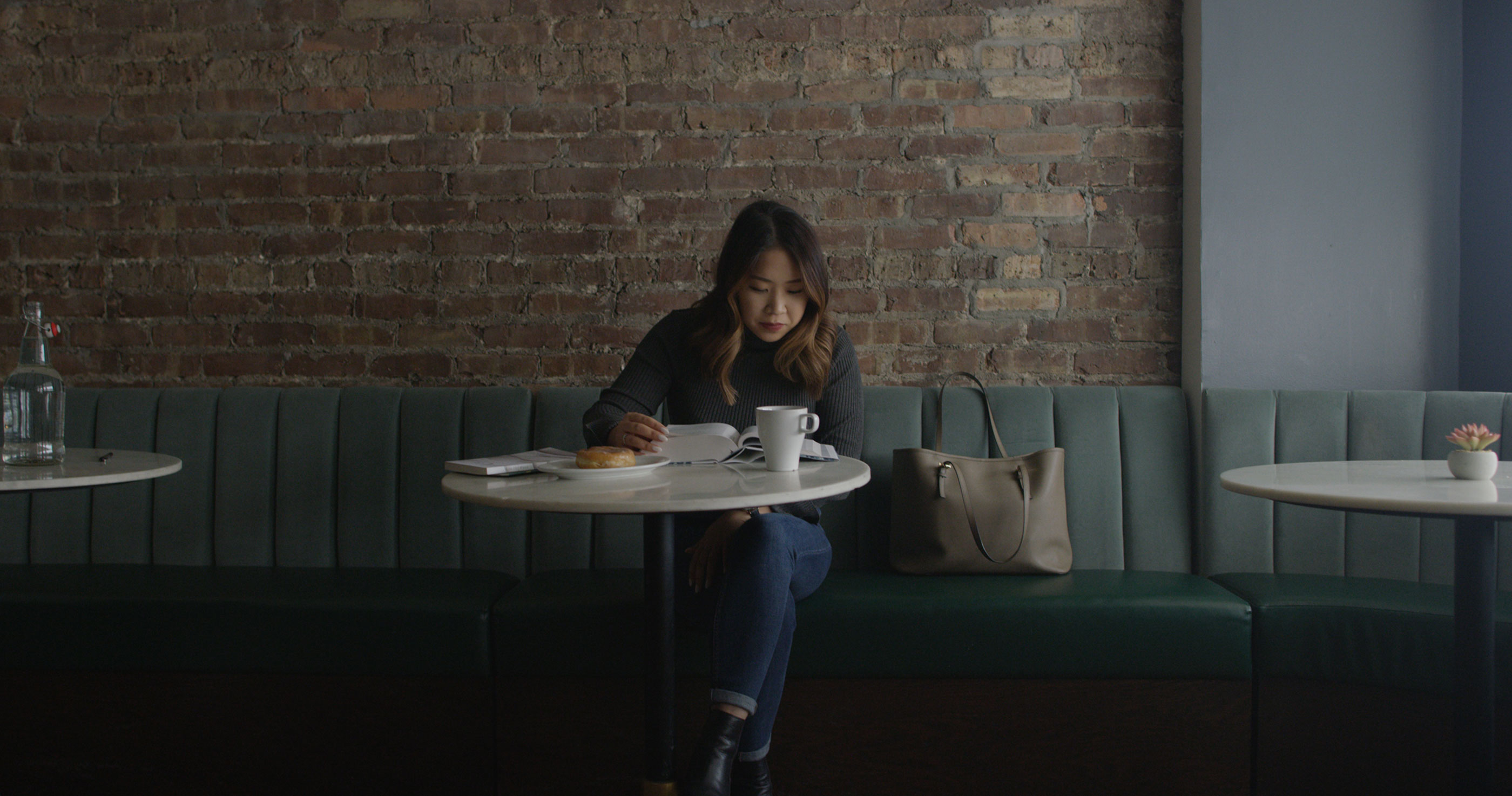 A Set of Blueprints

If you have trouble mustering up the excitement to read through Leviticus, you are not alone. According to a recent survey by the Bible Society, Leviticus is the “least favorite” book for Bible readers all around the world. But it should not be so. And in this article, I hope to persuade you of precisely the opposite. Leviticus should be among your favorite books of the Bible! Let me start with a personal story.

Some years ago, a couple friends and I were on the setup crew for a conference. The event would take place at a retreat center, hidden away in one of America’s national forests. Preparations kept us busy, but one afternoon we did find a little time to explore. Our exploration struck gold when we discovered an old set of blueprints. Examining the blueprints, we noticed a spot in the main lodge where a secret room had been built behind a wall. We were fascinated to find this hidden space that had been right under our noses, but which we never would have discovered without the blueprints. 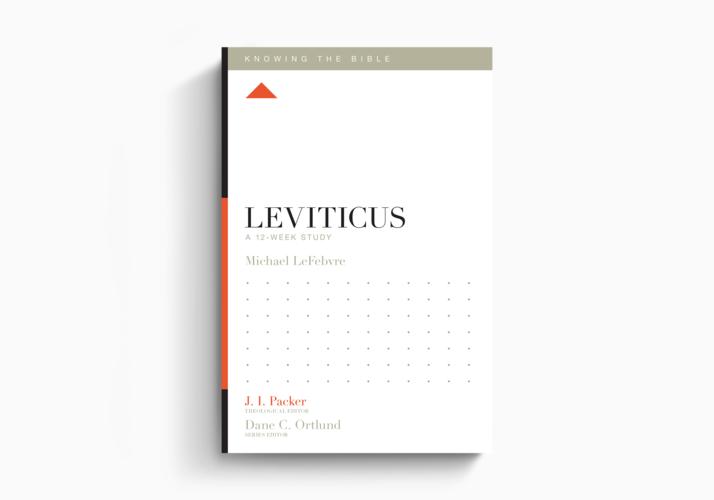 This accessible 12-week study through the book of Leviticus explores how the rituals of the Old Testament point to Christ’s saving work of atonement at the cross.

The book of Leviticus is like that set of blueprints. Leviticus contains the Old Testament laws about sacrifices, purity, and atonement. Those laws comprise the detailed pattern—the “blueprints”—which Jesus had in his heart to fulfill on the cross. So anyone who loves the cross and wants to know what was on Jesus’s heart as he gave himself to die, ought to relish unfurling the scroll of Leviticus and poring over its contents. In the blueprints of atonement preserved in its lines, there are rich insights into the work of atonement accomplished by Jesus.

The Language of Ritual

But there is a problem that makes many of these insights difficult to access. The book of Leviticus is written in the language of ritual, and we don’t “speak” that language very much any more. The traditional wedding ceremony—with its scripted recitations, movements, rings, and so forth—is one of those rare settings where we do still participate in profound realities through ritual. But apart from weddings, we have few ritual ceremonies in the modern West. We are not accustomed to that “language,” and a book like Leviticus seems opaque as a result.

Of course, it is good that Christians no longer perform the Levitical rites in worship. Those sacrifices, washings, priestly investitures, and the other ceremonial actions described in Leviticus are obsolete. Now that the real building has been built, it would be wrong to continue hammering boards together according to the blueprints. Indeed, the practice of the Levitical rites must be discontinued; but it would be a shame to stop learning from those ancient rites altogether. Discontinued practice does not equal discontinued value. If anything, the intricate liturgies of atonement preserved in Leviticus are even more valuable now that we can compare those expectations with the reality found in Jesus. But to access these insights requires patience and study. It is necessary to recover an appreciation for the language of ritual in which Leviticus encodes its lessons.

For example, Leviticus 1:1–7:38 introduces a lengthy catalog of five different kinds of sacrifices: whole burnt offerings, grain offerings, peace offerings, sin offerings, and guilt offerings. At first, so many details seem mind-numbing. But through patient study, these details reveal insights into the multifaceted work achieved on the cross.

The first three categories of sacrifice—the whole burnt offerings, the grain offerings, and the peace offerings—are identified in Leviticus as various kinds of “food offerings.” Their end purpose was to provide a ritual meal. The whole burnt offering was completely consumed on the altar, going up in smoke as “a pleasing aroma to the Lord.” The grain offering was partially burned and largely given to the mediating priest to eat. And the peace offering was partly burned and partly given back for the offerer to eat in God’s presence. Each of these offerings introduce a different window into the goal of forgiving sins. God provides forgiveness in order to renew his people in communion with himself at the table hosted by his appointed priest. Relationship is the telos of atonement.

The final two categories of sacrifice are the sin offerings and the guilt offerings. These are not food offerings, but instead deal with the damages caused by sin. Leviticus describes the sin offering like a ritual detergent, the blood of which is applied to the various parts of the sanctuary. It cleanses away the accumulated filth of the people’s offenses that mount up in God’s house as he dwells in their midst. And the guilt offering makes repayment for the debt that human sin incurs against the Lord.

In the blueprints of atonement preserved in its lines, there are rich insights into the work of atonement accomplished by Jesus.

The work of atonement is so extensive, it required five different kinds of sacrifice—offered in the course of an elaborate system of festivals and holy days by a carefully defined priesthood, all described in the book of Leviticus—to capture its many nuances. Rather than being scared off by the elaborate minutia that fill the pages of Leviticus, we should delight in all that detail. This ancient Levitical handbook preserves the blueprints that Jesus followed to complete the final sacrifice on the cross. If we want to know what was on Jesus’ heart as he did so, we will turn to the book of Leviticus. And we will not be disappointed.

After his resurrection, Jesus gathered his disciples to explain to them what he had just done. He did so with a Bible study, beginning with “the Law of Moses” (which would include Leviticus) and continuing with “the Prophets and the Psalms” (Luke 24:44). As Jesus taught, the disciples “hearts burn[ed] within [them]” (Luke 24:32). Indeed, the atonement blueprints in Leviticus are an important window into the cross of Jesus, and they should be a cherished focus for every Christian’s study and marvel.

Michael LeFebvre is the author of Leviticus: A 12-Week Study. 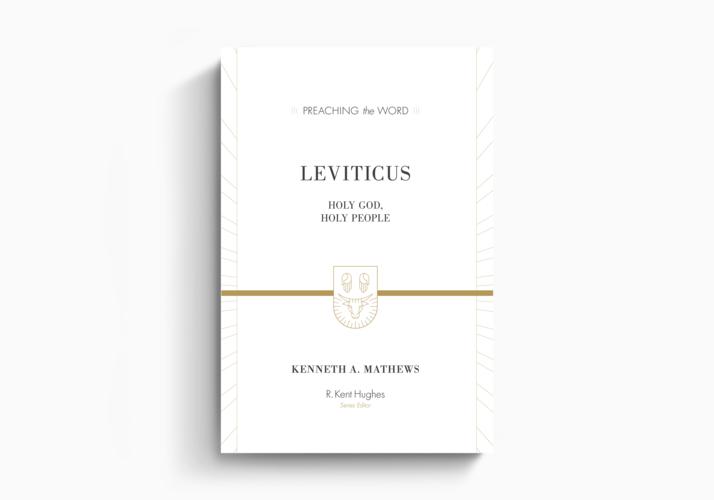