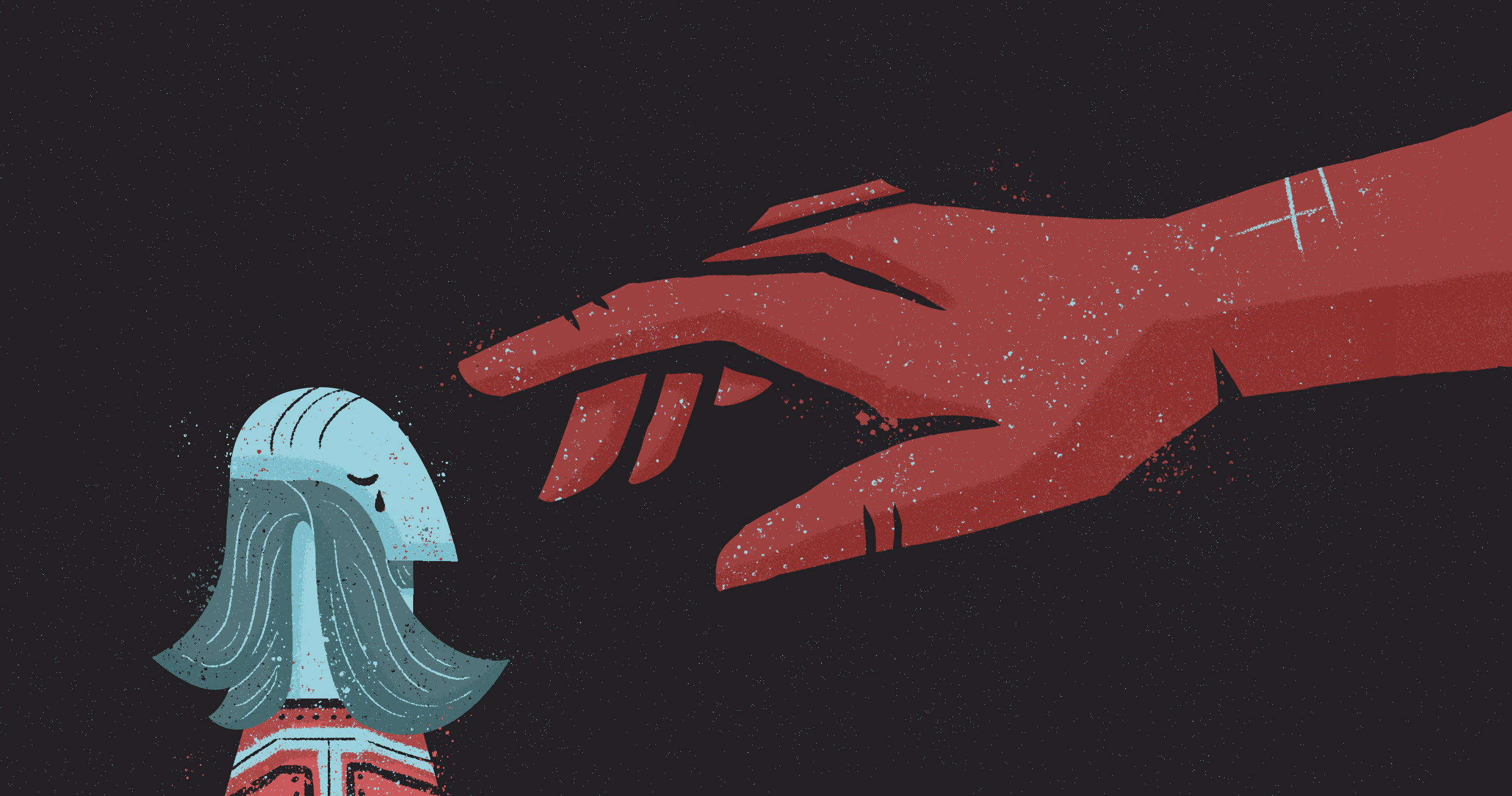 6Now there was a day when the sons of God came to present themselves before the Lord, and Satan also came among them.7The Lord said to Satan, “From where have you come?” Satan answered the Lord and said, “From going to and fro on the earth, and from walking up and down on it.” 8And the Lord said to Satan, “Have you considered my servant Job, that there is none like him on the earth, a blameless and upright man, who fears God and turns away from evil?” 9Then Satan answered the Lord and said, “Does Job fear God for no reason?10Have you not put a hedge around him and his house and all that he has, on every side? You have blessed the work of his hands, and his possessions have increased in the land.11But stretch out your hand and touch all that he has, and he will curse you to your face.”12And the Lord said to Satan, “Behold, all that he has is in your hand. Only against him do not stretch out your hand.” So Satan went out from the presence of the Lord.

A Look into the Heavens

The scene has shifted from earth (Job 1:1–5) to heaven (Job 1:6),1 from “continually” (Job 1:5) to “a day” (Job 1:6), from Job and his family to God and “the sons of God.” Job’s God, or at least the God of the book of Job, is “the Lord,” the covenant God of Israel.2Based on their actions and access to God, “the sons of God” are supernatural beings (perhaps angels)3who apparently serve on what could be labeled the parliament of the universe. Within this honorable cosmic cabinet, we are introduced to someone who is, or will become, the least honorable character in the Bible—the “Satan.”4“Satan” (Hb. satan) could be translated “adversary,” but he seems to function here not as a direct enemy but as an opposing ally. John Goldingay sees this Satan in Job as functioning something like a prosecuting attorney or the political party in the British parliament known as the monarch’s “loyal opposition.” Just as the prosecuting attorney is not an opponent of the judge and the loyal opposition is not set against the government, so Satan’s role in “Yahweh’s cabinet” (so to speak) is to serve Yahweh by making sure that his rule and law is properly upheld.5 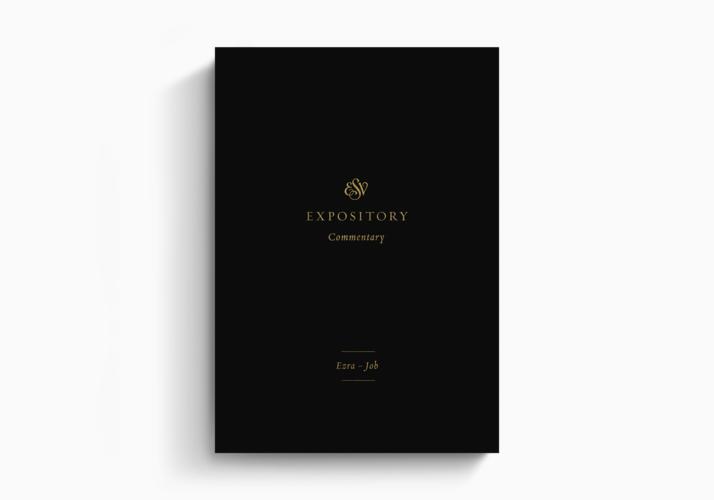 Verses seven and eight record one of the most curious conversations in the cosmos. What is curious is that the Lord seems limited in his knowledge (“The Lord said to Satan, ‘From where have you come?’”)6whereas Satan seems boundless in his abilities (“Satan answered the Lord and said, ‘From going to and fro on the earth, and from walking up and down on it’”). What is also curious is that God is impressed not by Satan’s extraordinary abilities but rather by Job’s character. Echoing the narrator’s fourfold commendation (Job 1:1), the Lord agrees that Job is “a blameless and upright man, who fears God and turns away from evil” (Job 1:8). Moreover, in God’s estimation, Job is more than merely “the greatest of all the people of the east” (Job 1:3); he is unlike any other (“that there is none like him on the earth”; Job 1:8). Satan, who has traveled “the earth” (Job 1:7), is asked if he has “considered” Job, on whom Yahweh bestows the rare and cherished designation “my servant” (Job 1:8). Job joins Abraham (Gen. 26:24), Moses (Num. 12:7), and David (2 Sam. 7:5) in receiving this title.

God is impressed not by Satan’s extraordinary abilities but rather by Job’s character.

Satan has considered God’s servant and is not overly impressed. He believes God’s appraisal is an overstatement because he surmises that Job’s faithfulness is shallow and superficial. In fact, he suggests that it is but a refined form of selfishness,7for he answers Yahweh’s interrogative invitation—“Have you considered my servant Job?” (Job 1:8)—with two interrogatives, an indictment, and an invitation of his own.

Of the many commendations God offered in verse 8, Satan focuses only on the fear of the Lord: “Does Job fear God for no reason?” (Job 1:9). Satan questions the depth, sincerity, and resilience of Job’s relationship with God. He seeks to dive deep into the heart of Job and walk to and fro within it and expose it for what he thinks it is—hollow!

Satan not only questions Job’s heart religion, he also questions Yahweh’s overprotective (“you [have] put a hedge around him”) and overindulgent (“you have blessed”; Job 1:10) providence. This so-called son of God uses the Word of God—the Deuteronomic phrase “you have blessed the work of his hands” (Job 1:10; cf. Deut. 28:12; 33:11)—to challenge God. Satan’s solution to the problem of God’s overprotection and overindulgence is simple: “Stretch out your hand and touch all that he has, and he will curse you to your face” (Job 1:11). Smite your saint! Take away the land flowing with milk and honey. Bring on some of Egypt’s plagues—bestow boils, eliminate the animals, kill the firstborn son. Then we will see Job’s true heart.

Satan’s challenge is bold, brazen, and borderline blasphemous. The last picture we saw of Job was of his offering God sacrifices for his children’s sins. He was loving God and loving others. Satan forces us to envision a very different scene. He wants us to see this blessed man eye to eye with God, cursing him to his face. To curse God is a sin worthy of the death penalty (1 Kings 21:10), and to curse God “to [his] face” (Job 1:11) connotes a direct confrontation and rejection of God, the greatest imaginable transgression.

The ESV’s rendering of the Hebrew particle hinneh as “behold” adds theological stress in ways few words can. From Genesis (“and behold, it was very good”; Gen. 1:31) to Revelation (“Behold, I am coming soon”; Rev. 22:12) and from the incarnation announcement (“Behold, the virgin shall conceive and bear a son”; Matt. 1:23) to the empty tomb (“And behold, . . . an angel of the Lord . . . came and rolled back the stone”; Matt. 28:2), the “beholds” of the Bible are there to catch our attention. The “behold” in Job 1:12 is no different; it announces that something important is to follow—here, a surprising pronouncement.

We might expect God to follow his “behold” with a “be gone,” as Jesus ordered after his final temptation: “Be gone, Satan!” (Matt. 4:10). Instead, the “behold” is followed by a bestowal of power: “Behold, all that he has is in your hand. Only against him do not stretch out your hand” (Job 1:12). It is not surprising that the brilliant author has used clever connecting metaphors:

What is surprising is his theology. Is God in the business of dealing with Satan? Or, worse, is God in the business of giving authority to Satan? Worse still, is God in the business of giving Satan power to do evil to good people? The answer to those questions is “yes.” But the key to understanding why “yes” is the right answer is to understand and rightly apply the final phrase from our final verse, namely, “So Satan went out from the presence of the Lord” (Job 1:12b). This ending leaves little doubt concerning who is in control of Satan, the world, and even what is soon to befall one person living at one time in one obscure place in the world—“There was a man in the land of Uz whose name was Job” (Job 1:1).

This article is by Douglas Sean O’Donnell and is adapted from the ESV Expository Commentary: Ezra–Job (Volume 4) edited by Iain M. Duguid, James M. Hamilton, Jr., and Jay Sklar.

Job
Eric Ortlund
Crossway is a not-for-profit Christian ministry that exists solely for the purpose of proclaiming the gospel through publishing gospel-centered, Bible-centered content. Learn more or donate today at crossway.org/about.