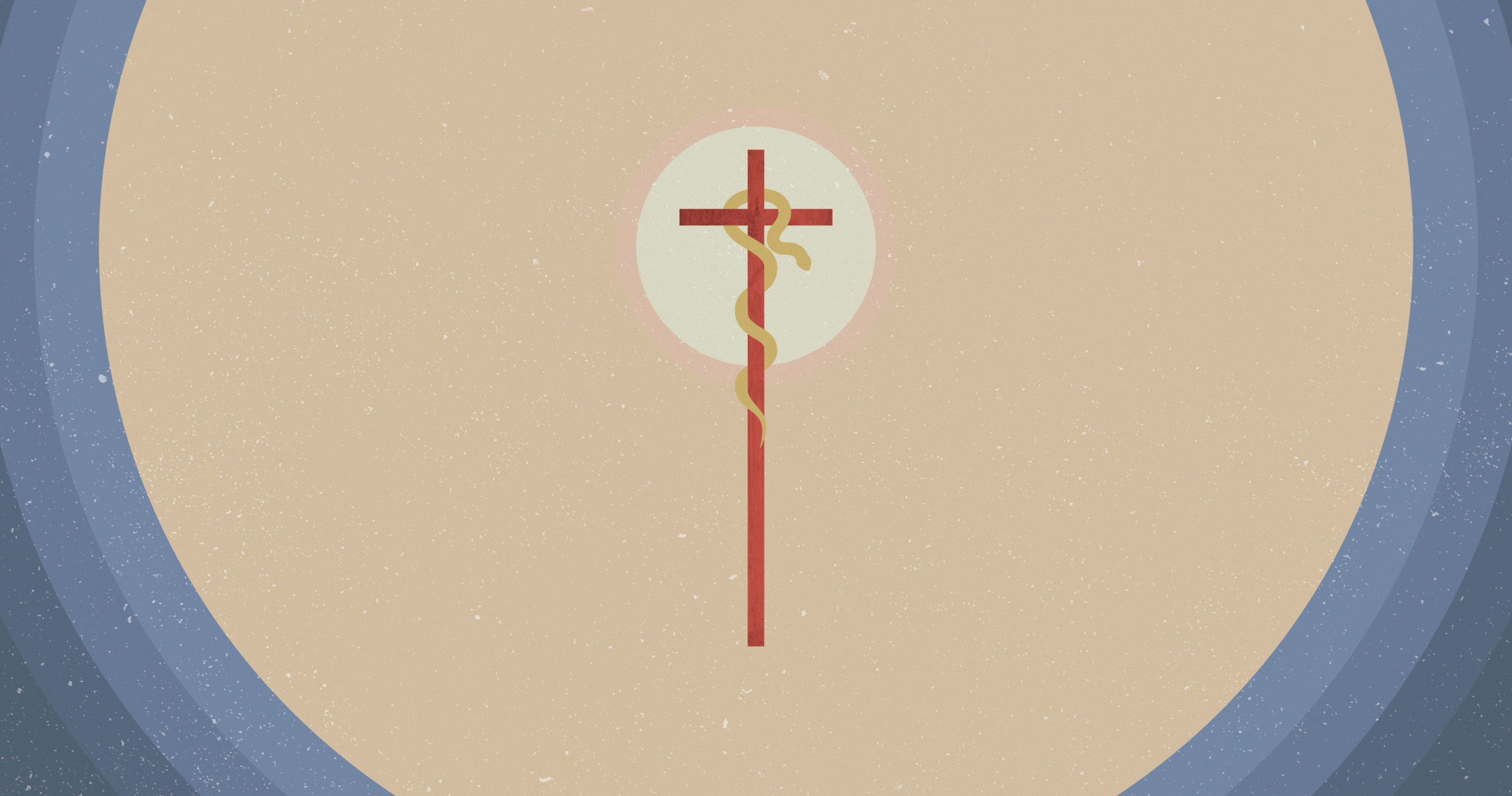 Into the spectacle-loving world, with all of its spectacle makers and spectacle-making industries, came the grandest Spectacle ever devised in the mind of God and brought about in world history—the cross of Christ. It is the hinge of history, the point of contact between BC and AD, where all time collides, where all human spectacles meet one unsurpassed, cosmic, divine spectacle.

The act of crucifixion, repeated thousands of times in the Roman Empire, was a spectacle guaranteed to attract attention. The nailing of living bodies onto trees along public roads was a Roman bloodsport for the masses—public and visible, not confined to the arena. Symbolically, crucifixion was the flexing arm of Rome’s ruling power before gawking spectators in public. So vile was the punishment that, by law, Roman citizens could not be crucified. The cross was reserved for the public dehumanization of rebel slaves, a form of intimidation to keep Rome’s large servile class suppressed, intimidated, and ordered.1

The goal of crucifixion was nothing short of the “elimination of victims from consideration as members of the human race,” a “ritualized extermination” of offenders unfit to live.2 It was role play, says one theologian—“the mocking and jeering that accompanied crucifixion were not only allowed, they were part of the spectacle and were programmed into it.”3

Crucifixion was masochistic participation. “Everyone understood that the specific role of the passersby was to exacerbate the dehumanization and degradation of the person who had been thus designated to be a spectacle. Crucifixion was cleverly designed—we might say diabolically designed—to be an almost theatrical enactment of the sadistic and inhumane impulses that lie within human beings.”4

As the Gospel of Luke tells us: “the crowds . . . had assembled for this spectacle” (Luke 23:48). Scripture foreshadowed that Christ would see the masses “stare and gloat over me” (Ps. 22:17). This theatrical enactment of sadism inside the human heart drew a large crowd. And they saw a show! A man mocked, scorned, beaten, bloodied, and raised up on a tree. But they also saw creation shudder. The earth winced. The temple curtain split top to bottom. The noonday sun was eclipsed for three hours. Tombs broke open.

The dead bodies of many Christians were raised to life. The death of Jesus Christ was not just another crucifixion spectacle; it was the pinnacle of all crucifixion spectacles. For the Romans, “every cross was a mocking throne for rebels,” but according to Scripture, the cross of Christ “was a parodic coronation and enthronement.”5 The cross of Christ was the greatest spectacle in cosmic history for what it ironically subverted. There on the hill of Calvary, Christ “disarmed the powers and authorities,” and in his victory, “he made a public spectacle of them, triumphing over them by the cross” (Col. 2:15 NIV). To die on a tree was to die under the curse of God. But by hanging on a tree, Christ became a curse for us.6

In one large field, we could recrucify every one of the tens of thousands of prisoners and slaves and vanquished enemies in Roman history, or at least recreate the scene with CGI technology, but this crucified King remains in himself the grandest Spectacle.

From this moment on, God intended all human gaze to center on this climactic moment. It is as if God says to us: “This is my beloved Son, crucified for you, a Spectacle to capture your heart forever!” Or, as Augustine said in the age of Roman spectacles, “Do not think, brethren, that our Lord God has dismissed us without spectacles.” No, for there is nothing greater in the world to see than this: “the lion vanquished by the blood of the Lamb.”7By divine design, Christians are pro-spectacle, and we give our entire lives to this great Spectacle, now historically past and presently invisible.

Depending on how you see it, the cross is one of two spectacles—the mocking of a faux king, or the coronation of the true King of the universe. The cross was either a tragic misunderstanding and a ruthless murder of an innocent man, or it was a preplanned spectacle orchestrated by God to display to the world a beauty unsurpassed.

The spectacle of Christ is driven home in conversion when I look back on my life and see that my sins stabbed holes in the bloodied body of Christ. He who loves me, I have pierced.9 To unfallen eyes—and to redeemed eyes— the cross was a spectacle that this world has never, and will never, rival in weight or significance or glory.

So it is wholly appropriate for theologian John Murray to brand the cross of Jesus Christ as “the most solemn spectacle in all history, a spectacle unparalleled, unique, unrepeated, and unrepeatable.”10 Like the venomous snake cast in bronze and raised up as a healing spectacle to cure thousands of poisoned bodies, Christ’s broken body was raised up on a Roman cross as a healing spectacle to revive millions of sinful souls.11 Christ risen up at Calvary marked the pinnacle spectacle for which all other spectacles in world history will never reach, the preeminent spectacle of divine life and divine love, freely offered to the gawking world.

The axis of the cross marks the turning point for God’s plan for this universe.12 The cross points in four directions as the spectacle that brings together heaven, earth, all nations to his left, and every nation to his right. Rejected by earth, forsaken by heaven, this cross-beam held the Savior’s arms open wide. Here divine wrath and divine mercy collided. Even more expressive than the global flood, the cross of Christ was a public display of God’s righteous anger toward billions of sins, once passed over, and now judged in the full manifestation of his wrath in visible human history.13

In light of this supreme spectacle, Charles Spurgeon rhetorically asked: “Was there ever such a picture as that which God drew with the pencil of eternal love, dipped into the color of Almighty wrath on Calvary’s summit?”14 Answer: no. This wrath-bearing burden of Christ, invisible to the naked eye, is the truest Spectacle within the Spectacle, a climactic moment in triune history when the full cup of God’s wrath was handed to the precious Son to drink down to the dregs.15 He who knew no sin, became sin, became our sin, and embodied the full ungodliness of our iniquities.16

6 Keys to a Rewarding Digital Detox

Our screens project images to us that are more attractive than our real lives, and that’s all by design. Lured in, we escape into our screens, get hooked, and find it difficult to escape.

Will Your Phone Dominate Your Life in 2018?

As another new year begins, let's examine our habits, including our relationships to social media and our phones.

By the Spirit, We See the Cross

The bold and clear preaching of the cross materializes the spectacle of the cross before a congregation, for those with the faith to see it.