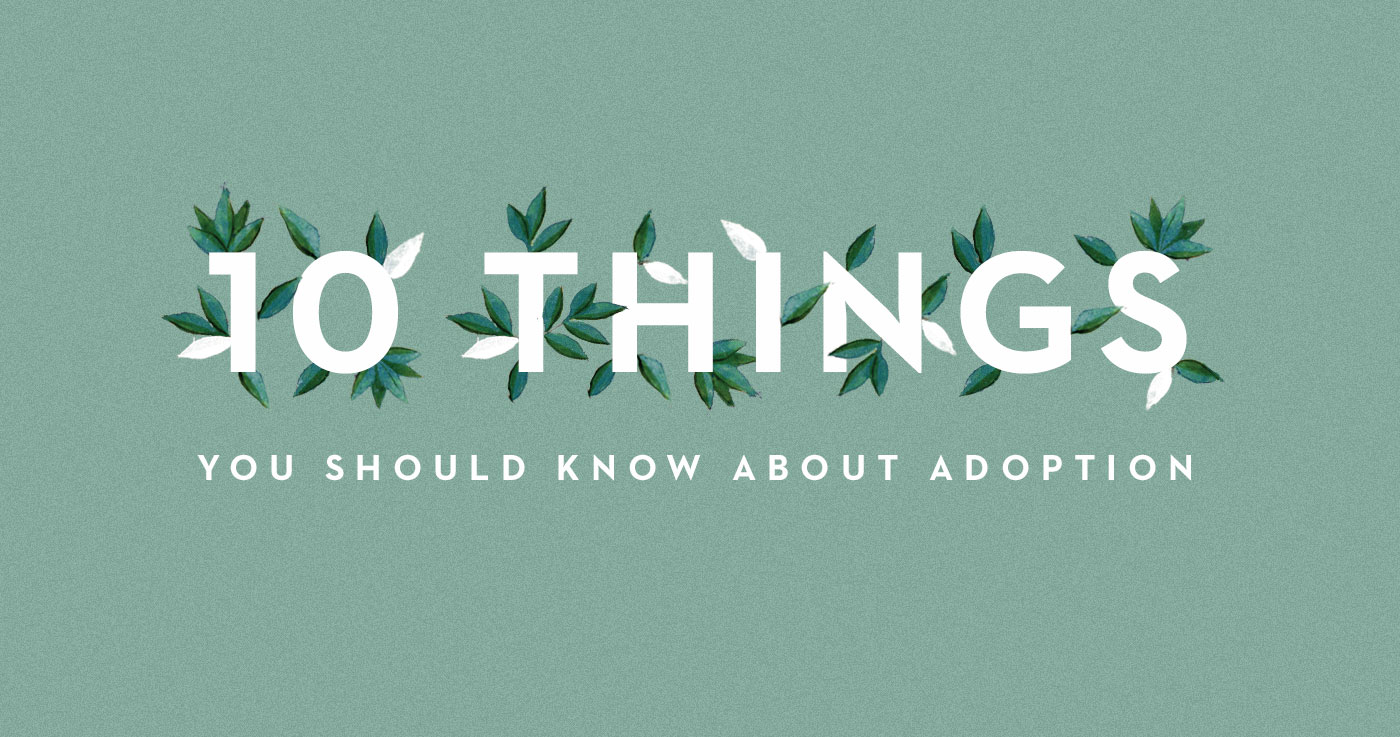 The Bible tells us that human families are reflective of an eternal fatherhood (Eph. 3:14–15). We know, then, what human fatherhood ought to look like on the basis of how our Father God behaves toward us. But the reverse is also true. We see something of the way our God is fatherly toward us through our relationships with human fathers. And so Jesus tells us that in our human father’s provision and discipline we get a glimpse of God’s active love for us (Matt. 7:9–11; cf. Heb. 12:5–17). The same truth is at work in adoption. Adoption is, on the one hand, gospel. In this, adoption tells us who we are as children of the Father.

Adoption is contested, both in its cosmic and missional aspects. The Scriptures tell us there are unseen beings in the air around us who would rather we not think about what it means to be who we are in Christ. These rulers of this age would rather we ignore both the eternal reality and the earthly icon of it. They would rather we find our identity, our inheritance, and our mission according to what we can see and verify as ours—according to what the Bible calls “the flesh” (Romans 8)—rather than according to the veiled rhythms of the Spirit of life. That’s why adoption isn’t charity—it’s war.

3. Adoption isn't for everyone, but no one is excluded from being involved.

Not everyone is called to adopt. No one wants parents who adopt children out of the same sense of duty with which they may give to the building fund for the new church gymnasium. But all of us have a stake in the adoption issue, because Jesus does. He is the one who tells us his Father is also “Father of the fatherless” (Ps. 68:5). He is the one who insists on calling “the least of these” his “brothers” (Matt. 25:40) and who tells us that the first time we hear his voice, he will be asking us if we did the same.

Adoption forms and creates a new reality, a new family.

Missionaries often say—and rightly, I believe—that the question one should ask is not whether you are called to missions but how. One shouldn’t ask first, “Am I called to take the gospel to the nations?” but “Am I called to support the Great Commission from home?” A similar principle is at work here.

Some people “feel called” to the mission field but clearly shouldn’t go. Many more should be there—or should be funneling prayer support and monetary aid to those preaching overseas—who haven’t even considered how they fit into God’s global purposes. Some of you may feel called to adopt children, but you clearly shouldn’t. Maybe your marriage is in trouble, or you lack self-control in your finances or your anger or your work ethic. Probably many more of you would make excellent parents—for the first time or again—if you’d just make yourself vulnerable enough before your God to ask.

5. Adoption requires unity in the church.

Adoption would become a priority in our churches if our churches themselves saw our brotherhood and sisterhood in the church itself rather than in our fleshly identities. For some Christians—maybe for you—it’s hard to imagine how an African American could love a white Ukrainian baby, how a Haitian teenager could call Swedish parents “Mom” and “Dad.” Of course that’s hard to imagine, when so many of our churches can’t even get over differences as trivial as musical style.

We have to learn to discover who we really are, together, as the adopted children of God.

6. Adoption takes more than a village.

Your congregation can encourage and equip the adoption of infants and children. Your church can preach the gospel and care for the vulnerable. You can provide the funds and the encouragement and the prayer support for untold numbers of Great Commission families. If adoption is to be a priority, it will take mobilizing congregations to do so. After all, it takes more than a village to adopt a child, at least for those of us in Christ. It takes a church.

Our adoption in Christ means a transfer from an old fatherhood to a new one. We are no longer Satan’s children, though he disputes the custody arrangement—and we feel pulled in the meantime—right up until our final adoption at the resurrection from the dead. This doesn’t mean that birth parents are to be equated with Satan—not at all. It does mean, though, that adoption forms and creates a new reality, a new family.

8. Adoptions prompts a multitude of questions.

There are all sorts of questions you will have to answer, if God is calling you into the adoption process. You may feel as though you’re being asked not to split the baby in two but to fit the family together and, unlike Solomon and Jesus, you’re unsure if you have the wisdom to proceed. That’s normal.

It’s also normal that God grants wisdom to those who ask (James 1:5). Many of your answers to these questions will change your life and that of your family. In many cases, the answers will differ from family to family, from person to person. But let’s make sure that our answers are rooted in the gospel of a kingdom that is hidden from “the wise and understanding” and revealed to “little children” (Matt. 11:25).

Some adoptions can be very expensive. But let’s put the cost in perspective. Have you ever been to a parenting seminar where an expert starts talking about money? Have you heard these experts rattle off the figure of what it takes to raise a child from birth to eighteen? It sounds daunting, doesn’t it? When you hear a figure like that, you don’t think of anything else on which you could ever spend that amount of cash. It sounds like something only a hyperwealthy entrepreneur could afford.

But look around. There are parents everywhere. They’re not all Rockefellers or Hiltons. They’re not all tycoons or heiresses. Garbage collectors have children, as do discount-store-shelf stockers and coffee-shop clerks and people in every other occupation you can imagine. Child-rearing itself is expensive, but all kinds of people do it—because it’s a priority, and families adjust their internal economies to fit. The same is true with adoption.

Caring for orphans means, in a very real sense, joining them in their distress. I cannot tell you that won’t be risky. It could upend your plans for yourself and your family altogether. It could wreck your life plan. These children need to be reared, to be taught, to be loved, to be hugged, to be heard. That may take far more from you than you ever expected to give. This sort of love is not easy. But for those who are called to it—it is worth it.

This article is adapted from Adopted for Life: The Priority of Adoption for Christian Families and Churches by Russell Moore.