1. Eden was good, but not yet fully glorious.

From the very beginning, Eden was not meant to be static; it was headed somewhere. We could say there was an eschatology of Eden. God’s intentions for his creation have always been headed toward consummation, toward glory.

2. Eden was abundant, but it wasn’t yet expansive.

Genesis 2:8 tells us that on the earth God created, “the LORD God planted a garden in Eden, in the east.” He instructed Adam and Eve to, “Be fruitful and multiply and fill the earth and subdue it, and have dominion over the fish of the sea and over the birds of the heavens and over every living thing that moves on the earth” (Gen 1:28). Clearly there was an expansion project in the works. As Adam and Eve worked and kept the garden, and as they were fruitful and multiplied, Eden would grow beyond its current boundaries, and the glory of Adam and Eve’s royal rule would increase. 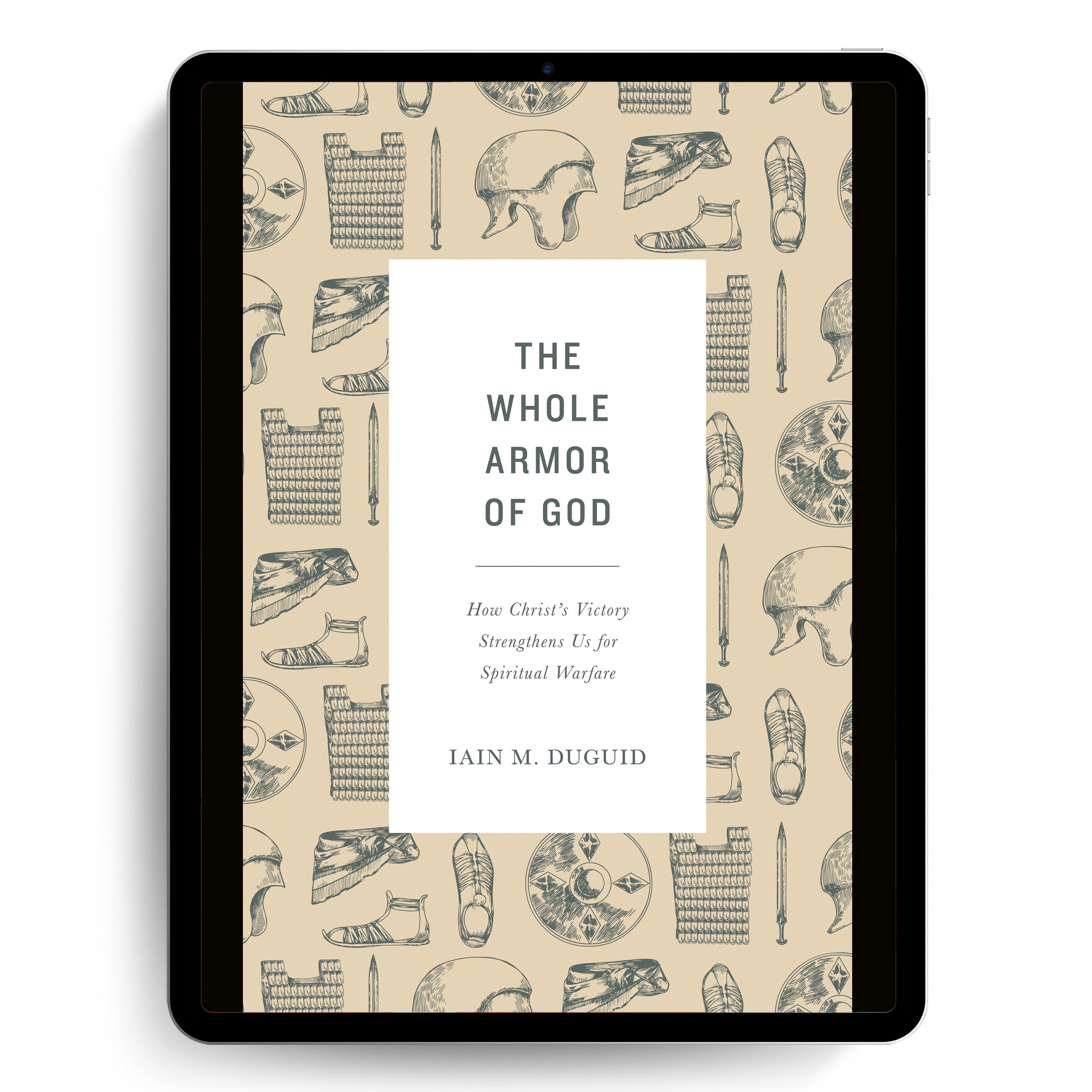 Get a free copy of the ebook ‘The Whole Armor of God’ by telling us a little bit about yourself!

As good as the original Eden was, it was vulnerable to evil, deception, and even death. This becomes obvious when we consider that Satan inhabited the body of an ordinary serpent and brought death into the pristine garden. In Revelation 21, John takes care to assure us that this will not happen in the greater garden to come. It will be utterly secure. “Nothing unclean will ever enter it, nor anyone who does what is detestable or false, but only those who are written in the Lamb’s book of life,” (Rev. 21:27).

4. Eden had a rhythm of work and then rest, but not yet unending rest.

God did his work of creation, and then he rested. In his rest, God was setting before Adam something to look forward to when he accomplished his work of subduing the earth, exercising dominion over it, and filling it with image bearers. Had Adam faithfully finished the work, he and Eve and their offspring would have entered into a permanent Sabbath rest.

5. Adam and Eve were made in the image of God, but not yet as glorious as God intended.

God’s intention to dwell with a holy people in a holy land could not be thwarted by human sin.

6. Adam and Eve were naked, not yet robed in royal splendor.

When we read in Genesis 2 that Adam and Eve were naked in Eden, it may initially seem to us to be a good or neutral thing. But Moses’ original readers would have recognized that something was lacking. These were royal representatives of the great king. And royal representatives in Scripture are always dressed in royal robes (think of Joseph’s coat of many colors, Jonathan’s robe given to David, the robe and ring given to the prodigal son). The report of their nakedness indicated a need for royal clothing which would have been given to them had they faithfully exercised dominion. But instead of being further clothed, Adam and Eve lost the original glory that covered them. This is what made their nakedness before God so unbearable that they sought to cover themselves up with fig leaves.

7. Adam and Eve enjoyed one-flesh intimacy, but their bond was vulnerable to brokenness.

The love story in Eden began with Adam and Eve enjoying bone-of-my-bones, flesh-of-my-flesh intimacy. But the same two people who were naked and unashamed are, only a few verses later, trying to cover up their shame. The same husband who held out his hand to his wife to welcome her, exclaiming, “At last!” only a few verses later points the finger of blame in her direction, saying, “The woman whom you gave to be with me, she gave me fruit of the tree, and I ate” (Gen. 3:12). This partnership that was intended to bless the world brought a curse upon the world.

Ever since this first marriage went so terribly wrong, God has been working out his plan to present a perfected bride to the perfect groom. The day will come when the shadow of temporary human marriage will give way to the substance—the eternal, unbreakable, most intimate marriage between Christ and his bride. This will be the happiest marriage of all time.

8. Adam and Eve enjoyed God’s presence, but they were vulnerable to his presence in judgment.

Adam and Eve experienced the joy of God’s presence with them in the garden before they sinned. But one aspect of his presence with them was the warning he gave them regarding the forbidden tree, “In the day that you eat of it you shall surely die’” (Gen. 2:17). When we read in Genesis 3:8 that Adam and Eve “heard the sound of the LORD God walking in the garden in the cool of the day,” it was not as though God was taking his regular leisurely afternoon stroll in the garden. This was judgment day, which for Adam and Eve meant that it was also eviction day. No longer could they live in the holy sanctuary of Eden in the presence of a holy God, because they had become unholy people.

But God’s intention to dwell with a holy people in a holy land could not be thwarted by human sin. Instead, God began working out his plan to make it possible for sinners to be made clean and holy in order to live in his presence. The day is coming when, “He will dwell with them, and they will be his people, and God himself will be with them as their God” (Rev. 21:3).

9. Adam and Eve could have gained the knowledge of good and evil without eating from the forbidden tree.

When we read about the tree of the knowledge of good and evil (Gen. 2:9), we might think that there must have been something essentially evil, even foreboding, about this tree. But it wasn’t forbidden because it was evil. Rather, it was evil because it was forbidden. God had put this tree in the garden to give Adam and Eve the opportunity to live out genuine faith and obedience. Adam and Eve could have used the wisdom God gave them through his word to judge the Serpent’s lies and rebellion against God as evil, while clinging to God’s goodness. Adam should have crushed the head of the evil serpent then and there. He should have squashed this rebellion rather than taking part in it. Had he done so, Adam and Eve would have been able to eat their fill of the tree of life, and enter into a heavenly life, without ever having to experience death.

10. Eden had the tree of life, but Adam and Eve were prohibited from eating from it.

We’re not told specifically that Adam and Eve could not or did not eat of the tree of Life that was in the midst of the garden. But it would seem that the fruit of this tree was a feast for Adam and Eve would enjoy once they passed the test of obedience represented in the forbidden tree. Revelation 2:7 speaks of eating of the tree of life being granted to those who “overcome” or “conquer.” Clearly, Adam and Eve did not overcome temptation. They were meant to rule over creation but they couldn’t rule over their own appetites. Because of their disobedience they were barred from eating of the tree.