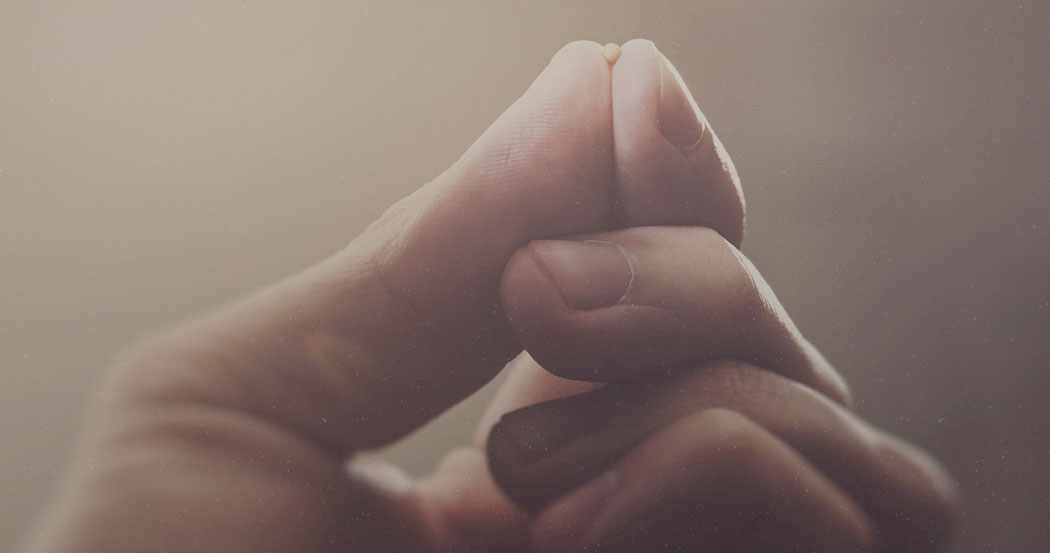 1. Apologetics is as much for believers as it is for unbelievers.

Let’s roughly define apologetics as the use of arguments to remove doubt or unbelief (I’ll qualify this in the next point). The point here is that unbelief often comes from our own hearts and minds, despite the fact that we’re Christians. For my own part, apologetics has always been something I do as much for me as for others.

The point here is that unbelief often comes from our own hearts and minds, despite the fact that we’re Christians.

2. Apologetics can be used preemptively.

Here’s the qualifier I mentioned above: although we often use apologetic arguments to remove doubts, we can also use them to prevent doubts. Teaching apologetics to young believers can be a preemptive strike on unbelief.

This won’t prevent all doubting, but it can certainly mitigate it. This point is particularly important for parents. Notice that points (1) and (2) imply that apologetics is for absolutely everyone—Christians and non-Christians, doubters and non-doubters (i.e., not-currently-doubters).

3. There is a difference between knowing that Christianity is true and showing that it’s true.

Ultimately, we know that Christianity is true because the Holy Spirit opens our eyes to its truth (which should remind us to steep our apologetics in prayer).

4. No one has all the answers.

Be realistic and avoid the temptation to think that in order to address your neighbor’s skepticism you must first have all the answers. No one has all the answers. When you don’t know something, say so and be fine with it. Know your limits.

This isn’t an excuse to be sloppy or to avoid the hard work of study, but rather an encouragement to be humble, and to therefore be relaxed and gentle. Also, be prepared to come to the realization that the more you learn, the more you’ll see how complicated the issues are. This is just a design feature of learning.

5. There are no airtight arguments.

Although there may be strong arguments for Christianity, none of them is absolutely compelling, forcing everyone to believe the conclusion upon pain of irrationality. To put it differently, there are no proofs for Christianity in the strong sense of "proof."

This shouldn’t be troubling—after all, there are few, if any, arguments whose conclusion can’t be avoided somehow—even if this avoidance puts the person into some intellectual contortions. Can you prove that there is actually a computer in front of you and that you’re not in the Matrix? No. So don’t expect more from arguments than they can deliver.

We can often mistake the strength of our commitment to Jesus for the rational strength of our arguments for Christianity. Properly acknowledging the limitations of an argument doesn’t imply that you’re somehow hedging on your profession of faith. Similarly, acknowledging that there are good arguments for atheism or agnosticism doesn’t mean that you’re being disloyal.

7. The strength of arguments is person-relative.

A watershed experience for me in graduate school was seeing equally brilliant philosophers, each of whom knew all the same arguments, come to wildly different conclusions. When we evaluate arguments, all of us weigh them against our own unique set of background beliefs, experiences, temperaments, proclivities, and emotions.

And though this doesn’t mean that “anything goes” when evaluating arguments, neither are arguments purely a matter of logic and observation. Everyone is unique and no one is neutral. By the way, none of this implies that truth is relative.

This will be controversial among die-hard devotees to specific methods, but don’t get too caught up in “schools” of apologetic method. It is helpful to become familiar with them, and even fine to have a favorite, but the best “method” for the job will depend on many factors. Some of these factors include your background/expertise, interests, personality, and temperament (as well as those of your audience). Your approach will also depend on the physical setting. A lecture hall is different from a coffee shop or the internet.

Again, this doesn’t mean that just any old thing is fine—or that all methods or approaches are equally good. I sometimes think of it in terms of learning martial arts styles: it’s best to learn a number of them, taking the things that work best (for you) from each one. Learn them but don’t get too distracted with their categorization.

Changing someone’s mind isn’t the only goal of apologetics. In fact, that’s unlikely to happen in the moment. Rather, think of any apologetic encounter as planting a seed that will come to fruition later. Or perhaps you’re simply helping prepare the soil so that someone else can plant.

That’s not to say you shouldn’t pray for God to do big things, but remember that we often don’t get to see firsthand those big things. So you shouldn’t be discouraged (or angry or defensive) when the person you’re talking with doesn’t agree with you. It’s not all on your shoulders.

10. Apologetics is ultimately about people.

It’s easy to get caught up in ideas, concepts, and arguments—especially for people who are naturally drawn to apologetics. But apologetics is a means to an end, a means of helping people to live for Jesus.

An apologetic encounter isn’t a sales pitch; neither is it a fight (my above martial arts example was a training metaphor, not one about attitude). Love the people you come into contact with. Ask them questions and genuinely listen to their answers. Be gentle and humble.