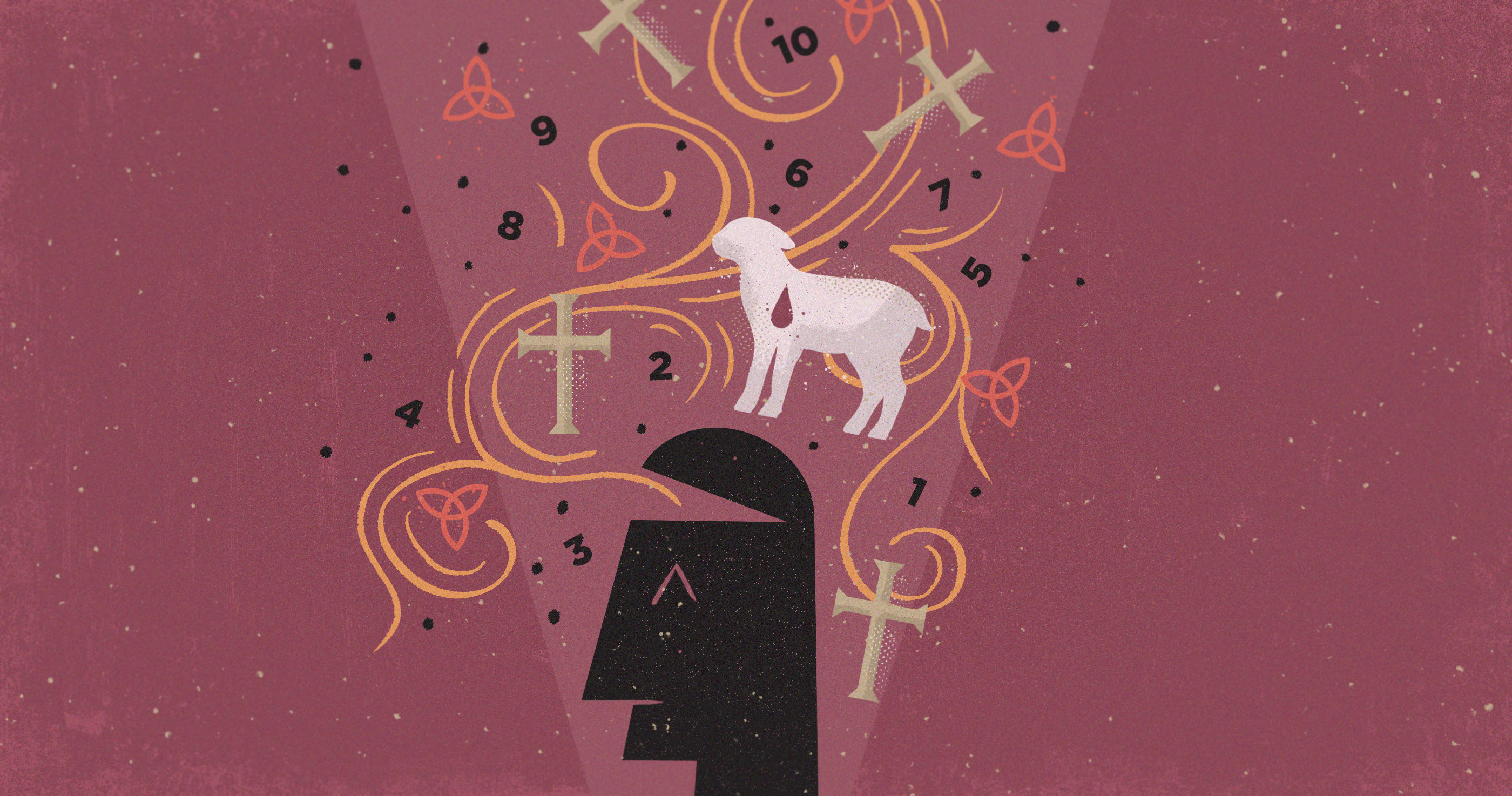 1. Definite atonement is a way of speaking about the intent and nature of Christ’s death.

The doctrine of definite atonement states that, in the death of Jesus Christ, the triune God intended to achieve the redemption of every person given to the Son by the Father in eternity past, and to apply the accomplishments of his sacrifice to each of them by the Spirit. In a nutshell: the death of Christ was intended to win the salvation of God’s people alone; and not only was it intended to do that but it effectively achieved it as well. Jesus will be true to his name: he will save his people from their sins. In this regard, the adjective ‘definite’ does double duty: Christ’s death was definite in its intent—he died to save a particular people; and it was definite in its nature—his death really does atone for sin.

2. Definite atonement has courted controversy in the Christian church.

For some, definite atonement is a ‘grim doctrine’ (Karl Barth), containing ‘horrible blasphemies’ (John Wesley); for others, it is a ‘textless doctrine’ (Broughton Knox), arrived at by logic rather than by a straightforward reading of the Scriptures (RT Kendall). Pastorally, definite atonement is viewed as the Achilles’ heel of the Reformed faith, quenching a zeal for evangelism and inviting despair rather than assurance for the believer. With such a checkered history, one may well ask why we should even discuss the doctrine, never mind believe it. But just because a doctrine is controversial does not mean it should not be discussed, defended or embraced. Were that the case, we would not be Trinitarian Christians who hold to justification by faith alone!

3. The Bible itself asks the question of the intent and nature of Christ’s death.

4. No one Bible verse answers the question of the intent and nature of Christ’s death.

Christian doctrine is not arrived at by providing a few proof texts here or there. If we treated doctrine like that, then we would have to affirm justification by works and not justification faith alone, as there is a text clearly stating the former (James 2:24) but no such text stating the latter. The same may be said about other important doctrines like the Trinity or the two natures of Christ in one person. These doctrines are arrived at by holding together a range of biblical texts, while at the same time synthesizing internally related doctrines that relate to the doctrine in view. In the case of definite atonement, this includes doctrines such as union with Christ and the Trinity. For example, when we consider the atonement in light of our union with Christ, then locating the particularity of the atonement at the moment when Christ died begins to make sense; or when we consider that the work of each person of the Trinity is always performed in harmony with the other persons of the Trinity, we realize that when Christ died there could not be ‘cross’ purposes (pun intended) in the Godhead.

Martin Luther said that the sweetness of the gospel is found in the personal pronouns: “the Son of God who loved me and gave himself for me” (Gal. 2:20). Definite atonement helps to personalize Christ’s death and deepens our appreciation of his love for us. Precisely because he died as Someone for some people, when he died on the cross, we were on his mind (cf. John 17). But more than that, because Christ’s death propitiated God’s wrath for all of our sins, it means that we cannot experience God’s wrath on the future day of judgment. The price has been paid, the penalty borne, the law satisfied, and condemnation removed.

‘Payment God cannot twice demand—
First at my bleeding Surety’s hand
And then again at mine.’
(Augustus Toplady)

6. Definite atonement motivates us for evangelism and mission.

The gospel we proclaim is one in which Christ has propitiated God’s wrath against sinners—not potentially or hypothetically—but actually. And since he has definitely done this for all kinds of people, we should preach the gospel indiscriminately to all, knowing that Christ will save those for whom he died. Revelation 5:9 is our motivation: “by your blood you ransomed people for God from every tribe and language and people and nation . . . .”

Definite atonement helps to personalize Christ’s death and deepens our appreciation of his love for us.

7. Definite atonement does not exhaust the meaning of the cross.

Definite atonement says something essential about Christ’s death, but it does not say everything there is to say. There are many aspects of the atone­ment which need to be affirmed alongside its definite intent and nature: the sufficiency of Christ’s death for all; the free and indiscriminate proclamation of the gospel to all; God’s love for the non-elect and his salvific stance to­ward a fallen world; the atonement’s implications for the entire cosmos and not simply the church.

8. The doctrine of definite (or indefinite) atonement will not save us.

Christians who belong to the Reformed tradition love their doctrines, not least the ‘doctrines of grace’, of which definite atonement is one. But there is always the danger that we slip into thinking that doctrine—especially, pure doctrine—is what saves us. But we can be a card-carrying biblical inerrantist, and still end up in hell. Just look at the Pharisees. We can be a member of Christ’s church, covenantally signed and sealed, and still end up in hell. Just look at Judas. And the same goes for ‘5-point Calvinists’. The danger is that we end up loving the Scripture, or the sign, or the doctrine more than the Saviour. When our faith is in something other than Christ, then there is no salvation. Definite atonement does not save us, just as faith does not save us. Jesus Christ, who provided a definite atonement, saves us through faith. “The saying is trustworthy and deserving of all acceptance, that Christ Jesus came into the world to save sinners” (1 Tim. 1:15)—not a definite (or indefinite) atonement.

9. Definite atonement is wonderfully displayed in the sacraments of baptism and the Lord’s Supper.

In the word that accompanies the two sacraments of the Christian church, two words highlight the truth of definite atonement.

For you, little child,
Jesus Christ has come, he has fought, he has suffered.
For you he entered the shadow of Gethsemane and the horror of Calvary.
For you he uttered the cry, “It is finished!”
For you he rose from the dead
and ascended into heaven
and there he intercedes—
for you, little child, even though you do not know it.
But in this way the word of the Gospel becomes true.
“We love him, because he first loved us.”

10. Definite atonement is a beautiful doctrine because it spotlights the unity of Christ’s person and work.

Definite atonement displays the person of Christ performing his work in union with his people for the glory of his Father by the help of his Spirit. Definite atonement tells the story of the Warrior-Son who comes to earth to slay his enemy and rescue his Father’s people. Christ is the Good Shepherd who lays down his life for his sheep, a loving Bridegroom who gives himself for his bride, and a victorious King who lavishes the spoils of his conquest on the citizens of his realm. He is the Head who sacrifices himself for the body, the Master who dies for his friends, the Firstborn who gives himself for his brothers and sisters, the Last Adam who falls into a deep sleep and from his riven side, as with the first Adam, comes his bride.

Why would you not want to believe the doctrine of definite atonement?