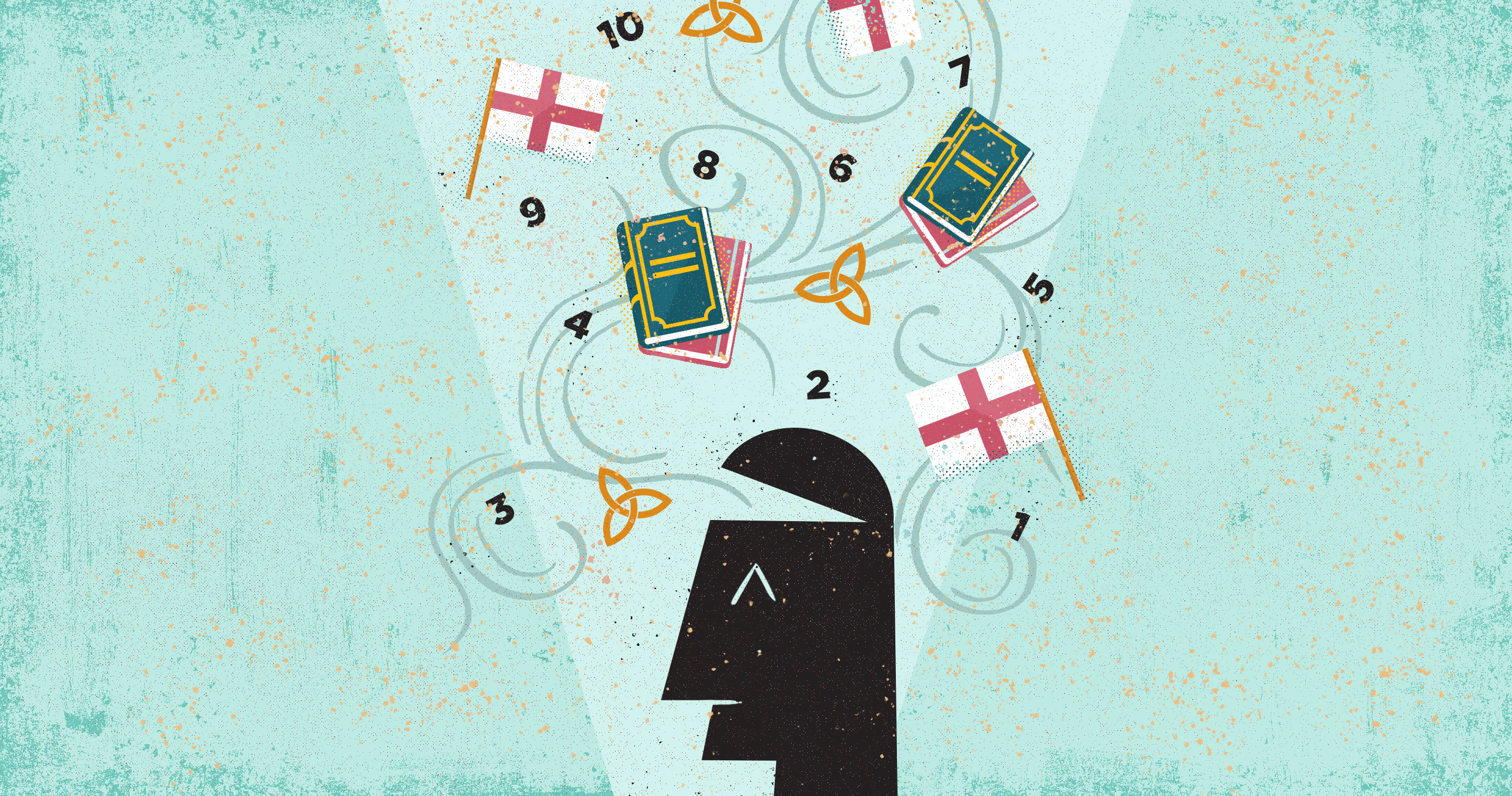 Born in 1616 and dying in 1683, Owen lived through the deaths of his first wife and all of his children, several of whom died in very early childhood. He supported his last surviving daughter when her marriage broke down. He contributed to a political revolution, watched it fail, saw the monarchy restored and wreak a terrible revenge on republicans, and lived in and around London during the persecution that followed. For twenty years he would have seen the decapitated heads of his friends on display around the city. He died fearing that the dissenting churches had largely abandoned the doctrine of the Trinity and justification by grace alone through faith alone in Christ alone; and, with Charles II about to be replaced by his openly Catholic brother James, believing that the English Reformation was almost over.

2. Owen was one of the most published writers in the seventeenth century.

He published around 8 million words. These writings included books on theology and spirituality, politics and economics, and ranged in length from the largest commentary ever published on the epistle to the Hebrews to a short Latin poem that has never been reprinted. For not all of Owen’s works have been kept in print. The most widely circulating nineteenth-century edition, most of which is published by the Banner of Truth, did not include Owen’s sermon manuscripts that are kept in various English libraries, nor the book for children that Owen published in 1652.

3. Owen was one of England’s earliest children’s authors.

The catechisms that Owen published (1645) outlined what he expected children in his congregation to know. These catechisms were published before the Westminster Assembly published its better-known examples. But Owen’s catechisms are in many ways simpler. The Primer (1652), which Owen prepared after the death of several of his children during the years of poor harvests and disease at the end of the 1640s, showed what Owen expected of an ideal Christian home. Its routine would be built around Bible reading and prayer, he believed, and his little book included sample prayers that children could learn to pray in mornings, evenings, and at meals. Owen argued that those who led church services should take account of the needs of children. Services that were too long, he believed, did no one any good. Adult believers should not need written prayers, he believed, and these should be banned from public worship. But children were different and needed all the help they could get. 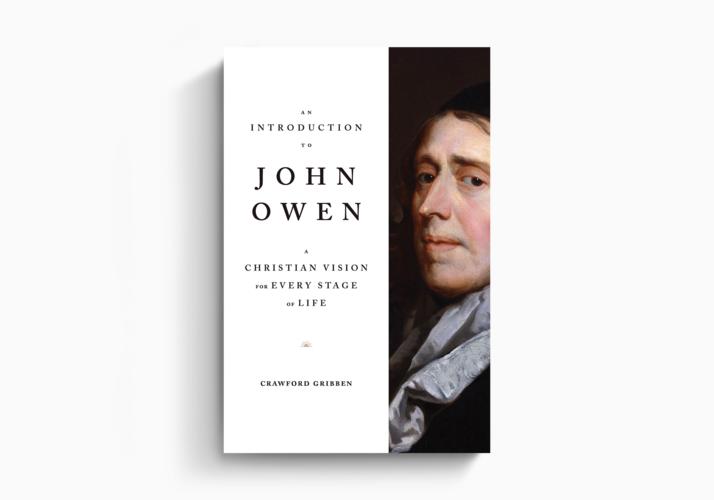 His social network included many of the most famous writers in seventeenth-century England. Among his friends and rivals were John Milton, Andrew Marvell, John Bunyan, and Lucy Hutchinson. Owen fell out with Milton and became the subject of one of his sonnets. Owen helped Marvell publish one of his most controversial political pamphlets. He encouraged his publisher, Nathanial Ponder, to publish Bunyan’s Pilgrim’s Progress. And he appears to have supported Lucy Hutchinson during her move into London, when she attended and took notes upon his preaching and translated large parts of his Theologoumena Pantodapa (1661)—a translation of which has been published with the title Biblical Theology. Owen’s letters reveal his kindness and care as a pastor, especially to mothers grieving their children’s death.

He preached to Members of Parliament on the day after the execution of Charles I, and pinned his hopes for the reformation of church and society on their efforts to transform England into a protestant republic. During the 1650s, under the leadership of Oliver Cromwell, Owen served on important committees that sought to establish a religious foundation for the new regime. But he grew dismayed by the ways in which the Cromwell family, and the administration they led, seemed to turn away from godly values. In 1658, he worked with leading army officers to create a crisis that, he likely hoped, would call the regime back to its earlier ideals. It failed, and instead created the crisis that was resolved by the restoration of the monarchy, the return of Charles II, and the persecution of dissenters that followed. During the Restoration, Owen kept his head down, and, as persecution slackened in the later 1660s, published pamphlets that argued that dissenters were the economic lifeblood of the English nation. But he was chastened by his attempts at political intervention and came increasingly to realize that his focus should be on things eternal.

As his developing attitudes to political intervention suggest, Owen committed himself to some beliefs and behaviors that he came to regret. In his early years, he changed his churchmanship from Presbyterianism to Congregationalism. He innovated as a Congregationalist, installing as a co-elder and preacher a man who would not be ordained for several years. He argued for the weekly celebration of the Lord’s Supper, though it is not clear that he ever persuaded any of his congregations to practice it. He thought carefully about the end times and came to believe that, in the latter days, a large number of Jewish people would be converted to Christianity and would return to live in the Promised Land. He dismissed a great deal of discussion about the millennium, but became convinced that the binding of Satan had yet to be achieved. Owen changed his mind because he kept on studying the Bible.

Christians should never choose between entire dependence upon the Bible and the Spirit.

7. Owen was biblical, through and through, and depended just as much on the Holy Spirit.

He certainly believed in a learned ministry–after all, he had taught theology at Oxford and done his best to promote godliness within the student body. But he also trusted the Holy Spirit to guide ordinary Christians in small group Bible studies that did not need to be policed by a formally trained expert. Aside from his own Bible study, which advanced on the serious scholarship represented by the three thousand titles that were included in the catalog of his library published soon after his death, Owen encouraged church members to meet together to study Scripture in private.

8. Owen trusted the Bible and the work of the Spirit after writing about both.

Owen was not a philosophically-driven, rationalist theologian. His writing abounds in biblical citations. It is molded and contoured by biblical revelation. But he warned that Christians could approach their study of the Bible with absolutely no spiritual advantage to themselves. Christians who approached the study of the Bible without absolute dependence upon the Spirit who inspired and preserved it would gain no more benefit than Jewish readers did from their Scriptures, he argued. Christians should never choose between entire dependence upon the Bible and the Spirit.

9. Owen believed that the goal of the Christian life was knowing God.

Before Owen, no one had ever shown clearly how Christians relate to each person of the Trinity. Owen described the goal of the gospel as revealing the love of the Father, who sent the Son as a redeemer of his people, who would be indwelt, provided with gifts, and united together by the Spirit. Owen’s Communion with God is among his most celebrated achievements—and no wonder. It is the exhalation of his devotion to Father, Son, and Spirit, and the discovery of the limitless love of God.

10. Owen is much easier to read than many people imagine.

There is a mystique to Owen—a widespread feeling that his books are too difficult and best left to expert theologians. But Owen’s greatest books were written as sermons for an audience of teenagers. Publishers have begun to modernize Owen’s language in new editions of his works. Now more than ever, it’s time to pick up Owen and find his encouragement for the Christian life.

Crawford Gribben is the author of An Introduction to John Owen: A Christian Vision for Every Stage of Life.

Contending for Our All
John Piper
Crossway is a not-for-profit Christian ministry that exists solely for the purpose of proclaiming the gospel through publishing gospel-centered, Bible-centered content. Learn more or donate today at crossway.org/about.