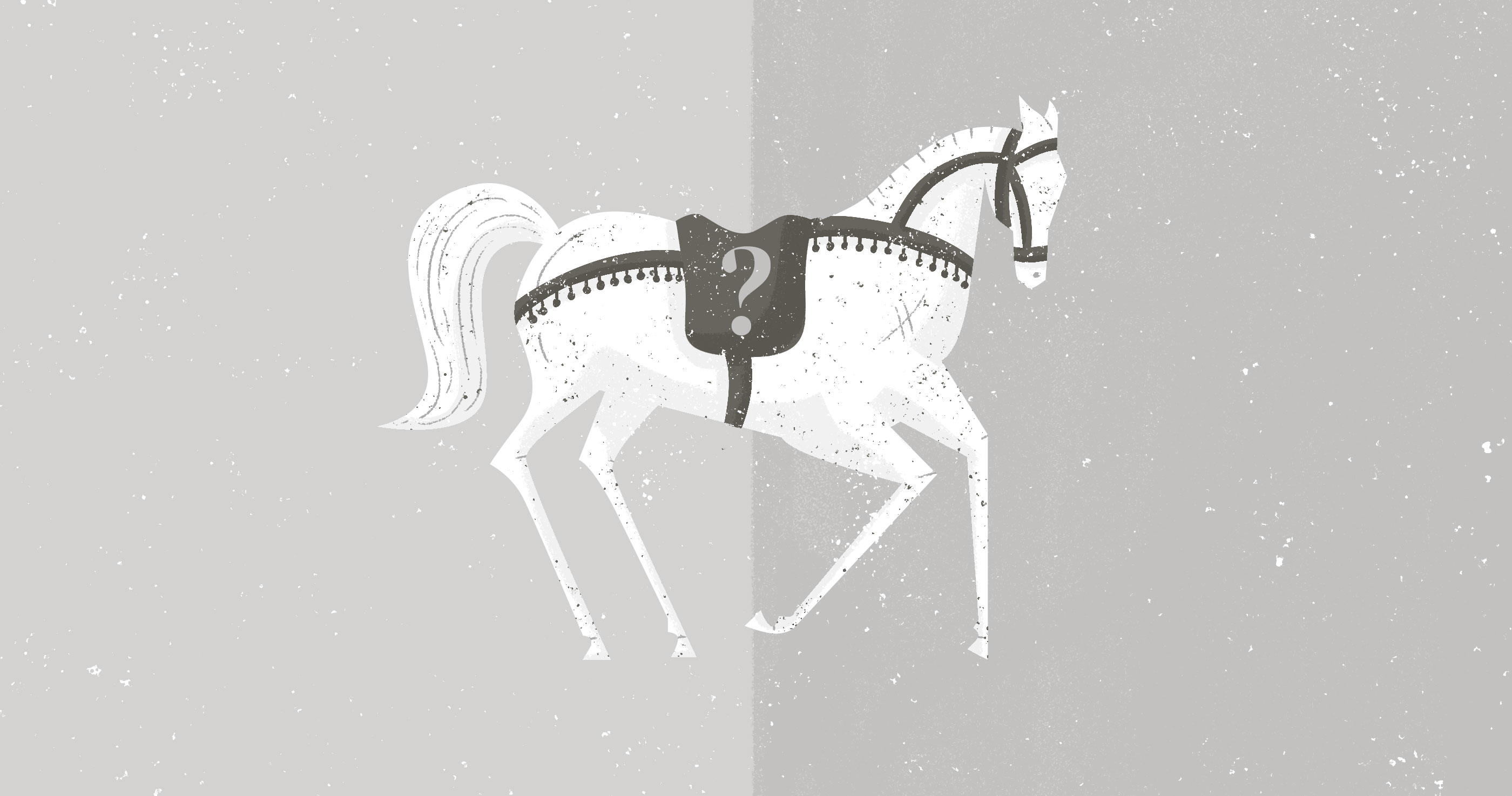 What We Don’t Know

There are numerous important questions to ponder regarding the Bible’s teachings about the end times. Before considering three of these questions, it’s worth sharing why I feel just fine about not knowing every single thing regarding how God will work at the end of time.

Written for those who want to understand the book of Revelation, this 12-week study helps Christians see that Jesus has already defeated his enemies and freed Christians from their bondage to Satan, sin, and death.

It’s significant that John heard the thunders and knew what they said. He was about to write it down, but the voice from heaven stopped him. That demonstrates that God does not reveal everything to us. He doesn’t mean for us to know all his plans. In fact, we know only the outskirts of his ways (Job 26:14). Why? Among other reasons, because our incomplete knowledge keeps us humble, and that’s a very good thing. We can seek to understand as much as possible about how God will work in the end times, but let’s stay humble and freely admit our ignorance. In that spirit, here are three questions (and my attempted answers) regarding the end times.

Q: Will there be a rapture?

the Lord himself will descend from heaven with a cry of command, with the voice of an archangel, and with the sound of the trumpet of God. And the dead in Christ will rise first. Then we who are alive, who are left, will be caught up together with them in the clouds to meet the Lord in the air, and so we will always be with the Lord.

The Greek word translated caught up refers to being grabbed or seized by force. The Latin Vulgate translation of that term gave us our word “rapture.”

There will indeed be a rapture—but perhaps of a different kind than what some Christians have envisioned. It’s worth examining Paul’s words more closely. He says those who are dead at the time of Christ’s return will be resurrected, then the living will be caught up with them to meet the Lord in the air (the verb will be caught up is passive, and God is clearly the one doing the catching up). How does that description fit with what Paul says a little earlier in his letter, that God will bring with [Jesus] those who have fallen asleep (1 Thess. 4:14)? It seems that the dead and the living will be caught up to meet Jesus (1 Thess. 4:16–17) and will then immediately return to earth with Jesus (1 Thess. 4:14).

In other words, the place where we will always be with Jesus (1 Thess. 4:17) is not up in the air, as disembodied spirits, but in a new heavens and new earth, in renewed, resurrected bodies. This understanding fits well with the important word in 1 Thess. 4:17 that is translated to meet (will be caught up together with them in the clouds to meet the Lord in the air). It’s a term used to refer to what happened when citizens went out of a city to meet a visiting dignitary and then escort him back into the city (it’s used in this sense in Acts 28:14–16).

The rapture in 1 Thessalonians 4:17 is quite different from the common dispensationalist teaching that the church will be raptured up into heaven at the beginning of the tribulation. The rapture of which Paul writes will occur at the last day will be a public catching up of believers and will be immediately followed by a descent to a new earth, where all God’s people will live forever with him.

Q: When do the seven seals of Revelation 6–8 occur?

A: There are a number of views regarding the nature and timing of the seals. I’ll mention two here.

The first is the view of many dispensationalists. On this understanding, the opening of the seven seals in Revelation 6:1–8:1 refers to a future time before the final judgment known as the great tribulation. The church is raptured off the earth into heaven before that great tribulation so that it doesn’t undergo the tribulation. There’s a famous nighttime airplane scene in the Left Behind movie. Everyone is sleeping, when suddenly Buck Williams (played by Kirk Cameron) is awakened by an elderly woman complaining that her husband has disappeared. When Buck looks at the man’s seat, he sees his shirt, coat, trousers, and glasses lying on it; the man has been raptured out of his clothes.

As Buck wanders through the plane, he sees other sets of empty clothes. All the Christians have been raptured; they’re now in heaven and only non-Christians are left behind. The tribulation is about to begin. The rapture of the church fits the understanding of many dispensationalists that God has two separate agendas in history: one for the Jewish people and another for the church. The church is raptured to heaven before the great tribulation, while the Jewish people are still on earth during the great tribulation.

God doesn’t mean for me to know everything about how he works.

I think on balance a more persuasive understanding of Revelation 6:1–8:1 is the one held by amillennial interpreters. On this understanding, the first four seals in Revelation 6:1–8:1 refer to tribulations throughout this present age, from the first coming of Jesus until his return. These tribulations will climax at the very end of time, but the first four seals occur throughout this entire age, whenever we experience war, famine, civil unrest, and violent death. The fifth seal moves from earth up into heaven, where we see martyred Christians enjoying heavenly rest. The time of this seal is still this present age, looking forward to the end, as the martyrs call out to God, How long . . . The sixth seal brings us back to earth and leaps forward to the very end of time, to the final judgment. This is indicated by the fact that it picks up on Old Testament language for the Day of the Lord, and God’s enemies say to the mountains and rocks,

Fall on us and hide us from the face of him who is seated on the throne, and from the wrath of the Lamb, for the great day of their wrath has come, and who can stand? (Rev. 6:16–17).

The silence that engulfs the opening of the final, seventh seal in Revelation 8:1 indicates the imminent arrival of the final judgment.

Significantly, in the later trumpets and bowls of Revelation, we see the same chronological sweep from this present age up to the end of time; this pattern of recapitulation is very important for understanding the book of Revelation.

A: A view commonly held by dispensationalists is that the events of Revelation 7 follow chronologically after the events of the great tribulation in chapter 6. So, the 144,000 mentioned in Revelation 7 are Jewish people who come to faith in Jesus during the final tribulation. This Jewish remnant is protected from martyrdom by God’s seal during the tribulation period. God has protected the church by rapturing them up to heaven; he protects Jewish converts from physical harm by sealing them. On this view, we see the Jewish people on earth in Revelatin 7:1–8, while, in Revelation 7:9–17, we’re shown the church in heaven (verse 14 says they are the ones coming out of the great tribulation, and some dispensationalists believe that phrase refers to the rapture).

I find the amillennial understanding of the identity of the 144,000 more compelling. According to Revelation 7:4–8, the 144,000 are Jews. Even more specifically, according to Revelation 14:1–5, the 144,000 are Jewish males, and more specifically yet, Jewish male virgins. In order to understand this description, it’s helpful to know that Israel’s army was composed of men (Deuteronomy 20), that a frequent reason for taking a census in the Old Testament period was to count an army (Numbers 1:2–3), and that when Israel’s army marched out to war, the soldiers were to refrain from sex (1 Samuel 21:4–5). The pay-off of knowing this background is that we can see that Revelation 7 and 14 are depicting a holy army prepared to fight a holy war. Who exactly is this holy army, and who or what do they conquer?

One key that helps us enormously here is Revelation 5:5–6, where John hears about an Old Testament expectation (the Messiah, called the Lion of the tribe of Judah), and then turns to see a New Testament fulfillment (Jesus, represented as a lamb who was slain). The fulfillment is surprising and unexpected: conquering comes through suffering and death. What we see with the 144,000 in Revelation 7 is closely parallel. In 7:4, John hears something: “the number of the sealed, 144,000, sealed from every tribe of the sons of Israel . . . ” In other words, he hears an Old Testament expectation; God’s people described as a holy army fighting God’s holy war, associated with the tribe of Judah (remember the Lion of the tribe of Judah in chapter 5).

In 7:9, John looks (“After this I looked. . . ”), and he sees a surprising New Testament fulfillment of this Old Testament expectation: namely, not just ethnic Jews, but rather “a great multitude that no one could number, from every nation, from all tribes and peoples and languages, standing before the throne and before the Lamb . . . ” The fulfillment is a multinational people.

In other words, the 144,000 in verses 4–8 is the same group as the great multitude in verses 9–17. The same group is pictured in two different ways, just as the Lion and the Lamb in chapter 5 are not two separate beings—both are Jesus, pictured in two different ways (Old Testament expectation and New Testament fulfillment). The Lion of the tribe of Judah conquered by dying on a cross. And God’s holy army in 7:4–8 conquers by being persecuted and killed while holding fast to Christ. Verse 14 says they have come out of the great tribulation. It’s by being killed that they’ve come to heaven (like the martyrs in the fifth seal). This indicates that the victory of God’s people is their faithful suffering unto death, just as Jesus’s victory at the cross was his faithful suffering unto death.

Like many of the numbers in Revelation, 144,000 is symbolic, representing fullness and completeness. This completeness is also emphasized in verse 9, where John refers to a “great multitude that no one could number, from every nation . . . ” In 7:4–8 we see God’s people in this age, fighting God’s holy war by suffering for Jesus. In 7:9–17 we see God’s people in the new creation, finally and fully at rest, beyond the spiritual battles of this world.

Stephen Witmer is the author of Revelation: A 12-Week Study.

Stephen Witmer (PhD, University of Cambridge) serves as the lead pastor of Pepperell Christian Fellowship in Pepperell, Massachusetts, and teaches New Testament at Gordon-Conwell Theological Seminary. He helps lead Small Town Summits, which partners with the Gospel Coalition New England to serve small town churches and pastors. He is the author of Eternity Changes Everything and Revelation in Crossway's Knowing the Bible series. Stephen and his wife, Emma, have three young children. 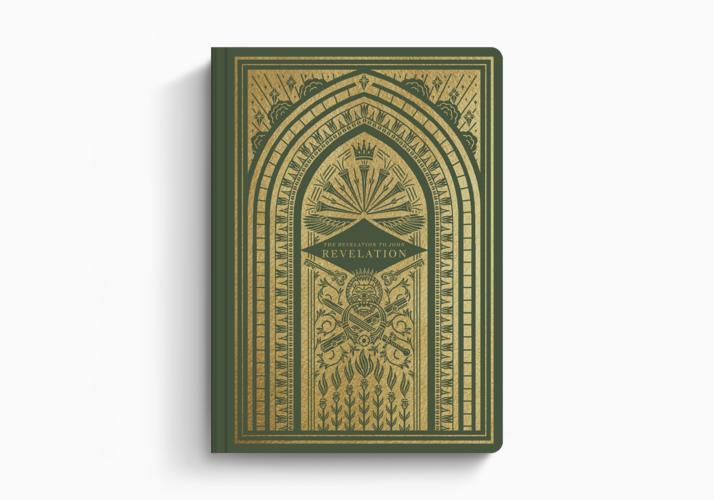 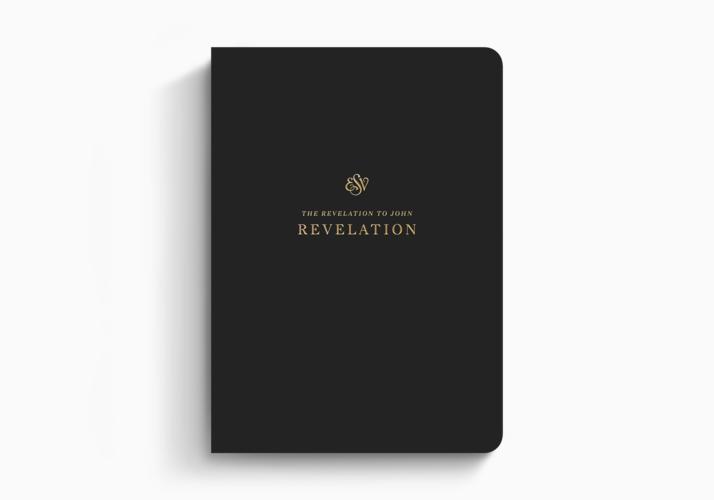