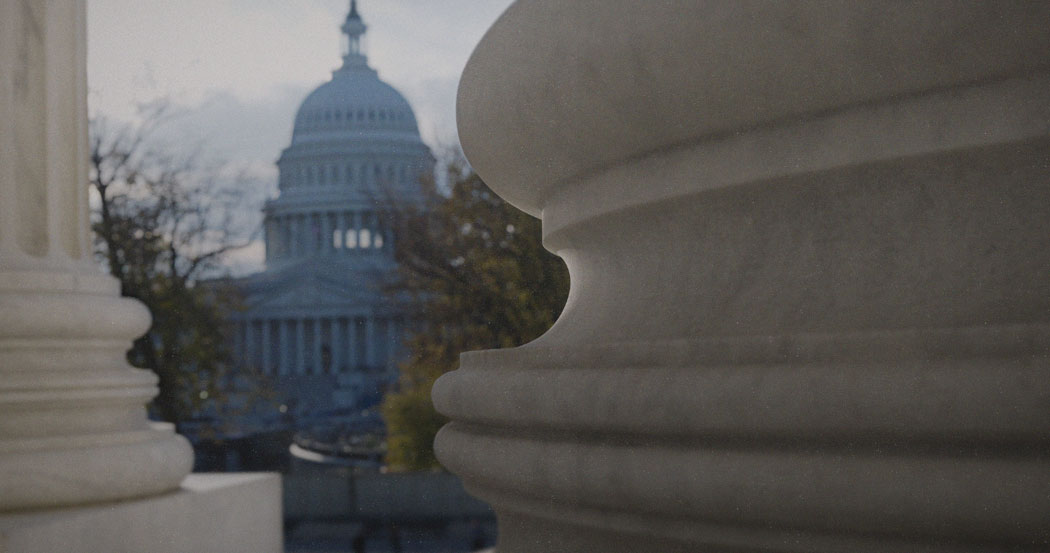 St. Augustine’s classic The City of God (426 AD) is a great piece of theology and philosophy. Ever since the Visigoths sacked Rome in 410 AD, the Romans had been questioning how their empire had become so weak. They decided to blame the Christians. Since by that time Christianity and the Roman Empire had become fairly intertwined, many Romans believed that by gradually abandoning their Roman religion—worship of gods and of the emperors—for cultural Christianity, they had made themselves vulnerable.

So Augustine wrote The City of God both to rebut the idea that Christianity makes a nation weak and to console Christians who might be confused as well, and who were under attack from their countrymen. The primary way Augustine did this was by contrasting the earthly kingdom with the heavenly kingdom, what he called the City of Man versus the City of God. He wrote, for instance, that “Incomparably more glorious than Rome, is that heavenly city in which for victory you have truth; for dignity, holiness; for peace, felicity; for life, eternity.” [1]

When we grasp this important contrast, our hearts will direct our politics differently. For one thing, our hearts will not be tuned to politics! But for another, we will employ our earthly politics in the service of heaven’s agenda.

American Christians must remember this. It keeps us from becoming politically stupid and idolatrous.

But are these our only options? Political idolatry on the one hand and political silence on the other? Shall we presume to protect the gospel’s relevance by cordoning it off from certain areas of our life? The church all over the world—not just in the West—has real problems figuring out how to press the gospel into every corner of the cultural room, as it were, without it getting walked all over.

So what should the new humanity of the church’s politics look like? What does real kingdom subversion do in the world of corrupt, rival kingdom-building?

I do think the Word of God helps us navigate these things. The apostle Peter describes the new “politics” of the new humanity like this:

Beloved, I urge you as sojourners and exiles to abstain from the passions of the flesh, which wage war against your soul. Keep your conduct among the Gentiles honorable, so that when they speak against you as evildoers, they may see your good deeds and glorify God on the day of visitation.

Be subject for the Lord’s sake to every human institution, whether it be to the emperor as supreme, or to governors as sent by him to punish those who do evil and to praise those who do good. For this is the will of God, that by doing good you should put to silence the ignorance of foolish people. Live as people who are free, not using your freedom as a cover-up for evil, but living as servants of God. Honor everyone. Love the brotherhood. Fear God. Honor the emperor. (1 Pet. 2:11–17)

So, in light of the story God is telling with the world, how does the church play the game of thrones?

First, Peter reminds the brethren that their citizenship is in heaven (“sojourners and exiles”). This world is not our home, so we should not live like our ultimate treasure is anything temporary, whether it be good or bad or neutral. As it pertains to the Christian and politics, “abstain from the passions of the flesh” is really important. We are used to thinking of drunkenness and sexual immorality and the like in relation to that phrase, but it is equally applicable to political zealotry. Too many of us indulge the passions of the flesh when it comes to treating our candidates like messiahs and the other candidates like devils, and assuming laws and leaders and our land itself is the hope of the world. All of this is passing away, and we ought to treat it like it is.

And yet Peter is not necessarily advocating a withdrawal from the system. He is advocating honorable citizenship, a participation that commends the gospel of the kingdom. The level of political participation will vary from Christian to Christian, culture to culture, as conscience and conviction demands. Certainly there is no biblical legality for voting or not voting, politicking or not politicking. Let us be ruled by the Spirit in the matters on which the Scriptures are silent.

But whether we vote or don’t vote, campaign or don’t campaign, let us do all things to the glory of God.

But whether we vote or don’t vote, campaign or don’t campaign, let us do all things to the glory of God. This means at the very least, living upright, honorable, charitable, respectful lives as witness to our real citizenship. It also means not buying into the political idolatry of any side, playing tit for tat, spinning the truth, or lying or embracing hypocrisy or whitewashing our problematic candidates. It means refraining from rhetoric that reveals we worship false gods. Let’s be respectable and respectful participants.

But as we deal with it, we don’t give it our fullest attention. We don’t ascribe to the world the greatest status. There are unseen things that are vastly more precious than the world. We use the world without offering it our whole soul. We may work with all our might when dealing with the world, but the full passions of our heart will be attached to something higher—Godward purposes. We use the world, but not as an end in itself. It is a means. We deal with the world in order to make much of Christ.

“Live as people who are free,” Peter says. We will not be tied to any particular political or legislative outcomes as if our ultimate hope or devastation is tied to them. We will not let our affections be owned by who is in the statehouse or the White House.

“Live as servants of God,” Peter says, and here we get another perspective on what it means to live as people who are free in a politicized world. It means participating respectfully and respectably, but it also means living as those whose ultimate allegiance is to God and not men. In Acts 5:27–29, when the apostles are brought before the authorities to be reminded of the law restricting their freedom to preach the gospel, the answer the apostles provide is not mute submission. They say, “We must obey God rather than men.” We are beholden ultimately to God, not our political party or the American government, so when we are called to violate God’s commands, we cannot obey. Indeed, when we see systemic sins and injustices promoted and protected by the powers that be, as servants of God we are required to be bold prophets.

The Bible provides quite a history of the unique role of God’s community speaking truth to power. Think Moses to Pharaoh, Nathan to David, Daniel and friends to Nebuchadnezzar, the prophets to the kings, John the Baptist to Herod, and the apostles to everybody in saying “Jesus is Lord” in the day of the Caesars. No, they did not conflate the kingdom of God with the kingdom of the world, and no, they did not conflate gospel with legislation, but they were not silent about the kingdom’s opposition to injustice and immorality. And churchmen of conscience have maintained this same responsibility time and time again throughout history, acting and speaking directly to say the gospel’s “No” to the political world’s gross injustices.

The reforms throughout history pertaining to slavery, civil rights, orphans, care for the poor, AIDS in Africa, and now abortion and sex trafficking were and are the result of seeing these problems as gospel issues requiring the moral compass of the church to speak boldly and prophetically. We can most certainly deny that everything is the gospel while maintaining that the gospel helps us know how to think and talk about everything. 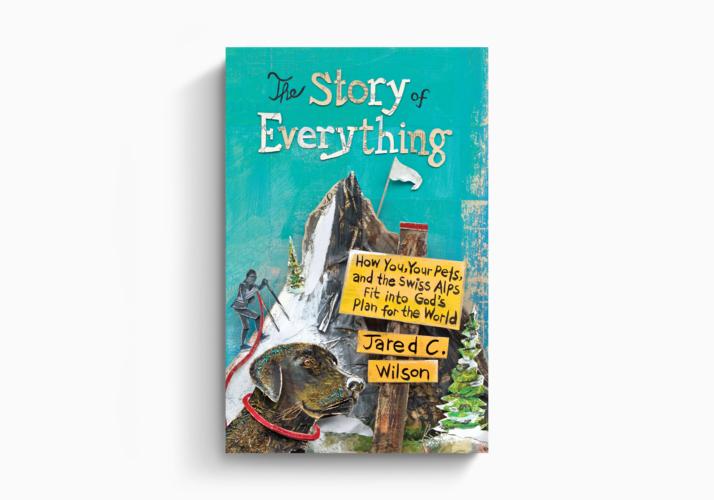 The Story of Everything

The gospel isn’t just our ticket into heaven; it changes everything about everything. This book shows what the gospel means for every aspect of our lives and our world—nothing remains unchanged by God’s story.

Peter closes this way: “Honor everyone. Love the brotherhood. Fear God. Honor the emperor.” Notice the parallels between “everyone” and “the emperor.” They are due honor. The church is distinguished as being owed love, not because all others do not deserve love but because the household of faith, as the family that endures eternally, receives a special loving allegiance above the world and its rulers. The gates of hell will prevail against the gates of cultures and kingdoms. But not the church. And Peter roots it all—familial love for the brethren and the honor kind of love for everybody else—in “fear of God.” Where is our reverence due? Where is our worship due? Where are our affections due? They are due the gracious God who loves us, saves us, redeems us, secures us, and promises us the glory to come.

Therefore we will be faithful proclaimers of this God and his kingdom through stubborn fixation on his gospel. The gospel is our plumb line for discerning between activism and apathy in all things.

The importance of the church—and the fundamental purpose of the church—is to keep pointing away from the world for the hope of the world. While everyone else points to government, family, good deeds, and whatever else as The Secret, the church keeps pointing to the alien, heavenly power of grace as the hope for our problems and for our false hopes.

The gospel is the solution not just for behavioral sins of disobedience but for spiritual sins of idolatry, like looking to government, family, good deeds, and whatever else for salvation. Only the gospel is the answer to everything. And only the gospel makes us new and satisfies our longings for connection (with God and with our fellow man) and for significance in the world.

This article is adapted from The Story of Everything: How You, Your Pets, and the Swiss Alps Fit into God's Plan for the World by Jared C. Wilson. 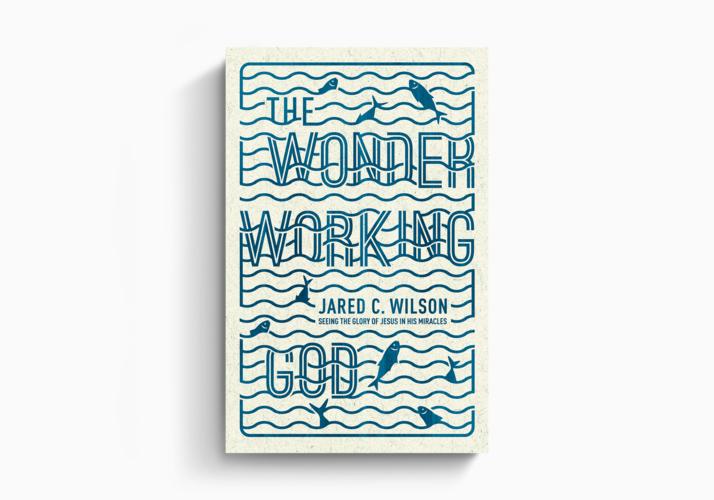