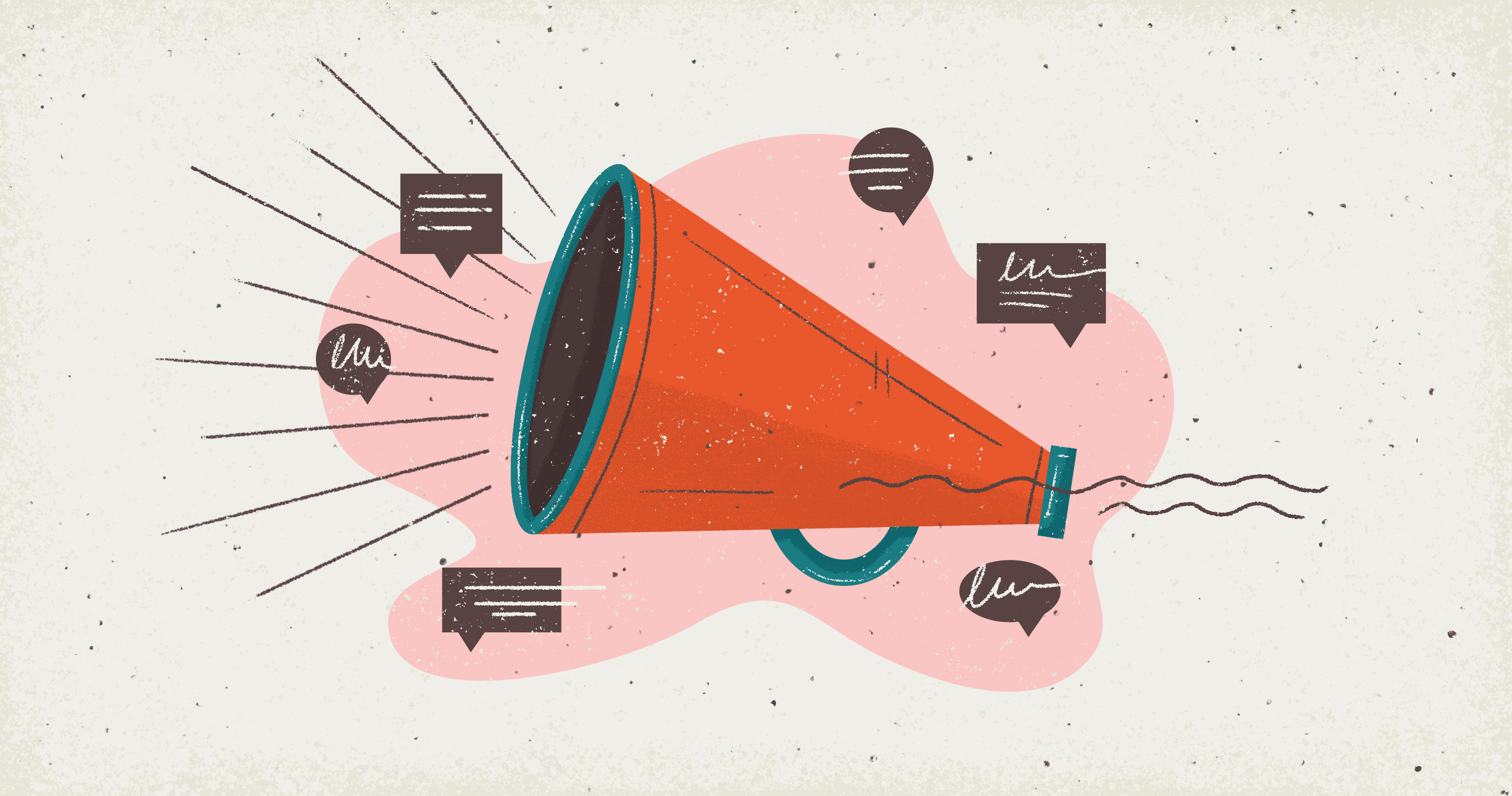 The Gospel according to Luke describes what “Jesus began to do and teach” leading up to his crucifixion, resurrection, and ascension. Acts, on the other hand, tells the continuing story of Jesus’s work through the Spirit-empowered church. As such, the book of Acts is the church’s “playbook” for how to spread the gospel.

Acts 8 is one of the key chapters in Luke’s narrative. It describes how the early disciples, forced out of Jerusalem by persecution, spread the gospel in the surrounding area (Acts 8:1–4) and how Philip the Evangelist (Acts 21:8) preached the gospel in the city of Samaria (Acts 8:5–8) and to a eunuch from Ethiopia (Acts 8:26–40).

A close reading of this chapter suggests seven important principles for sharing our faith with others.

Now those who were scattered went about preaching the word.—Acts 8:4

The word “preaching” may be a bit misleading. This doesn’t mean people were standing behind pulpits giving sermons. The word is euangelizo (the word from which we get evangelism) and it simply means “tell the good news.”

But notice that they did this when they were scattered because of persecution. In other words, they were suffering. They were uprooted from the communities. There was massive instability in their lives. But even through all of this, “they went about telling others the good news.” Like Paul in prison, who saw his imprisonment as an opportunity to advance the gospel (Philip. 1:12–14), these believers seized the moment to evangelize, even though their circumstances were personally stressful. 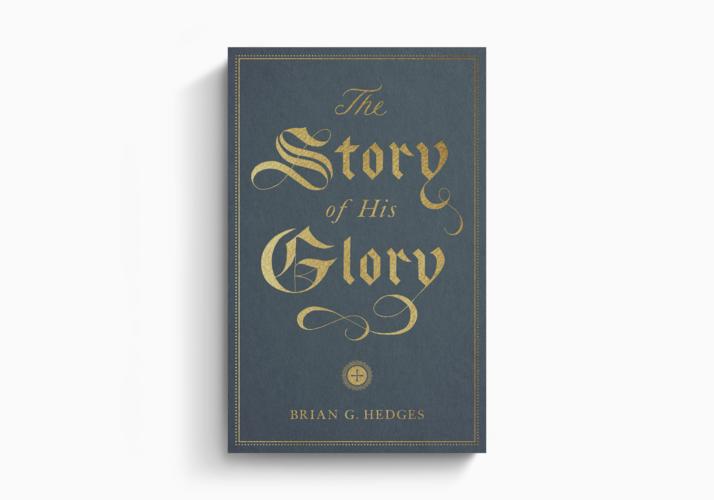 The Story of His Glory

This book, which explains the story of the Bible in a clear, focused way, and easily read in a single sitting, is perfect for churches, evangelists, and other ministries to connect people’s lives to the storyline of Scripture.

When Philip proclaimed Christ in Samaria, he also cast out demons and healed the sick (Acts 8:5–7). It would be easy to get sidetracked by the nature of the miracles. (My own view is that Scripture neither gives warrant to say all miracles have ceased, nor to insist that miracles are meant to be normative.) But miracles aside, Philip’s ministry consisted of both words and deeds. He preached good news and he did good works. He saw physical suffering (the sick) and brought healing. And he saw spiritual oppression (demons) and brought deliverance. And because he did this, the people listened. Look again at verse 6: “he crowds with one accord paid attention to what was being said by Philip when they heard him and saw the signs that he did.” His deeds paved the way for his words.

That’s a good example for us to follow today. When unbelievers see us working to alleviate physical suffering on one hand, and when they see the spiritual transformation that comes as people are delivered from spiritual oppression on the other, then they will be more likely to hear the gospel.

Evangelism always requires contextualization. Notice the differences between Philip’s evangelism in Samaria in Acts 8:5–9 and his conversation with the eunuch in Acts 8:26-40. These were two different contexts, and Philip approached them differently. In Samaria, he was working in a city doing mass evangelism. With the eunuch he had a one-on-one conversation. This was personal evangelism. His method in Samaria was public proclamation (see verse 5: “he proclaimed to them Christ” and verse 12: “he preached the good news about the kingdom of God and the name of Jesus Christ.” But his method with the eunuch was conversation. He asked a question (Acts 8:30), then climbed into his chariot (Acts 8:31), and told him about Jesus (Acts 8:35).

The essential message in the two contexts was the same: Philip shared the gospel. We don’t get many details of what he said in Samaria, except that it was “good news about the kingdom of God and the name of Christ.” But that language (kingdom of God and name of Christ), along with the accompanying signs, suggest that Philip approached the gospel from a certain angle that met the specific needs of the Samaritans. Here were people obsessed with magic, deceived by the occult, in spiritual bondage and slavery. They needed deliverance. They needed a power encounter with the risen Christ. They needed to see the triumph of God’s kingdom over the kingdom of darkness. But in Philip’s conversation with the eunuch, there’s no mention of kingdom language. Instead, the eunuch was reading about the silent suffering of injustice by the servant of the Lord in Isaiah 53, a passage Philip used to take him straight to Jesus.

Philip’s conversation with the eunuch illustrates another principle: the importance of asking good questions (Acts 8:30). This was also Jesus’s way of engaging people. When asked a question, he usually answered with another question. Good questions engage people, provoke deeper thinking, and invite personal response.

I once started an evangelistic conversation with a coworker by simply asking, “Do you ever think about eternity?” My friend immediately teared up and said, “Yes, I think about it all the time.” (For more on the power of good questions, I’d recommend Randy Newman’s excellent book Questioning Evangelism.)

Philip also used the Bible in his evangelism as he explained Isaiah 53 to the eunuch (Acts 8:32–35). Paul’s evangelistic method was also word-centered, as he reasoned from the Scriptures that Jesus was the Christ (Acts 17:2–4).

The Spirit’s work is mysterious. We can’t predict or control it. Sometimes, we can’t even see it.

The greatest evangelistic movements in history were spear-headed by renewed proclamation of Scripture. Think of Calvin’s teaching ministry in Geneva, or the gospel preaching of Whitefield and Wesley in the First Great Awakening. We must never forget that “faith comes by hearing and hearing through the word of Christ” (Rom. 10:17). There is power in the word of God.

Look again at Acts 8:30–35: Jesus was the focus of Philip’s evangelism. This was also the case in Samaria, where he proclaimed Christ (Acts 8:5). When sharing our faith, our primary goal isn’t to bring people to our church, persuade them of our theological system, or embrace our personal politics. Rather, we’re seeking to introduce them to a Person. Keep Christ central.

Finally, trust God’s Spirit. We see the role of the Spirit in two verses that frame the story of the Ethiopian eunuch: Acts 8:29: “And the Spirit said to Philip, ‘Go over and join this chariot,’” and Acts 8:39: “the Spirit of the Lord carried Philip away, and the eunuch saw him no more, and went on his way rejoicing.”

The Spirit prepared the eunuch for hearing the gospel from Philip and then moved directly in Philip’s life to bring him to that conversation. This is what we might call “a divine appointment.”

The Spirit’s work is mysterious. We can’t predict or control it. Sometimes, we can’t even see it. Do you remember how Jesus compared the work of the Spirit to the wind in John 3:8? “The wind blows where it wishes, and you hear its sound, but you do not know where it comes from or where it goes. So it is with everyone who is born of the Spirit.”

But while the Spirit’s work is mysterious, we can be certain of two things: (1) No one can enter the kingdom unless they are born of the Spirit and (2) the Spirit is active in drawing people to Jesus. That certainty should give us great confidence as we share our faith with others.

Brian G. Hedges is the author of The Story of His Glory.

Brian G. Hedges serves as lead pastor of Redeemer Church in Niles, Michigan. He is the author of several books, including Christ Formed in You. 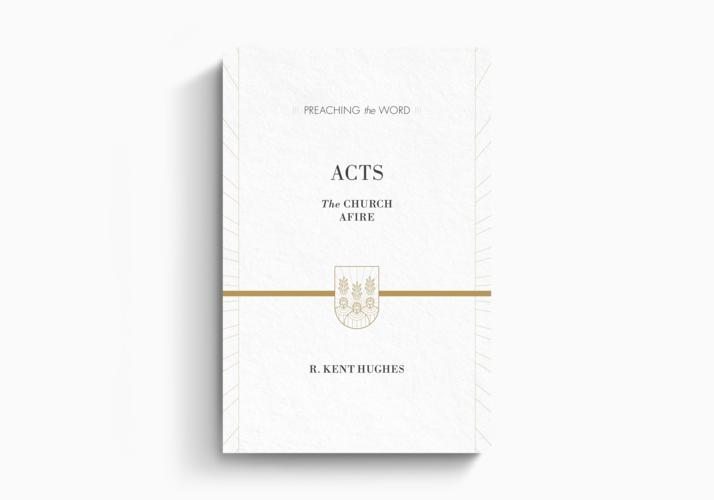