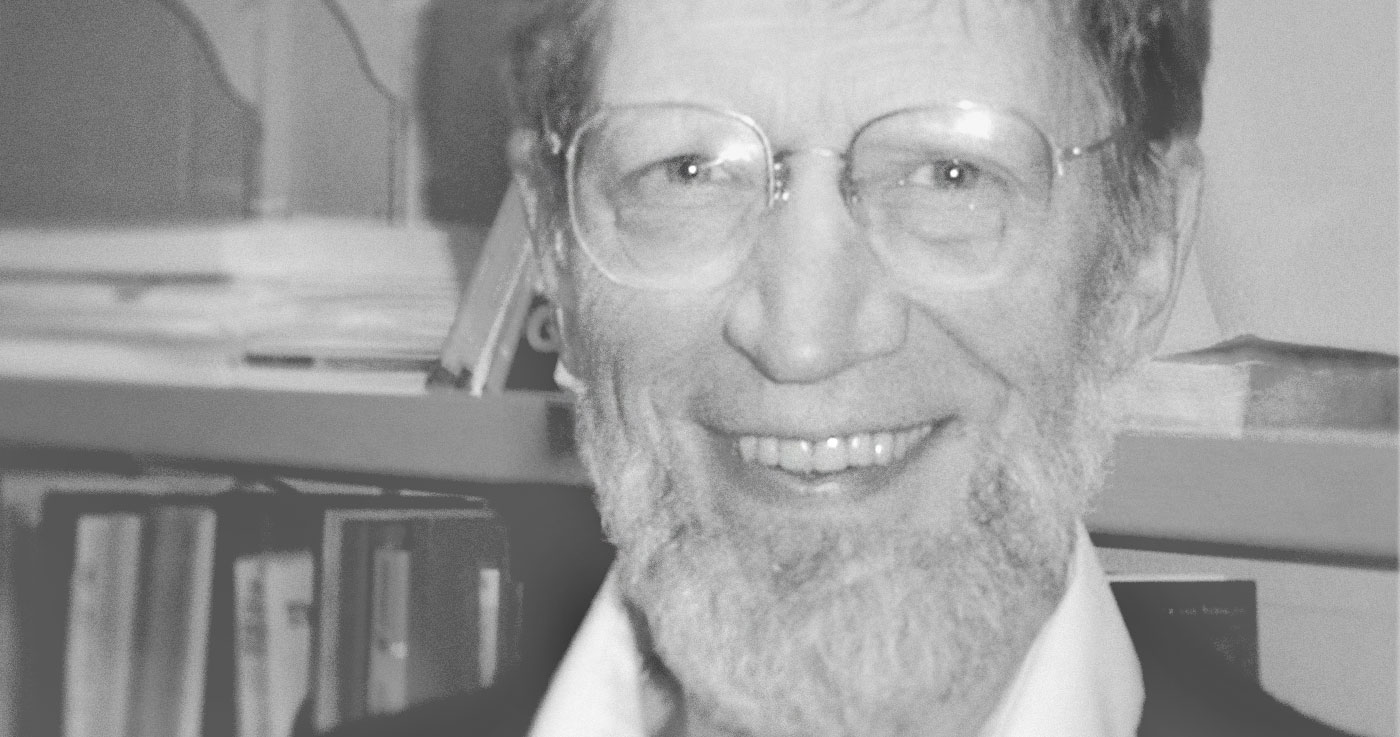 Alvin Plantinga was born in Ann Arbor, Michigan. Raised in the Christian Reformed Church, he has theological roots in the Dutch Reformed tradition. As the son of a philosophy and psychology professor, Plantinga evidenced a knack for and interest in philosophy early on.1

Plantinga studied philosophy at Harvard, Calvin College, the University of Michigan, and Yale, earning his PhD from Yale in 1957. Throughout his prolific career, Plantinga spent the majority of his years teaching, first, at Calvin College for nineteen years, then, until his recent retirement, at Notre Dame University. It would not be an overstatement to say that virtually all matters metaphysical and epistemological must address much of Plantinga’s own work. His Nature of Necessity did much to further discussions of modality in metaphysics, and his most recent work in epistemology, the roots of which began early in his career, have stimulated a multitude of developments and critiques in philosophical and theological circles.

In 1980, Time magazine called Alvin Plantinga “the leading Protestant philosopher of God."2 Philosophy in the previous generation was dominated almost exclusively by atheists or agnostics. This was, at least in large part, due to the influence of positivism on the philosophical terrain. Plantinga himself notes, “When I left graduate school in 1957 there were few Christian philosophers in the United States, and even fewer Christian philosophers willing to identify themselves as such."3 Why was that the case? Primarily because positivism with its “verifiability criterion of meaning” had hegemonic influence, and, as most who look back on that period note, Christians were by and large either jumping on the positivistic bandwagon or running scared of positivism’s conclusions. Plantinga was undaunted by such criticisms.

At Michigan, as earlier on, I was very much interested in the sorts of philosophical attacks mounted against traditional theism—the ancient claim that it was incompatible with the existence of evil, the Freudian claim that it arose out of wish fulfillment, the positivistic claim that talk about God was literally meaningless, the Bultmannian claim that traditional belief in God was an outmoded relic of a prescientific age and the like. These objections (except for evil) seemed to me not only specious but deceptive, deceitful in a way: they paraded themselves as something like discoveries, something we moderns (or at any rate the more perceptive among us) had finally seen, after all those centuries of darkness. All but the first, I thought, were totally question begging if taken as arguments against theism.4

The development of this argument took a number of significant turns. One central element of it is that the so-called “evidential objection to belief in God,” in which it is argued that belief in God is irrational or somehow rationally substandard unless accompanied by acceptable evidence, is itself unable to support its own claims. Thus, instead of meeting the evidential objection with more—and hopefully more convincing—evidence, Plantinga argues that belief in God, like other beliefs we hold, is not necessarily in need of such evidence to be rationally held.

...Plantinga argues that belief in God, like other beliefs we hold, is not necessarily in need of such evidence to be rationally held.

His initial foray into this discussion assumed and included central notions of (what is sometimes called) classical foundationalism. Generally speaking, foundationalism includes two kinds of beliefs—beliefs we rationally hold apart from evidential criteria, which are called “basic” or “properly basic” beliefs, and beliefs we hold on the basis of the first kind of beliefs. Plantinga critiques this epistemological structure, but his critique is not in order to dismantle it; rather it is in order further to refine and expand it. In the end, Plantinga holds to (what he calls) a Reidian foundationalism, inspired as it is by Thomas Reid’s notion of common sense realism.

In Plantinga’s development of this critique, he labelled his view a “Reformed epistemology,” a label he later regretted due to its exclusive connotations.6 Not only did he drop the exclusive moniker, but Plantinga eventually came to see that his notion of the justification of knowledge, present in his initial work, was not adequate to do the work he required in his epistemological project. He moved, therefore, from a discussion of the justification of knowledge to a notion of warrant.

The development of Plantinga’s epistemological project can be seen in full in his trilogy on warrant: Warrant: The Current Debate, Warrant and Proper Function, and Warranted Christian Belief. Plantinga’s project is meant to show that in virtually all accounts of knowledge and its warrant, what is sadly lacking is a notion of proper function. Thus, all have come to epistemic ruin. So, his first approximation of warrant includes the following:

According to the central and paradigmatic core of our notion of warrant (so I say) a belief B has warrant for you if and only if (1) the cognitive faculties involved in the production of B are functioning properly . . . ; (2) your cognitive environment is sufficiently similar to the one for which your cognitive faculties are designed; (3) the triple of the design plan governing the production of the belief in question involves, as purpose or function, the production of true beliefs (and the same goes for elements of the design plan governing the production of input beliefs to the system in question); and (4) the design plan is a good one: that is, there is a high statistical or objective probability that a belief produced in accordance with the relevant segment of the design plan in that sort of environment is true. Under these conditions, furthermore, the degree of warrant is given by some monotonically increasing function of the strength of S’s belief that B. This account of warrant, therefore, depends essentially upon the notion of proper function.8

Proper function, then, first of all, simply means that for one to have knowledge or “warranted true belief,” one’s cognitive faculties must be working properly in an epistemically appropriate environment. Not only so, but even if these two conditions (cognitive faculties working properly and an epistemically appropriate environment) obtain, there is more that must be maintained, including the fact that warranted true belief will come in degrees.

In Warranted Christian Belief, Plantinga first wants to show theism to be a rationally held belief and then from there to argue that Christian theism is also itself rationally held, even if one has no evidence for such.

Christian Apologetics Past and Present

Volume 2 of a substantial anthology covers Christian apologetics from the Reformation (AD 1500) through the present.

These are arguments or claims to the effect that Christian belief, whether or not true, is at any rate unjustifiable, or rationally unjustified, or irrational, or not intellectually respectable, or contrary to sound morality, or without sufficient evidence, or in some other way rationally unacceptable, not up to snuff from an intellectual point of view.9

Plantinga then goes on to propose that there aren’t any de jure objections to Christian belief that are independent of de facto objections. More specifically, he wants to argue that “the attitude expressed in ‘Well, I don’t know whether Christian belief is true (after all, who could know a thing like that?), but I do know that it is irrational (or intellectually unjustified or unreasonable or intellectually questionable)’ that attitude, if I am right, is indefensible."10 Plantinga goes on to show how that attitude is indefensible by construing theism and Christian belief as within the confines of his epistemological project on warrant. If warrant is acquired in the way that Plantinga argues, and if theistic belief generally and Christian belief more specifically are consistent with (at least the essential core of) that project, then theism and Christianity, too, may be warranted.

At one point in this volume, Plantinga makes the claim that the de jure question is not independent of the de facto question.

And this dependence of the question of warrant or rationality on the truth or falsehood of theism leads to a very interesting conclusion. If the warrant enjoyed by belief in God is related in this way to the truth of that belief, then the question whether theistic belief has warrant is not, after all, independent of the question whether theistic belief is true. So the de jure question we have finally found is not, after all, really independent of the de facto question; to answer the former we must answer the latter. This is important: what it shows is that a successful atheological objection will have to be to the truth of theism, not to its rationality, justification, intellectual respectability, rational justification, or whatever. . . . This fact invalidates an enormous amount of recent and contemporary atheology; for much of that atheology is devoted to de jure complaints that are allegedly independent of the de facto question. If my argument is so far right, though, there aren’t any complaints of that sort.11

Questions abound and will continue to do so regarding Plantinga’s approach, as he himself will admit. It is, however, of such influence currently that its place in the apologetic discussion is secure.

Why Every Serious Atheist Should Be a Moral Nihilist

Every consistent atheist ought to be a moral nihilist.