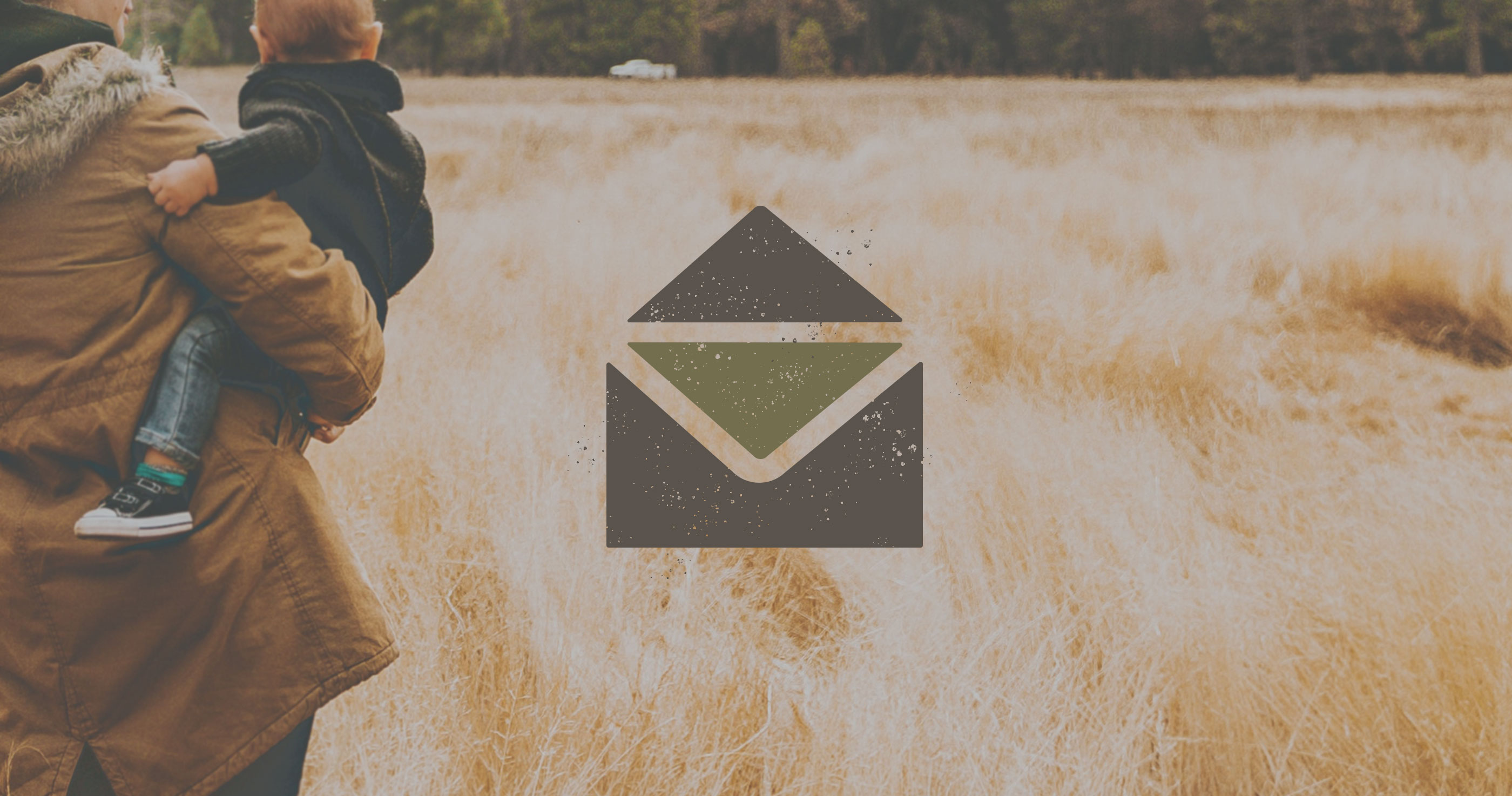 You’ve probably heard people say an abortion is an intimately personal issue, that everyone has different reasons and each one is valid. Maybe someone has even told you that recently, after you saw the faint, telltale lines on the pregnancy test.

Or maybe nobody told you that because you haven’t told anyone about what you saw—because it seems too personal, too private.

But, if by “personal” we mean something that belongs to you and no one else, your decision about whether or not to end this pregnancy by abortion is not as personal as they say. It’s not personal in the sense that you’re the only one who knows about it or that no one else is affected by what you decide. The reasons for that are scientific, social, and spiritual.

The Science of Abortion

Some people say the question of when life begins—and with it abortion—is personal, something that varies depending on whom you ask, but it’s actually scientific. Most of us aren’t biology nerds, but it’s easy to look up the basics of human development just by doing a Google search. WebMD will tell you that “At the moment of fertilization, the baby’s genetic makeup is complete, including whether it’s a boy or girl.”1 Just because he looks like an indistinct clump of cells with no apparent form doesn’t mean he’s not human. And just because we call the baby a “zygote” or “embryo” in the early stages of development doesn’t mean she’s not human.

In a slim blue book called Love Unleashes Life, author Stephanie Gray (now Connors) explains that “we humans have words to refer to different age-ranges in our species,” such as “newborn,” “toddler,” “teenager,” or “adult.” Words like “fetus” or “zygote” are similar: “They tell us how old someone is, but not what someone is.” A zygote from two human parents may not have a brain, but the ability to do what other humans do is just a matter of time. Meanwhile, give an amoeba all the time in the world, Gray pointed out, and it won’t develop a brain. 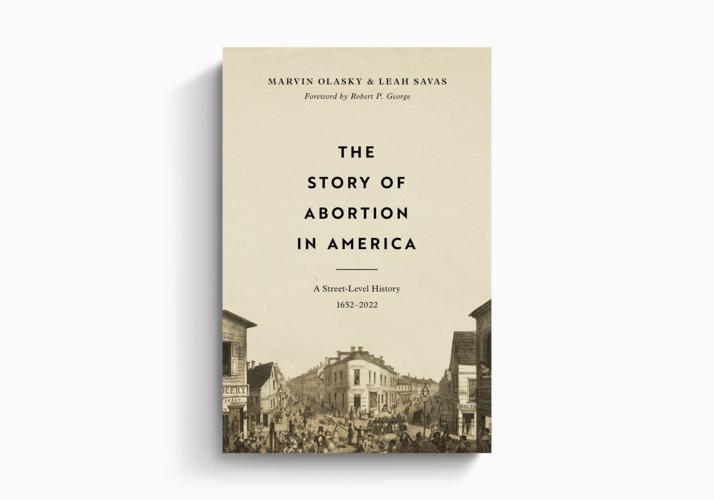 Given the science, your decision about whether to stay pregnant or not is no longer something that only affects you. You may not see or feel that tiny human growing in you every second, but your decision to abort that human or not will determine whether he or she will get the chance to smile, eat birthday cake, ride a bike, go to college, fall in love, have kids, grow old. That human has DNA and fingerprints and a future no one else has or ever will have. This brings us to the second reason why your decision is not personal: it’s between you and that other human. It’s not solitary but social.

The Social Aspect of Abortion

Maybe this realization causes the shock men and women experience when they see an ultrasound image of an unborn baby—sometimes the flicker of an early heartbeat or the head or arms and legs. “I’ve had dads faint . . . crumple to the ground,” said Dr. Sandy Christiansen, an OB-GYN in Maryland who has performed hundreds of ultrasounds. She’s seen other people in tears or with jaws dropped in amazement when they see the pictures of their babies.

Even without seeing the tiny human, just hearing from the activist on the sidewalk that her baby had arms and legs was enough to make a 19-year-old Donna Ezell stop in her tracks on the way into her abortion appointment in the 1980s. She still had the abortion, but today gets to see women meet the humans inside them for the first time through an ultrasound screen. “[W]e often see their eyes fill with tears,” she said. “You hear a lot of giggles and a lot of exclamations just that they ‘can’t believe it.’” In that moment, a woman realizes her pregnancy involves herself and another human.

But this social aspect doesn’t just involve you and that other human. It’s about a whole group of people. That tiny human inside of you is actually living and growing—not just another egg that traveled through your fallopian tube—because of a third human, the father. Maybe you don’t even know the father, or maybe you know him enough to know you don’t like him, but this new human shares genes with both you and that man that fathers and mothers have passed along through generations. This human has a family tree of his or her own and the possibility of adding to it. If a girl, by 11 or 12 weeks of pregnancy she starts developing ovaries. By about week 20, she already has about 7 million of her very own early eggs.

But maybe you already know all of this. Maybe you know the science, you’ve seen the ultrasound images, and you even have a developing relationship with this new human who is a part of a family tree. Maybe you can relate with “Jess,” a young woman who posted her abortion story in 2019 on the Shout Your Abortion website. She was already the mom of a young girl and in an abusive relationship. Days away from her second abortion, she wrote that getting the abortion is the “right decision for myself, my daughter, and this child.” She called it “unfair to bring another child into this situation.”

To her, abortion was the best thing she could do for her two babies conceived at bad times: “I don’t want my babies to think that they weren’t wanted or loved for one minute, because they were, more than anything, which is why I’ve made these decisions.”

That human has DNA and fingerprints and a future no one else has or ever will have.

Wanda Kohn, now the director of a pregnancy center in Florida, often hears from women all the reasons why it would be better to get an abortion than let the little human grow up. In 2017, Tammy Hayward told Kohn that she was 41, the pregnancy made her sick constantly, she was struggling financially, and the father was a drug addict.

Kohn saw in Hayward the same desperation that led Kohn herself to have an abortion years ago at age seventeen: an inability to look beyond the present crisis and seek God’s will. In choosing to have an abortion, she was being wise in her own eyes, thinking she knew better for herself than the God who created her—just like Hayward thought all these reasons she listed justified her desire to get an abortion. That’s why, to Kohn, abortion is “a symptom of a problem with the heart,” the problem being that the heart does not love or obey its Creator.

The Spiritual Component of Abortion

This brings us to the spiritual reason why abortion is not just a personal issue. You’re not an accident, and neither is that baby inside of you. A Creator formed you and formed your baby with the same intentionality that your grandma has when she knits a pair of mittens. He also left us instructions on how to work with one another. Jesus summarized the entirety of biblical law with two commands: love God and love your neighbor. People who love God obey his commandments, including his prohibition of murder. One of your neighbors, meanwhile, is the tiny human growing inside of you. Loving your neighbors means respecting them as fellow creations, leaving it to the Creator to decide when to take and when to give life.

Abortion involves putting another love ahead of these two loves and amounts to playing God. Maybe it’s a love of the opinion of others, a love of money, or a love of comfort. It involves pretending to know that death is best for a tiny growing human even though God alone knows every intimate detail of that little life, and also the intimate details of the entire world. Abortion might seem personal, but it’s an act for which everyone involved will be accountable to the Creator of life.

Kohn taught Hayward that day in 2017 how God’s word should direct her decisions. Hayward ultimately kept her baby girl and started attending church and Bible study. “I was looking for direction,” said Hayward. “She gave me enough to help me but also didn’t give me something to make it easy. She made it to where I had to make decisions and make changes.”

Love for God and love for neighbors doesn’t mean an easy life. It requires death to the self—in a way, to anything we might want to hold on to as personal. That’s especially the case with loving your unborn neighbor. Being pregnant with and giving birth to tiny humans is inconvenient and uncomfortable.

But we have a real-life example in Jesus, God himself in human flesh, who faced an even more severe inconvenience and discomfort when he died to take the punishment for sin that humans deserved so he could welcome many into his family. The best thing you could ever do in your life—beyond choosing to let your tiny human grow—is to confess your own need for Jesus, accept his sacrifice on your behalf, and become a part of that family where obedience to him is a distinctive quality of his children.

Postscript: Many people out there are eager to help make the inconvenience and discomfort of an unplanned pregnancy lighter. To find a pregnancy center near you that can provide free material and medical assistance and a community of helpers both during and after your pregnancy, check out optionline.org. If you’ve already started the chemical abortion process but have changed your mind, you might be able to stop the effects of the first pill. To get help, go to reverseabortionpill.com. Or, if you’ve already had an abortion, know that there is still forgiveness and grace for you in Jesus Christ. To find counseling and help, click on “After Abortion Support” at optionline.org.

Leah Savas is a co-author of The Story of Abortion in America: A Street-Level History, 1652–2022.

Leah Savas reports on abortion for WORLD News Group, where she writes the weekly Vitals roundup and newsletter of pro-life news. Leah lives in Grand Rapids, Michigan, with her husband, Stephen. 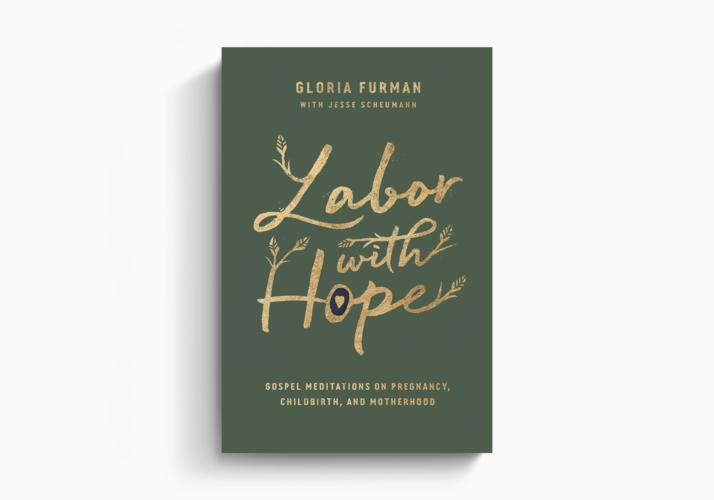 Adopted for Life
Russell Moore
Updated and Expanded Edition
Crossway is a not-for-profit Christian ministry that exists solely for the purpose of proclaiming the gospel through publishing gospel-centered, Bible-centered content. Learn more or donate today at crossway.org/about.