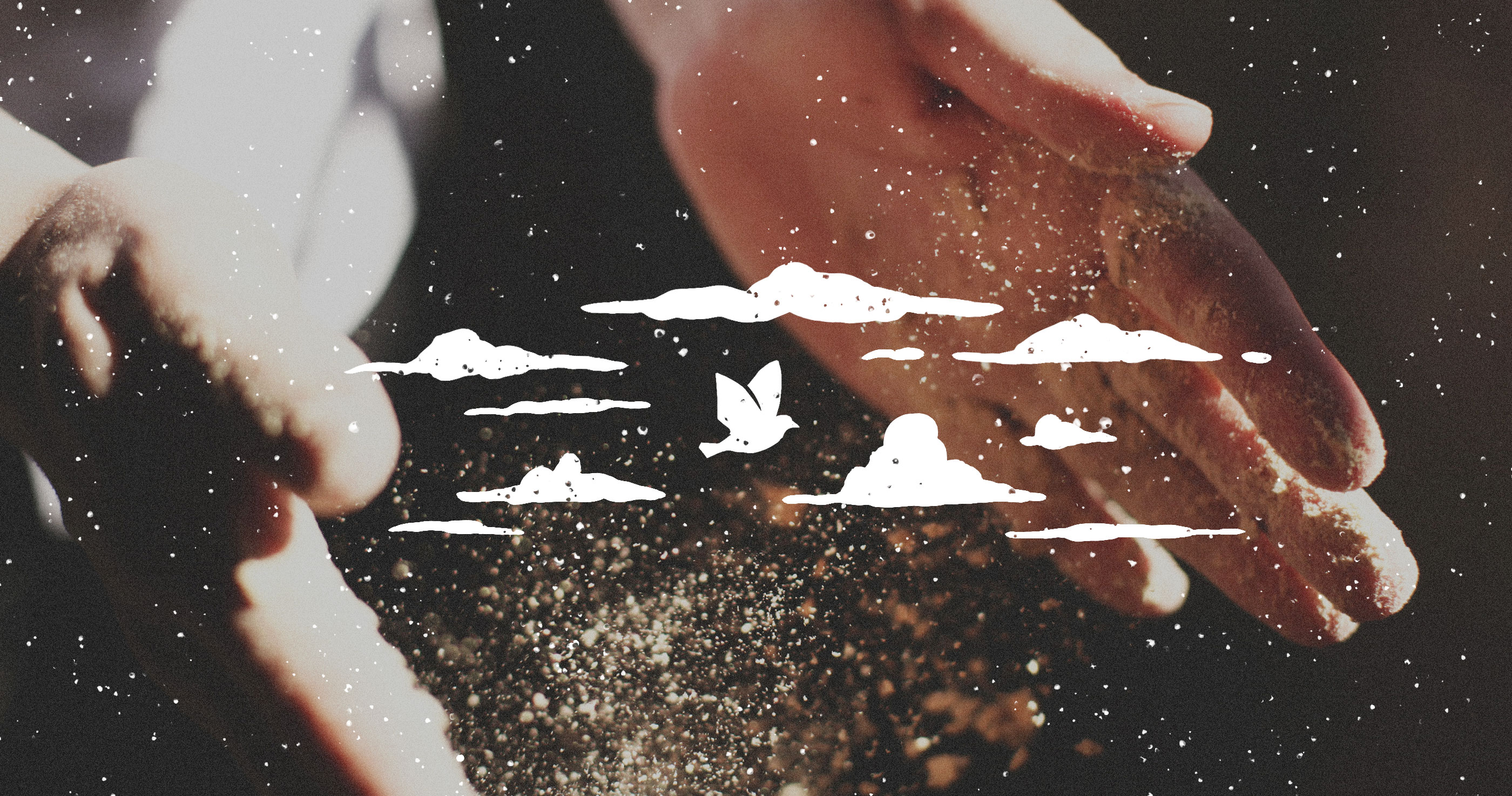 Failure in Our Work Ethic

This book, being about work, is, by its very nature, about violence—to the spirit as well as to the body. It is about ulcers as well as accidents. About shouting matches as well as fist fights. About nervous breakdowns as well as kicking the dog around. It is, above all (or beneath all), about daily humiliations.1

Millions of people regard their work as something they must bear, a living indignity. Their feelings are not without precedent. Herman Melville felt much the same: “They talk of dignity of work, bosh. The dignity is in the leisure.”

A dark cloud of dissatisfaction blankets today’s work force. Less than half of American workers say they are very satisfied with their jobs.2 For many, work is dull and meaningless. This pervasive discontent has spawned the paradoxical problems of laziness on the one hand and overwork on the other. James Patterson and Peter Kim, in their book The Day America Told the Truth, tell us that only one in four employees gives his or her best effort on the job, and that about 20 percent of the average worker’s time is wasted, thus producing, in effect, a four-day work week.3 Over half of that time is spent on personal cell phones, mostly looking up websites that company IT has blocked.

But though sloth is epidemic, so is overwork. Moonlighting is a way of life for a substantial part of our work force. This was given classic illustration when the workers at a rubber manufacturing plant in Akron, Ohio, were given six-hour workdays—and over half of them took on a second full-time job or a part-time job!4

The managerial counterpart to workers’ moonlighting is the workaholism of those who sublimate everything—family, leisure, friends, church—to career. The depths to which careerism can go is chronicled by Douglas LaBier, senior fellow of the Project on Technology, Work and Character in Washington, DC, who relates the “extreme but not uncommon expression” of a man who told him that he feared dying, not because of death, but because it would end his career.5

This mind-set has produced an unending list of shallow folk religion epigrams that tout the requisite qualities of successful careers: discipline—“Creativity is 2 percent inspiration and 98 percent perspiration”; goals—“If you aim at nothing, you’ll hit it every time”; savvy—“Success in life comes not from holding a good hand, but from playing a poor hand well”; perseverance—“Tough times never last, but tough people do”; vision—“Some men dream dreams and ask, Why? I dream dreams and ask, Why not?”; self-confidence—“Believe in God, and you are halfway there; believe in yourself, and you are three-quarters there.”6 The careerists who espouse the hubris of these credos wrongly think themselves heirs of the Protestant work ethic, but they are anything but that.

This delusion takes on personally tragic dimensions, because surveys have indicated that the work ethics of Christians and non Christians are virtually identical. “At church they swear allegiance to values informed by creeds and Scriptures. But at work they bow to idols of expedience and career success. Moral camouflage has become de rigueur in the workplace.”7 The plain truth is, many Christian men miserably fail in their work ethics either because of sloth or overwork—or, ironically, both.

What we need is a work ethic that is informed by God’s word and religiously lived out in the workplace and the church. The reason this is so important is that most of us spend eight to ten hours of our sixteen waking hours at work five or six days a week. So how we work not only reveals who we are, but determines what we are.

The Christian discipline of work must be observed de rigueur wherever God has placed us.

What the Bible Says about Work

The scriptural/Christian doctrine of work has an exalted origin because it is closely related to the doctrines of the creative energy of God and the image of God in man. We meet God the Creator as a worker in Genesis 1:1–2:2. In fact, that entire section is a log of God’s work, ending with the statement that upon completion “he rested on the seventh day from all his work that he had done” (2:2). As John Milton expressed it:

The planets in their stations listening stood,
While the bright pomp ascended jubilant.
“Open, ye everlasting gates,” they sung;
“Open, ye heavens, your living doors; let in
The great Creator, from his work return’d
Magnificent, his six days’ work, a World.8

The additional teaching of Genesis 1 is that “God created man in his own image” (1:27). We are compelled to understand from this that the image of God in man means man is to be a worker. The way we work will reveal how much we have allowed the image of God to develop in us. There is immense dignity in work and in being workers.

Men, you must set this on your hearts: Your work matters to God!

A further observation of great importance is that work was given to man before the fall, before sin, before imperfection: “And the Lord God planted a garden in Eden. . . . The Lord God took the man and put him in the garden of Eden to work it and keep it” (2:8, 15). From this we come to the inescapable conclusion that work is good, despite the modern thinking that it is evil and dehumanizing.

David Ben-Gurion, pioneer leader of the modern state of Israel, gave this memorable expression of the innate nobility of work:

We do not consider manual work as a curse, or a bitter necessity, not even as a means of making a living. We consider it as a high human function. As a basis of human life. The most dignified thing in the life of a human being and that ought to be free, creative. Men ought to be proud of it.9

Work under a Curse

So we see that God is a worker; that man, created in God’s image, also is a worker; and that work is good. But then come the fall and the curse:

Cursed is the ground because of you;
in pain you shall eat of it all the days of your life;
thorns and thistles it shall bring forth for you;
and you shall eat the plants of the field.
By the sweat of your face
you shall eat bread,
till you return to the ground,
for out of it you were taken;
for you are dust,
and to dust you shall return. (Gen. 3:17–19)

The curse made nature uncooperative, so that work became painful toil and man had to sweat for a living. Today our working conditions vary. Some sweat more than others. We may be in a better position than some. But the norm for the world is painful toil.

Even more, the normal experience of mankind in his labor is a malaise of futility. The writer of Ecclesiastes gave this universal expression as he bemoaned his plight from the perspective of one who leaves God out of his life. In 2:4–10 he described his professional success in acquiring vineyards, gardens, parks, slaves, flocks, and treasures. He was greater than all his contemporaries. He was denied nothing his eyes desired. But he concluded in verse 11, “Then I considered all that my hands had done and the toil I had expended in doing it, and behold, all was vanity and a striving after wind, and there was nothing to be gained under the sun.” And he reiterated in verse 17, “So I hated life, because what is done under the sun was grievous to me, for all is vanity and a striving after wind.”

Men, this is as far as work will take you apart from God. You will engage in it because, though fallen, you are in the image of God, and because work is part of the natural order, and it will produce its benefits and satisfactions—but it will also be toil, and its joys will be ephemeral. Terkel has revealed what has always been true under the sun when God is left out.

There is a Christian view of work that makes God the center of the equation. To be sure, God does not remove the curse and its painful, sweaty toil, but he does replace the meaninglessness.

Those who have been saved by faith fall heir to this grand declaration: “For we are his workmanship, created in Christ Jesus for good works, which God prepared beforehand, that we should walk in them” (Eph. 2:10). Being his workmanship, we are, as F. F. Bruce translates it, “his work of art, his masterpiece.”10 We are the pinnacle of God’s creation because, above every other created thing (even angels!), we are made in his image. This has mind-boggling possibilities. Beyond this, we have been regenerated—“created in Christ Jesus”—thus undergoing an even greater second creation. As Paul says in 2 Corinthians 5:17, “If anyone is in Christ, he is a new creation.” God’s most stupendous creation is man made alive in Christ. To quote Jonathan Edwards, the “spiritual life which is reached in the work of conversion, is a far greater and more glorious effect than mere being and life.”11 As subjects of Christ’s two creations, we are his ultimate workmanship!

As his masterworks, we have been “created in Christ Jesus for good works,” which God prepared in advance for us to do. Each of us has an eternally designed work assignment that includes the task, the ability, and a place to serve. Whatever the task to which he has called you, he will equip you for it as surely as he made the birds for flight. And in doing the works he has called you to do, you will be both more and more his workmanship and more and more your true self.

Vocation: My Choosing or God's Calling?

One aspect of the doctrine of vocation flies in the face of every self-help book and occupational seminar, every conversation about “your plans,” and every agonizing bout of decision-making.

Work is not primarily a place to please our boss, help our customers, make money, or build a career. Work/life balance begins with a biblical view of work.