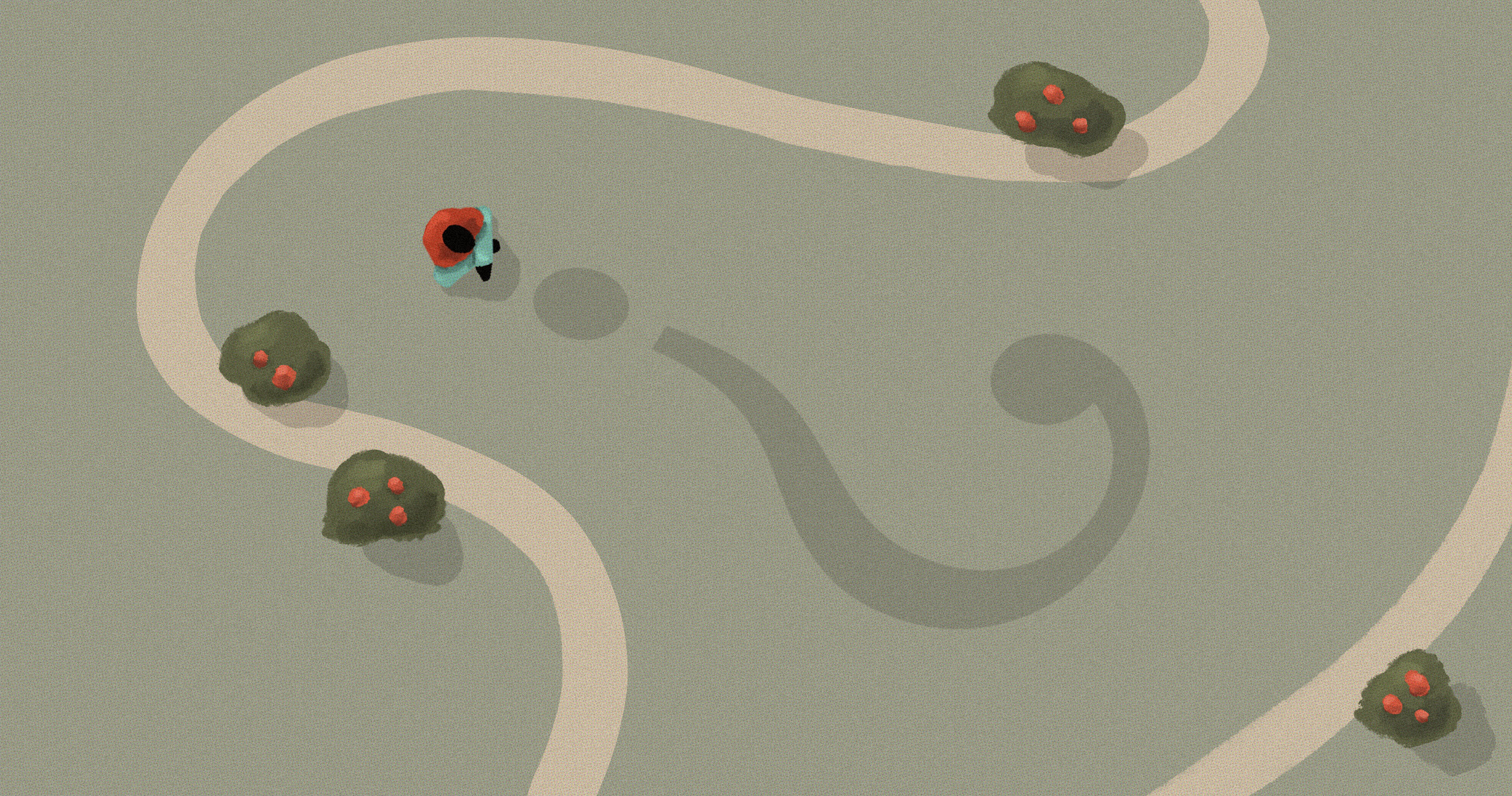 “Je pense, donc je suis.” This statement by René Descartes is one of the most famous in the history of Western philosophy. The translation, “I think, therefore I am,” is a claim that valorizes doubt as the path to true knowledge. When we ruthlessly doubt everything, we find there is one thing we cannot doubt, and that is the fact that we are thinking when we doubt. Thus, doubt is the way to truth and life.

Even when it relates to our faith, some see doubt as constructive. George Macdonald writes, “A man may be haunted with doubts, and only grow thereby in faith. Doubts are the messengers of the Living One to the honest. They are the first knock at our door of things that are not yet, but have to be, understood.”2 Doubt is a repeatable rite of passage. There is no avoiding it on the path to spiritual maturity. It is profoundly normal. As C. S. Lewis admits, “Now that I am a Christian I do have moods in which the whole thing looks very improbable. . . . This rebellion of your moods against your real self is going to come anyway.”3 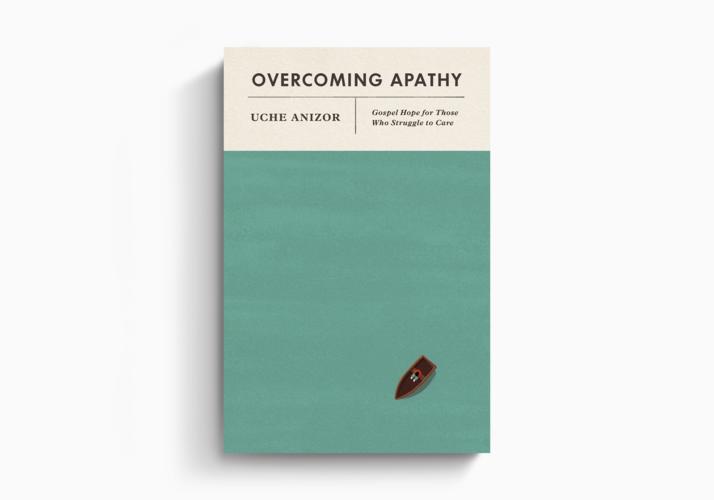 In Overcoming Apathy, theology professor Uche Anizor takes a fresh look at the widespread problem of apathy and its effect on spiritual maturity, offering practical, biblical advice to break the cycle.

I have often struggled with doubt as a Christian—doubts about God’s existence, about where I will go when I die, and about Jesus’s uniqueness. And when it comes to my Christian life, very few things can take the wind out of my spiritual sails like doubt. So, while I am consoled somewhat by the fact that doubts are normal and potentially formative, they still feel like what Lewis calls an emotional “blitz” on my belief.

We might split doubt into three categories. First, there is factual or philosophical doubt, which has to do with questions regarding history, evidence, or more abstract questions concerning God’s existence or the problem of evil. The second and most common category is emotional doubt. This mode of doubt expresses itself in repeated “what if” or “why” questions, even after sufficient intellectual responses may have been given. This is often where my doubt resides, focusing on the possibility that I could in some way have been misled. Third, volitional doubt is essentially a retreat from theological, philosophical, or any potentially helpful discussion altogether. The doubting person is deadened inside and, because of hurt, exhaustion, or anger at God, lacks motivation to engage in his or her Christian life. Sometimes doubt moves from philosophical to emotional to volitional if left unaddressed at each stage. Unsatisfying intellectual answers may lead to emotional questions; if emotional concerns persist for a long time, the doubter may grow bitter (volitional doubt). It appears most difficult to pull someone from this form of doubt.3

Whether doubt arises from our changing “moods” or from sincere intellectual questions, the effect is often the same: inaction, paralysis, spiritual limpness. Why pray, for example, if I doubt there is a God on the other end, or at least a God who cares? Os Guinness describes doubt as the mind’s “suspension between faith and unbelief.” He adds, “To believe is to be in one mind about accepting something as true; to disbelieve is to be in one mind about rejecting it; and to doubt is to waver somewhere in between the two, and thus to be in two minds.”4 Karl Barth calls doubt a “swaying and staggering between Yes and No.”5 The term double-mindedness is an excellent biblical category for doubt. It captures the idea of wavering between two opinions, or “standing in two boats,” as a Chinese proverb describes it. But Guinness’s enticing word suspension puts the finger on what doubt does to us. It suspends movement. It leaves us hanging. It causes an epic slowdown. Doubt takes us out at the kneecaps and can lead to permanent paralysis (i.e., unbelief) if left unattended.

The Effects of Religious Doubt

A number of studies have probed the effect of religious doubt on the faithful. One such study surveyed 1,629 people from a variety of denominations, cultural backgrounds, and educational levels, both married and single, and coming from different parts of the United States. It consisted of 135 items and probed issues of religious doubt, religious practice, and mental health. The study found that religious doubt—in this case, arising from the problem of suffering and evil—had a negative impact on overall mental health, particularly expressing itself in the forms of depression, anxiety, paranoia, hostility, and obsessive-compulsive symptoms.6 An earlier study of adults aged sixty-six years and older found that greater doubt about religion is associated with a decline in life satisfaction, self-esteem, and optimism. Religious doubt can even harm one’s physical health (for example, causing negative sleep quality). Most of these effects are especially prevalent among younger populations, but decrease as people age or attain higher levels of education. The negative effects are also especially pronounced among clergy, who find themselves isolated and unable to bring their doubts to others. Not surprisingly, studies show that those with greater certainty in their beliefs have better mental and emotional health, likely because their faith enables them to process and cope with stressors.7

The basic point is that the intuitive connection between doubt and apathy may have some support in the psychological and social scientific literature. Apathy is very likely to be one of the depressive symptoms arising from religious doubt. Doubt debilitates. It saps the pep in our step and locks our feet in cement. G. K. Chesterton gestures in this direction when he speaks of modernity’s noble doubters: “In their doubts of miracles there was a faith in a fixed and godless fate; a deep and sincere faith in the incurable routine of the cosmos.”8 Here’s the connection: doubt about God and the miraculous inclines one toward a sort of fatalism, a surrender to the unalterable forces of life. If whatever is going to happen will happen regardless of me, why even bother engaging? On top of this, when we persist in doubt, we toy dangerously with Friedrich Nietzsche’s famous proposition that “God is dead”—killed by our unbelief, relegated to irrelevance.9 Rather than empowering supermen who can now live out their lives with a sense of real self-determination, creeping unbelief leads to a world of meaninglessness. And a world lacking in meaning is a world for which it’s difficult to get up in the morning.

Is doubt the backstory to your apathy? What unresolved questions do you have about God or your faith that keep you from engaging your spiritual life wholeheartedly?

This article is adapted from Overcoming Apathy: Gospel Hope for Those Who Struggle to Care by Uche Anizor.

Uche Anizor (Phd, Wheaton College) is an associate professor of theology at Talbot School of Theology, Biola University. His other books include How to Read Theology and Representing Christ. He is married to Melissa and they have three children.

How Does Jesus Respond When We Doubt? (John 20)

Do we think our doubts trouble Jesus? Do we think skepticism is a surprise to him? Our honest thinking will not offend him. He can handle any question we have.

6 Ways to Fight the Debilitating Power of Doubt

In your suffering, doubt is a battle worth fighting. Remember, you never fight this battle alone but with the strength that is yours because of the presence and power of Christ.

Don't succumb to guilt if you are doubting; instead, combat your doubt with specific truth.

Depression, Anxiety, and the Christian Life
Crossway is a not-for-profit Christian ministry that exists solely for the purpose of proclaiming the gospel through publishing gospel-centered, Bible-centered content. Learn more or donate today at crossway.org/about.