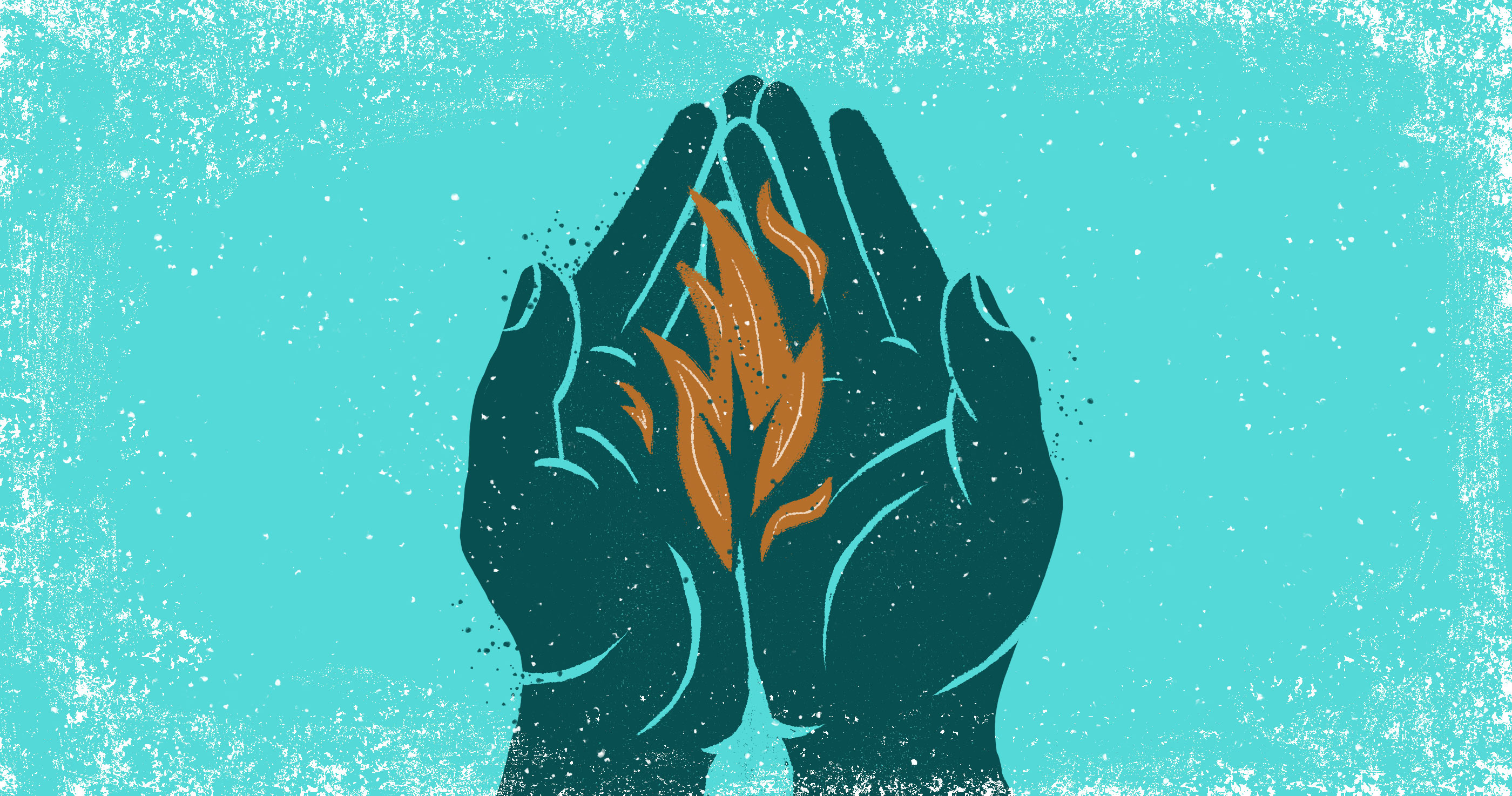 Bear in mind that the very centerpiece of Jesus’s prayer as our great high priest is an earnest, urgent plea for our sanctification. Consider the larger context of that prayer request. It is the night of Jesus’s betrayal. John 18:4 tells us Jesus knew absolutely everything that was about to happen to him. He fully understood what an unimaginably fearsome price he would pay for the sins of his people, and naturally he dreaded it. Remember how he prayed for himself that night in Gethsemane. He was in excruciating agony—literally sweating blood. Yet he declared his heartfelt willingness to do the Father’s perfect will. He nevertheless also expressed a perfectly human wish to avoid, if possible, the cup of wrath he would be asked to drink on behalf of his chosen ones. The magnitude of the burden on his heart that night was such that the depth of his soul’s affliction can hardly be described in any human language. He did not exaggerate when he told Peter, James, and John, “My soul is very sorrowful, even to death” (Matt. 26:38).

And yet before he made that prayer for himself, he prayed for his own. The prayer of John 17 took place that same evening just after they had shared the Passover meal together, and immediately before Jesus went to Gethsemane. Judas had already left the gathering to sell Jesus for the price of a slave—thirty pieces of silver—and Jesus clearly understood what Judas was up to (John 13:21–30). With so much weighing on our Lord’s heart and mind, although he was obviously eager to get to the garden where he could pray virtually alone in utter agony, it is significant that he stopped to pray aloud (in the hearing of the eleven remaining disciples) the prayer recorded in John 17.

He lifts his eyes to heaven and says a long prayer for them—not for everyone indiscriminately, but specifically for the disciples. “I am praying for them. I am not praying for the world but for those whom you have given me, for they are yours” (John 17:9). And as we noted at the start, this prayer is not only for the twelve but for all the elect of all coming generations. “I do not ask for these only, but also for those who will believe in me through their word” (John 17:20).

Now look at his specific requests. After rehearsing in detail how he has faithfully fulfilled the mission he was given in his incarnation (John 17:1–11), he enumerates his requests for his people. He prays for their preservation and for unity among them: “Keep them in your name, which you have given me, that they may be one, even as we are one” (John 17:11). He expresses a desire to see his joy fulfilled in them (John 17:13). And he asks the Father to keep them from the evil one (John 17:15). Each of those requests actually amplifies and expounds on the theme of the whole prayer—namely the request of verse 17: “Sanctify them in the truth; your word is truth.”

For example, the prayer for spiritual unity is a thread that runs through the whole chapter. Jesus makes that request repeatedly, praying again and again, “that they may all be one, just as you, Father, are in me, and I in you, that they also may be in us” (John 17:21); “that they may be one even as we are one” (John 17:22); and “that they may become perfectly one” (John 17:23). Such unity is possible only among sanctified disciples. So implicit in the request for believers’ spiritual unity is the plea for their sanctification. The same thing is true regarding their joy, their preservation, and their Christlike love. All of those things are necessary expressions of true holiness. The entire prayer therefore reflects the priority of sanctification as Christ’s will for his people.

The Lord Jesus Christ in his incarnation sanctified himself (lived in perfect holiness) in order to sanctify his people in the truth.

Finally, he asks the Father “that the love with which you have loved me may be in them, and I in them” (John 17:26). Verse 19 is especially telling. The Lord Jesus Christ in his incarnation sanctified himself (lived in perfect holiness) in order to sanctify his people in the truth. He thus gave us a perfect model to follow. Specifically, “Christ . . . suffered for you, leaving you an example, so that you might follow in his steps. He committed no sin, neither was deceit found in his mouth. When he was reviled, he did not revile in return; when he suffered, he did not threaten, but continued entrusting himself to him who judges justly. He himself bore our sins in his body on the tree, that we might die to sin and live to righteousness” (1 Pet. 2:21–24). In other words, everything he did throughout his earthly life was to set us free from the bondage of sin so that we might become servants of righteousness (Rom. 6:18).

Jesus is the one who taught Paul to pursue sanctification in the power of the Spirit in order that he might be an example and an instrument for the sanctification of the people given into his care. That’s how Paul could say, “Be imitators of me, as I am of Christ” (1 Cor. 11:1); “Brothers, join in imitating me” (Phil. 3:17); and “Brothers, I entreat you, become as I am” (Gal. 4:12).

How to Pray for Your Pastor

Pray your pastor would love God, and you, so much that he would be willing to disappoint you for God’s glory.

How to Pray for the Global Church

In praying for the global church, start by remembering that there is just one church of Jesus Christ.

4 Prayers to Pray When You’re Afraid

When fear paralyzes you, turn to the Lord through his word and in prayer and be comforted by the light that overcomes darkness.

How Our Theology Shapes Our Prayers

Theology helps us uncover what we know about God and turn it into prayer and praise to God.