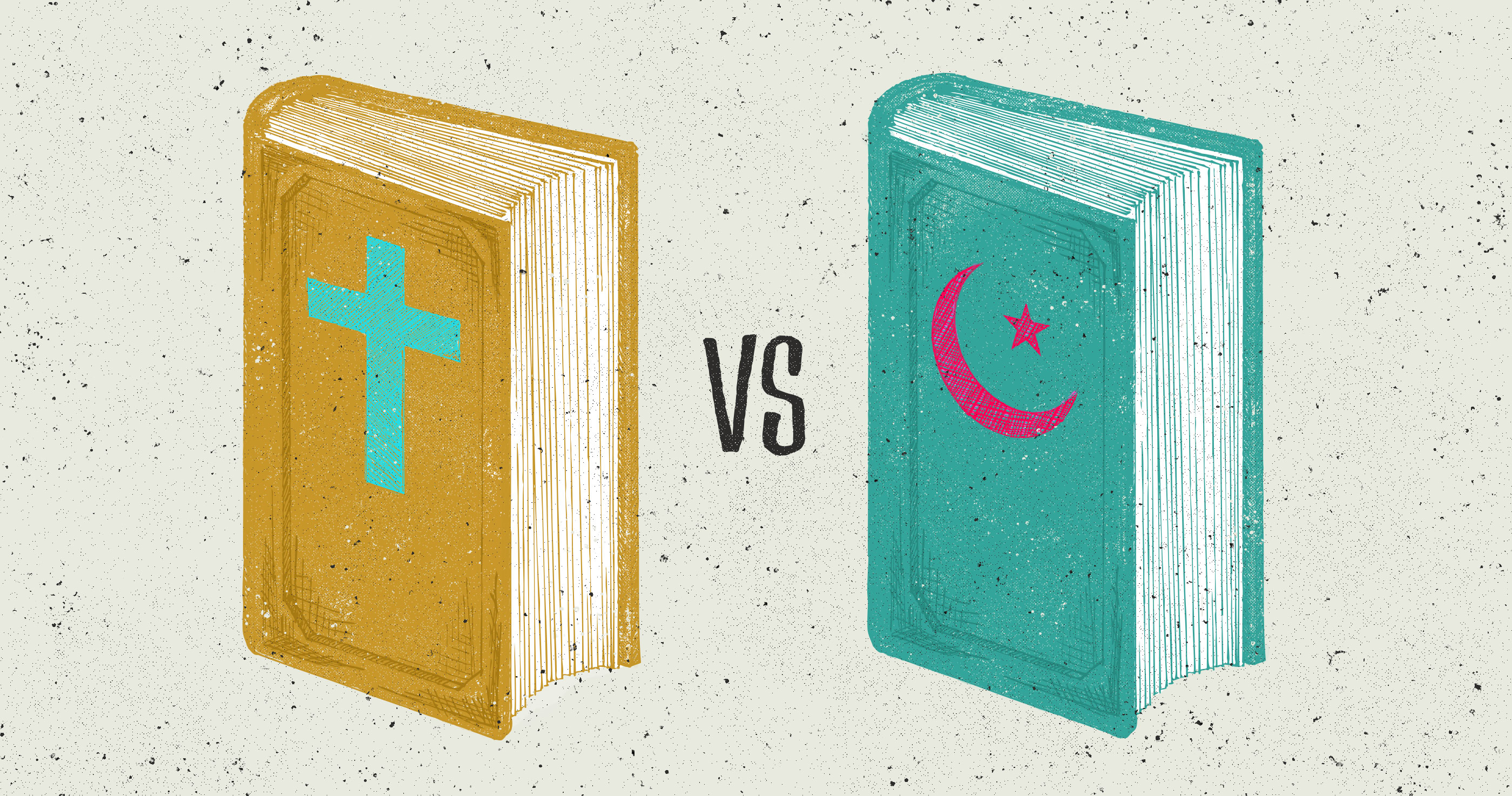 In this article adapted from the ESV Study Bible, Timothy C. Tennent—president of Asbury Theological Seminary and professor of world Christianity—explains how the Islamic faith approaches various theological topics, including the Old and New Testaments, sin, Jesus, salvation, violence, and civil government.

The Revelations of the Qur’an

There is no more widely recognized utterance of the Islamic faith than the declaration known as the shahadah: “There is no god but Allah, and Muhammad is the prophet of Allah.” Islam is about Allah and his prophet, Muhammad. The Qur’an teaches that Muhammad was an ordinary man (43:31). Yet, according to Muslims, Allah sovereignly chose Muhammad to receive a series of revelations through the intermediary presence of the angel Gabriel. While Muhammad was praying and fasting in the hills outside of Mecca in A.D. 610, Gabriel appeared to him.

Many Muslims believe the first revelation to Muhammad was the command to “Recite in the Name of Thy Lord” (96:1). These revelations continued until Muhammad’s death in A.D. 632 (17:82). According to Islamic traditions, approximately 20 years after Muhammad’s death his “recitations” were written down and codified into a collection of 114 chapters (called surahs) known as the Qur’an. The word “Qur’an” is Arabic for “recitation.” The Qur’an, containing 6,346 verses (known as aya), is approximately the same size as the NT. The first chapter of the Qur’an is known as “The Opening” and is widely regarded as the greatest summary of the Islamic message. The remaining chapters are arranged by length from the longest to the shortest.

The Qur’an and the OT

The emergence of Islam and the Qur’an can be properly understood only within the larger context of the Bible and the monotheism of Islam’s two main predecessors, Judaism and Christianity. The dozens of superficial similarities between the Qur’an and the Bible are striking. For example, in the Qur’an, Allah creates the earth in six days (25:59), culminating in the creation of the first man, Adam. Adam and his wife eat of the forbidden fruit and become aware of their nakedness (20:115–122). Allah sends Moses to confront Pharaoh, inflict the plagues on Egypt, and lead the Israelites out of Egypt through the parting of the Red Sea (26:9–75). Allah gives Moses the Ten Commandments on two stone tablets, which are subsequently broken (7:143–150).

The emergence of Islam and the Qur’an can be properly understood only within the larger context of the Bible and the monotheism of Islam’s two main predecessors, Judaism and Christianity.

Throughout the Qur’an several of the Ten Commandments are repeated, including the commands to “serve no other gods” (24:55), refrain from making idols (4:116), not covet (4:32), not murder (6:151), and honor one’s father and mother (6:151). In the Qur’an one can read about such familiar OT stories as Noah building the ark and preaching judgment to his generation (11:25–49; 23:23–32); Joseph being betrayed by his brothers, sold to a caravan of travelers, and brought to Egypt (12:7–21); King David’s adultery with Bathsheba (38:21–25); the queen of Sheba’s visit to Solomon (27:22–44); and Jonah being swallowed by the great fish (37:139–148). There are times, however, when the Qur’anic version has surprising departures, historically and theologically, from the biblical account. For example, Abraham is asked to sacrifice Ishmael rather than Isaac (cf. 37:100–111), and Jesus Christ is not accorded his full status.

The Qur’an and Christian Theology

Islamic View of God and the Trinity

Islam teaches a doctrine of absolute monotheism known as tawhid. Absolute monotheism is distinct from the Trinitarian monotheism of Christianity in that the Qur’an permits no distinctions within God. Christianity teaches that there is one God, known in three eternal persons. While Muslims welcome the Christian affirmation of one God, they maintain that belief in the three persons compromises the unity of God and makes Christianity functionally tritheistic (i.e., believing in three gods; see 4:171).

Several of these titles appear consistent with Christian claims about Jesus. Indeed, the Qur’an often speaks positively about him: Jesus was born without sin to the Virgin Mary (3:47; 19:19, 20; 21:91; 66:12) and was a miracle worker (2:253; 3:49; 5:110; 43:63; 61:6) whose ministry was foretold by John the Baptist (3:39). Yet, several surahs denounce any view of Christ that would elevate him beyond the status of a human prophet. Indeed, some passages in the Qur’an seem to deliberately contradict the biblical proclamation about Jesus Christ. For example, “Those who say: ‘The Lord of Mercy has begotten a son,’ preach a monstrous falsehood, at which the very heavens might crack, the earth break asunder, and the mountains crumble to dust … that they should ascribe a son to the Merciful, when it does not become Him to beget one!” (19:88–91). In Surah 61, Jesus is pictured as a prophet heralding the way for the coming of Muhammad (61:6). Surah 4 teaches that Jesus was not crucified on the cross (4:155–159). Thus, while respecting Jesus as a prophet of God, the Qur’an does not affirm the deity of Jesus Christ or his death as a substitute payment for sins.

Islamic View of Sin and Humanity

Traditional Islamic teaching does not accept that humans were created in the image of God. Islam has no doctrine of a sin nature and therefore does not believe that humanity is either depraved or fallen. Instead, men and women have the innate capacity to believe and submit to the Islamic revelation. Islam classifies the entire human race into four categories. The first is jahiliyyah, meaning those in a “state of ignorance” (5:50) who do not have a monotheistic revelation and have not yet heard Muhammad’s message. The second are the ahl al-kitab, or “People of the Book.” These are monotheistic people who have not received the Qur’an but who have a book of revelation, such as Christians and Jews (see, e.g., 2:105; 3:64–199; 4:123; 5:15; 29:46; 33:26; 57:29; 59:11; 98:1–6). The third category is Muslim, an Arabic word meaning “those who submit”; it refers to monotheists who have submitted to Allah and regard the Qur’an as Allah’s greatest (some say, eternal) revelation and Muhammad as the final “seal” of the prophets (33:40). The fourth category refers to those peoples who have heard the message of Islam but rejected it, the kafir (meaning “unbeliever” or “infidel”).

Islamic View of Other Religions

Muslims universally affirm that Islam is the highest and only non-corrupted religion. Christianity and Judaism are accorded some respect as monotheistic religions flowing from the Abrahamic tradition (29:46). All other religions are generally regarded as expressions of human ignorance and an unwillingness to submit to Allah.

Since Muslims do not accept the doctrine of the fall or of a subsequent sin nature, there is no need of redemption. Islamic “salvation” is understood almost wholly as future deliverance from final judgment. Many Muslims maintain that whoever believes in the oneness of God (tawhid) and the prophethood of Muhammad will be saved from the fire of judgment. Other Muslims insist on submission to Allah through adherence to the five pillars of Islam: confession of faith (shahadah), daily ritual prayer (salat), the giving of alms (zakat), fasting during Ramadan (sawm), and a pilgrimage to Mecca (Hajj). Based on revered Islamic traditions known as Hadith, some Muslims believe that Allah grants Muhammad the honor of interceding for the entire Islamic community at the final judgment, allowing all Muslims to be saved.

Since Muslims do not accept the doctrine of the fall or of a subsequent sin nature, there is no need of redemption.

Islamic View of the Bible

Muslims universally regard the Bible as a corrupted text. The doctrine of corruption (tahrif) asserts that the transmission of Jewish and Christian texts was unreliable (5:13–14), or Christians and Jews willfully altered the biblical texts because of enmity or jealously (2:109). On the other hand, the Qur’an does affirm Allah’s sending revelation in the Torah and the Gospels (Injil) (5:46, 67, 69, 71). Furthermore, the Qur’an says that Jesus’ words should be “believed” (4:171; 5:78), and even commands the Muslims to listen to those who had the Torah/Injil before the Qur’an, calling it a “Truth come to thee from Thy Lord” (10:94).

Islamic Attitudes toward the Use of Violence

There is no single Islamic attitude toward the use of violence, and scholars of Islam are divided over the extent to which the Qur’an permits or even advocates violence against unbelievers. The Qur’an asserts that there should be “no compulsion in religion” (2:256) and peacefully calls or invites (dawah) people to follow Islam (16:125). The Qur’an also permits the use of violence in certain circumstances (8:38, 39; 47:4), and two texts in particular have sometimes been cited as justification for violence against unbelievers (9:5, 29). Historically, the Islamic caliphate extended protected status (dhimmi) to other monotheistic religions and prohibited the exercise of violence against them as long as a special tax, known as jizyah, was paid.

Islam generally embraces the honor of martyrdom and affirms that integral to Islamic faithfulness is a struggle (jihad) against idolatry and unbelief. Some Muslims emphasize the “higher jihad,” which is nonviolent and focuses on the internal struggle within the individual to live in purity. However, many Muslims accept the use of violence in certain instances, especially against kafirs (or unbelievers). In the last few centuries more radical groups, such as the Wahabis and Salafis, have accepted violence even against other confessing Muslims who behaved in ways they deemed idolatrous. Most recently, the growth of extremist movements such as Islamism, the writings of intellectuals such as Sayyid Qutb (1906–1966), and the emergence of terrorist networks such as al-Qaeda (lit., “the base”) have served to make the use of violence more widely acceptable.

Historically, Islam has envisioned the unity of civil and religious life under the all-encompassing guidance of Islamic law, known as Sharia. Until modern times, the only acceptable form of Islamic government has been the caliphate, which unites civil and religious authority under the rule of a caliph. Sunnis and Shiites differ as to how this caliph is chosen. Over the centuries, Muslims have lived under a wide range of caliphates including the Rightly Guided Caliphs (7th century), the Umayyads (7th and 8th centuries), the Abbasids (8th to 13th centuries), and the Ottomans (15th to 20th centuries). In 1924 Kemal Ataturk, the president of Turkey, constitutionally abolished the caliphate. Several contemporary Islamic movements have encouraged political pluralism and even acceptance of religious diversity. However, since the 1970s more Islamist movements have emphasized the need to assert Islamic hegemony and to resist the secularization of Islamic governments.

This article is adapted from Timothy C. Tennent’s article “The Bible and Islam” in the ESV Study Bible.

Timothy C. Tennent (PhD, University of Edinburgh) is president of Asbury Theological Seminary, where he also serves as professor of world Christianity. He is a frequent conference speaker and is the author of several books and articles.

The Bible and the Religions of the World

Although the Bible nowhere discusses “other religions” as such, much in it is relevant to the subject.

How Does God's Love in Christ Relate to Islam?

How do we bear faithful witness to the love of God in Christ to our Muslim friends?

Jesus the Son of God
D. A. Carson 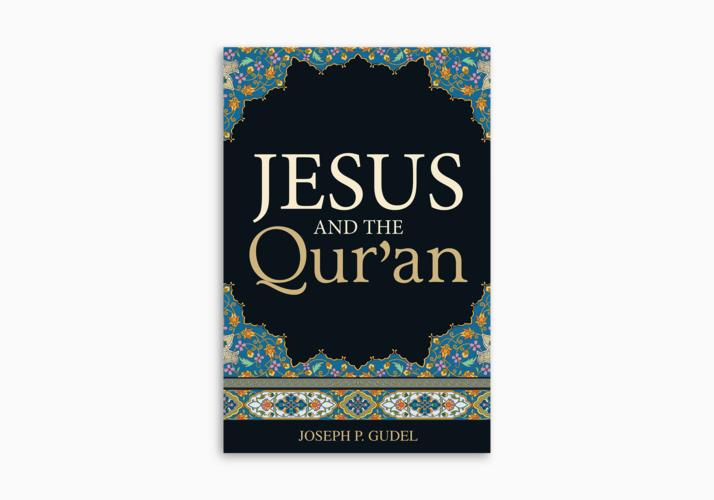 Jesus and the Qur'an
Joseph P. Gudel
Tract 25-pack
Crossway is a not-for-profit Christian ministry that exists solely for the purpose of proclaiming the gospel through publishing gospel-centered, Bible-centered content. Learn more or donate today at crossway.org/about.