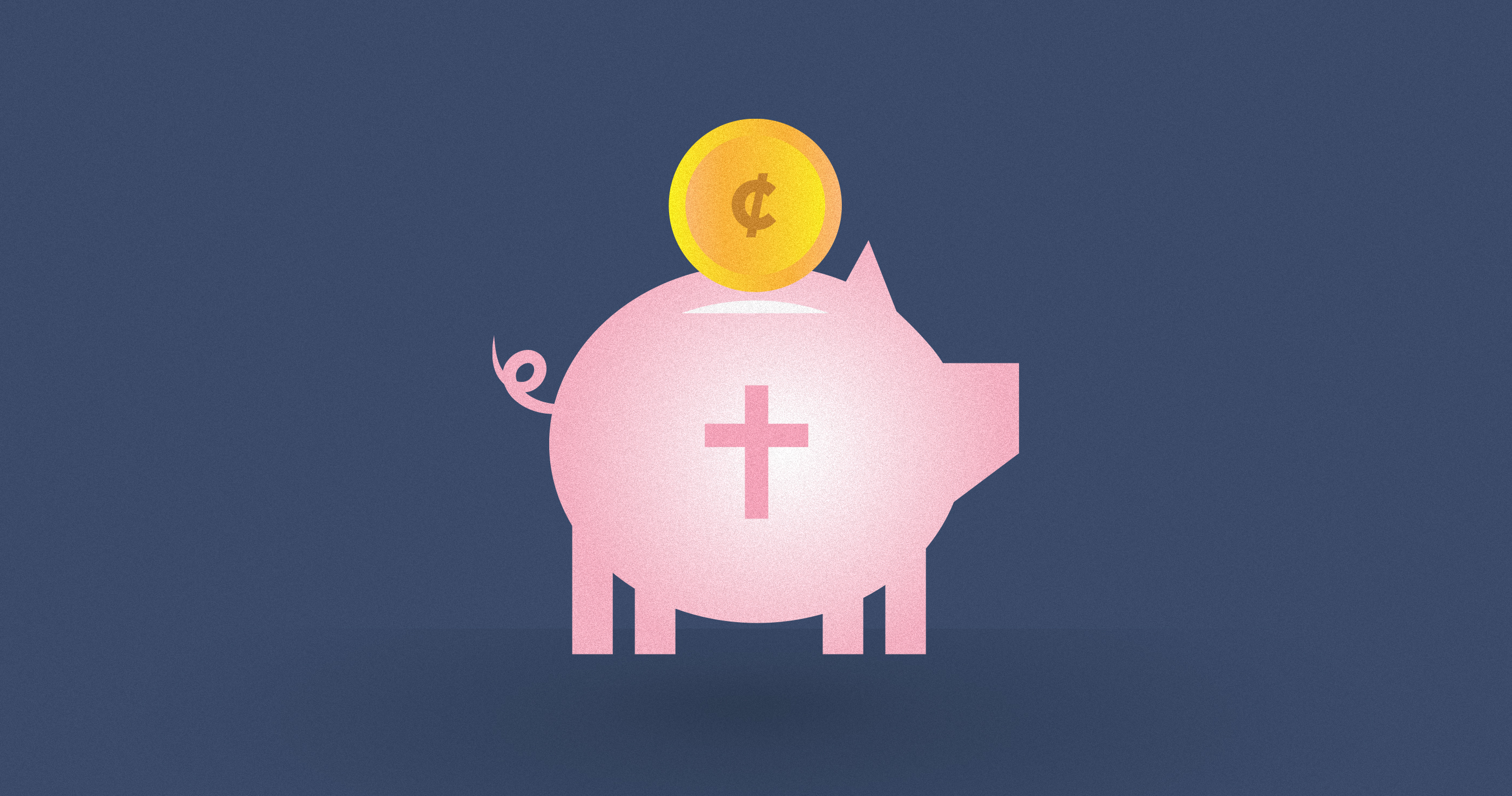 The Rich Man and Lazarus

My family in England kept raving about the TV show The Good Place, but I wasn’t interested. A comedy about people in the afterlife? It seemed too deathly serious a subject for jokes. When I finally succumbed and started watching it, however, I got their enthusiasm. It’s very funny. But it also explores deep truths regarding the ways in which many people think about heaven and hell. In the opening scene, the main character, Eleanor, is told she’s died, but that everything is fine. She’s in the Good Place. As the action continues, however, Eleanor realizes she’s been misassigned. The other people in the Good Place are exceptionally good. She knows she’s actually quite bad, and it’s only a matter of time before she’s found out.1

If you read through the Gospels, you may start to feel like Eleanor when Jesus starts talking about money. Perhaps you felt a twinge of discomfort when Jesus told the rich young man to give everything he had to the poor and follow him. But he’s not done. “Blessed are you who are poor,” Jesus said, “for yours is the kingdom of God” (Luke 6:20). “But woe to you who are rich, for you have received your consolation” (Luke 6:24). “It is easier for a camel to go through the eye of a needle,” Jesus famously proclaimed, “than for a rich person to enter the kingdom of God” (Matt. 19:24; Mark 10:25; Luke 18:25). I could go on and on. But the words I personally find hardest to read come in the form of a parable.

There was a rich man who was clothed in purple and fine linen and who feasted sumptuously every day. And at his gate was laid a poor man named Lazarus, covered with sores, who desired to be fed with what fell from the rich man’s table. Moreover, even the dogs came and licked his sores. (Luke 16:19–21)

The contrast of rich and poor is painfully clear. According to Old Testament law, the rich man should have taken care of Lazarus. He doesn’t. But Lazarus’s name means, “God helps,” and Jesus tells us how. “The poor man died,” he said, “and was carried by the angels to Abraham’s side” (Luke 16:22). Lazarus has landed a top spot in the afterlife. So far, so good. We probably all like the idea of poor and suffering people going to a better place. But then comes the blow: “The rich man also died and was buried, and in Hades, being in torment, he lifted up his eyes and saw Abraham far off and Lazarus at his side. . . . ‘Father Abraham, have mercy on me, and send Lazarus to dip the end of his finger in water and cool my tongue, for I am in anguish in this flame’” (Luke 16:22–24). Here Jesus the fire-and-brimstone preacher gives us a terrifying vision of hell. Abraham replies,

Child, remember that you in your lifetime received your good things, and Lazarus in like manner bad things; but now he is comforted here, and you are in anguish. And besides all this, between us and you a great chasm has been fixed, in order that those who would pass from here to you may not be able, and none may cross from there to us. (Luke 16:25–26)

Having lost hope for himself, the rich man asks, “Then I beg you, father, to send him to my father’s house—for I have five brothers—so that he may warn them, lest they also come into this place of torment” (Luke 16:27–28). But Abraham replies, “They have Moses and the Prophets; let them hear them” (Luke 16:29). The Hebrew Scriptures are chock full of calls to care for the poor and warnings of God’s judgment against those who fail to do so. The rich man and his brothers had all the information that they needed. But the rich man argues back, “No, father Abraham, but if someone goes to them from the dead, they will repent.” And Abraham responds with words designed to rattle in our ears: “If they do not hear Moses and the Prophets, neither will they be convinced if someone should rise from the dead” (Luke 16:30–31). We may not live in mansions or have beggars dying on our doorsteps. But the richest person of Jesus’s day would be amazed at our comforts: our clothes, our food, the kind of healthcare we can access, how we get from place to place. The chances are that if you’re reading this, you’re relatively rich. I don’t mean you’re the richest of your friends. But I’m guessing you have a roof over your head, food on your table, most likely a college degree, perhaps a car. You may not have as much money as you want. But by global standards even today, you’re likely rich. Nearly half the world lives on less than $5.50 a day. According to Jesus, if we treat poverty like someone else’s problem, we’ll find ourselves in the rich man’s horrifying shoes. The rich man failed to listen to the Hebrew Scriptures’ calls for care of the poor. But we’ll have failed to listen to a man who was raised from the dead.

The Sheep and the Goats

In another famous story, Jesus paints a picture of the day when he’ll come back to earth as universal King. He said he will divide the nations into two groups, on his right and on his left, “as a shepherd separates the sheep from the goats” (Matt. 25:32). To the sheep on his right, he will say,

Come, you who are blessed by my Father, inherit the kingdom prepared for you from the foundation of the world. For I was hungry and you gave me food, I was thirsty and you gave me drink, I was a stranger and you welcomed me, I was naked and you clothed me, I was sick and you visited me, I was in prison and you came to me. (Matt. 25:34–36)

When the sheep ask when they did these things, Jesus replies, “Truly, I say to you, as you did it to one of the least of these my brothers, you did it to me” (Matt. 25:37–40). Here we see Jesus’s care for Christians who are destitute, sick, or imprisoned. How we treat them is how we treat him.

At this point, we may feel a bit like Eleanor again. She doesn’t think that she deserves the Good Place. But the Bad Place? No. “I was a medium person,” she says. “I should get to spend eternity in a medium place. Like Cincinnati.” But Jesus doesn’t have a medium place. He turns to the people on his left and says,

Jesus’s teaching doubled down on the concern for the poor and dispossessed that was already strongly present in the Old Testament. The waves he made are still lapping on our moral shores today.

8 Ways the Doctrine of Eternity Clarifies Our Values

If you want to know what you truly value, consider where you tend to invest your time, energy, gifts, and money.

Giving out of scarcity declares in an especially profound way that God is better than money.

A Lack of Generosity Means a Lack of Contentment

If we really believe that the God who created the universe cares for us and is working in our lives, then that removes the fear that makes us hoard our money.

God loves joy-motivated giving to others because it expresses contentment in God’s gracious giving to the believer. 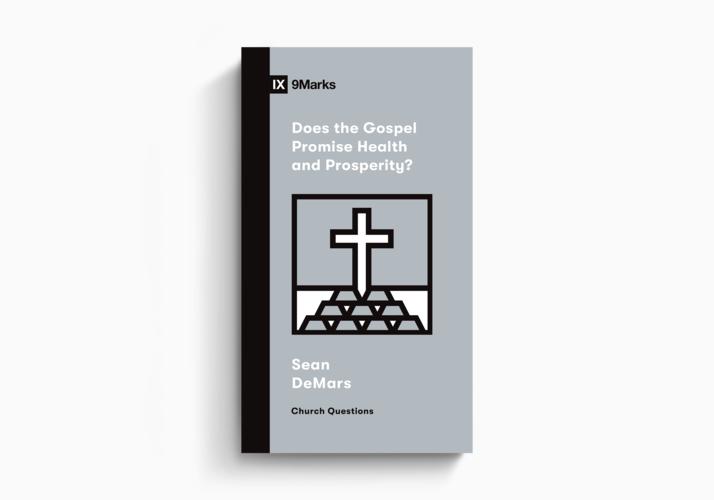 Does the Gospel Promise Health and Prosperity?
Sean DeMars

Chasing Contentment
Erik Raymond
Crossway is a not-for-profit Christian ministry that exists solely for the purpose of proclaiming the gospel through publishing gospel-centered, Bible-centered content. Learn more or donate today at crossway.org/about.