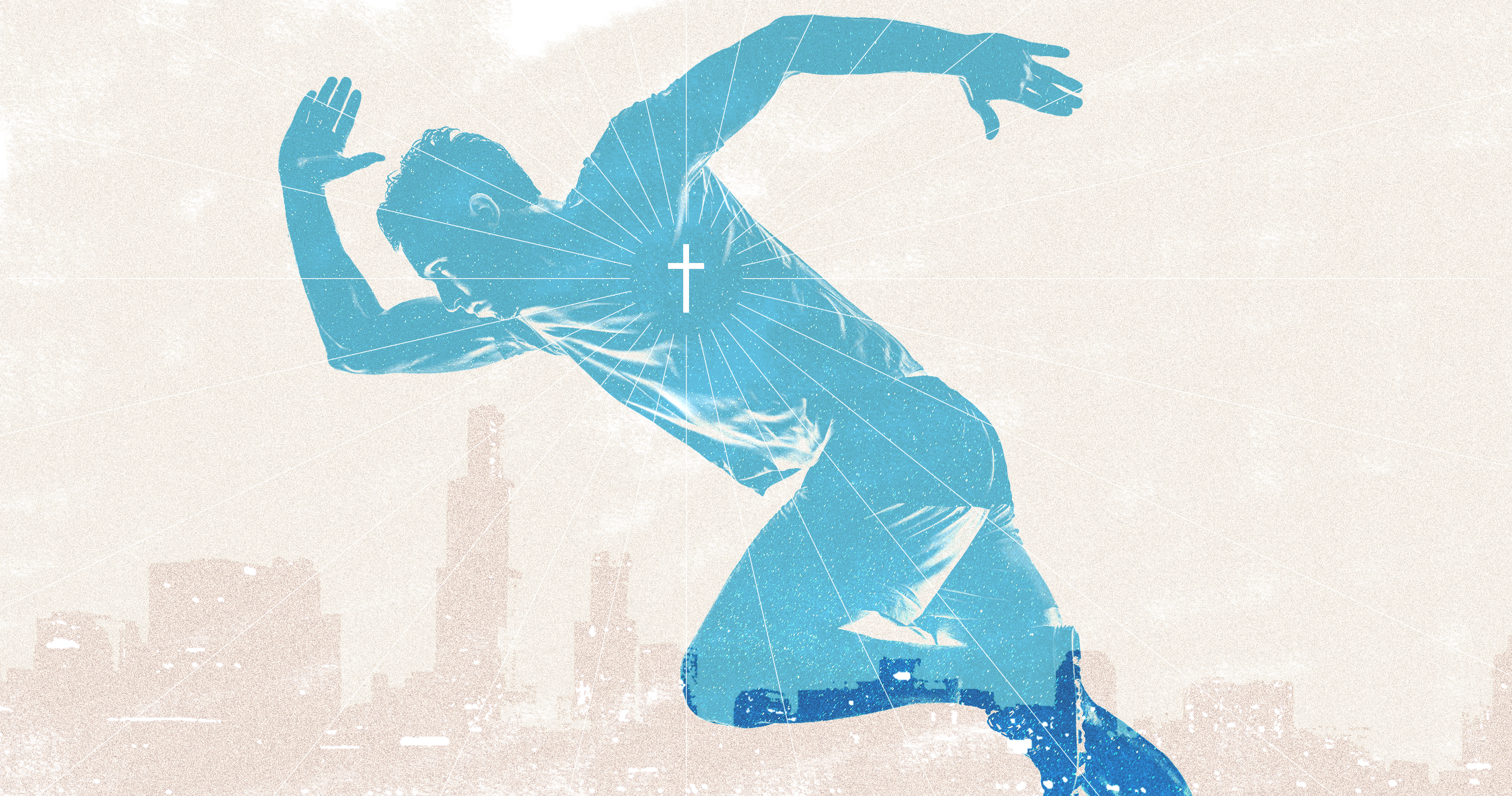 The Race Set before You

Persevering grit is eternally beautiful when devoted to the real-life spiritual race that is marked out for us. The sense of biblical “perseverance” is patient fortitude, patiently “gutting it out.”

We each have a specific race mapped out for us; the course for each runner is unique. Its uniqueness is determined by God, who charts it while factoring in who you and I are right now as to our giftedness, background, responsibilities, age, health—and most of all who we are in Christ. Your race is like no one else’s. It is marked out for you where you are as a student, a single, or a parent.

Some races are relatively straight; some are all turns. Some seem all uphill; some are a flat hiking path. They are not equal. All races are long, but some are longer. But the glory is, each of us (no exceptions!) can finish the race “set before us.” I may not be able to run your course, and you may find mine impossible, but I can finish my race and you yours. Both of us can finish well if we choose and if we rely on him who is our strength and our guide. We can experience the same exhilaration the apostle Paul did as he neared the finish line: “I have fought the good fight, I have finished the race, I have kept the faith” (2 Tim. 4:7). Depending upon God, there is no doubt that we can finish the race set before us—and finish it with satisfaction. Whoever you are and wherever you are, you can do it!

Your Heart, Not Your Ability

Perseverance has nothing to do with giftedness, but everything to do with your heart. In 1981 Bill Broadhurst entered the Pepsi Challenge 10,000-meter race in Omaha, Nebraska. Surgery ten years earlier for an aneurysm in his brain had left him paralyzed on his left side. But on that misty July morning, he stood with twelve hundred lithe men and women at the starting line. The gun sounded, and the crowd surged ahead. Bill threw his stiff left leg forward and pivoted on it as his foot hit the ground. His slow plop-plop-plop rhythm seemed to mock him as the pack raced into the distance. Sweat rolled down his face and pain pierced his ankle, but he kept going. Some of the runners completed the race in about thirty minutes, but it was two hours and twenty-nine minutes until Bill reached the finish line.

A man approached from a small group of remaining bystanders. Though exhausted, Bill recognized him from pictures in the newspaper. It was Bill Rodgers, the famous marathon runner, who then draped his newly won Boston Marathon medal around Bill’s neck. Bill Broadhurst’s finish was as glorious as that of the world’s greatest, even though he finished last, because he ran with perseverance. Biblical perseverance that refuses to be deflected, overcomes obstacles and delays, and is not stopped by discouragement within or opposition without is available to us all.

It is quite within the reach of every one of us to manifest positive, conquering perseverance—putting one heavy foot in front of the other until we reach the glorious end. The race is not for sprinters who flame out after 100, 200, or 400 meters. It is for faithful plodders—people like you and me. Fast or slow, strong or weak, we must all persevere.

If we have stripped ourselves bare of all besetting sins and every hindrance, and have begun to run with perseverance our race—the race that God has marked out for us—we are then given the focus that guarantees our finishing well. That focus, of course, is Jesus: we are to be “looking to Jesus, the founder and perfecter of our faith” (Heb. 12:2).

The writer of Hebrews is very intentional in commanding us to focus on Jesus rather than referring to him as Christ or Jesus Christ. We are to focus on Jesus the incarnate Son of God as he lived as a man here on earth. Jesus was the runner without parallel. Every obstacle was thrown in his way, but he never stumbled once.

It is quite within the reach of every one of us to manifest positive, conquering perseverance—putting one heavy foot in front of the other until we reach the glorious end.

He became “the founder and perfecter of our faith” by the way he lived. His life founded (literally, pioneered) faith. There never was a millisecond when he did not trust the Father, resting everything in him. So great was his trust that he lived on every word that came from the mouth of God (Matt. 4:4). And he continues to be “the founder and perfecter of our faith” by what he does in us. He bestows the gift of faith (Eph. 2:8–9; Matt. 11:27) and then perfects it in his children (Hebrews 11).

Since we need faith to run the race, we must be “looking to Jesus, the founder and perfecter of our faith” That is, as the Greek literally indicates, we must deliberately lift our eyes from other distracting things and focus with utter concentration on him—and continue doing so.1 We must not look away even for an instant. Such focus is indispensable to a life of faith and to finishing the race.

On August 7, 1954, during the British Empire Games in Vancouver, Canada, the greatest mile-run match ever took place. It was touted as the “miracle mile” because Roger Bannister and John Landy were the only two sub-four-minute milers in the world. Bannister had been the first man ever to run a sub-four-minute mile. Both runners were in peak condition.

Bannister, a medical doctor who later became Sir Roger Bannister and master of an Oxford college, strategized that he would relax during the third lap and save everything for his finishing drive. But as they began that third lap, Landy poured it on, stretching his already substantial lead. Immediately Bannister adjusted his strategy, increasing his pace and gaining on Landy. He quickly cut the lead in half, and at the bell for the final lap, the two men were even. Landy began running even faster, and Bannister followed suit. Both men were flying. Bannister felt he was going to lose if Landy did not slow down.

Then came the famous moment (replayed thousands of times in print, celluloid, and video) as, at the last stride before the home stretch, the crowd roared. Landy could not hear Bannister’s footfall and looked back—a fatal lapse of concentration. Bannister launched his attack and won the “miracle mile” that day by five yards.2

Those who look away from Christ—the end and goal of our race—will not finish well. And this was exactly what was happening to some treading the stormy waters around the early church. They had begun to take their eyes off Christ and to fix them instead on the hardships challenging them. Some had begun to look elsewhere for answers. The author of Hebrews called them to regain their focus on Jesus.

Focus on His Focus

Along with focusing on Jesus, we must focus on his focus—“who for the joy that was set before him endured the cross, despising the shame” (Heb. 12:2). Jesus’s focus on the coming joy of his resurrection, ascension, and enthronement at God’s right hand, plus the joys of redeeming a people for himself, strengthened him to do two things. First, he endured the terrible agony of the cross with an “intensity, and with a unity of perception, which none of us can possibly fathom . . . because his soul was so absolutely in his power . . . so utterly surrendered, so simply subjected to the suffering.”3 The agony that Jesus endured on the cross was worse for him precisely because he was God. Second, he scorned the shame of the cross. That is, he thought nothing of the shame—he dismissed it with contempt as nothing. Jesus did all this because he fully knew the bounding, dancing, endless joy that awaited him.

Now here’s the wonder: Jesus’s joy is our joy! His joy is the joy set before us! How can this be? The answer is that we are one with him. Christ is in us, and we are in him (2 Cor. 5:17). Where Christ is, we are! God has already seated us in Christ in the heavenly places, so “that in the coming ages he might show the immeasurable riches of his grace in kindness toward us in Christ Jesus” (Eph. 2:7). We are “heirs of God and fellow heirs with Christ, provided we suffer with him in order that we may also be glorified with him” (Rom. 8:17). His boundless, dancing, endless joy will be ours!

To doubt this is to doubt God’s holy Word. If we will focus on the joy that Christ has set before us, we will endure the sufferings of this world and will dismiss any shame incurred in his name as nothing. And we will run the race to his glory.

5 “Do Nots” of Fatherhood

10 Disciplines of a Godly Pastor

As we sweat out the disciplines of a godly pastor, remember, with Paul, what energizes us to live them out. 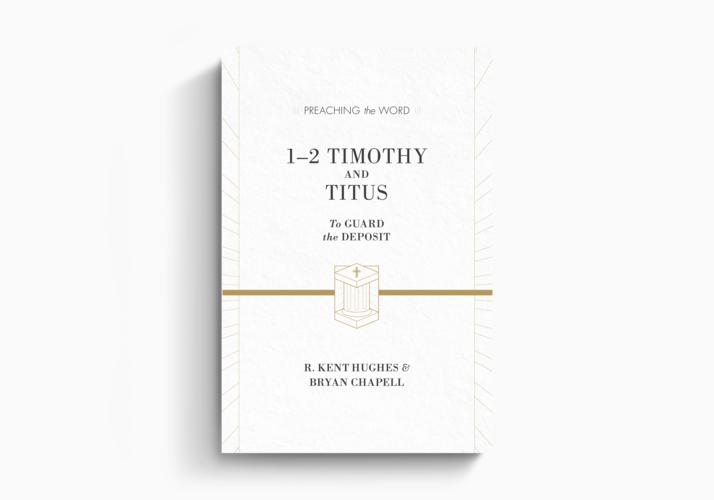