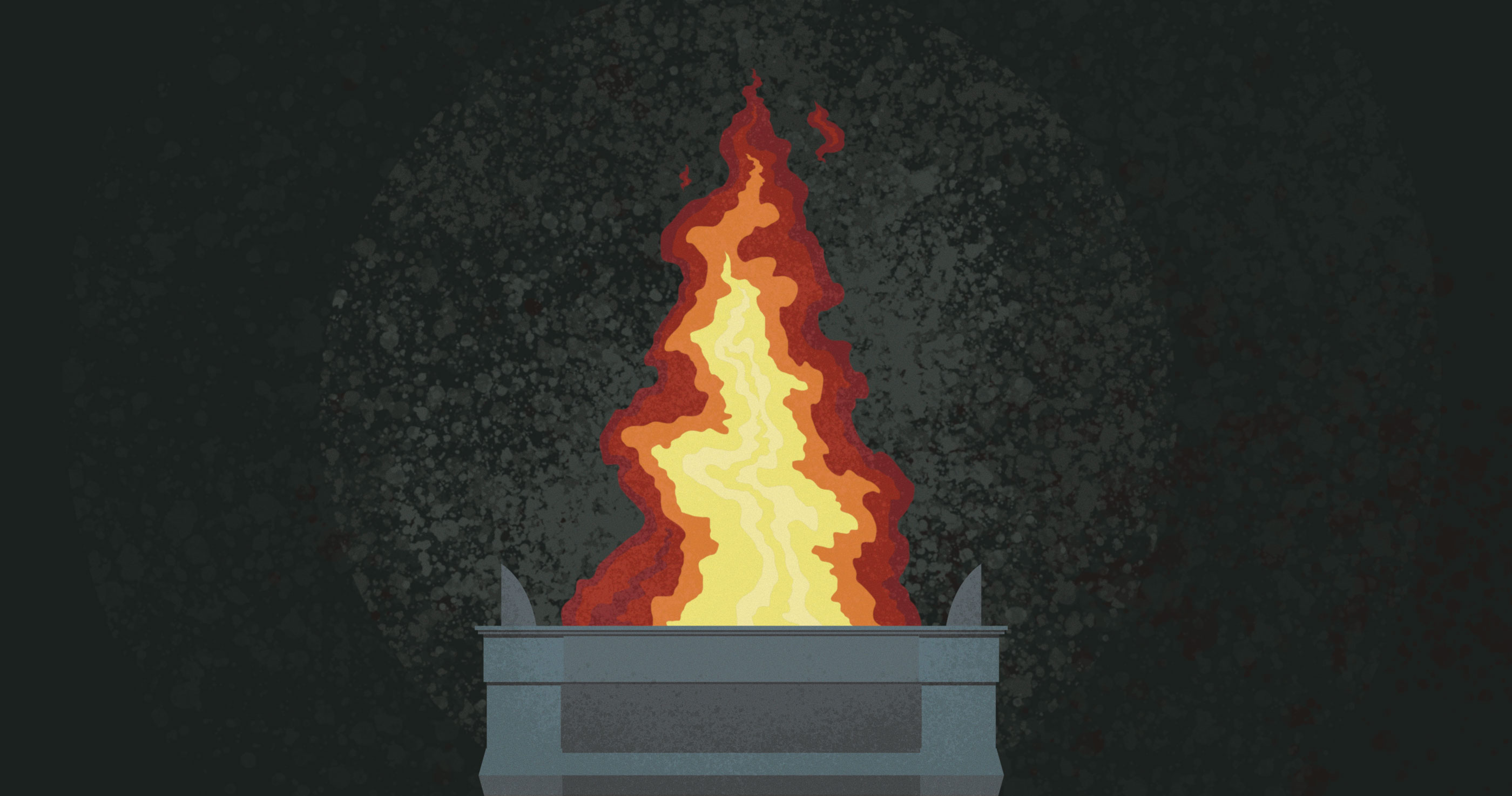 Lesson number one on God’s holiness and the people’s sinfulness was delivered in the form of instructions for offering sacrifices at the tabernacle. Now, today when we say that something was “a real sacrifice,” rarely do we mean that blood was shed. For us, sacrifice means giving something up or taking something on that costs us a little money or comfort or convenience. Sacrifice in the Bible, however, is the bloody reality of a bellowing animal being butchered on an altar. Imagine the sensory overload of this experience—the violent resistance of the animal, the spurting of blood, the feel of pulling the animal apart, the smell of its burning flesh and bones. Imagine the emotional and spiritual impact of offering this sacrifice, knowing that it was your sin that made this death necessary. And imagine the frustration in knowing that you’ll be back tomorrow or next week because you will sin again.

In Leviticus chapters 1–7 we find detailed instructions for offering sacrifices—five regular offerings that will invade all of the Israelites’ senses, informing their minds and engaging their hearts in regard to the seriousness of sin as well as the possibility and provision of a substitute. Why should we study these details of the various sacrifices in Leviticus, since we are no longer required to offer sacrifices? We should do so because they help us to understand how the work of Christ saves people like us from our sin. Each of the sacrifices points to a different aspect of Christ’s sacrifice of himself.

He shall lay his hand on the head of the burnt offering, and it shall be accepted for him to make atonement for him. Then he shall kill the bull before the Lord, and Aaron’s sons the priests shall bring the blood and throw the blood against the sides of the altar that is at the entrance of the tent of meeting. (Lev. 1:4–5)

To make atonement for his sin and to gain God’s acceptance, the offerer identified himself with the animal by laying his hand on the animal’s head. When the animal died, it died for the offerer’s sins. Neither the offerer nor the priest ate any of the meat; it was all burned in the fire. This was sacrifice in its purest form—a valuable animal given up wholly to God.

Along with the burnt offering, offered twice each day, was the grain offering of fine flour, oil, frankincense, and salt, which expressed gratitude to God and served as a way of asking the Lord to remember the offerer with favor (Leviticus 2).

The Lamb of God

This ten-week Bible study in the popular Seeing Jesus in the Old Testament series completes Guthrie’s coverage of the Pentateuch, showing how to see Jesus in Exodus, Leviticus, Numbers, and Deuteronomy.

The fellowship or peace offering was more than a sacrifice; it was a festive meal. A bull, a sheep, or a goat was shared by the Lord, the priests, and the one who offered it (Leviticus 3). In fact, the worshiper was allowed to bring family and friends along to spend a couple of days enjoying the meat in the presence of God at the tabernacle. The act of the offering reminded the worshiper that the only way he had been able to come back into the fullness and joy of fellowship and communion with God was through the blood of a perfect substitutionary sacrifice. Sin pollutes and corrupts. The sin offering was offered to cleanse away the filth of sin. In this offering, something unusual was done with the blood:

By using the blood of the animal in this way, God was demonstrating in dramatic fashion that it was the blood that atoned for Israel’s sin. The blood cleansed the tabernacle, the priests, the people, and the land from the defilement caused by the sin of the people. There was blood on the veil, blood on the horns of the altar, and blood poured out. Everywhere the sinner looked was an unavoidable statement about the pervasive nature of sin and need for atonement.

The guilt offering asked for something beyond sacrifice; it required restitution. The guilty person had to confess his sin publicly, offer the blood sacrifice, and also make full restitution of what was defrauded, adding an additional twenty percent. Rather than a cheap or easy repentance, this dearly cost the person who sinned.

None of the animals offered in these sacrifices could, in themselves, take away a person’s sin or truly pay the debt for sin. But by offering these sacrifices in faith, the people of the Old Testament demonstrated their faith in Christ, the superior, once-for-all sacrifice, the Lamb of God who takes away the sin of the world.

By offering these sacrifices in faith, the people of the Old Testament demonstrated their faith in Christ, the superior, once-for-all sacrifice, the Lamb of God who takes away the sin of the world.

The sacrificial provisions in Leviticus taught the Israelites that God can be approached with the blood of a worthy substitute. And while all of these sacrifices might seem like an unbearable burden to us, wouldn’t you be relieved, as an Israelite, to know that, instead of paying the penalty for sin yourself, God would accept a substitute in your place?

Yes, there was certainly a cost to these sacrifices. Imagine the expense of taking the best animal in your herd down to the temple in Jerusalem just to be burnt up. That was the animal that would have produced the best offspring, and it wasn’t easy to give up. Imagine the time burden, especially if you didn’t live in Jerusalem. You would have to travel and find a place to stay. Imagine the emotional or spiritual burden as you made this trek, knowing that you would have to identify and confess your sin to the priest in offering your sacrifice. But also imagine the burden rolling away. When you slit that animal’s throat and watched it burn, and the priest declared your sin forgiven, imagine the sense of relief you felt. You would think, It should be me. I am the one who deserves to die. But this innocent animal has become my substitute. This animal has died so I can live. This was good news.

This article is adapted from The Lamb of God: Seeing Jesus in Exodus, Leviticus, Numbers, and Deuteronomy by Nancy Guthrie.

The Gospel in Leviticus

Is Leviticus just a collection of disconnected laws? How does this book of the Bible really point to Christ?

10 Things You Should Know about the Pentateuch

The book of 1 Kings tells the story of fourteen “kings of the Jews,” framed by King Solomon—and this story foretells the coming of the Messiah.

Podcast: How to Read the Old Testament in a Christ-Centered Way (Bryan Chapell)

The Old Testament can feel confusing and intimidating. In this episode, we hear from Bryan Chapell about how reading it with an eye on the gospel helps us understand it better.