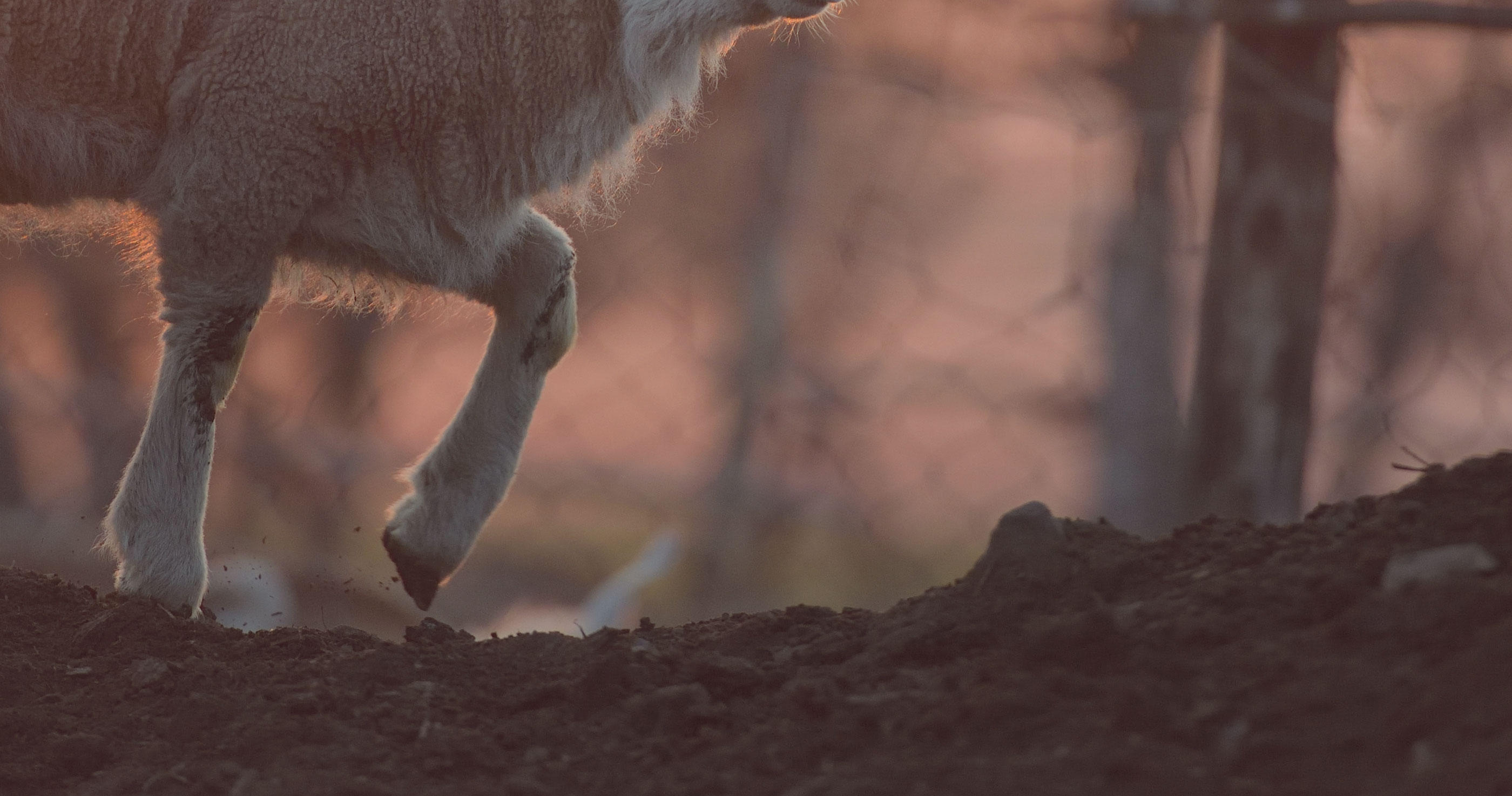 An old spiritual about the death of Jesus says that even though he was perfectly innocent and did not deserve to die, “He never said a mumblin’ word” either in protest of his unfair treatment or to defend himself. We need to learn why Jesus stood before his accusers and crucifiers and “opened not his mouth” (Isa. 53:7) and what the silence of the Lamb of God means for us.

How different Jesus’ response at his trials and crucifixion is from ordinary human nature. Even when we have done something wrong and know we are wrong, still the first words that tend to form in our mouths are words of excuse and self-defense.

And what about when we are right but blamed for being wrong? Most of us would be quick to speak up and protest our innocence. It’s just human nature to want to speak up and justify ourselves.

But Jesus met his accusers with silence, even as the prophet Isaiah wrote seven hundred years before the fact. Isaiah 53:7 continues, “He is brought as a lamb to the slaughter, and as a sheep before her shearers is dumb, so he openeth not his mouth.”

Jesus, Keep Me Near the Cross

This collection of 25 readings, compiled by Nancy Guthrie, features writings and sermons from classic and contemporary theologians and Bible teachers, each encouraging thoughtful contemplation of the cross and resurrection during the Easter season.

How does a lamb respond to its executioner? With meekness and submission. Here is a picture of the Lord Jesus Christ, who was and is absolutely sinless, being unjustly accused and yet offering no defense or excuse whatsoever. There was no protest from his lips as he was slandered, and he made no effort to avoid the false accusations and the cross that would follow.

This is true even though the trials Jesus endured—and there were about six altogether— were held illegally and were a mockery of justice. It was crass, coldhearted sin that judged Jesus guilty and brought him to the cross. The interesting thing is that Jesus never protested or sought to justify himself. He was silent in the face of his accusers. This facet of his passion and death leads to a great lesson for our lives and a great blessing for our hearts.

Over and over again the Bible records the silence of God’s Lamb in the presence of his accusers. We read in Matthew 26 concerning Jesus’ middle-of-the night trial at the palace of the Jewish high priest, Caiaphas: “The high priest arose, and said unto him, Answerest thou nothing? what is it which these witness against thee? But Jesus held his peace . . .” (vv. 62–63; see also Mark 14:60–61). This is amazing, especially given that the witnesses hurling charges against Jesus were giving false testimony (Matt. 26:59–61).

Now let me say that when we talk about the silence of Jesus during his passion, we are not saying that he never uttered one word at any point in any of his trials. In Matthew 26 the high priest finally said, “I adjure thee by the living God, that thou tell us whether thou be the Christ, the Son of God. Jesus saith unto him, Thou hast said . . .” (vv. 63–64).

What Caiaphas did here was to put Jesus under oath before God, and so he was obliged to answer. Jesus could not and did not deny who he is. But this was not an act of self-defense or self-justification in the face of false witnesses. It was simply the truth. So the point is still made that the Lord Jesus offered no explanation for his actions or the charges made against him.

We see a similar reaction in John 18:33 when Pilate asked Jesus during their private conversation, “Art thou the King of the Jews?” Jesus answered Pilate with a question of his own because Pilate needed to see the truth. So the Roman governor pressed on: “Art thou a king then?” Jesus answered, “Thou sayest that I am a king” (v. 37). But notice again that there is nothing in the way of excuse or defense in this exchange. The fact is that Pilate was on trial in his questioning of Jesus, and Jesus wanted Pilate to realize that fact.

When it came to those who accused and blasphemed Jesus, the Bible records: “When he was accused of the chief priests and elders, he answered nothing. Then said Pilate unto him, Hearest thou not how many things they witness against thee? And he answered him to never a word; insomuch that the governor marvelled greatly” (Matt. 27:12–14; see also Mark 15:1–5).

Let me give you one more telling example of Jesus’ silence. After Pilate had finished examining Jesus and had made his decision against the truth, he compounded his sin by having the Lord scourged and beaten. But then the Jews scared Pilate by saying that Jesus deserved death because he had claimed to be the Son of God. In great fear, Pilate ran back into the judgment hall and asked Jesus, “Whence art thou?” (John 19:9). But the Bible says, “Jesus gave him no answer,” because he had nothing left to say to Pilate. This pandering Roman politician had already turned a blind eye to the truth.

When we read these Scriptures, we wonder why Jesus did not say something to vindicate himself. Again, it is the natural tendency of our human flesh to justify ourselves when we are guilty—and even more so when we are innocent and are being falsely accused. Why was the dear Savior so silent? I believe we find at least part of the answer in the great prophecy of Isaiah 53: “Surely he hath borne our griefs, and carried our sorrows: yet we did esteem him stricken, smitten of God and afflicted. But he was wounded for our transgressions, he was bruised for our iniquities: the chastisement of our peace was upon him; and with his stripes we are healed. All we like sheep have gone astray; we have turned every one to his own way; and the LORD hath laid on him the iniquity of us all” (vv. 4–6).

Going on to verse 10, we read: “Yet it pleased the LORD to bruise him; he hath put him to grief: when thou shalt make his soul an offering for sin, he shall see his seed, he shall prolong his days, and the pleasure of the LORD shall prosper in his hand.” The apostle Paul put it this way: “For he hath made him to be sin for us, who knew no sin; that we might be made the righteousness of God in him” (2 Cor. 5:21).

The Bible teaches us that when Jesus Christ took our sin, he took all of the punishment that goes with that sin. A part of that punishment is shame. Had Jesus defended himself and protested his innocence, he would have suffered no shame, and that would have left us guilty.

Jesus could not prove himself innocent and then die in our place the shameful death that we deserve. Thank God that Jesus was willing to be counted a sinner before God, that we might be counted as righteous before God!

Jesus held back any words that would have relieved him from the shame and blame of sin. He was not a sinner, but he took fully the sinner’s place.

And here’s another thought to consider. If Jesus had risen up in his own defense during his trials, I believe that he would have been so powerful and irrefutable in making his defense that no governor, high priest, or other legal authority on earth could have stood against him!

In other words, if Jesus had taken up his own defense with the intention of refuting his accusers and proving his innocence, he would have won! But we would have lost, and we would be lost for all eternity.

They accused Jesus of blasphemy, lying, sedition, and many other things, but the Savior answered not a word. This is the amazing silence of the Lamb.

This article is adapted from Jesus, Keep Me Near the Cross, edited by Nancy Guthrie.

The late Adrian Rogers was the pastor of the 27,000-member Bellevue Baptist Church in Memphis. He served three times as President of the Southern Baptist Convention and wrote many books. He also reached many people through his television and radio ministry, “Love Worth Finding.”

Why Mourning Can Be Good for Us

Mourning sin—past, present, and future—is the first step in seeking and celebrating the hope of divine grace.

The Triumph of Easter: A 6-Day Devotional for Families

There is no story more worthy of being retold in our families than the true account of Jesus's life, death, and resurrection.

It Wasn’t Just Jesus That Died on Good Friday

The death of Jesus was the end of the priesthood. There was simply no need for an imperfect priest once the perfect priest had come. 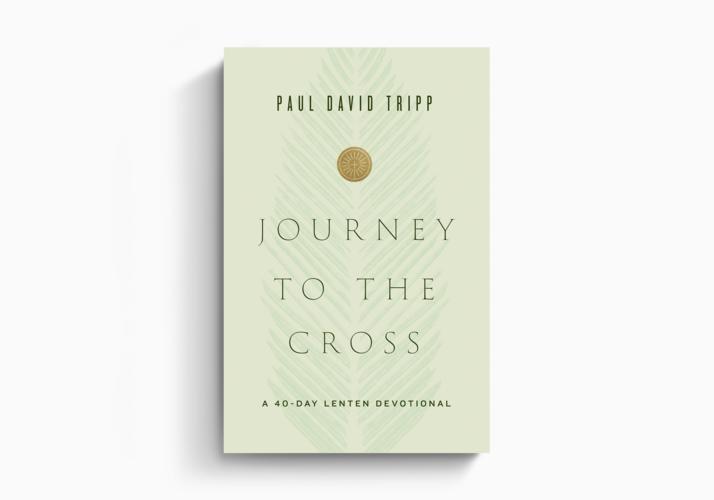