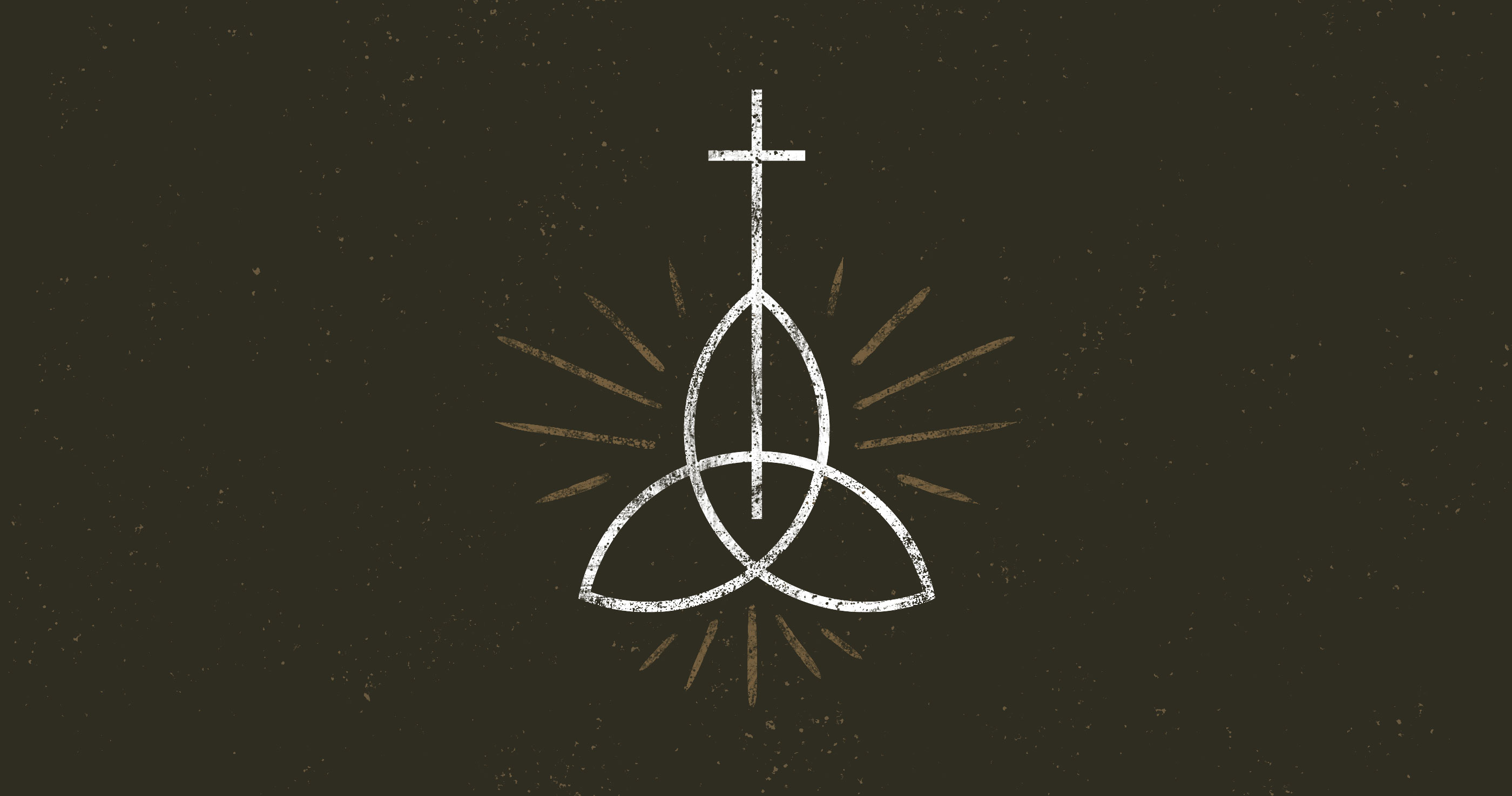 The Cry of Dereliction

Do you hear Jesus’s words? Can you see what is happening in the very heart of the Trinity? For the first time in history, the bond between Father and Son is torn apart. The Trinity is broken, in order that you and I might be saved. This might be the comment of an enthusiastic evangelist on Good Friday.

Or perhaps it’s the counselor trying to give hope amidst the wreckage of a broken marriage: Even the eternal love between the Father and Son was shattered for a while at the cross. There’s hope there for your own reconciliation.

You can probably multiply—or at least imagine—a host of similar cases. The “Cry of Dereliction,” as it’s come to be known (Jesus's quoting of Psalm 22), has been a source of wonder and speculation in equal measure. Ultimately, however well-meaning the above examples might be, and indeed however gracious the Lord may be in using our feeble efforts for his purposes, pastoral care and evangelistic zeal are not strengthened by poor theology. So what can and can’t we say about this cry?

First and foremost, we must not say that the Trinity was torn apart. We might list many reasons why “breaking the Trinity” takes us beyond the bounds of Biblical orthodoxy, but let’s focus on just three.

Firstly, to do so would be to undermine the Bible’s teaching on the unity of the Godhead. There are not three “gods” all closely related and deeply in love with one another who all act as one. There is one God (Deut. 6:4), and this one God is not made up of three “parts”—Father, Son, and Holy Spirit—as if you need to add all three together to get the whole. No, Father, Son, and Spirit are of one substance, all fully possessing the same divine essence. There is no possibility of separation because this one substance is indivisible. There is one God.

Then we must remember that God does not change (James 1:17, Mal. 3:6). To imply that one Friday afternoon in the first century the Trinity, for a few hours, became a “binity-plus-one” is, among other things, to make God a creature subject to the changes and constraints of time. But God does not exist as bound by time and space. God in himself does not move from Monday to Tuesday to Wednesday like we humans.

Finally, we might remember that God cannot suffer. He is impassible. While it’s not straightforward to proof-text this doctrine with a couple of Bible verses, it grows out of Scripture’s teaching on God’s unchangeable nature and his self-sufficiency. As Calvin puts it, “Surely God does not have blood, does not suffer, cannot be touched with hands.”1 Nothing can harm him, nothing can diminish his joy, nothing can tear him apart. Thank God!

Man of Sorrows, King of Glory

In Man of Sorrows, King of Glory, Jonty Rhodes uses the traditional categories of Jesus as prophet, priest, and king to enhance the Christian understanding of his life, death, burial, resurrection, and ascension.

So whatever “forsaken” means, it cannot be a supposed rupture in the Trinity. Where might we turn instead?

Whatever suffering he experiences is in this true human nature. Hebrews 2 makes just this point:

Since therefore the children share in flesh and blood, he himself likewise partook of the same things, that through death he might destroy the one who has the power of death, that is, the devil.—Heb. 2:14

He had to be made like his brothers in every respect, so that he might become a merciful and faithful high priest in the service of God, to make propitiation for the sins of the people. For because he himself has suffered when tempted, he is able to help those who are being tempted.—Heb. 2:17–18

But still we’ve said little positive about the meaning of the cry. Matthew sets the context:

Now from the sixth hour there was darkness over all the land until the ninth hour. And about the ninth hour Jesus cried out with a loud voice, saying, “Eli, Eli, lema sabachthani?” that is, “My God, my God, why have you forsaken me?”—Matt. 27:45–46

Jesus was crucified at the third hour, roughly 9 o’clock in the morning (Mark 15:25). But it was from the sixth hour to the ninth hour that darkness covered the land: midday to 3pm. The darkness lets us know that God has come in judgment. As Amos had foretold,

I will make the sun go down at noon and darken the earth in broad daylight.—Amos 8:9

Darkness is a sign of God’s judgment falling. Think of the ninth plague on Egypt. But darkness also conceals. There is a sense in which exactly what happened during those three hours will always be hidden from us. We cannot know—thank God—exactly what Christ experienced. It’s tempting to think that some doctrines are mysterious (like the Trinity, or how God’s sovereignty relates to human responsibility) and others are straightforward or easy to grasp (like the cross). But God shrouds the climax of Christ’s work in darkness, and while there is plenty we can and should affirm as to what transpired, we should never pretend we have completely fathomed it.

Can we at least carry a flickering candle into the darkness? Yes, I think so. What will we see? What will the cry reveal to us?

Not the separation of Christ’s humanity from his divinity. The incarnation is never reversed. Although in death Christ’s human body and soul are separated from each other, his body buried, and his soul in paradise, both remain united to his divine person.

Nor will we see a man losing faith. Here is a man who still knows his God: “My God, My God . . .” and knows his psalms. The cry is the first line of Psalm 22, and as is well known, the first half of that psalm describes the suffering of Christ in remarkable prophetic detail. But from verse 22 the tone changes. We move from darkness to light, from death to resurrection:

You have rescued me from the horns of the wild oxen!
I will tell of your name to my brothers;
in the midst of the congregation I will praise you.—Ps. 22:21–22

Surely Jesus has not lost faith even as he cries out in the darkness. He knows he will not be utterly abandoned, that resurrection and joy will follow.

There is no tearing apart of the Trinity, but rather God the Son suffering in the flesh.

Some are content to leave matters here. Christ is acknowledging in anguish that he will not be spared death, all the while trusting that resurrection will come. But I think we might tiptoe a little further. The Puritan Thomas Goodwin is a faithful guide and representative of many in the Reformed tradition. Goodwin explains that as coming under the curse means (in part) being cut off from all comfort from God, this is what Christ must have experienced. It is not that God stopped supporting Jesus, still less loving him. How could he not be delighted in his Son at the climax of his work (John 10:17)? Rather “only in respect of joy and comfort in and from God’s face” was Christ cut off.2

Christ bore the wrath of God at sin in his soul and body. During this time he stood in dual relationship to God. As Son, he knew by faith that God delighted in him—as indeed God continued to do. But as mediator, standing in our place, he knew God’s wrath at sin. Here is Goodwin one final time:

Christ’s confidence that God was “for him” as Son and faithful servant, and that God was “against him” as substitute and representative (surety), were both expressed in that one cry: “My God, My God, why have you forsaken me?” The cry doesn’t tell us everything about the atonement or what Jesus suffered, but it does reassure us that he has gone into a darkness we will never face.

Jonty Rhodes is the author of Man of Sorrows, King of Glory: What the Humiliation and Exaltation of Jesus Mean for Us.

Jonty Rhodes is minister of Christ Church Central Leeds, a congregation of the International Presbyterian Church in Leeds, United Kingdom. He has spent the last ten years planting churches in England and is the author of Covenants Made Simple. Jonty is married to Georgina, and they have four children.

5 Myths about the Trinity

The doctrine of the Trinity is for everybody who is saved by Jesus.

4 Questions about the Trinity

According to the entire witness of Holy Scripture, the Father, the Son, and the Holy Spirit are not three gods. Nor are they some confederation of the one God with lesser gods. These three are the one God.

Does Scripture Teach that Jesus Is Fully God?

One of the most debated, and at times perplexing, aspects of belief in the Trinity is the question “Does Scripture actually teach that Jesus is fully God?”