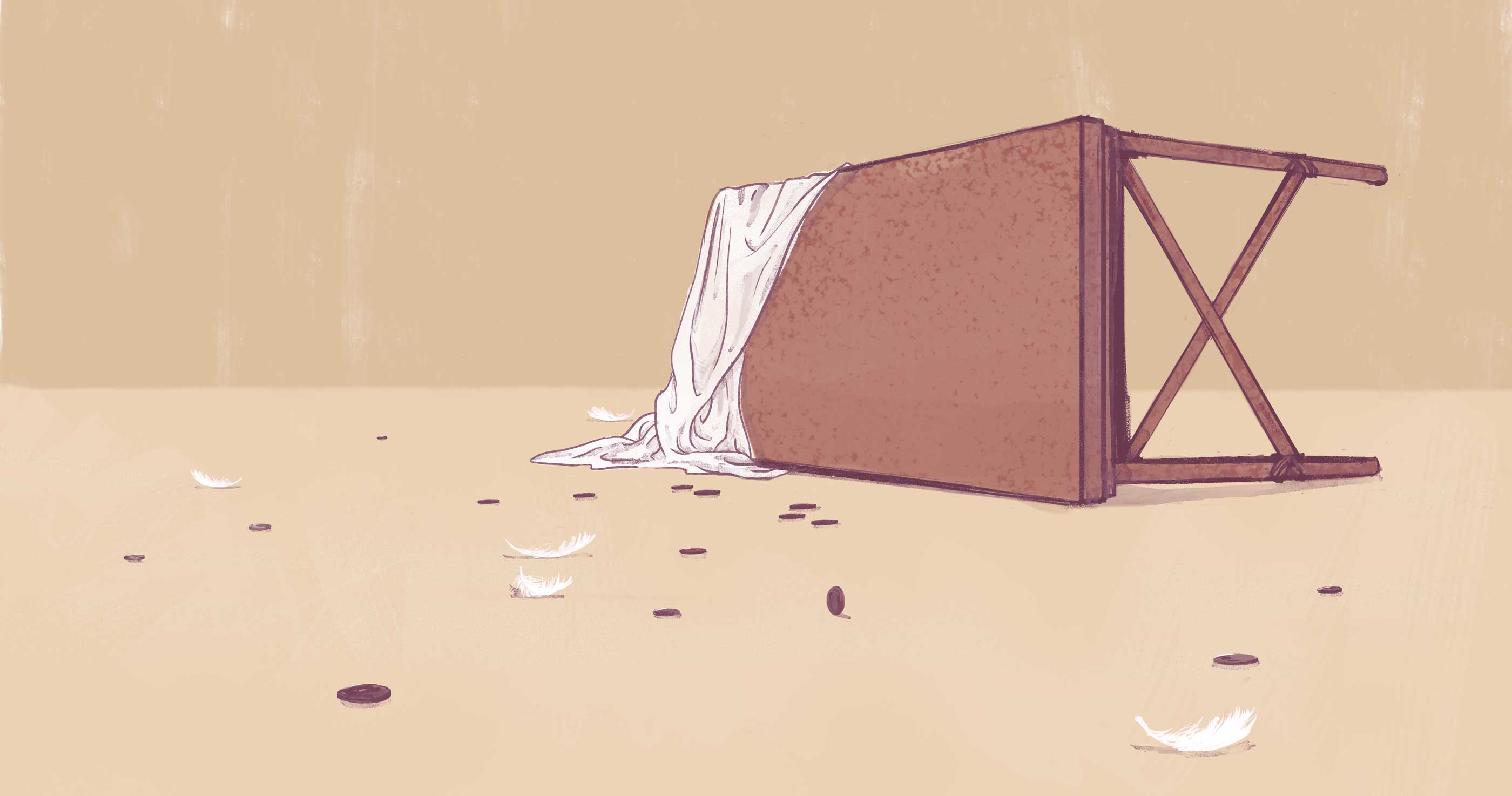 Writing of the incarnate Son of God, John tells us that the Son is “at the Father’s side . . . [because] he has made [the Father] known” (John 1:18). In every respect, the life and death of Jesus make the Father known. It follows that when Jesus is angry, he makes known to us the anger of the Father. When Jesus is angry, he is right to be angry; the cause of his anger is right, and he expresses his anger rightly.

In a most moving essay, “On the Emotional Life of Our Lord,” the late-nineteenth- and early-twentieth-century Christian scholar B. B. Warfield writes about the anger of Jesus. He points out that to be moral means to be moved to disapproval of evil. So:

the emotions of indignation and anger belong . . . to the very self-expression of a moral being as such and cannot be lacking to him in the presence of wrong.1

That is to say, if a being is to be moral, he must show anger at wrongdoing. Anger at evil is the necessary corollary of love for good. As Warfield puts it, “Jesus’ anger is not merely the seamy side of his pity; it is the righteous reaction of his moral sense in the presence of evil.” For “he who loves men must needs hate with a burning hatred all that does wrong to human beings.”2

Following are three of the most conspicuous examples in which the anger of Jesus makes known to us the anger of the Father.

1. Jesus Is Angry at Hard-Heartedness

In Mark 3:1–5 a man with a shriveled hand is in the synagogue with Jesus. Far from showing compassion for this poor man, some of those present see it as an opportunity to trap Jesus, if he heals him on the Sabbath. Jesus confronts them. And then we read that “he looked around at them with anger, grieved at their hardness of heart” (3:5). Before he heals this desperate man, the hardness of the human heart moves Jesus to hot anger. He is very angry at those whose hardness closes their hearts toward this man in need. His anger is the necessary expression of his love for this suffering man.

2. Jesus Is Angry When His Father’s Honor Is Impugned

In John 2:13–17 Jesus cleanses the temple near the start of his ministry, a small-scale episode (it would seem) of the higher-profile cleansing of the temple near the end (Matt. 21:12–16 and the parallels in Mark and Luke). In both the cleansing recorded by John near the start of his ministry and the cleansing related by Matthew, Mark, and Luke near the end, Jesus is angry because of the way they are treating “my Father’s house” (John 2:16). In John 2:17, “zeal for your house will consume me” is the verse they later remember from Psalm 69. Here is a man consumed with a zealous anger to defend the honor of God his Father. When his Father is dishonored, he is angry. This anger, like the anger of the Father when Jesus is dishonored, is not an expression of self-centered egotism. The anger arises because the well-being of the universe depends upon the Creator being honored; everything goes wrong when he is not.

Jesus is angry at hard hearts; he is angry when God is dishonored. Finally, he is angry in the face of sin and death.

3. Jesus Is Angry with Sin and Death

Twice in John 11, in verses 33 and 38, at the grave of Lazarus, we are told that Jesus is moved to anger. In our English translations we have “deeply moved in [his] spirit” (NIV, ESV, CSB) or “greatly disturbed” (NRSV). It is the same word used for the angry rebuke of the disciples to the woman who anoints Jesus in Mark 14:5. It is a word of anger.

What John tells us . . . is that Jesus approached the grave of Lazarus, in a state, not of uncontrollable grief, but of irrepressible anger. He did respond to the spectacle of human sorrow [abandoning itself to its unrestrained expression], with quiet, sympathetic tears: “Jesus wept” (verse 35). But the emotion which tore his breast and clamored for utterance was just rage.3

The anger of Jesus exegetes for us—makes known to us—the anger of the Father.

He raged “in his spirit” (John 11:33), in himself (11:38); his anger fell far short of its final outpouring in the last judgment; it is almost as if he had to bottle it up in inward restraint that “produced a profound agitation of his whole being” that showed itself in tears.4 Twice we are told this.

Twice this strong expression, “deeply moved,” is used. He hates death. He hates the sin that brought death into the world. When we hear of some ugly, untimely death, are we not angry? Jesus is furious at death and at the one who holds the power of death, that is, the devil (Heb. 2:14). Death is ugly. Death is unnatural. Death exercises what Calvin describes as a “violent tyranny” over the human race. And against death, the Lord Jesus burns with rage.

It is death that is the object of his wrath, and behind death him who has the power of death, and whom he has come into the world to destroy (1 Jn. 3:8). Tears of sympathy may fill his eyes, but this is incidental. His soul is held by rage; and he advances to the tomb, in Calvin’s words again, “as a champion who prepares for conflict.”5

What John does for us [in this particular statement] is to uncover to us the heart of Jesus, as he wins for us our salvation. Not in cold unconcern, but in flaming wrath against the foe, Jesus smites on our behalf. He has not only saved us from the evils which oppress us; he has felt for and with us in our oppression, and under the impulse of these feelings has wrought out our redemption.6

In a footnote, Warfield cites John Hutchison: Jesus “was gazing into ‘the skeleton face of the world,’ and tracing everywhere the reign of death. The whole earth to him was but ‘the valley of the shadow of death,’ and in these tears which were shed in his presence, he saw that ‘Ocean of Time, whose waters of deep woe, / Are brackish with the salt of human tears.’ (Shelley).”7

This article is adapted from The Heart of Anger: How the Bible Transforms Anger in Our Understanding and Experience by Christopher Ash and Steve Midgley.

How to Embrace Your Emotions without Being Ruled by Them

Emotions can seem as unpredictable as the wind—apparently beyond your control. But we don’t have to live at the mercy of our emotions. 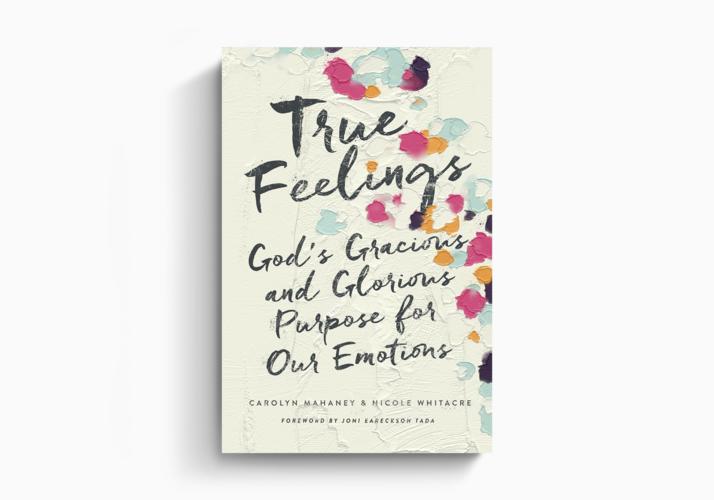 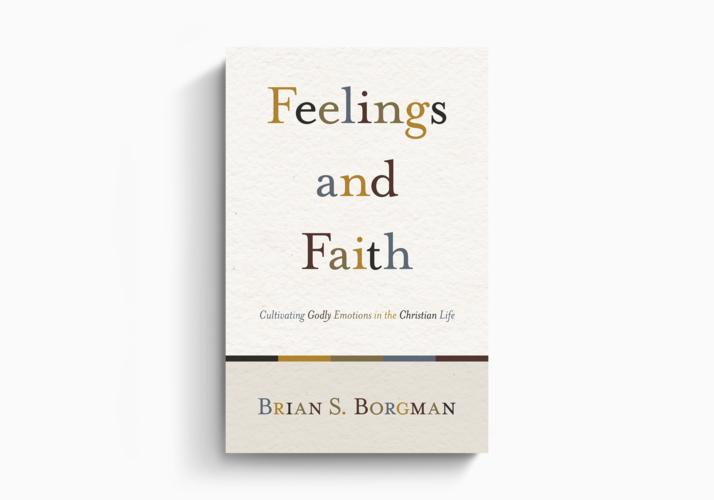