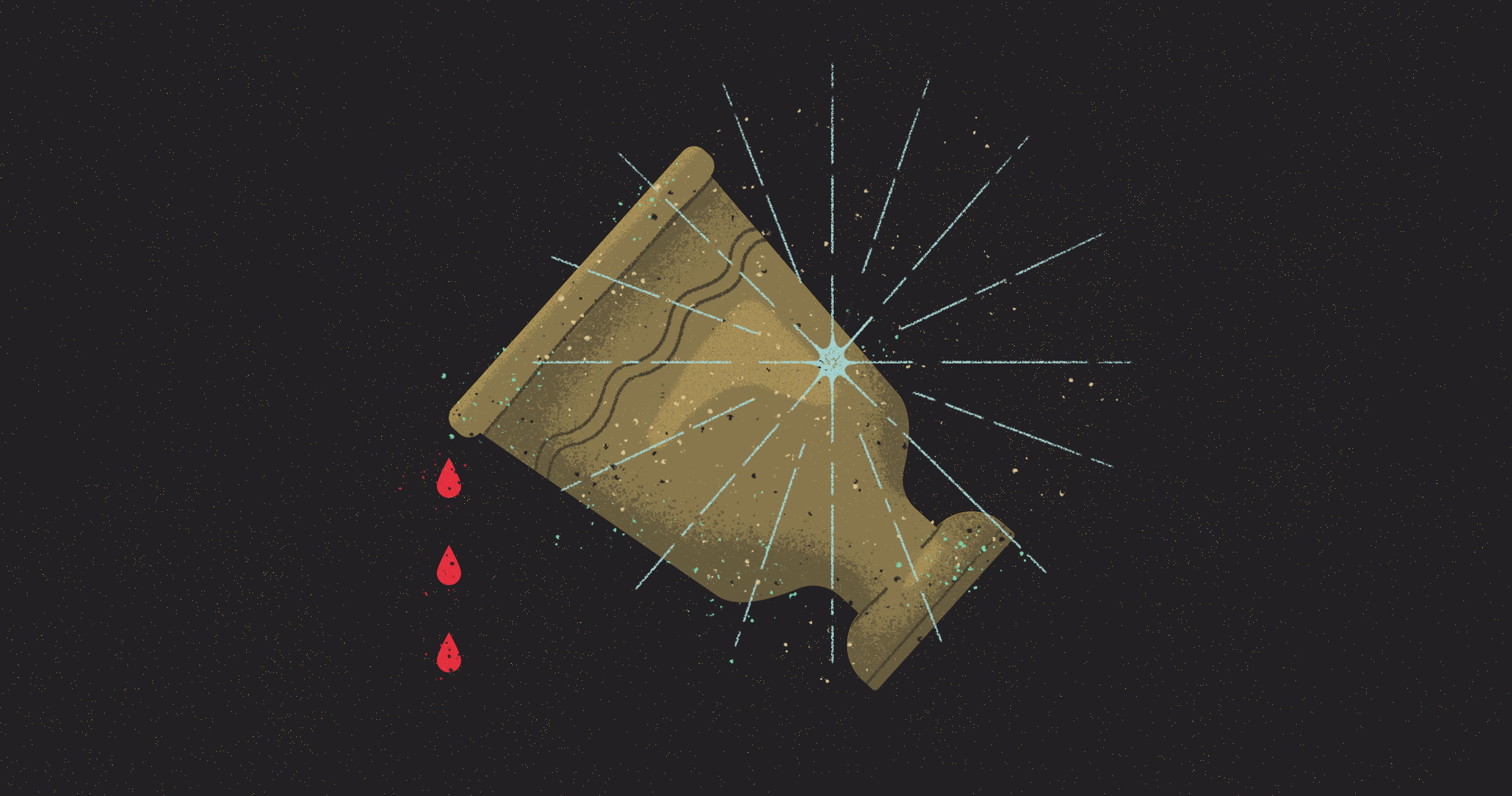 14And the Word became flesh and dwelt among us, and we have seen his glory, glory as of the only Son from the Father, full of grace and truth.

In the Beginning Was the Word

Could there be a more profound opening to a book than the one to John’s Gospel? One could search the great ideas of mankind and probe the ponderings of the philosophers and the poetry of the artists and find no idea higher than God, nor a more concise—yet expressive—statement about him, than the one John makes at the beginning of his Gospel. John profoundly links his Gospel to the creation account in Genesis 1 with the words “In the beginning” (John 1:1a) before launching into the world’s most economical articulation of the everlasting relationship between God the Father and God the Son.

The first statement of John’s Gospel is a bomb of meaning that goes off without warning, erupting suddenly, and the sublime and inexpressible, the infinite and unsearchable, the personal and ineffable reality of God comes exploding onto the consciousness of John’s audience in the words of John 1:1–5. Here John proclaims the Word as God, through whom the world was made, in whom is life, and who is unquenchable light.

Having asserted that the Word was in the beginning (v. 1a), John differentiates the Word from God by saying, “and the Word was with God” (v. 1b), before identifying the Word as God with the final phrase of verse 1, “and the Word was God.” Behold the mystery of the Trinity: within the one God are three persons sharing one nature forever. The Word was with God and the Word was God. Something so beautiful and glorious, so complex and simple, must be admired. John is like a man holding out a diamond to a viewer who, after the initial awe-inspiring presentation, begins to turn the stone so that all its facets might be admired from various angles. In verse 2, he restates what he said in verse 1: “He was in the beginning with God.”

The Word is the communication of the Father. He is the rational force of Fatherly fulsomeness overflowing in infinite goodness. That Word was no impersonal force but a full person, alongside the Father at the principial moment of all things. The Word was both with God and was God. Was and with. What God was, the Word was. The Word was God, and the Word was with God. Coequal, indistinguishable, yet distinct.1

John declares the mystery of the Trinity in the fewest words possible. Could more be stated with less? These two verses, John 1:1–2, invite us to contemplation and meditation. We must repeat these statements until they are etched on our minds, then ponder them, read about them, and respond to them by worshiping the incomparable God these words describe.

John has chosen to use a philosophically loaded term, logos, in these references to the “Word.” John ministered in Ephesus, so his audience probably would have been at least vaguely familiar with the use of the term in Greek philosophical discussion. There were probably also some ethnic Jews in John’s audience who might have been aware of the use of “word” (Aramaic memra) in various Jewish traditions. Two factors, however, are most significant for understanding what John meant when he chose to use logos, “the Word,” as a way of referring to Jesus: first, the use of “word” in the OT; and second, the way John fills out the meaning of the term through his descriptions of Jesus in this Gospel. In other words, if we want to understand what John means by referring to Jesus as “the Word,” we should not allow our thoughts to be controlled by Greek philosophy or Jewish tradition but by the OT and John’s own Gospel.

John has invoked the creation account in Genesis 1 with the opening phrase of John 1:1, so when he continues in verse 3 with the statement, “All things were made through him, and without him was not any thing made that was made,” it would seem that he has in mind the way God spoke creation into existence in Genesis 1. John seems to indicate that God created by speaking, and that Jesus was the Word through whom God made the world.

When John writes that “without him was not any thing made that was made” (John 1:3b), he asserts that God the Father through the Son is responsible for all that is. Nothing has slithered into the world apart from the sovereign purpose of the world’s Creator (cf. Isa. 45:7). John asserts without equivocation or qualification: all was made through Jesus; without Jesus nothing was made.

The Word was in the beginning (John 1:1–2). Through the Word the Father created (v. 3). And the power of animation that makes created things alive was in the Word, as John puts it in verse 4: “In him was life, and the life was the light of men.” Life was in Jesus. That life is the source of any light leading to any perception by any man. John here asserts that creation and life came from God’s direct activity in Christ.

God created through the Son, without whom nothing could exist (v. 3). Life was in the Son, and light comes from this life (v. 4). The origin of light (“Let there be light”) is the life force pulsating in the very Word of God, and darkness will neither overcome nor comprehend that Light. John writes in verse 5, “The light shines in the darkness, and the darkness has not overcome it.” The term rendered overcome could just as well be rendered “comprehended” (NASB) or “understood” (NIV 1984). The term bears both meanings, and John likely employs it as a double meaning: the darkness will not prevail over Jesus, and even if the forces of darkness kill him, he will rise. Life is in him. Nor can people in darkness understand that light unless they are born of God (1:13). Darkness can no more overcome the light than creation could overcome its Creator. And those who flee from the light to hide their evil in darkness (cf. 3:20) need the words of spirit and life (6:63) to give them the ability to see and enter the kingdom (3:3, 5).

John proclaims the Word as God, through whom the world was made, in whom is life, and who is unquenchable light.

The Word Tabernacled Among Us

Not until 1:14 is it specified that the Word is Jesus, as John writes, “The Word became flesh and dwelt among us.” In verse 1 John had articulated the divinity and eternality of the Word, as well as his distinguishability from the Father, and now he communicates the profundity of the incarnation. The Word became flesh. God became man. Jesus did not cease to be the Word when he became flesh. The phrase “dwelt among us” could just as well be rendered “tabernacled among us.” John uses the cognate verb for the noun used in Greek translations of the OT to refer to the tabernacle, thus recalling the way God dwelt in the tabernacle in the midst of the people of Israel, and this is the first of a number of ways John will communicate how Jesus fulfills the temple and its ministry.2

In the Son we have a perfect revelation of the Father. Would you give something so precious to people like us? Would you be as generous as God is in giving so much to those who deserve so little? Those who deserve wrath? God has given the light. The light has come into the world. The darkness will neither comprehend nor overcome that light: it killed him but could not keep him dead. How are you responding to the light? Rejecting or receiving?

Behold the glory of Jesus, only begotten of the Father, Word before all worlds, light that gives life, fullness of grace and truth, Son revealing his Father, to whom be glory forever.

This article is written by James M. Hamilton and is adapted from the ESV Expository Commentary: John–Acts (Volume 9). 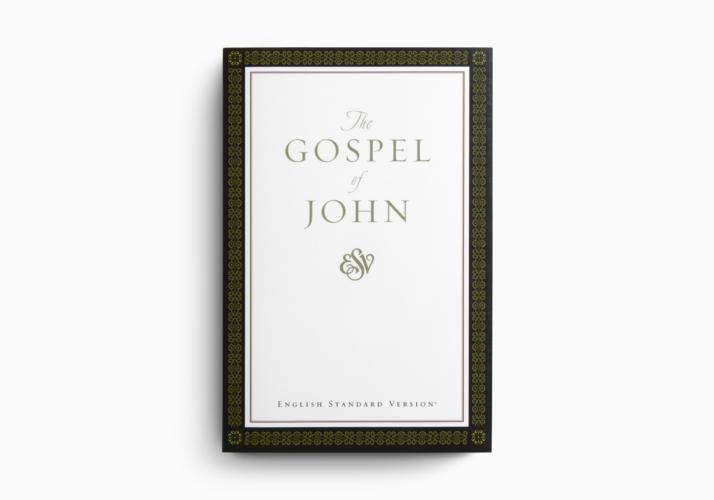 John
John Calvin
Crossway is a not-for-profit Christian ministry that exists solely for the purpose of proclaiming the gospel through publishing gospel-centered, Bible-centered content. Learn more or donate today at crossway.org/about.