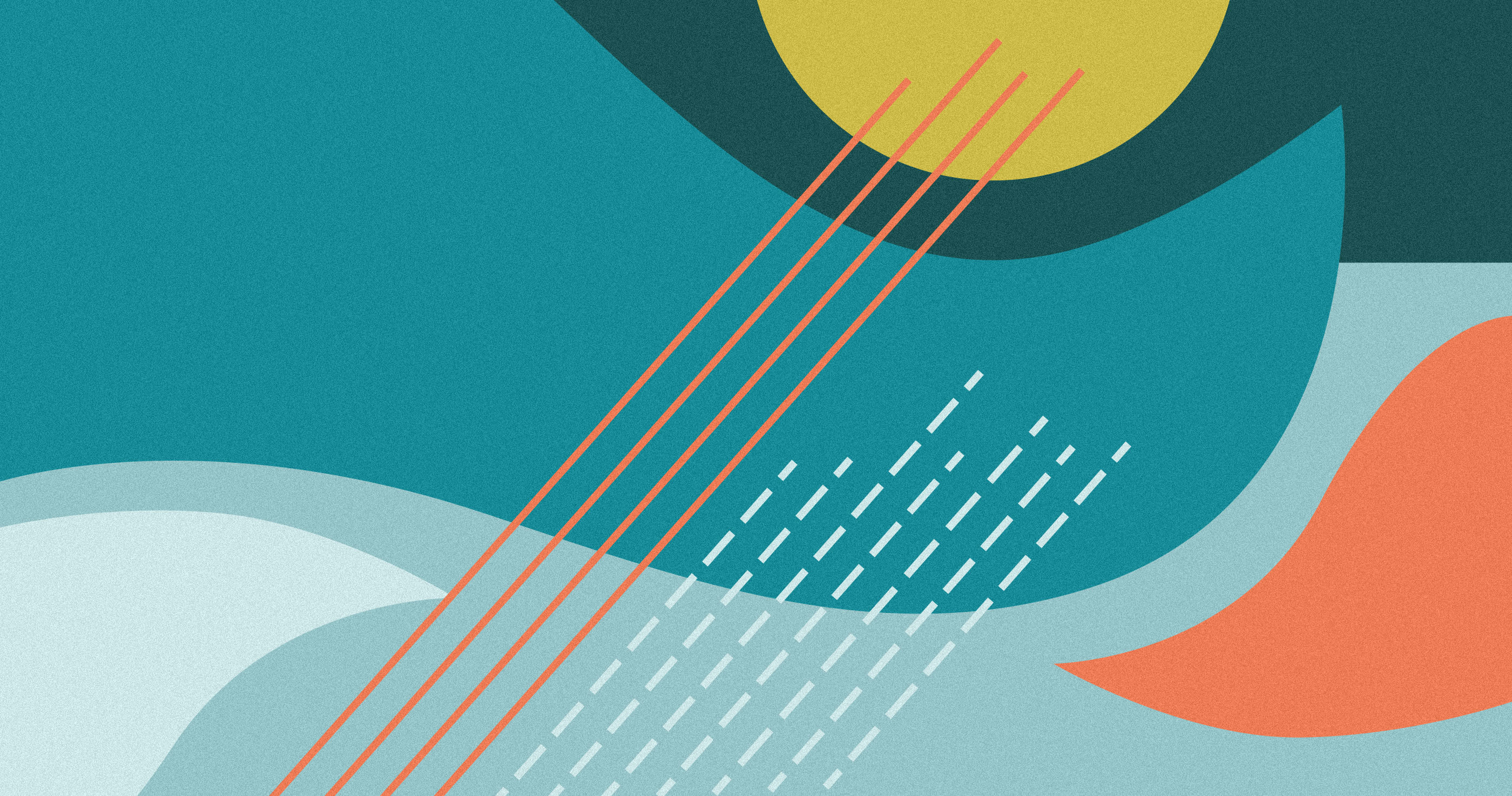 What is meant by God’s kingdom and by God’s will in the Lord's prayer? Let’s start with the word kingdom.

The Greek word for kingdom (basileia) occurs 162 times in the New Testament, so clearly this is an important biblical term. Although the Lord’s Prayer uses the word kingdom as a stand-alone term, it is obviously a reference to God’s kingdom. Any correct understanding of kingdom in the New Testament must emphasize that it is the kingdom of God. Matthew’s Gospel often calls it the “kingdom of heaven,” but that is simply a Jewish way of referring to the kingdom that belongs to the God who dwells in heaven. 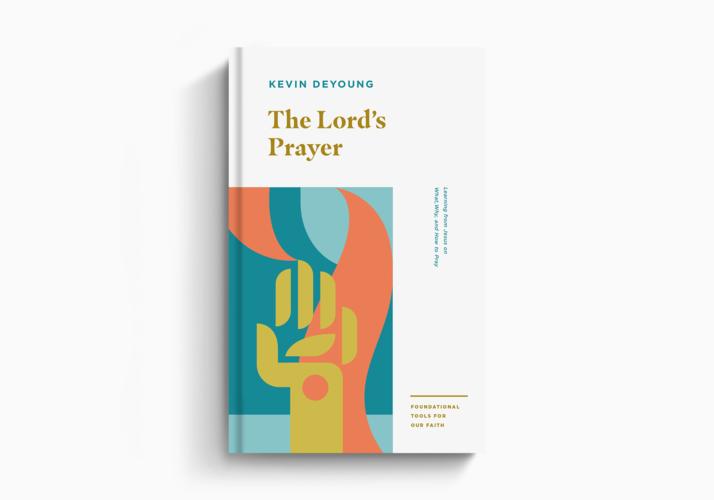 It is important to say something here about the relationship between the kingdom and the church. The two are not identical, but they cannot be separated, and in this life, they largely overlap. We can think of the church as a kind of outpost or embassy of the kingdom. An embassy is a national outpost situated in a foreign land. The embassy, while it wants to dwell peacefully in the foreign land, exists to advance the interests of another country. Likewise, the church—dwelling on earth in various nations around the world—exists to advance the interests of another kingdom, a heavenly kingdom. The church is the place where you expect to see the values and rules of the kingdom honored and upheld. The church is supposed to be the outpost of heaven on earth, which is why the poor should be provided for in the church and why the wicked and unbelieving don’t belong in the church. The reason the church in its mission is not about societal transformation is the same reason the church does not throw sinners into the lake of fire. The heaven on earth we seek to create is the heavenly reality among God’s people in the church. Yes, we believe in a heaven on earth, but not in a utopian scheme of transforming society writ large. History is littered with bad example after bad example of people who thought they could create heaven on earth. Human attempts to create heaven on earth have killed millions.

Life in the church looks forward to the eternal life where God’s redemptive presence will be enjoyed to the fullest. In the age to come, the kingdom will no longer be something that has broken in here or there; it will be all in. Think of the good news from Revelation 11:15, which you may have heard in Handel’s Messiah: “The kingdom of this world has become the kingdom of our Lord and of his Christ, and he shall reign forever and ever.” That’s what’s coming. The kingdom of God is the heavenly world breaking into our earthly existence. Do not think of the kingdom as a realm to which we are going as much as a reality that is coming to us. The kingdom reveals both the meaning and the goal of history. From this brief survey of redemptive history, we can see that the kingdom is both present and future.

Already and Not Yet

In one sense, Jesus is already King. In another sense, he needs to become King. The kingdom of God can refer to the age to come:

When the Son of Man comes in his glory, and all the angels with him, then he will sit on his glorious throne. Before him will be gathered all the nations, and he will separate people from one another as a shepherd separates the sheep from the goats. And he will place the sheep on his right, but the goats on the left. Then the King will say to those on his right, “Come, you who are blessed by my Father, inherit the kingdom prepared for you from the foundation of the world.” (Matt. 25:31–34)

That is the kingdom that is coming. It’s the age to come, the heavenly reward.

Similarly, in Matthew 13 Jesus says the Son of Man will send his angels to gather out of his kingdom all causes of sin and all lawbreakers and throw them into the fiery furnace. Then the righteous will shine like the sun in the kingdom of their Father (Matt. 13:41–43). That’s the age to come. And Jesus says in John 18:36 that his kingdom is not of this world, meaning that he did not come to rule from an earthly throne and that his kingdom had not yet been established.

Clearly, then, the kingdom, in one sense, is coming. But in another sense, it has come. We won’t make sense of the New Testament until we get these two things in our head: the kingdom has come and is coming. Jesus says, “If it is by the Spirit of God that I cast out demons, then the kingdom of God has come upon you” (Matt. 12:28). It’s present. In Luke 17:21 Jesus tells the Pharisees they are looking for the kingdom in the wrong ways by expecting an observable king like they had experienced in the past. “The kingdom of God,” Jesus says, “is in the midst of you.” Now that’s an audacious thing to say. If I went around saying, “The kingdom is right here in the midst of you because I’m here,” that would be a good reason for my church to make me their former senior pastor. But Jesus can say it because it’s true. Where he is, where the King is, there the kingdom has come. And Colossians 1:13 says believers have been delivered from the domain of darkness and transferred into the kingdom of God’s beloved Son.

The kingdom comes when and where the King is known.

The kingdom is already and not yet. It is present and future. It is like the sun in the sky breaking through the clouds, but the rain has not fully passed and the brightness of the sun is not now experienced as it will be in the future. This is why Jesus tells so many parables with the same basic point: the kingdom looks small and unimpressive right now, but at the end of the age it will be unbelievably grand and glorious.

I’m belaboring this point because “kingdom” is one of those areas over which well-meaning Christians can get their theology sideways. We need to be on our guard against certain misunderstandings about the kingdom of God. Think about the apostles in Acts 1. Jesus has risen from the dead and is about to ascend into heaven. And as the disciples are gathered together, they ask one final question of Jesus: “Lord, will you at this time restore the kingdom to Israel?” (1:6). They say there are no bad questions, but this one came close. The disciples show once again that they do not fully understand what sort of messiah Jesus is and what sort of kingdom he brings.

They also misunderstand the timing of the kingdom. They think it is all present (“at this time”), when it is present and future. That is why the Acts passage concludes, “This Jesus, who was taken up from you into heaven, will come in the same way as you saw him go into heaven” (1:11). They misunderstand the domain of the kingdom. They are still thinking of a national kingdom for Israel, when Jesus is talking about a universal kingdom. Membership in this dominion is not by ethnic heritage or geography. You enter by faith and repentance, and it is available and extended to all who will enter by faith and repentance. This is why Jesus again corrects their thinking in Acts 1:8, saying in effect, “It’s too small a thing for me to restore an earthly kingdom to Israel. You will be my witnesses in Jerusalem and Judea, in Samaria, and to the ends of the earth.” This is not a kingdom for Israel; it is a universal kingdom.

Most fundamentally, they misunderstood the nature of the kingdom. They thought it was political and earthly, when it was spiritual and heavenly. All throughout the Gospels, people were expecting Jesus to marshal an army, throw off the Romans, and establish a literal and obvious throne. But the good news of the kingdom would not be good news to Gentiles in Ephesus or Rome if it were a message about an earthly throne in Jerusalem. No, it’s about a universal, heavenly, spiritual kingdom. The violent tried to take the kingdom of heaven by force (Matt. 11:12), but Jesus said, no one can see the kingdom unless he is born again (John 3:3). Over and over, he’s correcting their misunderstanding about the nature of the kingdom. “You are thinking that this comes by earthly means; it doesn’t. It comes by the Spirit of God.”

We cannot bring about the kingdom by elections or education or humanitarian good works or environmental stewardship or by the cultivation of the arts. This is where we must not be confused. Yes, kingdom values should infiltrate our politics. Kingdom living should make a difference in our communities. But let us not misunderstand the nature of the kingdom. The kingdom does not advance when trees are planted, or unemployment lowered, or beautiful art is created, or elections go one way or another. Those may all be important things. They may reflect certain values of the kingdom. But the kingdom comes when and where the King is known. When Jesus is loved and worshiped and believed upon, there the kingdom of God is in the midst of you.

It’s not to the government, nor to any king or pope or any other ruler, but rather to the church that the keys of the kingdom of God are given.

When we think about the message of the Bible, we should never lose sight of God's kingdom, or his reign over his people, and ultimately his reign over the entire universe. 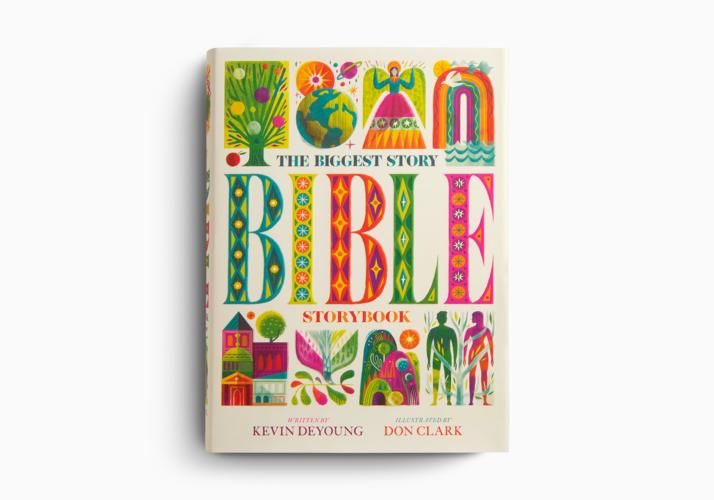