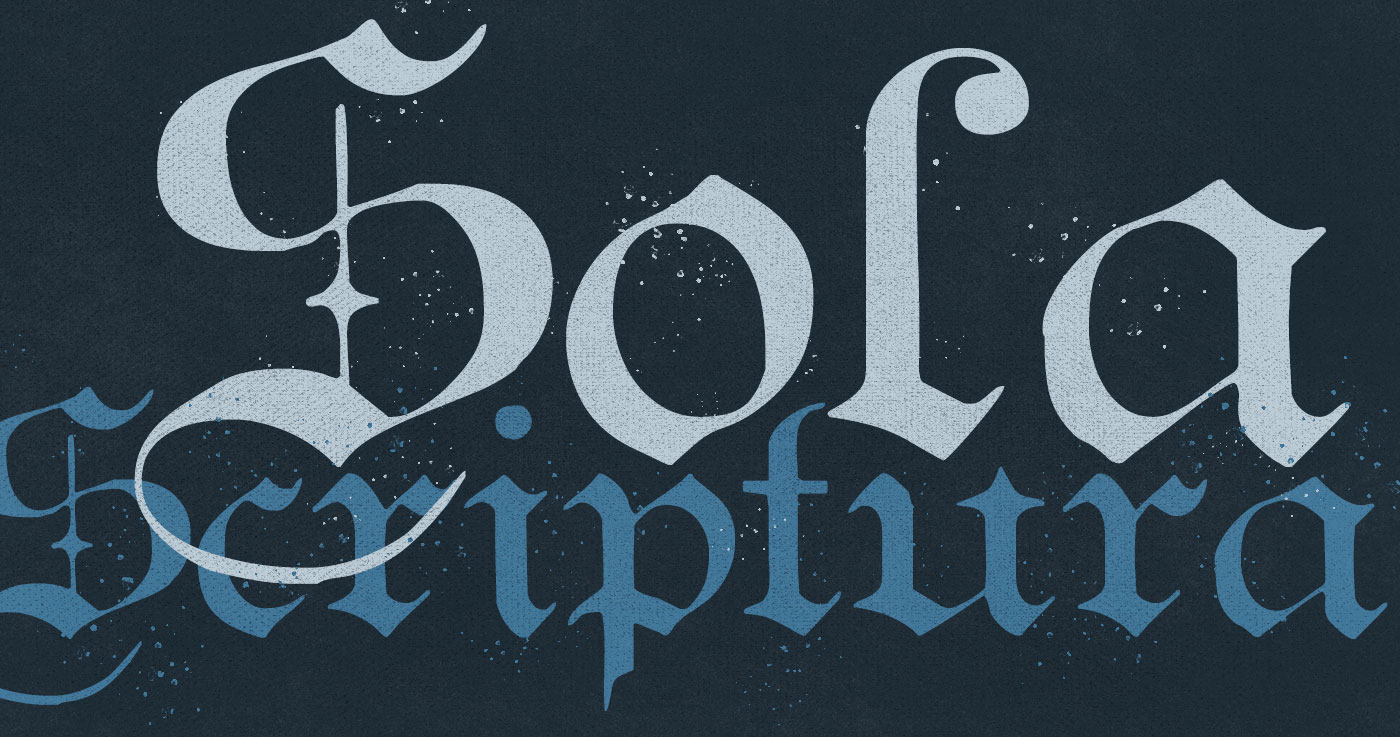 What Did Luther Really Believe about Scriptural Authority?

Martin Luther’s commitment to the final authority of Scripture, an authority by which all other authorities are to be judged, is clear from the earliest years of his teaching and writing ministry.

Within a year of publishing both his Disputation against Scholastic Theology (September 1517) and his Ninety-Five Theses against the Power of Indulgences (October 1517), Luther was summoned to an interview with Tommaso de Vio, or Cardinal Cajetan (1469–1534), following the Diet of Augsburg in October 1518. When Cajetan challenged him on the basis of the church’s teaching, Luther insisted, “The truth of Scripture comes first. After that is accepted one may determine whether the words of men can be accepted as true.”1

It is clear that Luther was not dismissing the authority of “the words of men” but rather submitting them to what he regarded as a higher authority, “the truth of Scripture.” Throughout his ministry Luther would cite the fathers and the creeds and even some decisions of the early church councils in support of his teaching, but he did not consider them decisive. Yet they were also more than merely illustrative. Insofar as they faithfully expressed the teaching of Scripture, they were to be regarded as authoritative. Scripture was not the only authority but rather the final authority.

That this is what Luther meant by the slogan sola Scriptura was made even clearer a few years later when, in the wake of Leo X’s (r. 1513–1521) threat of excommunication, he wrote An Assertion of All the Articles (1520):

I do not want to throw out all those more learned [than I], but Scripture alone to reign, and not to interpret it by my own spirit or the spirit of any man, but I want to understand it by itself and its spirit.2

This is one of the very first occurrences of the phrase sola Scriptura from the pen of a Reformer. Luther wrote again in these terms in his preface to Melanchthon’s notes on Romans in 1522, though this time he put the phrase in the mouth of Melanchthon:

You say, “scripture alone must be read without commentaries.” You say this correctly about the commentaries of Origen, Jerome, and Thomas. They wrote commentaries in which they handed down their own ideas rather than Pauline or Christian ones. Let no one call your annotations a commentary [in that sense] but only an index for reading Scripture and knowing Christ, on account that up to this point no one has offered a commentary which surpasses it.3

It is clear that Luther was familiar with the expression and the conviction underlying it from the earliest years of the Reformation. But once again, it is important not to import a modern notion of biblical proof texts into Luther’s approach to the place of Scripture in theology and church practice. He did not simply support his assertions with a string of biblical references. True, like theologians in all centuries, Luther was not averse to citing dicta probanta (i.e., proof texts). The express words of Scripture were decisive. He was more than willing to argue the precise meaning of a particular text—his debate with Zwingli at Marburg in 1529 over Jesus’s statement “This is my body” (Matt. 26:26) is sufficient evidence of that.4 Earlier, in 1525, he had written on the same subject and insisted that the plain words of Scripture must stand:

This then is our basis. Where Holy Scripture is the ground of faith we are not to deviate from the words as they stand nor from the order in which they stand, unless an express article of faith compels a different interpretation or order. For else, what would happen to the Bible?5

But Luther would also tease out the meaning of a text, using the arguments of those who had gone before him and his own reasoning to lay bare the significance and consequences of what the Bible teaches. He recognized other subsidiary and contingent authorities, not alongside but under the rule of Scripture, which remained his final authority. These other authorities included not only the church fathers but also a number of significant medieval theologians.

Luther recognized other subsidiary and contingent authorities, not alongside but under the rule of Scripture.

The Role of Human Reason

He also recognized that reasoning from and about the text of Scripture was a critical element in the entire process. Proper inferences from what is said in Scripture, always subject to testing against the biblical text itself, appear throughout Luther’s writings. His willingness to reason from the Scriptures (following the example of Paul in Acts 17:2) is evident as early as the famous statement made at the Diet of Worms in May 1521:6

Unless I am convinced by the testimony of the Scriptures or by evident reason—for I can believe neither pope nor councils alone, as it is clear that they have erred repeatedly and contradicted themselves—I consider myself conquered by the Scriptures adduced by me and my conscience is captive to the Word of God.7

So for Luther, Scripture itself remained the final authority, but this did not eliminate all appeal to the fathers, the creeds, and the decisions of the church. Reading Scripture is a fellowship activity in which the voices of those who have read before us need to be heard attentively.

The individualism of later centuries is only anachronistically read into Luther’s appeal to sola Scriptura. Neither did the final authority of Scripture do away with all need for applying human reason to the meaning of the text. Luther could certainly make use of logic in constructing a theological argument from time to time (especially when arguing with the Swiss), and his stand at Worms did after all include the phrase “or by evident reason.”8

But, critically, both an appeal to the fathers and the application of reason could be questioned on the basis of the plain reading of the text of Scripture. Scripture alone must reign. Our consciences are not captive to any other authority than the Word of God.

This article is adapted from a chapter entitled "Sola Scriptura" by Mark D. Thomson in Reformation Theology: A Systematic Summary, edited by Matthew Barrett.

Mark D. Thompson (DPhil, University of Oxford) is the principal of Moore Theological College in Sydney, Australia, where he has been teaching Christian doctrine for thirty years. He is the chair of the Sydney Diocesan Doctrine Commission and a member of the GAFCON Theological Resource Group. He is the author of A Clear and Present Word. Mark is married to Kathryn, and they have four daughters.

Martin Luther and the Power of Preaching

As the Word is preached, the Christian is torn down by the law and built up in the gospel.

Keep It Simple Stupid: Martin Luther on the Christian Life

Martin Luther saw clearly that the Christian life is actually distinguished not by elaborate complexity but by its beautiful, simple, accessible Christ.