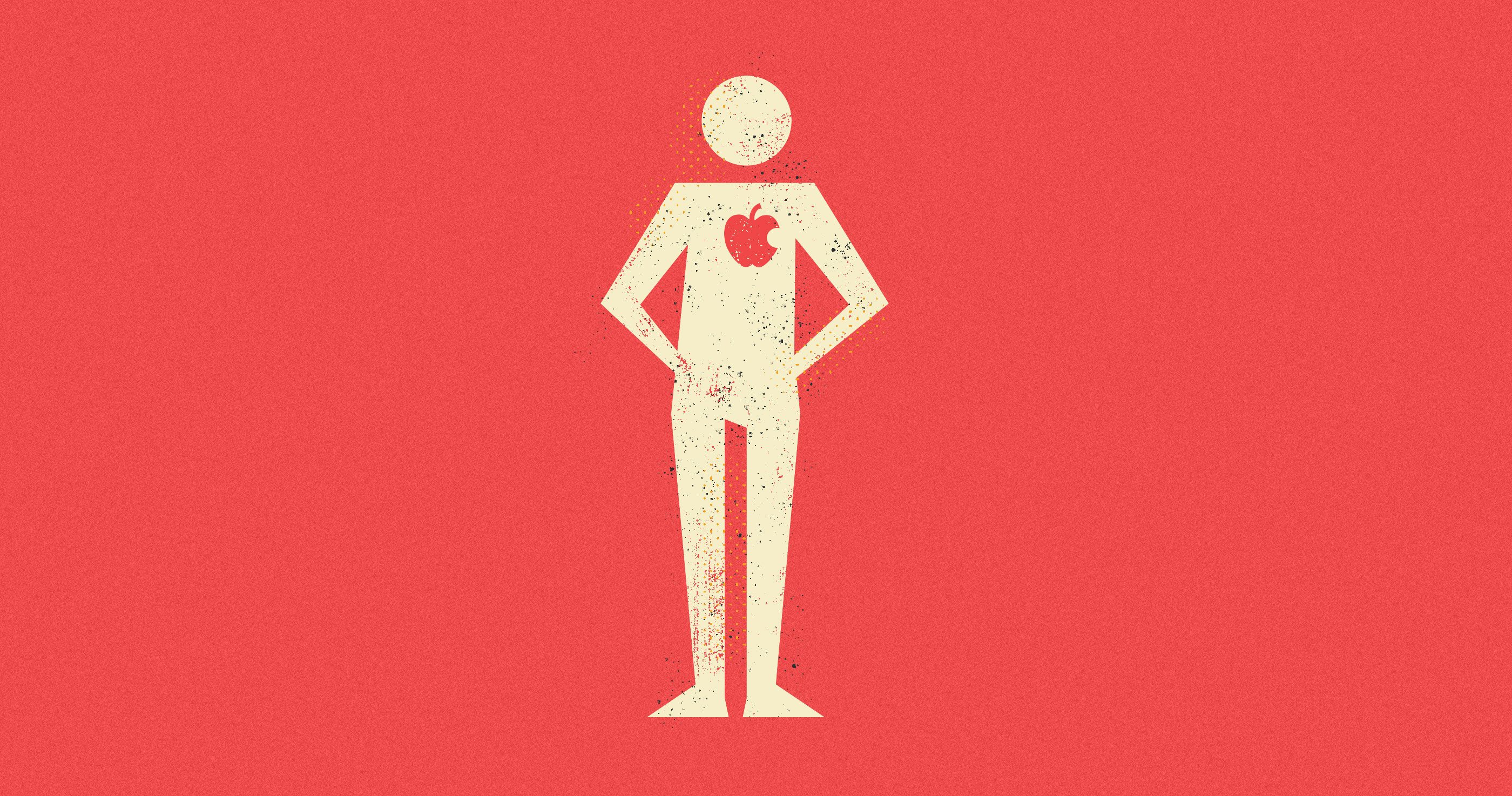 The Mess We’re In

Self-help, or more pointedly, helping ourselves, is what got us into the mess we’re in today.

The idea emerged long ago, before ever there was illness, hunger, or need. The idea of autonomy was attractively packaged and skillfully marketed to our first parents with assurances that such autonomy awaited a simple action and would yield a dramatic “upgrade” in terms of status and ability: Human 2.0, if you will. What could possibly go wrong?

The trap was sprung and we have been vainly trying to realize that autonomy ever since, in part by convincing ourselves that it is attainable “if only” we meet this or that condition, or acquire this or that asset, product, or particular success. The preservation or restoration of health represents a significant aspect of that quest. If the visionary technocrats are to be taken literally, eternal life is just around the corner—a promise with a vaguely familiar ring, not to be taken seriously.

It is no small irony that Adam and Eve’s effort to improve upon perfection threw them and us all, as their descendants, from a state of perfect health into a form of progressive death for which healing has been ever needed and sought, but which has proved elusive, and of course in the end, futile. That such healing proves elusive reflects the terms upon which we insist on obtaining it as well as the forms in which we demand it be delivered. We seek healing as if we have the power (and right) to obtain it, whereas in fact it is our very weakness and lack of valid claim to such a cure which are defining characteristics of our illness. It is akin to taking “the hair of the dog that bit you,”1 as if the cause of the curse could somehow provide the cure.

The provision for and the terms of our healing—spiritual and physical—are dictated by God himself.

Our original parents’ perfect dependence upon God rendered them less consciously aware of that dependence, perhaps, than we might be able to appreciate. But that perfect dependence was perfectly met by an all-sufficient Creator. Just as we are (relatively) unaware of the need for food and clothing when we have an adequate and uninterrupted supply of both, so must Adam and Eve have had no need to question the provision of their Creator. Yet they did, and they put that question in the form of a grasping demand which ushered in need, sorrow, and sickness and separated them from the Supplier of their needs in a manner which they found powerless to reverse.

God immediately promised an eventual and full reversal of the effects of that “aboriginal catastrophe,” a provision summarily rejected by Cain even while Adam, Eve, and Abel embraced it. Cain, though provided with very personalized guidance, refused that counsel also, even though it was delivered by God himself. Cain’s idea of self-help was to kill his brother.

The provision for and the terms of our healing—spiritual and physical—are dictated by God himself, and we find ourselves to be by nature at odds with those terms and often resentful of them. It turns out that our efforts to obtain healing of any sort tend toward various kinds of “self-help.” In the religious sense, it may explain various rituals both within and outside of a Christian context which are intended to force nature (and nature’s God) to conform to our demands and expectations. That is one definition of magic. It is not that magic in its various forms represents mere self-sufficiency so much as it attempts to compel nature against itself to do our bidding. In a Christian context, the health emphasis in the “Prosperity Gospel” demands that God do our bidding, and yet blames the sick person if healing is not forthcoming. Spiritual versions of this have also been advocated in overcoming sin, and in ways equally ill-informed from a biblical perspective.2

God does not ask us to heal ourselves, and the terms under which he grants healing are often quite other than what we might wish or imagine. My favorite example of healing offered under terms despised by the recipient is that of Naaman, the Syrian.3 When he was sent to Israel to obtain healing, and eventually directed to Elisha, he was disappointed. Naaman expected the prophet to perform a religious ritual, something that conformed to the supplicant’s expectations. When Elisha didn’t even bother to show himself, the general went off in great fury, and nearly missed out on what God was clearly willing to provide. Counseled by his own subordinates, he reconsidered and did as advised, and was in fact healed. But his healing came on God’s terms, terms that were initially rejected by Naaman. Of note, it is recorded by Luke, and on the authority of Jesus, that Naaman was the only leper healed during that time.4

This book presents 17th-century pastor Richard Baxter’s wise, gentle advice to comfort and strengthen all who struggle with depression or know someone who does.

Are we inclined to be somewhat like Naaman? I know that I have been at times, and I have observed others who reject what is available for that which is not. It is commonly said that “God works through means,” and those means are regularly at odds with our preferences, both in terms of timing and the actual form which those means take. Further, we may be given only glimpses, in this life, of the intended and final ends of those means.

James tells us plainly to “confess your sins to one another and pray for one another, that you may be healed. The prayer of a righteous person has great power as it is working.”5 Similarly, Paul gave Timothy rather mundane advice for managing what appears to have been a chronic condition.6 The crucial element here is to view healing as provided ultimately by God, with the terms and timing of his choosing. It may come through the counsel of friends and the care of physicians, but not without the action of God. King Asa, a relatively good king, we are told, refused to seek help from God, but only from physicians, and that appears to have been as ineffective as it was unfaithful.7

John Owen8 warned of the danger of seeking (and obtaining) healing from the burden of sin through any means other than those appointed by God. He says that we can, after a fashion, find a kind of peace, but not one of God’s making, but of our own construction.9 He says, “self-healers—that is, those who speak peace to themselves—are usually impatient; they will not wait; they do not attend to what God says, yet they expect to be healed.” He means, I believe, that in haste to find relief from the appropriate sense of guilt which sin brings, we are in danger of finding relief from the sense of sin without being delivered from the sin itself. He continues, “Don’t imagine that this sort of peace comes from God. It will be well with us10 when we are fully attentive to all God's commandments.11 God will justify us from our sins, but he will not justify even the smallest sin in us.”

So, self-help is, from a theological perspective, a bit of an oxymoron.12 It is our very self that needs healing, and it is the disease of our souls (our selves) that renders us unfit to provide that help to ourselves apart from outside intervention. Ironically, we are often guided to receive help from those we must acknowledge to be as flawed as we know ourselves to be. Yet, that is somehow part of God’s usual provision. Can he work without human intermediaries? Of course. Does he? Of course. Can he make a donkey speak? Of course. Is that his usual manner? Not in my experience. Rather, I find that he works through our obedience to his commands of exhortation and encouragement which point us to the bearing of one another’s burdens, visiting the sick, and offering and receiving prayers. These are some of the means God has ordained to the ends we seek, and we cannot neglect or despise those means if we expect to obtain those ends.

Michael S. Lundy (MD, Tulane University) is a practicing physician, board certified in adult and child psychiatry. He has practiced psychiatry in a variety of settings: academic, private, public, and governmental, domestically and abroad. He is an active member of All Saints Anglican Church (ACNA) in the Greater Atlanta area. He enjoys reading, writing, music, growing camellias, and watching wildlife.

The Problem with the Self-Help Movement

Sanctification demonstrates that right actions work their way out from the inside and not the other way around.

An Open Letter to Those Suffering from Depression

Although you feel hopeless and helpless, I want to assure you that there is hope and there is help.

Are we swimming in the mental and emotional universe of what God has told us our future is? 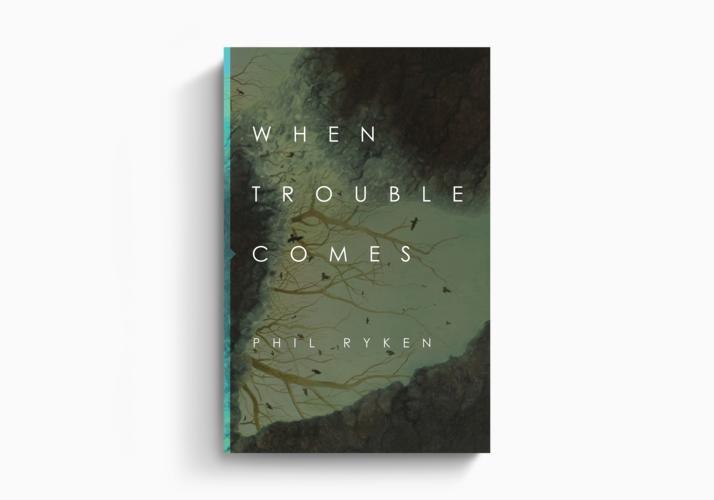