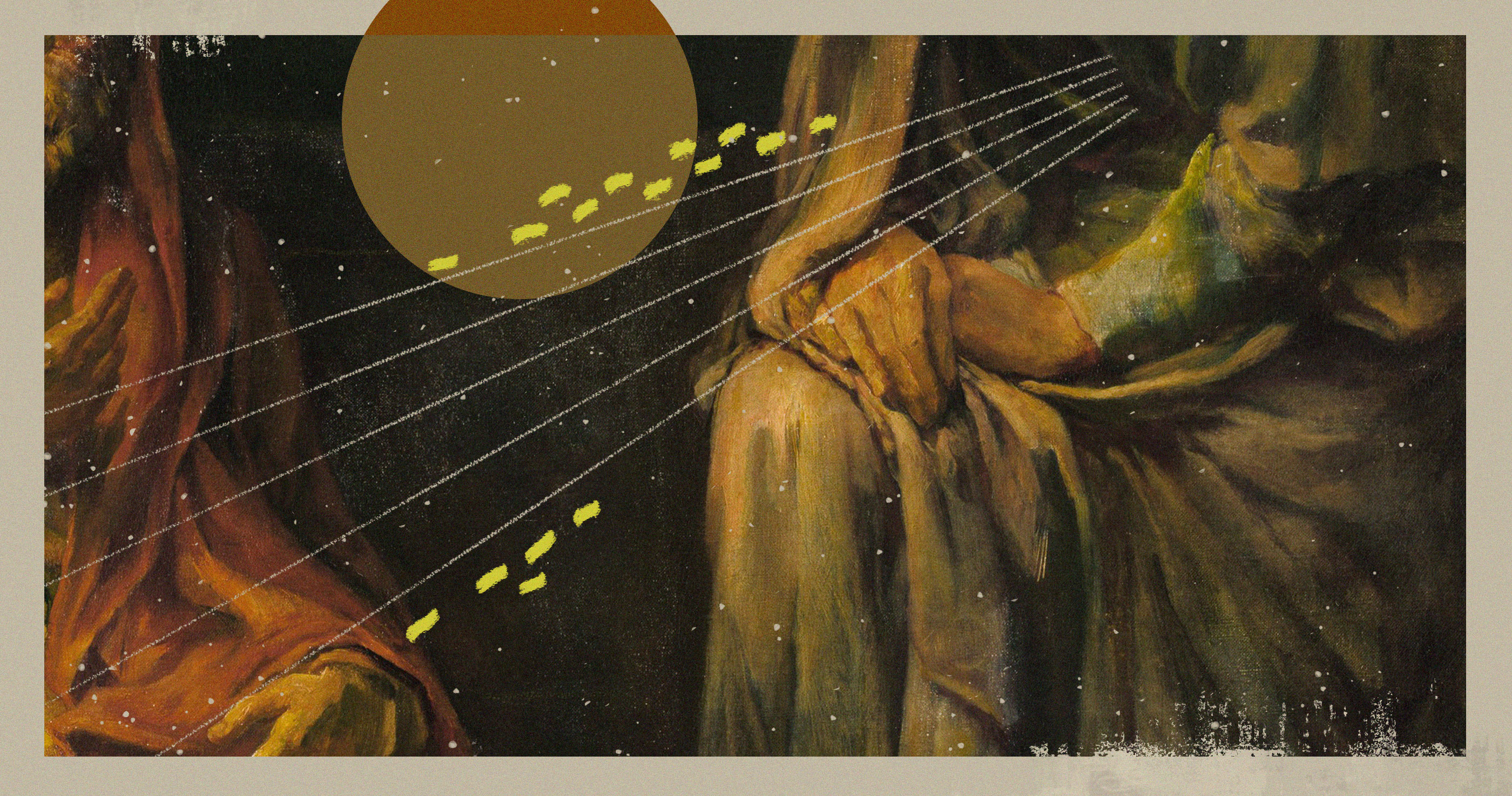 The Importance of Christ’s Humanity

One of the doctrines in the area of Christology that is difficult for some Christians to fully grasp is the permanent humanity of Christ. The impression often seems to be that the Son of God came down from heaven in incarnate form, spent three decades or so as a human, and then returned to heaven to revert back to his preincarnate state.

But this is Christological error, if not outright heresy. The Son of God clothed himself with humanity and will never unclothe himself. He became a man and always will be. This is the significance of the doctrine of Christ’s ascension: he went into heaven with the very body, reflecting his full humanity, that was raised out of the tomb. He is and always has been divine as well, of course. But his humanity, once taken on, will never end. In Christ, the Heidelberg Catechism says, “we have our own flesh in heaven” (Q. 49).

One implication of this truth of Christ’s permanent humanity is that when we see the feeling and passions and affections of the incarnate Christ toward sinners and sufferers as given to us in the four Gospels, we are seeing who Jesus is for us today. The Son has not retreated back into the disembodied divine state in which he existed before he took on flesh.

And that flesh that the Son took on was true, full, complete humanity. Indeed, Jesus was the most truly human person who has ever lived. Ancient heresies such as Eutychianism and Monophysitism viewed Jesus as a sort of blend between the human and the divine, a unique third kind of being somewhere in between God and man—heresies that were condemned at the fourth ecumenical council in Chalcedon (in modern-day Turkey) in AD 451. The Chalcedonian creed that came out of that council speaks of Jesus as “truly God and truly man” rather than a reduced blend of both. Whatever it means to be human (and to be human without sin), Jesus was and is. And emotions are an essential part of being human. Our emotions are diseased by the fall, of course, just as every part of fallen humanity is affected by the fall. But emotions are not themselves a result of the fall. Jesus experienced the full range of emotions that we do (Heb. 2:17; 4:15).1 As Calvin put it, “the Son of God having clothed himself with our flesh, of his own accord clothed himself also with human feelings, so that he did not differ at all from his brethren, sin only excepted.”2 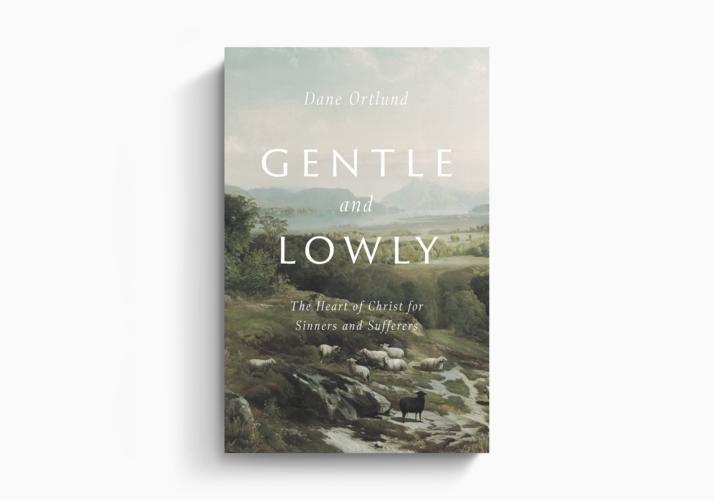 How does Jesus feel about his people amid all their sins and failures? This book takes readers into the depths of Christ’s very heart—a heart of tender love drawn to sinners and sufferers.

The Emotions of Jesus

The great Princeton theologian B. B. Warfield (1851–1921) wrote a famous essay in 1912 called “On the Emotional Life of Our Lord.” In it he explored what the Gospels reveal about Christ’s inner life, what Warfield calls his “emotional” life. Warfield did not mean what we often mean by the word emotional—imbalanced, reactionary, driven by our feelings in an unhealthy way. He simply is noticing what Jesus felt. And as he reflects on Christ’s emotions, Warfield notes repeatedly the way his emotions flow from his deepest heart.

What then do we see in the Gospels of the emotional life of Jesus? What does a godly emotional life look like? It is an inner life of perfect balance, proportion, and control, on the one hand; but also of extensive depth of feeling, on the other hand.

Warfield begins his study of specific emotions in the life of Christ this way:

The emotion which we should naturally expect to find most frequently attributed to that Jesus whose whole life was a mission of mercy, and whose ministry was so marked by deeds of beneficence that it was summed up in the memory of his followers as a going through the land “doing good” (Acts 11:38), is no doubt “compassion.” In point of fact, this is the emotion which is most frequently attributed to him.3

He then goes on to cite specific examples of Christ’s compassion. Throughout, he is trying to help us see that Jesus did not simply operate in deeds of compassion but actually felt the inner turmoils and roiling emotions of pity toward the unfortunate. When the blind and the lame and the afflicted appealed to Jesus, “his heart responded with a profound feeling of pity for them. His compassion fulfilled itself in the outward act; but what is emphasized by the term employed to express our Lord’s response is . . . the profound internal movement of his emotional nature.”4 Hearing the plea, for example, of two blind men for sight (Matt. 20:30–31) or that of the leper for cleansing (Mark 1:40), or simply seeing (without hearing any plea) a distressed widow (Luke 7:12), “set our Lord’s heart throbbing with pity.”5

In each of these instances Jesus is described as acting out of the same internal state (Matt. 20:34; Mark 1:41; Luke 7:13). The Greek word is splanchnizo, which is often rendered as “to have compassion.” But the word denotes more than passing pity; it refers to a depth of feeling in which your feelings and longings churn within you. The noun form of this verb means, most literally, one’s guts or intestines.

Whatever it means to be human (and to be human without sin), Jesus was and is. And emotions are an essential part of being human.

Seeing Jesus through His Compassion

Warfield is particularly insightful, however, on the implication of this compassion for how we understand who Jesus was and what his inner emotional life was actually like. Throughout his essay Warfield reflects on the fact that Jesus is the one perfect human ever to walk the face of the earth; how, then, are we to understand his emotional life, and an emotion such as compassion? What he helps us see is that Christ’s emotions outstrip our own in depth of feeling, because he was truly human (as opposed to a divine-human blend) and because he was a perfect human.

Perhaps an example would clarify. I remember walking the streets of Bangalore, India, a few years ago. I had just finished preaching at a church in town and was waiting for my ride to arrive. Immediately outside the church grounds was an older man, apparently homeless, sitting in a large cardboard box. His clothes were tattered and dirty. He was missing several teeth. And what was immediately most distressing was his hands. Most of his fingers were partially eaten away. It was clear they hadn’t been damaged by an injury but had simply been eaten away over time. He was a leper.

What happened in my heart in that moment? My fallen, prone-to-wander heart? Compassion. A little, anyway. But it was tepid compassion. The fall has ruined me, all of me, including my emotions. Fallen emotions not only sinfully overreact; they also sinfully underreact. Why was my heart so cool toward this miserable gentleman? Because I am a sinner.

That is what Jesus felt. Perfect, unfiltered compassion. What must that have been like, rising up within him? What would perfect pity look like, mediated not through a prophetic oracle as in the Old Testament but through an actual, real human? And what if that human were still a human, though now in heaven, and looked at each of us spiritual lepers with unfiltered compassion, an outflowing affection not limited by the sinful self-absorption that restricts our own compassion?

This article is adapted from Gentle and Lowly: The Heart of Christ for Sinners and Sufferers by Dane Ortlund.

What does Scripture say about God's disposition towards us as redeemed sinners? What does it mean that Jesus is "gentle and lowly in heart"?

The Most Accessible Person in the Universe

Jesus is lowly, he's accessible. You don't have to go through security to get to him. You just have to humble yourself.

Jesus proves that he is gentle and lowly through his actions throughout his life and the pages of the Gospels. 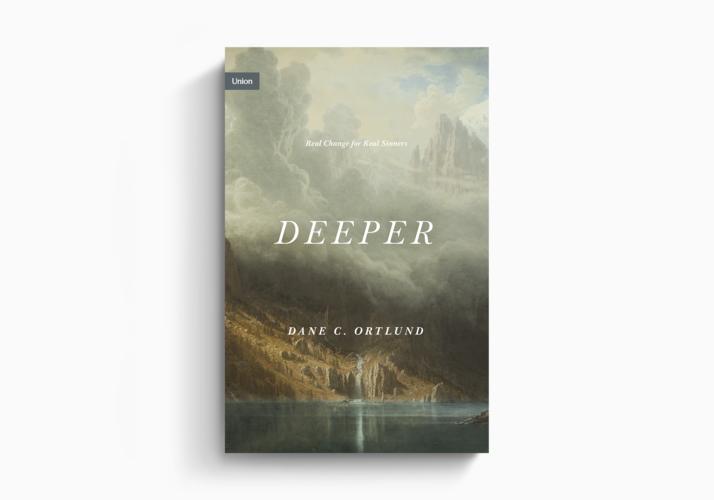 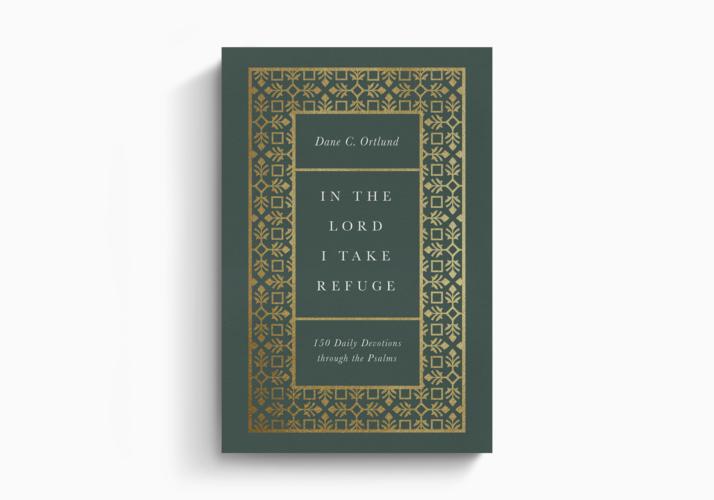 God the Son Incarnate
Stephen J. Wellum
Crossway is a not-for-profit Christian ministry that exists solely for the purpose of proclaiming the gospel through publishing gospel-centered, Bible-centered content. Learn more or donate today at crossway.org/about.