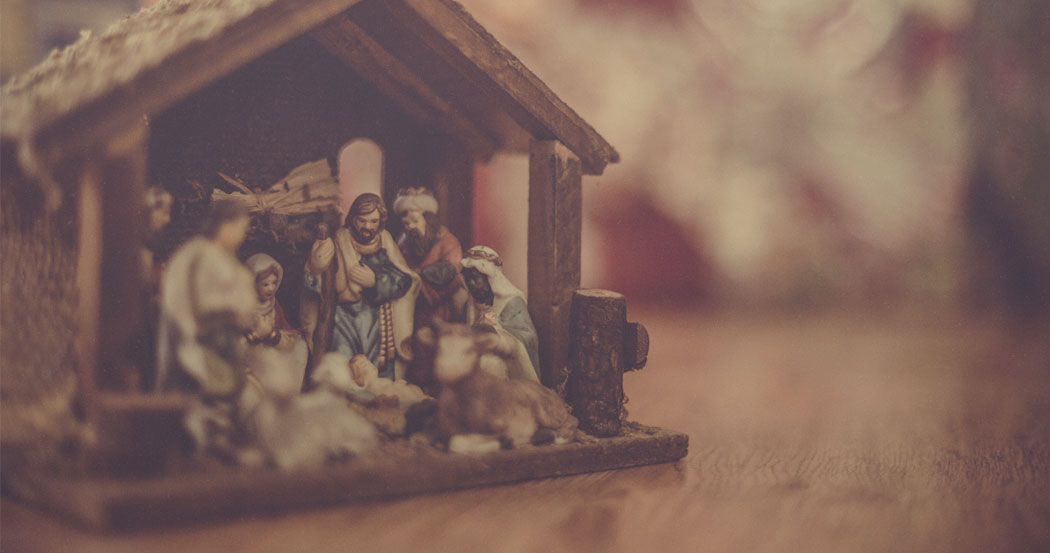 1. Jesus is the reason for the season.

The primary purpose for observing Christmas is remembering Jesus’s birth. At Christmas, we celebrate Jesus’s birthday, not the little drummer boy or Santa Claus!

2. Jesus preexisted with God in the beginning before the world began.

Jesus’s birth as a baby in a Bethlehem manger doesn’t mark the beginning of his existence. Rather, as John’s Gospel teaches explicitly (John 1:1, 14) and the other Gospels imply, Jesus took on human flesh in addition to existing eternally as part of the Godhead.

3. Jesus’s birth was the culmination of centuries of messianic expectations.

Jesus’s coming occurred in fulfillment of messianic expectations including his birthplace, virgin birth, and other details surrounding his advent. Later, during his earthly ministry and particularly in his death on the cross, Jesus fulfilled many more messianic patterns and predictions.

4. We should distinguish between cultural and biblical Christmas.

We must separate fact from fiction, and historic, biblical truths from mere Christmas traditions. This includes Santa Claus, presents, reindeer, Christmas trees, and other paraphernalia. Not that these customs are necessarily harmful or unhelpful but they are unhistorical. Jesus’s birth, however, isn’t a legend; it’s historical fact.

5. Jesus’s birth is part of a larger cluster of events that culminates in Jesus's death for our sins as God’s suffering servant.

Jesus wasn’t only born as a baby, he grew up as a young man who knew the Scriptures. Then, when he was about thirty years old, he began his public ministry, healing many, exorcising demons, raising the dead, and commanding the forces of nature. In keeping with his own predictions, he died, was buried, and after three days rose from the dead. While at Christmas we celebrate Jesus’s birth, we should remember that it is part of a life unlike any other that brought us salvation and forgiveness from sins.

While at Christmas we celebrate Jesus’s birth, we should remember that it is part of a life unlike any other that brought us salvation and forgiveness from sins.

6. Jesus, the Son of God, was conceived by the Holy Spirit in his mother Mary’s womb.

At the heart of Christmas is a biological and theological miracle that requires supernatural faith. Skeptics scoff at the notion of God conceiving a child in a virgin’s womb, calling it a biological impossibility and dismissing it as mere legend. Believers will recognize that only a sinless human being could save humans by dying for them, and that such a sinless human being could only be conceived by God himself.

7. There is no incarnation without the virgin birth.

Andrew Lincoln, in his book Born of a Virgin?, has argued that the virgin birth is unhistorical while asserting that the incarnation could still be true in a spiritual sense. This, however, is contrary to scriptural teaching, which keeps the virgin birth and the incarnation together as two sides of one and the same coin. Only a virgin birth allows Jesus to be the God-man who combines two natures—human and divine—into one person as the early church councils went on record as affirming.

8. Jesus’s birth was accompanied by rejection.

Herod tried to kill Jesus (Matt. 2:16). There was no place for Jesus in the inn (Luke 2:7). Even though the world was made through Jesus, the world didn’t recognize him (John 1:11). Many didn’t welcome the birth of the Christ child. The reason for this was primarily that Jesus threatened people’s self-interest. Sinful people love sin more than God and refuse to come to the light lest their sin be exposed (John 3:19–21).

9. Jesus came to make a second, spiritual birth possible for those who believe in him.

As Charles Wesley affirms in "Hark! The Herald Angels Sing," Jesus was “born to raise the sons of earth, born to give them second birth.” John writes, “But to all who did receive him, who believed in his name, he gave the right to become children of God, who were born, not of blood nor of the will of the flesh nor of the will of man, but of God” (1:12–13). Later, he tells the story of Nicodemus, whom Jesus told that he must be born again (3:3, 5). Anyone can be born again spiritually by repenting of his sin and placing his trust in Jesus. Those who don’t experience this second birth aren’t believers but Christians in name only (Rom. 8:9).

He left the glories of heaven to enter the world—a dark place—naked, vulnerable, and defenseless. He exposed himself to the human condition and took on “the likeness of sinful flesh” (Rom. 8:3). He became weak, humbled himself on a cross, and died for our sin (Phil. 2:5–8). That—not gaudy commercialism—is what Christmas is all about.