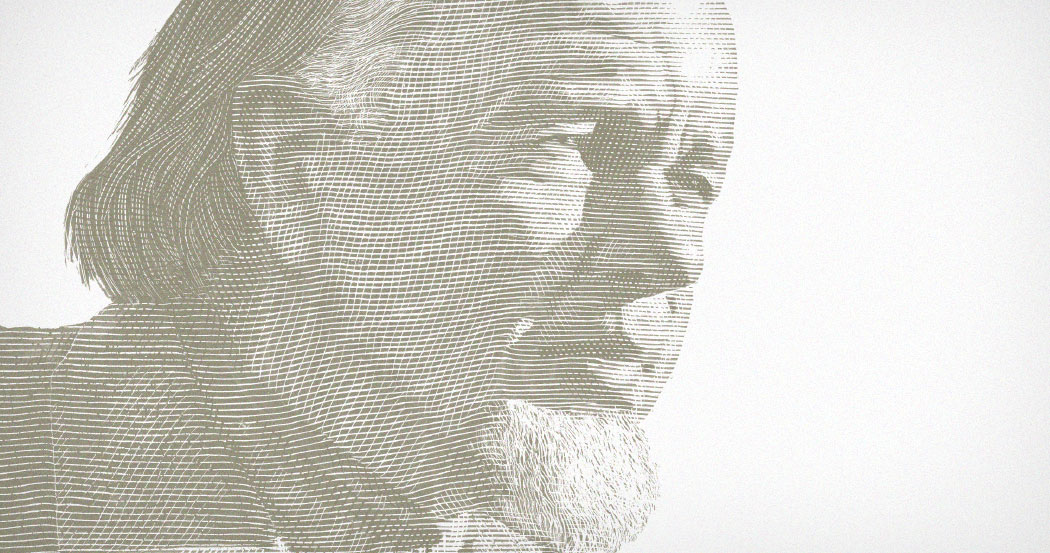 1. The Bible was central to his worldview.

Francis A. Schaeffer (1912-1984) became a Christian believer at the age of 17, after reading the Bible for the first time. As a bright teenager he had many questions about life and found the philosophy books did not help. The conviction that the Bible held basic answers for basic question would characterize his life and work. The slogan at l’Abri Fellowship was “I am not ashamed of the Gospel” (Romans 1:16). He defended the inerrancy of Scripture over against every spiritualizing hermeneutic.

2. He experienced deep spiritual crisis at one point in his life.

In the early 1950s, Francis experienced a deep, troubling spiritual crisis. While he had espoused and defended all the right doctrines, he found his spiritual life to have become dry. As a result he decided to revisit everything, from the basics on up.

He emerged with a new sense of the reality of Christian faith. He asked his wife Edith one day whether if all the passages in Scripture about the Holy spirit and prayer were removed whether it would make any difference in their lives. Deciding it would not, they resolved to develop a new dependency on the reality of God’s Spirit and the vitality of prayer.

3. He founded l’Abri based on a rich view of sanctification.

The community l’Abri, in the Swiss Alps, was founded in 1955. It was the fruit of the conviction that “God is there.” In his sermon series, followed by the book, True Spirituality, Francis developed his views on sanctification, centering on the reality and the power of Jesus Christ to lead us in his footsteps through three necessary stages: rejected, slain, raised. If you seek perfection or nothing, he said, you will get nothing every time. Instead, you can know substantial progress in the Christian life. This includes every area of human existence, social, psychological, the love of God till contentment and the love of neighbor without envy.

4. He believed in the dignity of all humans.

That mankind was made after God’s own image was central to the teachings of Francis Schaeffer. While fully aware of human sinfulness and brokenness, he nevertheless fiercely defended the nobility of humans, whether or not they were “little people” in the eyes or the world. He was sharply critical of B. F. Skinner’s operant conditioning, pointing us instead, Back to Freedom and Dignity (1972). He opposed abortion on demand, euthanasia, and infanticide, coauthoring Whatever Happened to the Human Race? (1983) with Surgeon General C. Everett Koop. What's more, he viewed the creative arts as a testimony to God’s image-bearers, even when they portrayed distortion and rebellion. Against the dilemma of mysticism or nihilism, Schaeffer offered human dignity.

A fundamental principle held by Francis Schaeffer, emphasized over and over again, was that “true truth” was tantamount, and yet was cold and cruel without love. “The local church or Christian group should be right, but it should also be beautiful,” he once said. He talked about orthodoxy complemented by orthopraxy. Anyone visiting l’Abri would soon discover this extraordinary balance.

A fundamental principle held by Francis Schaeffer, emphasized over and over again, was that “true truth” was tantamount, and yet was cold and cruel without love.

Schaeffer was passionate about the truth, and fiercely opposed to relativism in all its guises. Honest questions deserved honest answers, he averred. But both he personally, and the community generally, were bathed with grace and love. Each person, no matter how lost, counted as an object of God’s love. Such love is costly, requiring great sacrifice and risk.

6. He thought that the best apologetic method was presuppositional.

While never developing a step-by-step apologetic technique, Francis had an uncanny sense of the disconnect between what an unbeliever might profess and his or her deeply held convictions or practice. Believing every human being to know God (Romans 1:18-21), he understood that however bold their claims might be about meaninglessness or atheism, their lives betrayed a deeper awareness.

Presupposing God’s revelation to be unavoidable, and believing it impossible to navigate successfully as though God were not there, Schaeffer could probe until he found the place where a contradiction was manifest. He could then preach the gospel to a more receptive person.

7. He affirmed the goodness of creation.

One of Schaeffer’s principal diagnostic tools was identifying a split between what he called the lower storey and the upper storey. Inhabiting the lower were cold, hard facts—the world of mechanisms, the word of history. Inhabiting the upper storey were the irrational, the mystical, and the relative. Such dichotomies were characteristic of philosophy and culture. But they also characterized modern theology, both liberal and neo-orthodox. However, in Schaeffer's view, they suck the meaning out of the lower storey, God’s good creation.

In a famous conversation with Karl Barth, in 1950, Schaeffer apparently asked the great theologian if he believed God created the world. Barth answered that he did so in the first century AD. Schaeffer pointed outside and asked whether that included “this world,” the forest and the hillside. To which Barth answered, “This world does not matter.” To collapse the creation into the incarnation and then disparage the present world represented everything Schaeffer stood against.

8. He liked to trace the rise and decline of Western civilization.

Francis Schaeffer believed one could trace a line, from ancient Rome, through the Middle Ages, then the Reformation, the Enlightenment, and down to the present, which was one of a rise and fall. Similar to Gibbon, he believed the debacle unfolding before our eyes was the result of a cumulative process whereby the upper and lower storeys were increasingly disconnected. The decline is most clearly observed in the 19th and 20th centuries, where the “line of despair” is crossed, moving from the need for rationality to the possibility of the irrational. The book (and film) How Shall We Then Live? illustrates this historiography using music, art, philosophy, film, and theology. The ultimate result is brain-washing and treating people as machines.

Schaeffer on the Christian Life

Exploring the views of Francis Schaeffer on the Christian life, Edgar helps readers strive after the same kind of marriage of thought and life, of orthodoxy and love.

9. He applied the Christian message to all of life, including the arts, pollution, racism, affluence, and the destruction of life.

Francis Schaeffer applied the Christian message to many areas of life. The list is extensive. Particularly notable are his prescient views on ecology, where he criticized both the “pessimists” who blamed Genesis 1 on pollution and the “optimists” who were confident technology could save us (Pollution and the Death of Man, 1970).

He also addressed the issue of race in ways many evangelicals were not. He opposed reifying black folks and pleaded for others to treat all people as image-bearers. Schaeffer constantly opposed what he saw as the twin values of “personal peace and affluence,” asking instead for sacrificial involvement in social ills. And, as mentioned, he was a herald for the dignity of human life, opposing not only abortion and the like, but anything that reduced man to a machine.

Saving the best till last, most of us would affirm that Francis Schaeffer could have done very little without his devoted wife, Edith Seville Schaeffer (1914-2013). Born in China, Edith met Francis in Philadelphia, and encouraged him to attend seminary and then go into the ministry. Starting with children’s work, together the Schaeffers found themselves in Switzerland, opening their home to thousands of people who wandered up the mountain with their questions, issues, and needs.

They eventually had four children of their own, whom they raised in a most challenging setting. The queen of hospitality, Edith became just as involved with their guests as Francis. Mealtimes were the principal place for deep conversations. The day of prayer was inspired by Edith's tireless commitment to cultivating the presence of God. A considerable author herself, she, more than anyone, could convey the spirit of l’Abri in words. 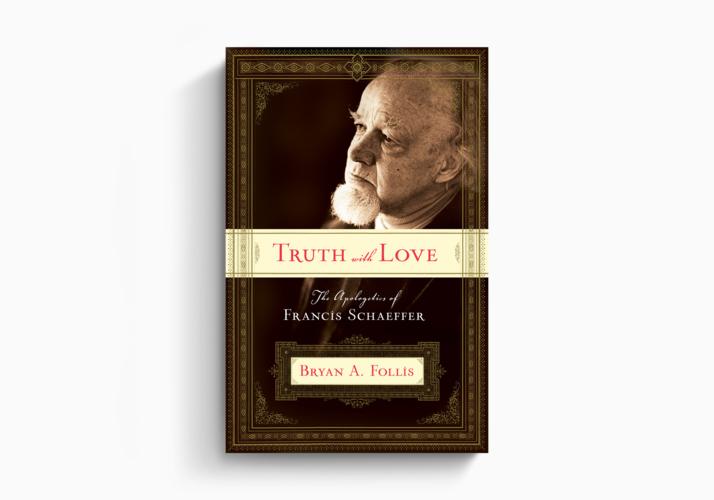 Truth with Love
Bryan A. Follis 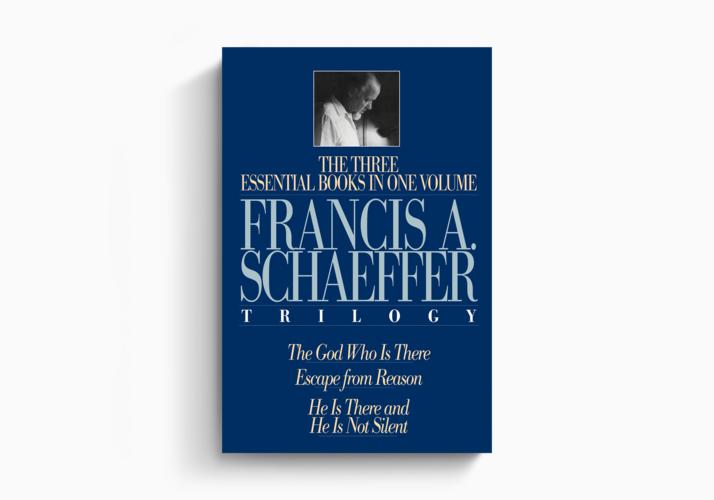