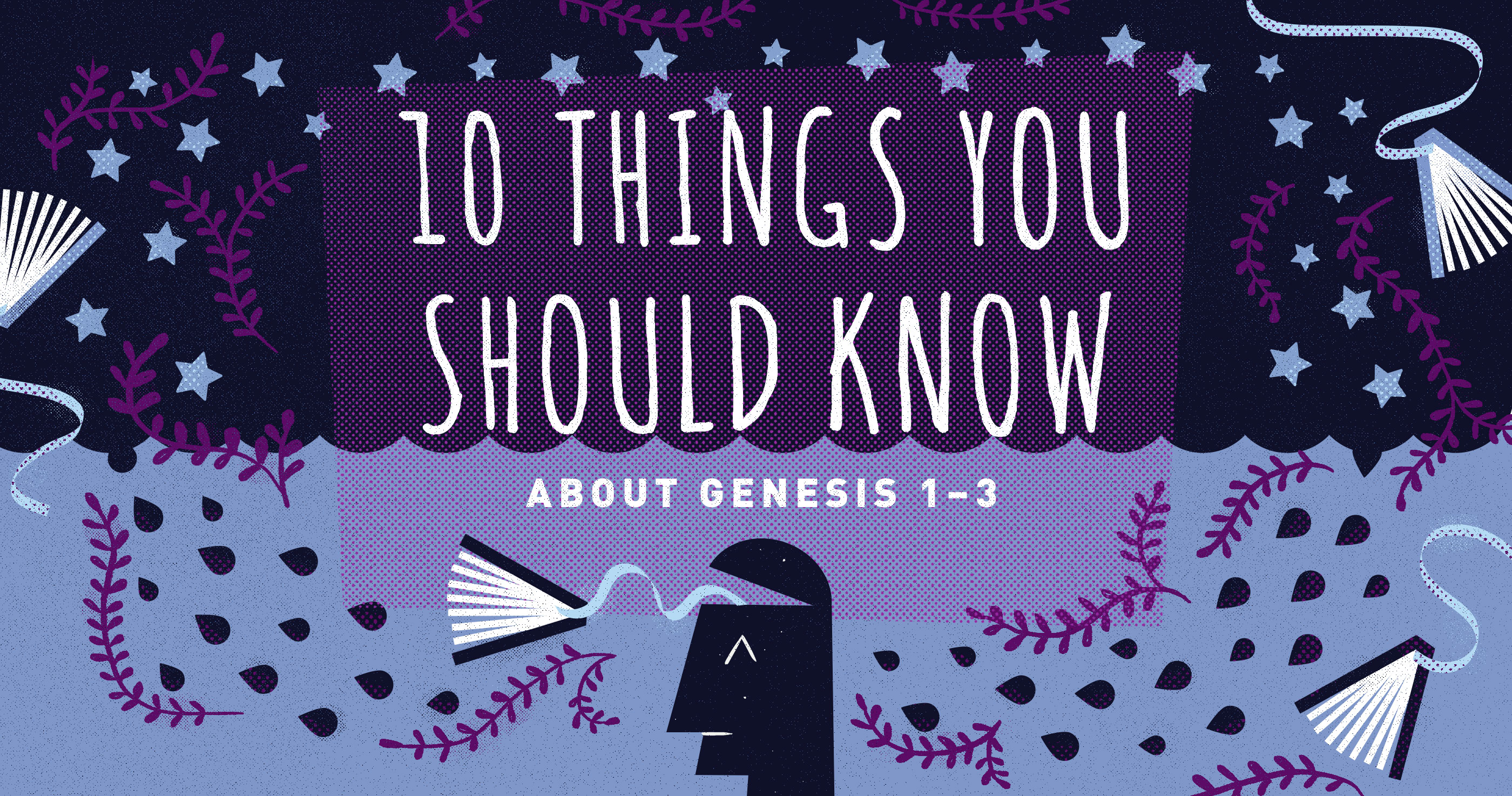 1. Genesis 1 shows that God brought the created world into existence and sovereignly governs it according to his personal purposes.

The world we live in is personally governed. It is not a mechanism, not merely atoms randomly in motion, not a chaos with no meaning. Human persons have deep significance. We alone among the earthly creatures are made in the image of God.

2. Many of God’s acts of creation may have been miraculous, and throughout history he may work miracles when he pleases.

Genesis 1–3 is radically at variance with modern thinking in elite cultures of the West. Modern thinking considers Genesis 1–3 to be obsolete, but that is mainly because it has absorbed the assumption that the world goes on by itself. It thinks of God as either nonexistent or relevant only at an internal psychological level. Genesis 1–3, by contrast, shows that God is continuously active. He is active in what is ordinary, and active when he works miracles.

3. Science makes sense within the world described in Genesis 1–3.

Scientists can hope to think God’s thoughts after him, on a creaturely level, because they are made in the image of God. By contrast, philosophical materialism cannot explain human uniqueness or the meaning of human thoughts or the rational regularity of the world that God created.

4. We must not reject Genesis 1–3 because some mainstream scientific claims seem to be at odds with it.

Rather, we should work patiently to see whether we have understood Gen. 1–3 correctly, and whether the scientific claims have understood the world correctly. Scientific work even at its best is fallible. And in our time, due to the increasing influence of philosophical materialism and an impersonal conception of the world, science is not always at its best.

5. Genesis is the inspired word of God, and therefore fully trustworthy in all its claims.

Treating Genesis as if it were a purely human document leads to distortions because Genesis claims to give an account of very early events, including the creation of the world before any human beings existed.

6. In genre (type of literature), Genesis is Hebrew nonfiction prose narrative. It belongs to the same broad category as Numbers, 1–2 Samuel, and 1–2 Kings.

Much confusion has been introduced by scholarly claims that the closest links are with ancient Near Eastern myths. These myths belong to other cultures and other languages, and most of them are imaginative poetry. They do not belong to the same genre as Genesis. Moreover, they are polytheistic in content. In content, Genesis 1 overlaps with Psalm 8 and Psalm 104, which are much closer to it than polytheistic accounts of origins.

It follows that, like Genesis as a whole, Genesis 1–3 gives us nonfictional prose narrative. It describes events that really happened in time and space, long ago.

8. Genesis 1–3 describes events that are analogous to later events in God’s providential rule over the world.

Genesis 1–3 contains a considerable number of one-time events, belonging to the creation of the world, the creation of Adam and Eve, and the first sins. These one-time events are never to be repeated. But Genesis 1-3 presents them in ordinary language to Israelites, in order that they may understand what happened by analogy with events in their ordinary experience. For example, Gen. 1:11–12 describes the original creation of various kinds of plants. The Israelites can observe that plants continue to reproduce according to the pattern that God established. Barley seeds lead to barley plants, which produce more barley seeds in the next generation.

9. Adam and Eve were specially created.

The sins of Adam and Eve were events that happened once and for all. But they are analogous to temptations to sin that we experience all through history. Adam in particular is the pattern for Christ, who was the last Adam and who obeyed perfectly in contrast to Adam’s disobedience.

10. The events during the six days of creation and the later events in God’s providential control of the world are different, yet still analogous.

The uniqueness of events during the six days, and the differences between those events and the later continuation of God’s rule, mean that we must be cautious in inferring how God was at work in detail during the time of creation. We can have confidence in the description that Genesis 1–3 gives, but uncertainties enter when we try to extrapolate into further details, as we may do if we are trying to explore correlations between Genesis 1–3 and claims from modern science.