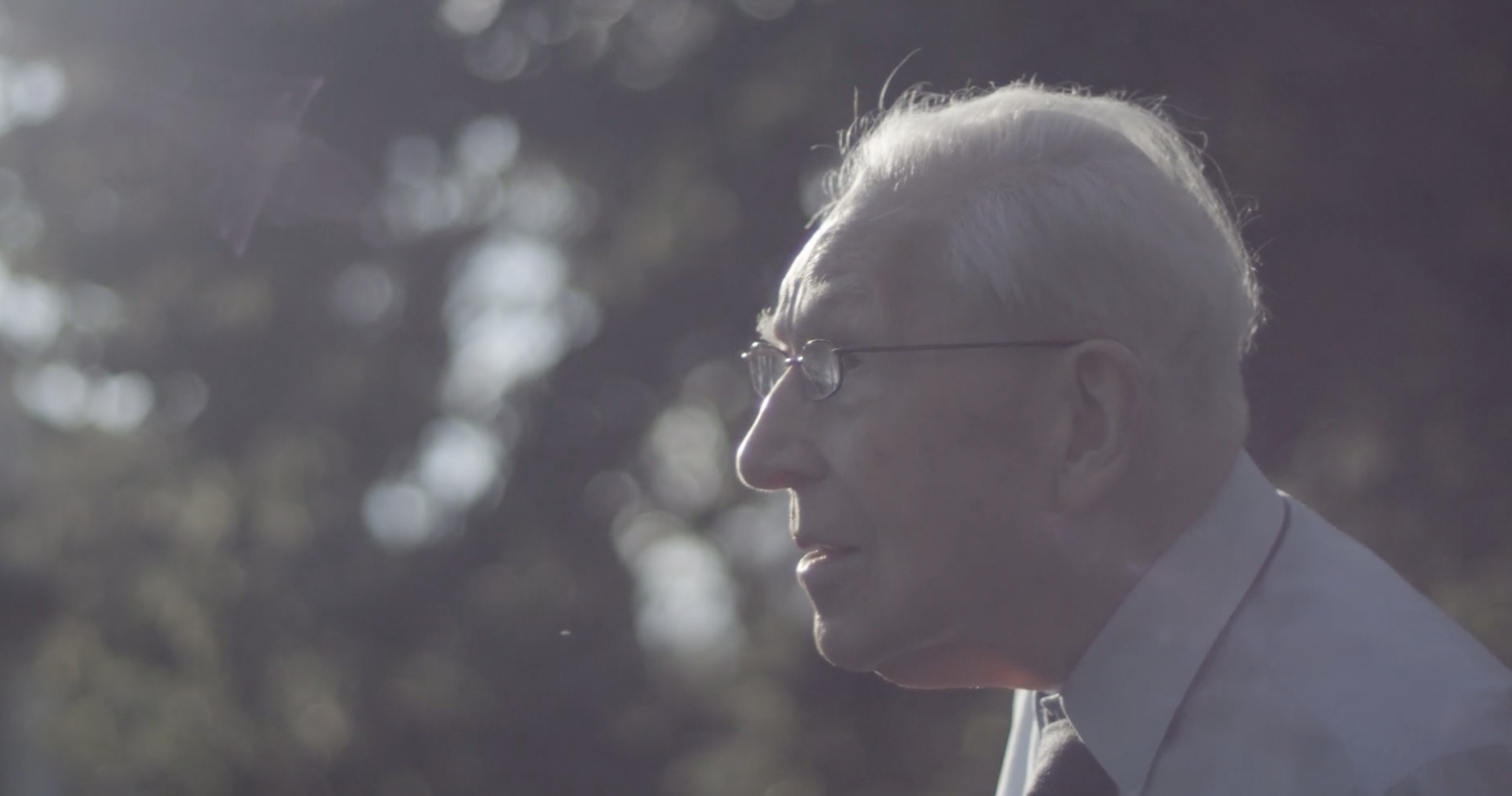 James Innell Packer was born in a village outside of Gloucester, England, on July 22, 1926. Over the course of his life, Packer became one of the most famous and influential evangelical leaders of his time.

Packer claimed to have been born into a lower middle-class family. The family lived in the central part of Gloucester, a cathedral city in the southwest of England. The religious climate at home and church was that of nominal Anglicanism rather than evangelical belief in Christ as Savior (something that Packer was not taught in his home church). Packer's parents made it clear that any advanced education would depend on scholarships. Packer received the scholarships that enabled him to be educated at Oxford University.

On September 19, 1933, a schoolyard bully chased Packer onto the busy London Road, where he was hit by a bread van and knocked to the ground. He sustained a serious head injury and has had a noticeable dent in the side of his skull ever since. Packer took a range of disappointments in life in stride, and he said regarding his childhood accident that "it was part of life."

Packer was raised in a nominally rather than genuinely Christian family and church. When he entered Oxford University, he thought of himself as a Christian because he had defended Christianity in intellectual debate at school. While attending an evangelistic service sponsored by the campus InterVarsity group on October 22, 1944, he realized that he was not a true Christian. By God's grace, he left the service as a believing and saved Christian.

Because Packer's primary career was as a teacher, author, and speaker, most people think of him as an academician only. But Packer also had a brief career as an Anglican minister. Almost immediately after his conversion, Packer began a process leading to ordination in the Church of England. As he was finishing his Oxford dissertation on Richard Baxter, he began a three-year parish ministry as an Anglican curate in suburban Birmingham.

An address that Packer gave to a student group in London in 1957 caught the attention of an InterVarsity editor, who requested that Packer turn the address into a pamphlet. Instead, Packer worked on the material for eighteen months and handed over a book-length manuscript to the editor. The book was entitled Fundamentalism and the Word of God.

6. Packer published so much that it is impossible to compile a bibliography of his writings.

In both his speaking and writing, Packer followed a policy of entering virtually every door that continually opened before him. The list of his publications defies tabulation, partly because of the large number of items, partly because the range of genres is so broad that it is hard to know what constitutes a publication as opposed to a privately printed document, partly because Packer often published the same book in both the US and Britain under different titles, and partly because many of his writings have been republished, sometimes with new titles.

7. Packer was and is an unsung hero as well as a famous man.

The fame of Packer is well-attested. Typing his name into a search engine yields a fluctuating number of results day-by-day, but we can at least say that the number is well over half a million. Despite his celebrity status, however, Packer was indefatigable in giving himself to people and projects in ways that are invisible to the public. No audience was too small for Packer, and such venues as speaking to teenagers in a living room were a standard feature of his life.

Packer believed that the most important project of his life is a book that does not even carry his name—the English Standard Version of the Bible (for which Packer served as general editor). That verdict comes from a man whose book Knowing God ranks fifth in a list of "books that have shaped evangelicals."

J. I. Packer had a passion for truth in every sphere.

8. Packer was equally at home in the Anglican world and the nonconformist evangelical world.

Among Anglicans, Packer was an "iconic figure" who embodied the essence of Anglicanism. This is relatively unknown to "free church" evangelicals because Packer moved with equal ease in both worlds and was more influential in the nonconformist world (especially the Calvinistic wing).

9. Packer was a controversialist virtually his entire public life.

Packer said that he "always wanted peace, and like Richard Baxter [had] been involved in trouble, trouble, trouble, all the way." The "trouble" that Packer references was public controversy and attacks on him. In private conversation Packer confided to me that he had been a controversialist by necessity, not by preference.

In 1991, Packer wrote an article discussing how he wishes to be remembered, and regarding his lifetime of entering controversy for the sake of truth he said that it was something that needed to be done but tended to be "barren . . . for the soul."

10. Packer made his mark by being a faithful steward.

J. I. Packer achieved fame and was serviceable to Christ's kingdom through a very simple formula: he did the task before him and left the outcome to God. To use a metaphor that Voltaire was inspired to place at the end of his book Candide, Packer cultivated his garden instead of engaging in grand designs.

How, then, did he make it onto Time magazine's list of 25 most influential evangelicals? His published writings have been the main vehicle for spreading his name and influence. Packer never held a prestigious academic post and never filled a high-visibility pulpit on a permanent basis. We can truly say regarding his fame and influence that God did it.

When we speak of the legacy left by a deceased person, we think misleadingly in terms of a speculative posthumous legacy that is impossible to predict. J. I. Packer's primary legacy is the ways in which he influenced events in Christendom and people's lives during his lifetime.

Packer's first book was a defense of the authority of the Bible, and this became both a lifelong passion and one of Packer's most significant contributions to the evangelical church. Packer had an extraordinarily strong commitment to the view that the words of the Bible are the very words of God. He championed the out-of-vogue doctrine of the inerrancy of Scripture. He published books on the reliability of the Bible. He served as general editor of the English Standard Version of the Bible, calling that project the greatest achievement of his life. J. I. Packer gave evangelicals a place to stand in regard to the authority of the Bible.

Packer's writings show what mattered most to him, and these were the things that he also thought the church must value most. Part of Packer's legacy was thus helping Christians set the right agenda of concerns. Packer's list of priorities included the Bible, the church, correct theology, holiness in life, and vocation. The reason Packer wrote on such a dizzying array of subjects is not only that he had an active and capacious mind but also that he was concerned that Christians think correctly on all subjects that relate to life. J. I. Packer had a passion for truth in every sphere.

J. I. Packer was above all serviceable to the Kingdom and its King. When asked late in life what his final words to the church might be, Packer replied, "I think I can boil it down to four words: Glorify Christ every way." That can serve as an epitaph for what Packer did in his lifetime and what he is doing now.

Leland Ryken is the author of J. I. Packer: An Evangelical Life.

Leland Ryken (PhD, University of Oregon) served as professor of English at Wheaton College for nearly fifty years. He has authored or edited over fifty books, including The Word of God in English and A Complete Handbook of Literary Forms in the Bible. He is a frequent speaker at the Evangelical Theological Society’s annual meetings and served as literary stylist for the English Standard Version Bible. 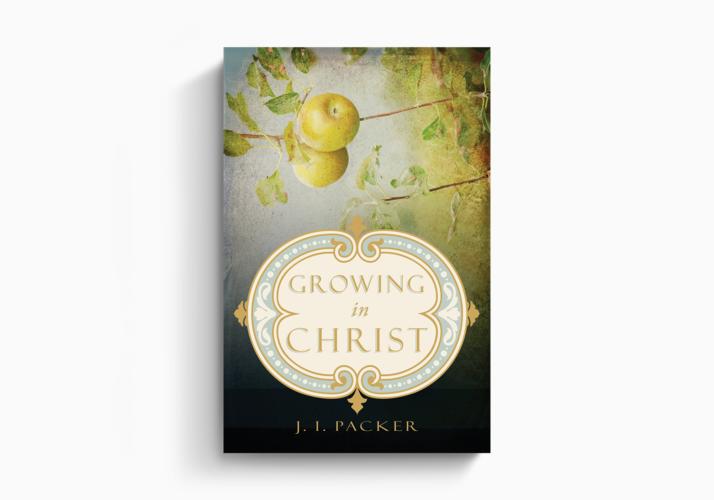 Growing in Christ
J. I. Packer
Crossway is a not-for-profit Christian ministry that exists solely for the purpose of proclaiming the gospel through publishing gospel-centered, Bible-centered content. Learn more or donate today at crossway.org/about.