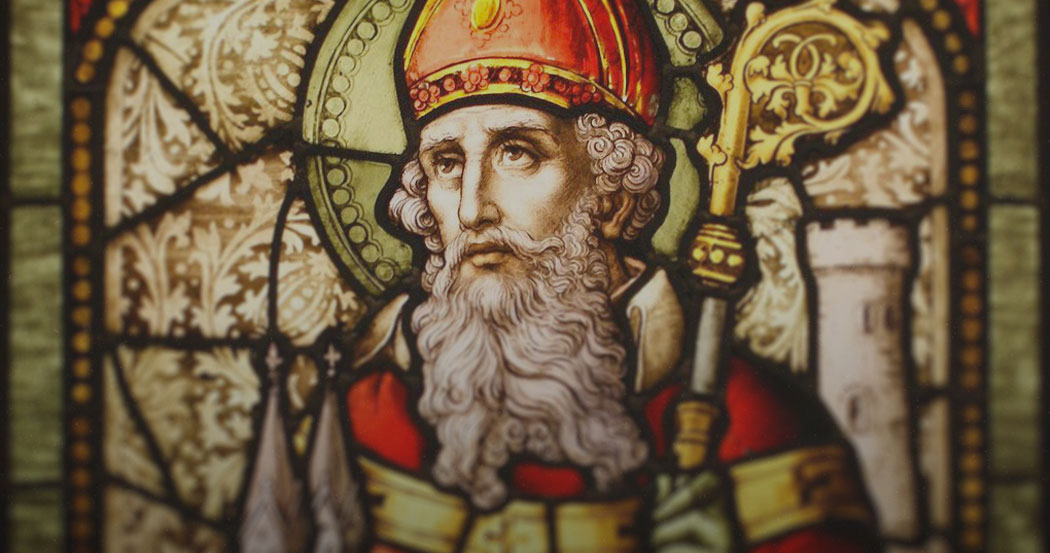 1. Patrick was not Irish.

His background was Romanized British, and he was a part of the upper class who ran Roman-British society before the fall of the western Roman Empire in the fifth century. This means he was from either what is now Wales or England, or even possibly southern Scotland.

2. Patrick left two genuine writings: his Confession and his Letter to the Soldiers of Coroticus.

The first is a defense of his mission to Ireland and the latter a deeply emotional response to the brutal killing of some new Christians by a warlord named Coroticus.

3. Patrick’s conversion came as a result of his being taken as a slave to Ireland by Irish raiders.

He had been raised in a Christian home, but tells us in his Confession that he had paid no attention as a youngster to what he had heard in church. He was sixteen when he was taken captive and that would have been around AD 406 or 407.

4. Patrick’s mission to Ireland from around AD 430 to 460 was virtually the only evangelistic mission in fifth-century Western Europe.

It would seem that many Roman Christians felt that the so-called “barbarians” beyond the Roman Empire were not worth evangelizing. People in his home church in Britain actually opposed his mission to Ireland because they felt he was throwing away his life among the godless Irish.

5. Dreams play a prominent role at key turning-points in Patrick’s life, but Scripture was the central factor in the major decisions of his life.

For example, he had a dream confirming his call to be a missionary to Ireland. But it was passages like Matthew 28:19–20, what we now call the Great Commission, that were decisive in his going to Ireland. His mission was centered on the northern half of Ireland and thousands of Irish men and women were converted under Patrick’s preaching.

6. We have no idea if Patrick read any other books than the Bible, for that is the only book he ever quotes.

However, he did cite a creed, which may have been the confession of his home church in Britain. The creed shows the clear influence of the Nicene Creed from AD 381 that confesses the full deity of each of the three persons of the Godhead.

7. Patrick’s love for the written words of the Bible was passed on to the Celtic church, which became the most learned body of churches in Western Europe during the early Middle Ages.

When Patrick came to Ireland he would have found a society that was by and large mostly illiterate, but within two generations, the Celtic church was the most literate body of churches in Western Europe. One of Patrick’s great gifts to the Irish was literacy.

8. At the heart of Patrick’s faith was his love for the doctrine of the Trinity.

This love is found in a number of places in his Confession, and actually was at the heart of his reasons for going to Ireland as a missionary. The Celtic church that he founded was also deeply trinitarian and in this regard is a great model for churches today.

9. Legends about Patrick are legion.

For example, the reason that there are no snakes in Ireland is that Patrick kicked them all out of Ireland. Or that Patrick taught the doctrine of the Trinity by means of the shamrock. Or that he regularly had showdowns with the leaders of Irish paganism, namely the Druids. There is no evidence he did either of the first two, and while he does tell us he was often in danger of losing his life because of opposition, he never mentions the Druids.

10. Patrick’s mission to Ireland has been an inspiration to a number down through the years.

For example, it inspired William Carey in his mission to India. And hopefully can do the same in our day!