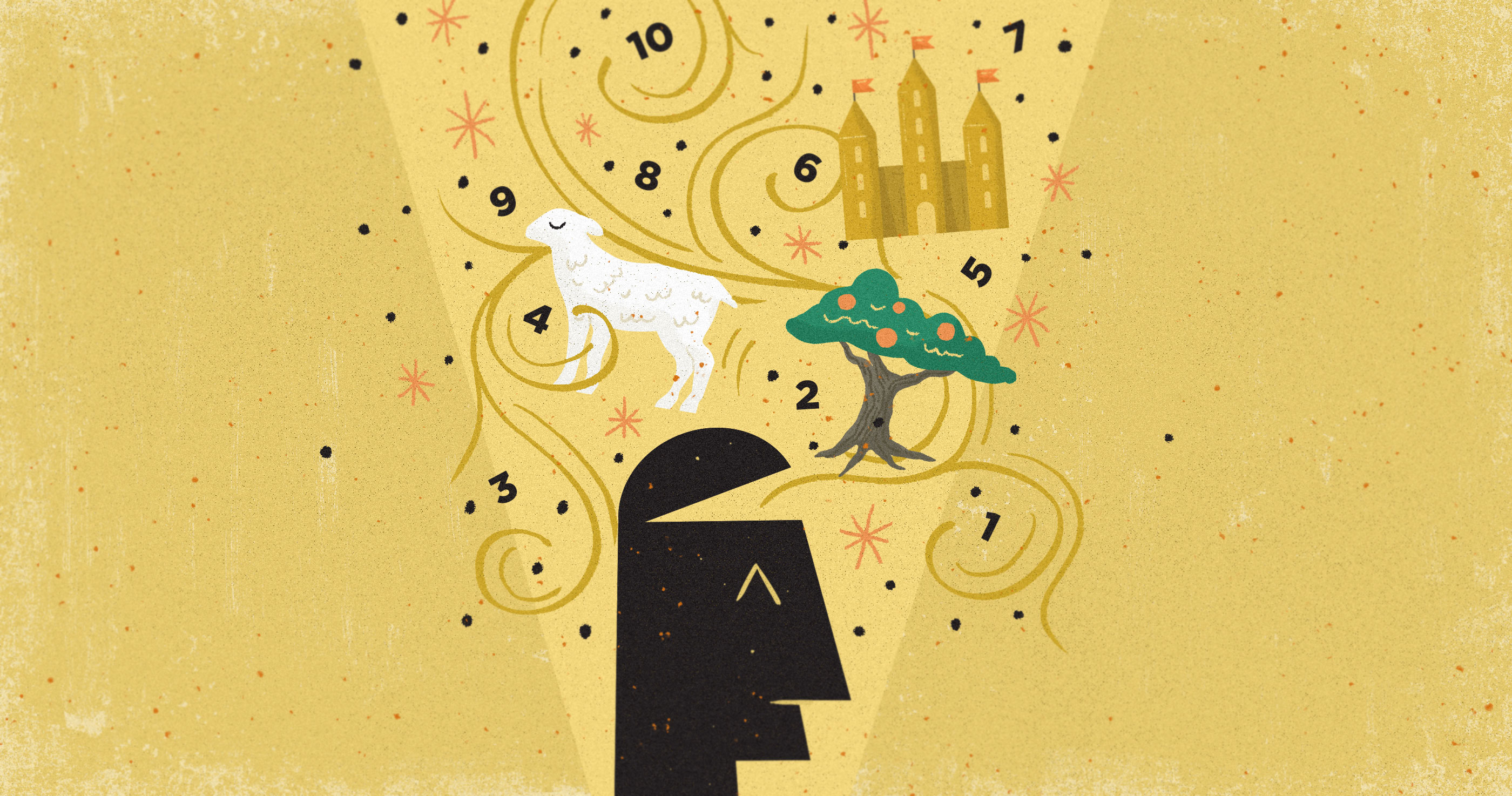 1. Revelation is not hard to understand.

Revelation is a book that many people avoid, convinced that it is too hard to interpret and understand. Certainly there are some challenges to rightly interpreting some of its vivid imagery and plentiful symbolism. It is a genre of literature (apocalyptic) that is unfamiliar to most of us, which requires that we develop some skills for reading it. But Revelation wasn’t written for scholars. It was written for ordinary believers in the first century with the expectation that they would be able to understand its central message. This means that we are able to understand its central message. The challenge greater than understanding the book may be opening ourselves up to the adjustments in our lives this book calls for. Yet this greater challenge is also what promises the greatest blessing.

2. Revelation is not primarily about the future.

Revelation was written to fortify believers in the first century, and every century since then, to live out bold allegiance to Christ as they/we wait for the King of Kings to come and establish his kingdom on earth in all of its glorious fullness. It fortifies us for this by showing us what God has done in the past, is doing in the present, and will do in the future to preserve and protect his people, destroy his enemies, and renew his creation. It shows us how to live out the ordinary days of this present life in ways that will matter into eternity future. 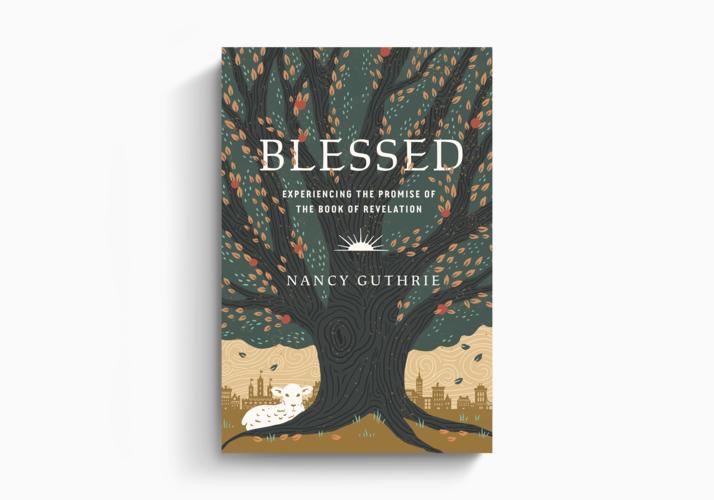 Blessed, by bestselling author and speaker Nancy Guthrie, gives individuals and small groups a friendly, theologically reliable, and robust guide to understanding the book of Revelation.

3. Revelation enables us to view reality from heaven’s perspective.

The book of Revelation is John’s record of a series of visions that he was given and instructed to write down for us. Through this record of his visions, we get to see the realities of heaven and earth from the perspective of heaven. Apart from this divine revelation, we’re limited to what we can see with our eyes and perceive with our senses. But with this divine revelation we can see into the worship of heaven. We can see the true nature of things on earth so that some of the things that seem valuable or beautiful are actually worthless and ugly. Likewise, what may seem like defeat is actually victory. What may seem insignificant from the vantage point of earth is actually of great worth.

4. Revelation reorients our shallow understanding of what it means to be blessed.

Revelation contains lots of sevens, including seven beatitudes—seven statements regarding what it means to be blessed. And the picture of the person who is truly blessed presented in Revelation is completely counter-intuitive. What many in our day consider to be the blessed life—a life of comfort and ease, a life filled with material things—is not true blessedness. Revelation shows us that true and eternal blessedness comes to the person who submits to Revelation’s call to bold allegiance to Christ even when it costs them their material comforts and perhaps even their lives. Blessedness, according to Revelation, is enjoyed by those who are prepared for and eager for Christ’s return. It is enjoyed by those who are living out of the righteousness that has been imparted to them by Christ and is being worked through their lives by his Spirit.

5. Revelation provides us with pictures of Christ that are different from the Gospels.

In the Gospels we get to see Jesus as he was when he took on human flesh and lived in this world for 33 years as a human being. Of course, Jesus is still a human being. He is the first resurrected, glorified human being. But he won’t be the last! Jesus reigns now on the throne in heaven as the one who is worthy to oversee the unfolding of history. Revelation helps us to see him as the glorious king who is going to come again as a divine warrior who will judge his enemies and set things right in his world. We get to see him as our faithful bridegroom who is coming soon to consummate his marriage with his bride. Revelation shows us a picture of Jesus, not only as the slain-yet-living Lamb, but also as our Shepherd who will protect and provide for us into eternity.

6. Revelation helps us to evaluate the character and content of our worship.

John was invited to see into the heavenly throne room where the triune God is worshiped in the way he is worthy of. His record of his vision in Revelation invites us to see and hear the angelic hosts of heaven—the people of the earth, and even all the creatures of earth, joining together in thunderous worship and celebration. We get to hear specifically what makes God worthy of our worship. This vision invites us to evaluate the passion, the content, and the motivation of our own worship. Peering into the worship of heaven stirs us to align our worship more fully with the worship of heaven.

Blessedness, according to Revelation, is enjoyed by those who are prepared for and eager for Christ’s return.

7. Revelation is a call to patient endurance of suffering for our bold allegiance to Christ.

8. Revelation is a call away from the world’s acceptance, influence, and affluence.

When we read the letters to the seven churches in chapters 2 and 3 of Revelation, we realize that not all of the seven churches are facing the immediate threat of persecution. Some of them are instead facing the threat of comfort and compromise that will insure that comfort. If they go with the flow of the trade guilds and make sacrifices to the pagan gods, their income and acceptance in the community won’t be threatened. If they will just be silent rather than boldly witness to their allegiance for Christ, they can enjoy the benefits of Rome. But Revelation calls God’s people to “come out” of Babylon and to refuse to be seduced by her. It calls God’s people to be marked by our connectedness to Christ, not our capitulation to the beast.

9. Revelation invites us to celebrate—rather than be embarrassed by—the wrath of God.

Our modern world is all for a God of love. But it doesn’t really know what to do with a God of wrath. Many would like to purge God’s reputation and reality of wrath. But Revelation won’t let us do that. Instead, it invites us to sing along with the saints in heaven a song that celebrates wrath of God as a demonstration of his perfect justice and righteousness. Revelation shows us that it is the wrath of God that will fall on the earth that will cleanse and purify it. Revelation provides us with a response to the question, “Why doesn’t God do something about all of the evil and suffering in the world?” Its answer is: be patient. Evil’s day of doom is surely coming.

10. Revelation brings all the storylines of the Bible to a beautiful resolution.

When we get to the end of the book of Revelation, we’ve also come to the end of the Bible. And what we find is a fitting conclusion. The divine author has written a number of themes into his book that find their beginning in the first chapters of Genesis, develop throughout the history, wisdom, and prophets, and come to a climax in the life, death, and resurrection of Jesus. These themes come to resolution in the new creation as presented in the final chapters of Revelation. The marriage that began but faltered in Eden is consummated in Revelation. All of the children of God receive their promised inheritance. People from every nation flow into the city, making it a beautiful multi-national community. God dwells in his temple, which covers the whole of the earth. At the end of Revelation we see that Jesus, the second Adam, will not fail to lead us into a garden that will be even better than Eden, where we will enjoy fellowship with him for all eternity.

Nancy Guthrie is the author of Blessed: Experiencing the Promise of the Book of Revelation.