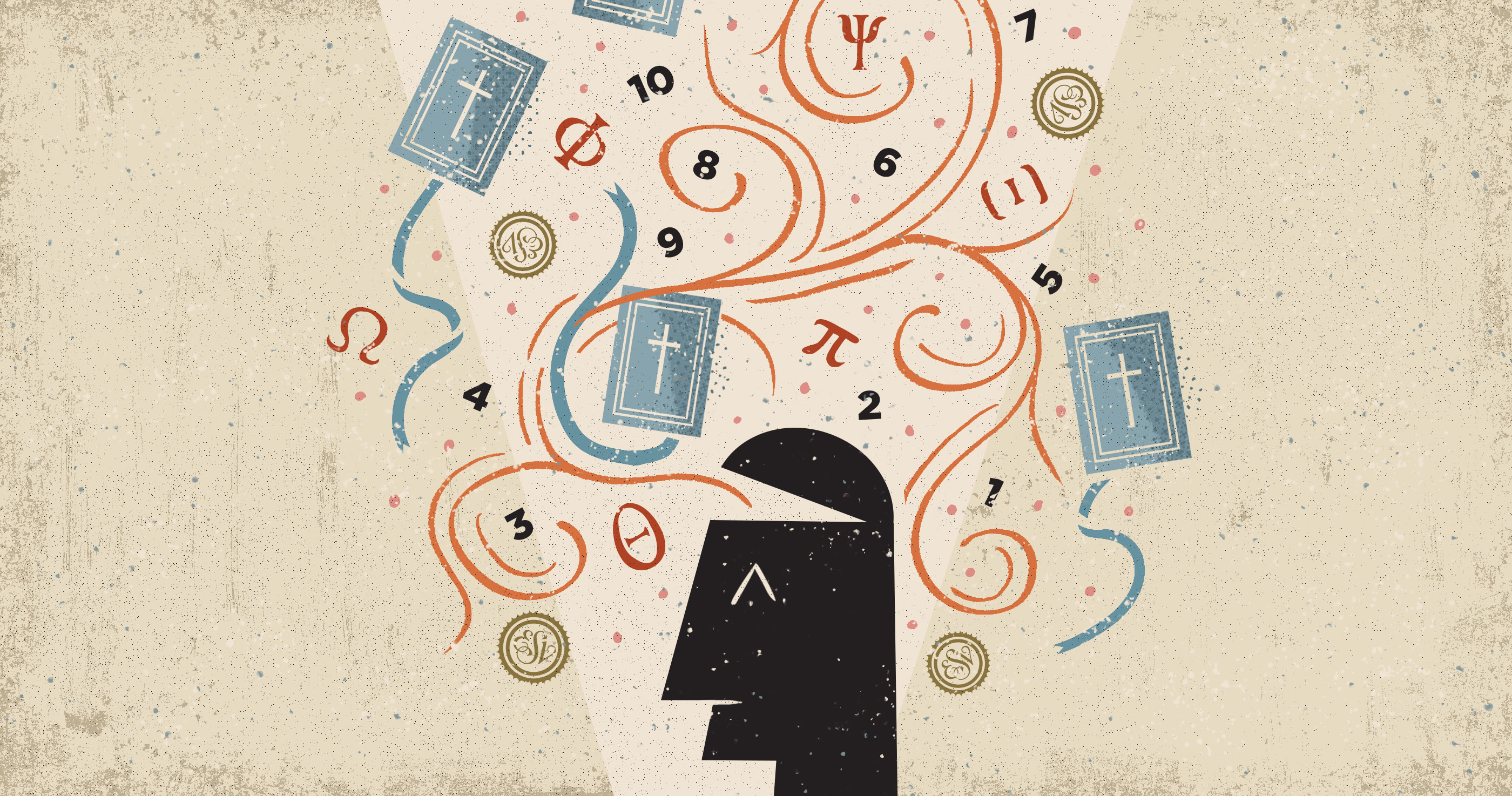 1. The translation was motivated by a belief that Scripture is sacred and that the words of the Bible are the very words of God.

“[The Bible] is the most valuable thing that this world affords. Here is Wisdom; this is the royal Law; these are the lively Oracles of God.” With these words the Moderator of the Church of Scotland hands a Bible to the new monarch in Britain’s coronation service. These words echo the King James Bible translators, who wrote in 1611, “God’s sacred Word . . . is that inestimable treasure that excelleth all the riches of the earth.” This assessment of the Bible was the motivating force behind the publication of the English Standard Version in 2001.

2. It was created by a team of more than 100 leading evangelical scholars.

The fourteen-member Translation Oversight Committee benefited from the work of more than fifty biblical experts serving as Translation Review Scholars and from the comments of the more than fifty members of the Advisory Council, all of which was carried out under the auspices of the Crossway Board of Directors. This hundred-plus-member team shared a common commitment to the truth of God’s Word and to historic Christian orthodoxy and was international in scope, including leaders in many denominations.

3. It stands in the classic mainstream of English Bible translations over the past half-millennium.

The fountainhead of that stream was William Tyndale’s New Testament of 1526; marking its course were the King James Version of 1611 (KJV), the English Revised Version of 1885 (RV), the American Standard Version of 1901 (ASV), and the Revised Standard Version of 1952 and 1971 (RSV). In that stream, faithfulness to the text and vigorous pursuit of precision were combined with simplicity, beauty, and dignity of expression. The translation committee’s goal was to carry forward this legacy for this generation and generations to come.

To this end, each word and phrase in the ESV was carefully weighed against the original Hebrew, Aramaic, and Greek, to ensure the fullest accuracy and clarity and to avoid under-translating or overlooking any nuance of the original text. The words and phrases themselves grow out of the Tyndale–King James legacy, and most recently out of the RSV, with the 1971 RSV text providing the starting point for the translation work. Archaic language was brought into line with current usage and significant corrections were made in the translation of key texts. But throughout, the goal was to retain the depth of meaning and enduring quality of language that have made their indelible mark on the English-speaking world and have defined the life and doctrine of its church over the last five centuries.

4. It embraces a word-for-word, or “essentially literal,” translation philosophy.

The ESV is an “essentially literal” translation that seeks, as far as possible, to reproduce the precise wording of the original text and the personal style of each Bible writer. As such, its emphasis is on “word-for-word” correspondence, at the same time taking full account of differences in grammar, syntax, and idiom between current literary English and the original languages. Thus it seeks to be transparent to the original text, letting the reader see as directly as possible the structure and exact force of the original.

5. It carries forward classic translation principles in its literary style.

The ESV retains theological terminology—words such as grace, faith, justification, sanctification, redemption, regeneration, reconciliation, propitiation—because of their central importance for Christian doctrine and also because the underlying Greek words were already becoming key words and technical terms among Christians in New Testament times.

The ESV lets the stylistic variety of the biblical writers fully express itself—from the exalted prose that opens Genesis, to the flowing narratives of the historical books, to the rich metaphors and dramatic imagery of the poetic books, to the ringing rhetoric in the prophetic books, to the smooth elegance of Luke, to the profound simplicities of John, and the closely reasoned logic of Paul.

6. In the area of gender language, the goal of the ESV is to render literally what is in the original.

For example, “anyone” replaces “any man” where there is no word corresponding to “man” in the original languages, and “people” rather than “men” is regularly used where the original languages refer to both men and women. But the words “man” and “men” are retained where a male meaning component is part of the original Greek or Hebrew. Likewise, the word “man” has been retained where the original text intends to convey a clear contrast between “God” on the one hand and “man” on the other hand, with “man” being used in the collective sense of the whole human race (see Luke 2:52).

Similarly, the English word “brothers” (translating the Greek word adelphoi) is retained as an important familial form of address between fellow-Jews and fellow-Christians in the first century. A recurring note is included to indicate that the term “brothers” (adelphoi) was often used in Greek to refer to both men and women, and to indicate the specific instances in the text where this is the case. In addition, the English word “sons” (translating the Greek word huioi) is retained in specific instances because the underlying Greek term usually includes a male meaning component and it was used as a legal term in the adoption and inheritance laws of first-century Rome. As used by the apostle Paul, this term refers to the status of all Christians, both men and women, who, having been adopted into God’s family, now enjoy all the privileges, obligations, and inheritance rights of God’s children.

The inclusive use of the generic “he” has also regularly been retained, because this is consistent with similar usage in the original languages and because an essentially literal translation would be impossible without it. In each case the objective has been transparency to the original text, allowing the reader to understand the original on its own terms rather than in the terms of our present-day Western culture.

7. In the translation of words referring to God, the ESV takes great care to convey great nuance when it comes to the Hebrew and Greek terms.

Concerning terms that refer to God in the Old Testament: God, the Maker of heaven and earth, introduced himself to the people of Israel with a special personal name, the consonants for which are YHWH (see Exodus 3:14–15). Scholars call this the “Tetragrammaton,” a Greek term referring to the four Hebrew letters YHWH. The exact pronunciation of YHWH is uncertain, because the Jewish people considered the personal name of God to be so holy that it should never be spoken aloud. Instead of reading the word YHWH, therefore, they would normally read the Hebrew word ’adonay (“Lord”), and the ancient translations into Greek, Syriac, and Aramaic also followed this practice. When the vowels of the word ’adonay are placed with the consonants of YHWH, this results in the familiar word Jehovah that was used in some earlier English Bible translations.

As is common among English translations today, the ESV usually renders the personal name of God (YHWH) by the word LORD (printed in small capitals). An exception to this is when the Hebrew word ’adonay appears together with YHWH, in which case the two words are rendered together as “the Lord [in lowercase] GOD [in small capitals].” In contrast to the personal name for God (YHWH), the more general name for God in Old Testament Hebrew is ’elohim and its related forms of ’el or ’eloah, all of which are normally translated “God” (in lowercase letters). The use of these different ways to translate the Hebrew words for God is especially beneficial to English readers, enabling them to see and understand the different ways that the personal name and the general name for God are both used to refer to the One True God of the Old Testament.

8. It is based on well-attested Hebrew and Greek manuscripts.

The ESV is based on the Masoretic text of the Hebrew Bible as found in Biblia Hebraica Stuttgartensia (5th ed., 1997), and on the Greek text in the 2014 editions of the Greek New Testament (5th corrected ed.), published by the United Bible Societies (UBS), and Novum Testamentum Graece (28th ed., 2012), edited by Nestle and Aland.

The currently renewed respect among Old Testament scholars for the Masoretic text is reflected in the ESV’s attempt, wherever possible, to translate difficult Hebrew passages as they stand in the Masoretic text rather than resorting to emendations or to finding an alternative reading in the ancient versions. In exceptional, difficult cases, the Dead Sea Scrolls, the Septuagint, the Samaritan Pentateuch, the Syriac Peshitta, the Latin Vulgate, and other sources were consulted to shed possible light on the text, or, if necessary, to support a divergence from the Masoretic text.

Similarly, in a few difficult cases in the New Testament, the ESV has followed a Greek text different from the text given preference in the UBS/Nestle-Aland 28th edition. Throughout, the translation team has benefited greatly from the massive textual resources that have become readily available recently, from new insights into biblical laws and culture, and from current advances in Hebrew and Greek lexicography and grammatical understanding.

9. It is endorsed by dozens of evangelical leaders and used by Christians and churches around the world.

The ESV is the preferred Bible translation for many international ministries, including the Gideons International, the Billy Graham Evangelistic Association, Awana, and others. The ESV is also used extensively by a host of major denominations, churches, and church networks, including the Southern Baptist Convention, the Lutheran Church—Missouri Synod, the Evangelical Free Church, the Anglican Church in North America, the Presbyterian Church in America, and Acts 29.

Each year, millions of copies of the ESV are distributed worldwide through partnerships with hundreds of churches, ministries, and Bible societies around the world—with many of those distribution projects supported by Crossway’s Global Ministry Fund.

10. It was ultimately created to honor God and serve Christians around the world.

We know that no Bible translation is perfect; but we also know that God uses imperfect and inadequate things to his honor and praise. So to our triune God and to his people we offer what we have done, with our prayers that it may prove useful, with gratitude for much help given, and with ongoing wonder that our God should ever have entrusted to us so momentous a task.