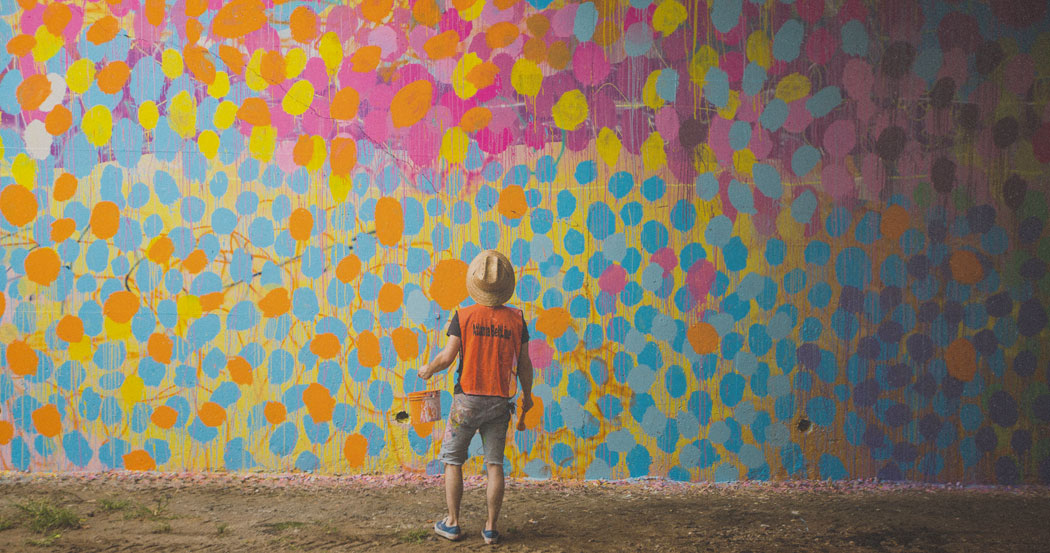 1. Everyone has an imagination.

The imagination is not simply the province of artists and children, sci-fi buffs and gamers. It is simply the ability of the mind to think in pictures. We use our imaginations all the time, whether we are daydreaming, planning, remembering, or meditating.

2. Imagination is an important power of the human mind.

Imagination is a facet of the mind along with reason, emotions, and the will. Memory employs the imagination so that we can recall events of the past. Imagination also allows us to contemplate our lives in the present. It also empowers us to visualize the future, which is necessary for planning and decision-making.

The creative imagination—the ability to conceive of something that does not already exist—is the source of art and invention. Imagination makes reading possible, as what the author imagines, whether a story or an argument, is replayed in the reader’s mind.

3. Imagination is a facet of the image of God.

The human imagination is not only a great gift of God; it is also an aspect of the image of God. His creative imagination is such that he created the universe from nothing. His mind perceives the past, the present, and the future. And his Word—in its concreteness, in its figurative and descriptive language, and in the way it addresses the reader’s imagination—shows that God himself imagines.

The human imagination is not only a great gift of God; it is also an aspect of the image of God.

4. Imagination is important in living morally.

Imagination makes possible empathy, the ability to assume the perspective of someone else. This allows us to “rejoice with those who rejoice,” and to “weep with those who weep” (Romans 12: 15). Jesus is also calling for an imaginative act when he tells us “you shall love your neighbor as yourself” (Matthew 22:39).

5. Our imaginations are fallen.

Like the other faculties of our minds—reason, emotions, the will—the human imagination is fallen. Before the flood, God saw of man that “every imagination of the thoughts of his heart was only evil continually” (Genesis 6:5 KJV).

6. We sin with our imaginations.

Since the Fall, our inner sinfulness is expressed in our imaginations. Sexual fantasies, for example, constitute adultery in the heart (Matthew 5:28). We also sin with our fantasies of violence, revenge, and other illicit temptations. The sinful imagination thus constitutes a major spiritual problem today.

7. Imagination is the source of idolatry.

One of the creations of the fallen imagination is new “gods” through whom human beings shield themselves from the true God (Acts 27:9). These range from the “graven images” of overt paganism to the abstract falsehoods of humanly-devised religions.

8. Our imaginations can be redeemed.

Our imaginations need to be cultivated and disciplined. But ultimately, they need to be redeemed. Christ’s death and resurrection gives us forgiveness and the power to die to the old and live to the new. Immersion in God’s Word, which directly addresses our imaginations, can be an occasion for the Holy Spirit to bring this redemption.

Exploring an often-forgotten part of the mind, the authors examine biblical and historical precedents to highlight the importance of the imagination for knowing God, understanding His Word, and living in the world.

9. The imagination is important for apologetics.

It isn’t just that many people today do not believe in God, as if the problem were merely with their reason. They also cannot imagine God. Nor can they imagine such vital spiritual realities as righteousness, holiness, judgment, or eternal life.

Worldviews, whether false or true, are also products of the imagination, which synthesizes and applies beliefs and assumptions. The materialist worldview, for example, has little room for mystery, wonder, or meaning. An apologetic which addresses the imagination, as well as reason, can open the minds of unbelievers to truths far beyond their limited conceptions.

10. The Christian church has a rich imaginative legacy.

Though the imagination seems neglected in contemporary Christianity, theologians of the past—such as Augustine, Aquinas, and the Reformers—had much to say on the subject. Meditation on the Bible, as practiced by the Puritans among others, included vividly imagining what the Scripture passage was describing.

In addition, Christian artists, writers, and preachers have given the church—as well as civilization as a whole—a rich legacy of imaginative works that convey the Christian worldview in a compelling way. Christians today would do well to draw on those imaginative resources, as part of discipling their own imaginations and to equip themselves to add to that heritage. Both the church and the world would benefit greatly!

Matthew P. Ristuccia (DMin, Dallas Theological Seminary) has served as the senior pastor of Stone Hill Church of Princeton since 1985. Matt and his wife, Karen, live in Princeton, New Jersey, and they have two sons and three grandchildren.

Art and the Christian Mind
Laurel Gasque
Crossway is a not-for-profit Christian ministry that exists solely for the purpose of proclaiming the gospel through publishing gospel-centered, Bible-centered content. Learn more or donate today at crossway.org/about.