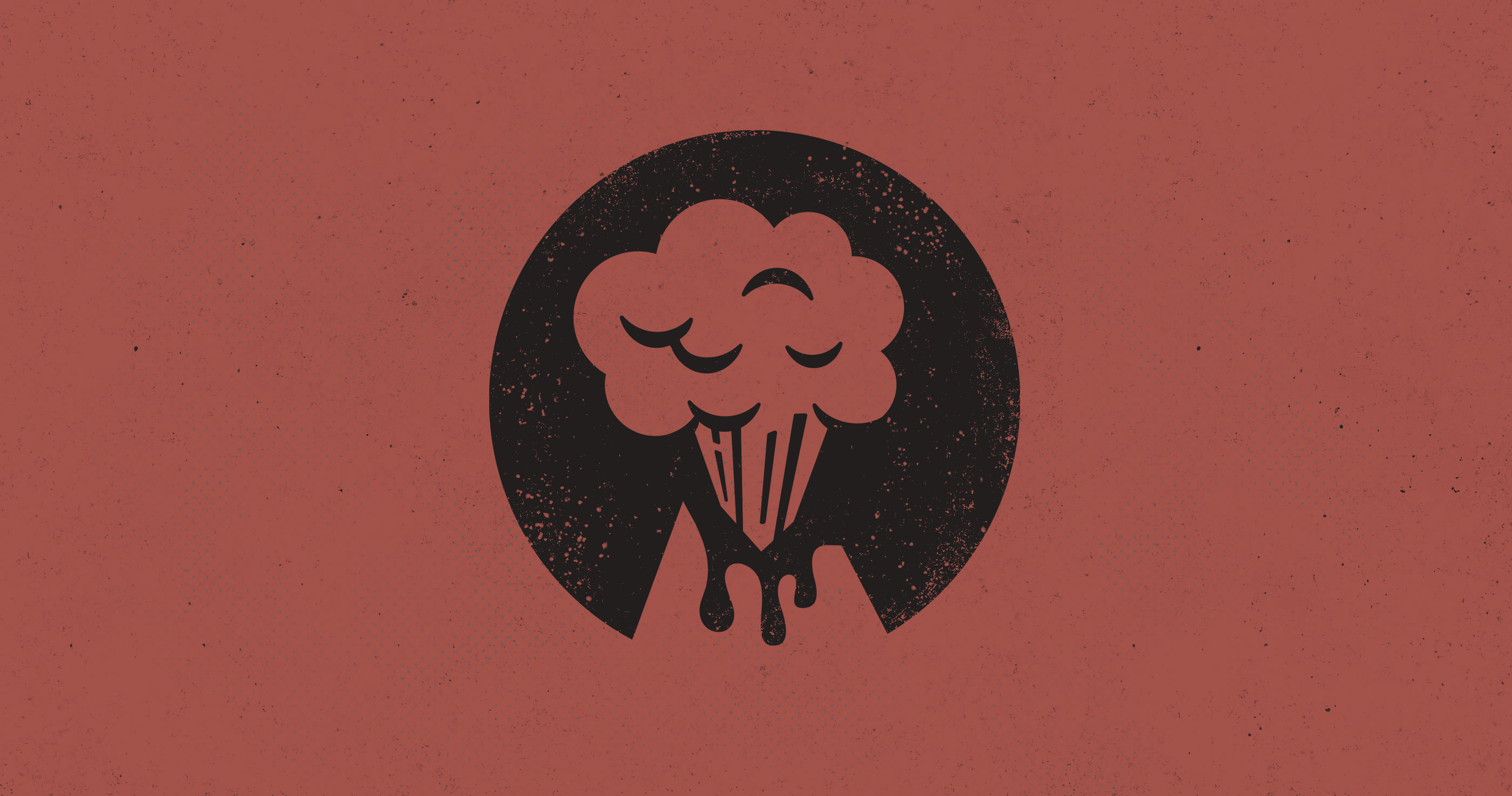 “He was an angry man.” If you were to start a funeral tribute like that, there might be raised eyebrows! We naturally associate anger with a bad temper, malice, hitting out at others, and with raised voices and swinging fists. We live in an angry world, and most of it is obviously destructive. It breaks families, fractures societies, and threatens peace.

But anger is not intrinsically evil, essentially evil, or necessarily evil. There is such a thing as pure anger, good anger, necessary anger, holy anger. Most of the Bible’s teaching about anger focuses on the wrath, or settled anger, of God, both in the Old Testament and equally in the New (for we must not be fooled by the nonsense that the angry God of the Old Testament is different from the loving God of the New).

The anger of God is settled, consistent, aroused purely by evil, utterly fair, clearly forewarned, with good as its consistent goal. It is based upon perfect knowledge, not only of actions and words but of the depths of the heart. It is a necessary outworking of his holy love for the world he has made. It finds its most dramatic expression on earth in the righteous anger of Jesus Christ who raged against hardness of heart (Mark 3:1–5), against hypocrisy (Matt. 23), against sin and death which spoils a good world (John 11:33, 38) and when his Father’s honor is insulted (John 2:13–17). In the anger of Jesus we see what human anger could be a spotless, white-hot virtue of hatred for all that is evil.

This myth is nearly true, for our human anger is always mixed with sin and often filled with selfishness and malice. But our anger is a distortion—as sin characteristically is—of something that in essence is good and true. The psalmist knew this (Ps. 119:53); John the Baptist showed it (Matt. 3:7); and Jesus fulfilled it.

Surely, says someone, it doesn’t matter if I feel angry—and I am speaking of wrong anger here. We all feel angry from time to time. If I don’t hit out with actions, surely no harm is done. Is it? Well, it is, and we have Jesus against us if we say this. But this is a subtle mistake, and I want to unpack why it’s wrong. Sure, there is a difference between feeling angry, speaking angrily, and acting in anger. In one very obvious sense murder is worse than angrily wishing somebody dead; in the one case they end up dead, in the other they don’t. The outcome is different!

So when Jesus, expounding on the sixth commandment, says, “everyone who is angry with his brother will be liable to judgment” (Matt. 5:22) he is, presumably, not denying that. His point–which is the same as what he says about lust and adultery (Matt. 5:28)–is that my heart is the seedbed for my words and actions. An angry heart can never be confined to an angry heart; always, one way or another, at one time or another, it overflows into words and deeds (as does a lustful heart or a greedy heart). Our actions and words spring from within us (Mark 7:14–23); they shape our character and our lives; and therefore, our hearts render us guilty before God. To say that sin in the heart doesn’t matter is disastrous.

There is—as Ed Welch has so helpfully put it—“madness” to anger. There is an irrational dimension to it, an out-of-control insanity when we “fly off the handle.” But we are missing something if we say that all anger is entirely incomprehensible, that it just blows up, rather like someone who is liable to an epileptic fit.

Sixteen centuries ago, Augustine (one of the greatest theologians of human emotion) wrote, “we do not so much ask whether [someone] is angry, as why he is angry.” When we ask Why am I angry? we discover, more often than not, that something dear to us has been threatened or taken away. Our anger reveals what we treasure. It may be my reputation (like the Persian King in Esther 1), or my control over my little kingdom (like Saul when the people praised David in 1 Samuel 18:7, 8; or Herod when told of another king in Matthew 2), or it may be something else. Sexual delight is perhaps one of the strongest drivers of anger when it is threatened. But whatever it is, there is a reason for my anger. First, I perceive a threat; second, I decide I don’t like it; third, I begin to feel anger. The anger does not come out of nowhere.

Put this together with the first myth and we can begin to see why some angers may be righteous while others are sinful. If my most precious treasure is the honor of God and the dignity of Jesus Christ, then I will feel something of a righteous anger when this is attacked. This is what Paul felt in Athens (Acts 17:16).

Myth #4: Anger is a personal and individual thing.

In our individualistic cultures (for many of us), we think of anger as an issue for each individual to consider on his or her own. But the Bible confirms to us what we observe in our societies: that anger is deeply infectious (cf. Prov. 22:24, 25). From the fury against Jesus in the Nazareth synagogue (Luke 4) to the riot in the Ephesus theater (Acts 19), we can feel how a shared indignation stokes the anger of a crowd. In Ephesus it would have been the hashtag #artemisophobia. From a Twitterstorm to a physical riot, anger fuels itself.

Ah, but there is such grace in Christ as can change the human heart!

We see this on the streets of our cities every summer as the advocates or protesters of one cause or another stir one another up to new heights of fury. We live in a very angry world and none of us is immune to this virus. Our chosen news feeds pour fuel on the fire and the furnace gets hotter and hotter. We need to be aware of this because the boundaries of a church are porous to this. It is worth analyzing our conversations before and after church to see how often the indignation of one person feeds into a shared indignation. It may be about government policy or the behavior of a boss at work or a spouse at home; whatever it is, let us not imagine we are untouched by the anger of others. In a society in which we increasingly expose ourselves only to news feeds and Facebook groups with whom we agree, there may be a word here to encourage us to make sure we listen to the views of those with whom we disagree, not least to discover what makes them angry and why.

I just am an angry person, and there’s nothing I can do about that. Anger, we sometimes think, is simply the product of my genes and/or my upbringing, which have shaped me to be a person prone to destructive anger. Ah, but there is such grace in Christ as can change the human heart! There is no sin in your heart, or mine, which is beyond the restoring grace of Jesus and the power of the Spirit of God. The gospel of Jesus can change an angry heart. Saul of Tarsus was a violently angry man before the risen Jesus met him on the Damascus road, and how deeply he was changed in the years that followed!

A thoughtful meditation on both Psalm 4 (from which Paul quotes) and Ephesians 4:17–5:2 will be a good starting point, but there is much else to say of Bible truth. To know deeply that we are intimately loved sons and daughters of God (Eph. 5:1) is a life- changing experience. Do not give up hope of change. Progressive sanctification has been called a ground war, with ground won yard by yard in hard fighting, rather than an air war. It is a war. It is full of pain. There will be setbacks. But God has promised to make us like Jesus his flawless Son (Rom. 8:29), and he will do what he has promised. He really will.

Christopher Ash is the coauthor with Steve Midgley of The Heart of Anger: How the Bible Transforms Anger in Our Understanding and Experience.