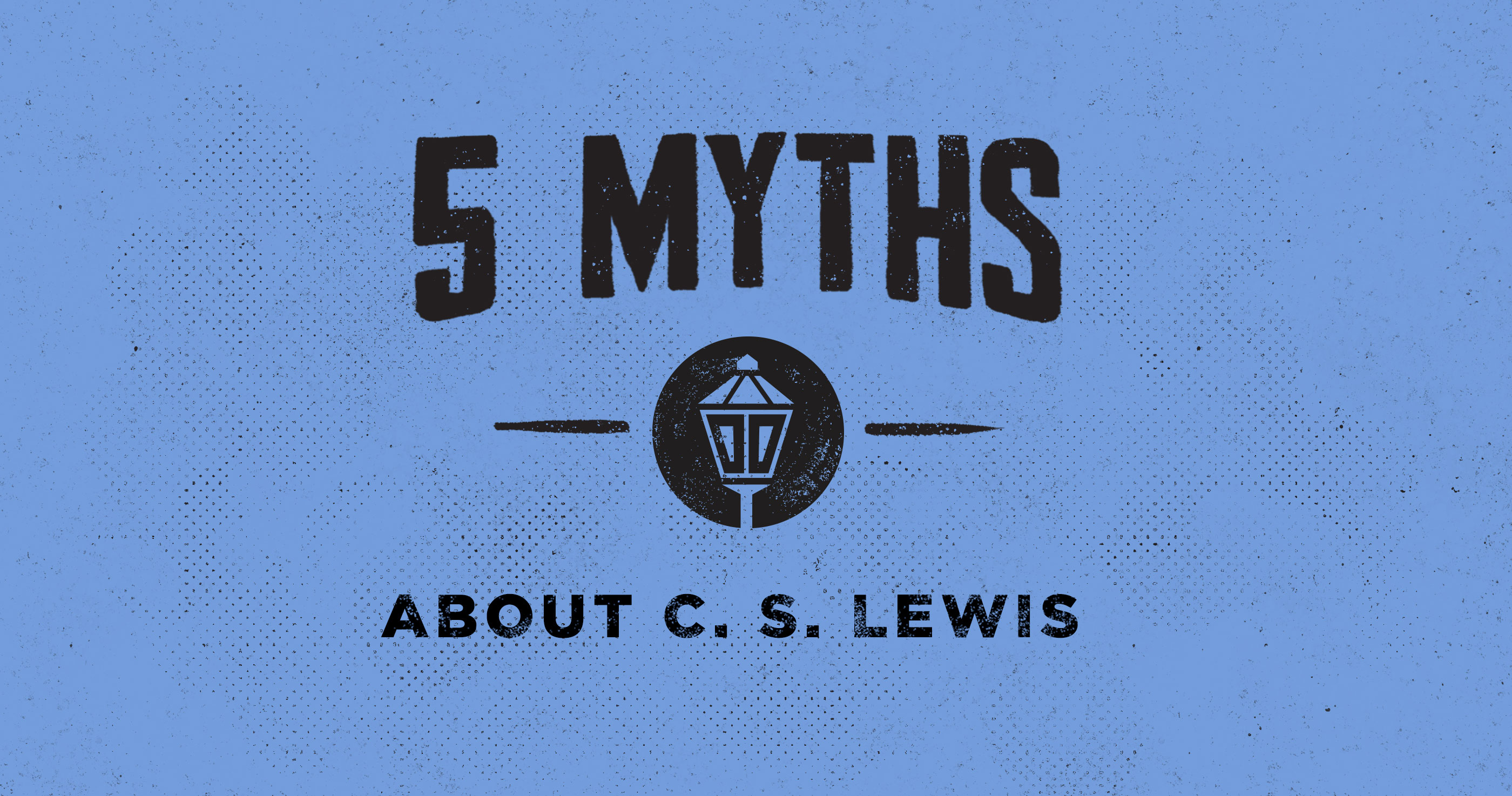 C. S. Lewis gained a reputation as the most effective Christian apologist of the twentieth century, though had had no formal theological training and worked his entire professional life as an English literature teacher at Oxford and Cambridge. In spite of his fame, several myths have attached themselves to him which might give an unbalanced view of the man who wrote the Chronicles of Narnia.

Lewis had a robust sense of humor, and he often poked fun at himself. The image of a man who never read the newspapers has a funny tone. Lewis saw the humor in the exaggeration. While some men might pore over their newspapers every morning, Lewis did not like to get bogged down in trivia, whether in print or in small talk. He liked conversation about big ideas and he wanted newspaper articles about real news.

Because C. S. Lewis had the ability to analyze a matter from a rational perspective, he has been characterized by critics as cold and unemotional. In fact, Lewis was a deeply emotional man. In The Problem of Pain, Lewis mentioned that the book explored how he thought about suffering and pain rather than how he felt about the problem. In A Grief Observed, however, he bled his emotions all over the pages. While he is known for his logical apologetics exemplified by Mere Christianity, his preferred method of apologetics involved stories with fully formed characters who both think and feel. The idea of being a “whole” person is one that Lewis first advocated in his most important scholarly work, The Allegory of Love (1936), but he showed what a whole person looks like in his fiction stories for both adults (the science-fiction trilogy and Till We Have Faces) and for children (The Chronicles of Narnia).

For Lewis, the great internal battle between the intellect and the emotions was one that dominated his thinking, beginning with his scholarly work on allegory. He discussed it at length in The Abolition of Man in which he argues that the character must mediate between the intellect and the emotions. In terms of his own feelings and how they impacted his decisions and actions, Lewis explored these matters in his two spiritual autobiographies, The Pilgrim’s Regress and Surprised by Joy.

Though Lewis said that friendship provided him with his greatest pleasure in life, Lewis did not have large numbers of friends. He knew more people than he felt comfortable having as friends. He understood the difference between a colleague, an acquaintance, and a friend. He also knew the difference between a truly close friend in whom one could confide the most delicate and personal matters, and the casual friend who might be good company in small doses.

Lewis did not have any friends other than his brother and a cousin until he was sixteen. He had known boys at school before then, but not as friends the way he would come to experience friendship with Arthur Greeves. While he learned to be friendly through his war experiences in the trenches of France, he protected his privacy, which served to heighten the significance of the relationships with those few who he counted as the closest of friends.

C. S. Lewis was the most popular lecturer at Oxford from the late 1930s until his departure for Cambridge in 1954. He filled the great lecture hall in the Examination Schools building with a capacity in the hundreds to overflowing with standing room only. He had a well-earned reputation as a fierce debater who rarely lost an argument. He could keep company entranced with his wit and humor on social occasions when he held center stage. For these reasons, many people think of Lewis as an outgoing extravert. In fact, Lewis was never truly comfortable in public view. He had the strength of character and force of will to perform magisterially in the lecture hall as well as at tea, but it was largely performance. Lewis preferred a small group of friends who shared common interests with whom he could relax. He relished solitude and long walks. He grew out of an antisocial attitude that dominated his adolescence, but he always preferred peace and protection from the insipid small talk that went with social gatherings.

C. S. Lewis hated team sports played at school. These games were a greater misery to him than the trenches of France in World War I. Lewis had a congenital defect in his thumbs, which did not have all the joints common to everyone else. This factor contributed to a confessed clumsiness that made sports involving balls a nightmare for him that always resulted in derision from the other boys. Exercise, on the other hand, was an entirely different matter. From his boyhood, he exulted in taking fast-paced walks across hill and dale for ten or twenty miles. For a holiday in January, he might spend the week walking a hundred miles along the trails that crisscross England. Besides walking, he thrived on cycling, rowing, and swimming. Scarcely a day passed that he did not enjoy one of these activities, often with his friends, until his health broke when he was fifty.